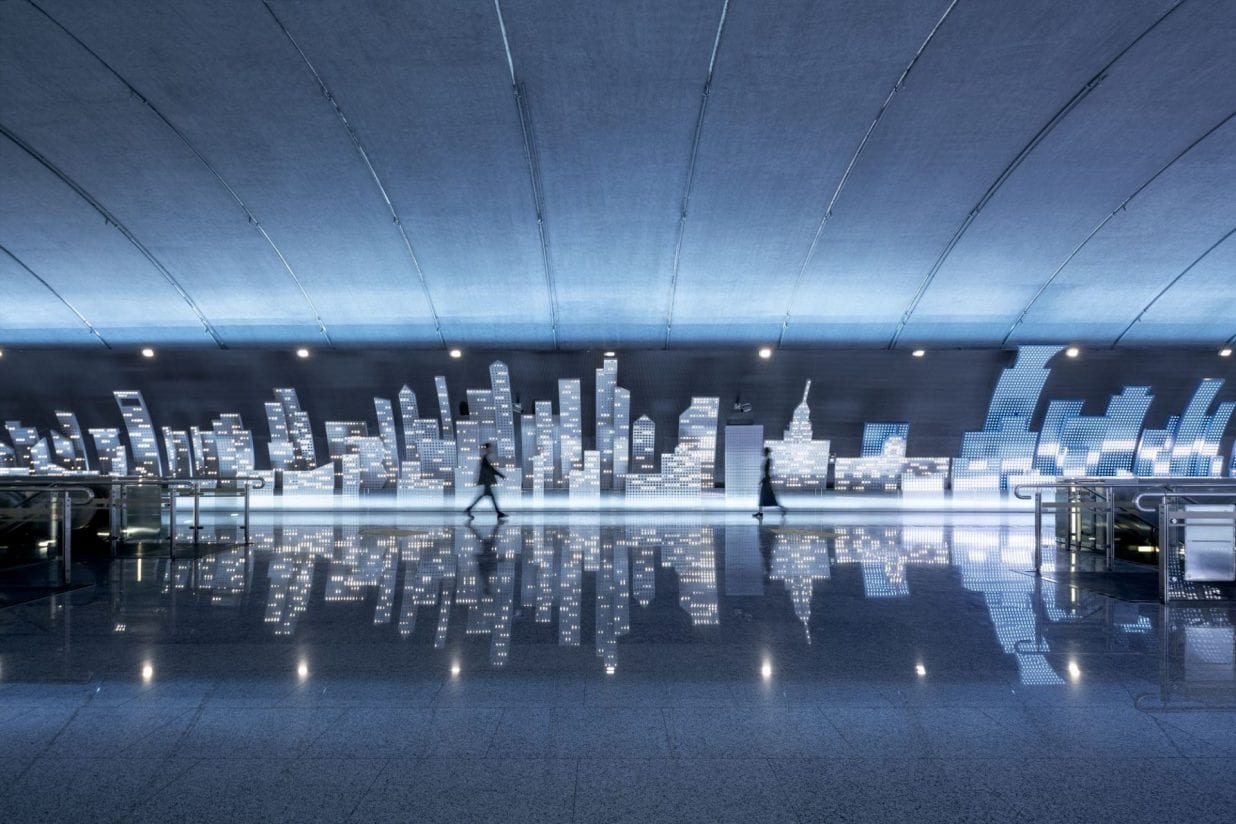 Celebrating Shanghai from a Subway Station

W-mills by Wutopia Lab was commissioned by the Shentong group to design the Shanghai Metro Line, the 15 Wuzhong Road Station, touted as the most beautiful subway station in the country that evokes a sense of pride in the city’s achievements.

“Shanghai offers many people the opportunity to realize their dreams, and in the city of Shanghai, anything is possible if you have a dream.” With this prescient, the city strives to be a design hub, from buildings to its subways, remarkable design seems to be the emphasis.

Yu-Ting, the main architect of Wutopia Lab says that subways are functional places, where people come and go, eat, or advertise. The occasional entertainer has the ability to briefly turn the subway space into a warm spot, from where people bid goodbye or return to the city. He sees the space as a symbolic public space, that urges discussions and interactions. A social space that is a symbolic cultural location which can give rise to more ideas and opinion of the city.

“Shanghai’s foundation was unsuitable for metro construction, but it ended up being the city with the longest-running subway in the world. The continuous extension of the subway has driven the rapid expansion of Shanghai’s urban areas as well as its prosperity. Based on this, an idea naturally came to mind. If the ground level of the station hall is seen as the Huangpu River, then it should be flanked by the spectacular city scenes of Pudong and Puxi, and the two ends of the hall should reflect the magnificent future of Shanghai,” says Yu-Ting, who wanted to adapt this abstract figurative visual image and effectively convey it to the citizens using a simple methodology. 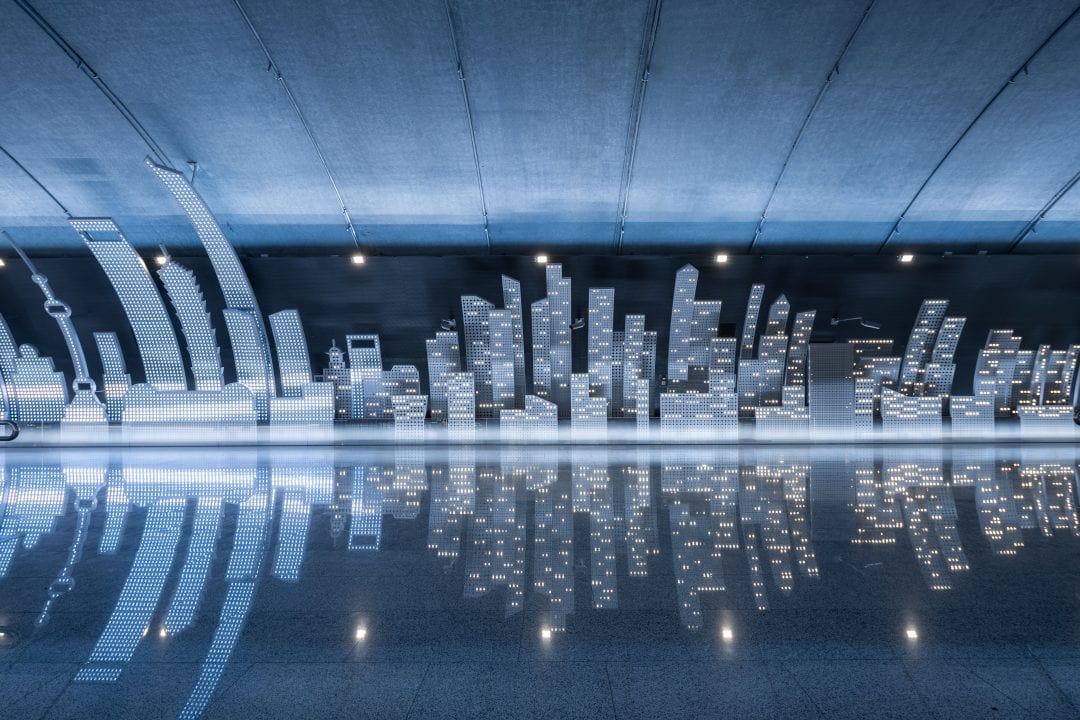 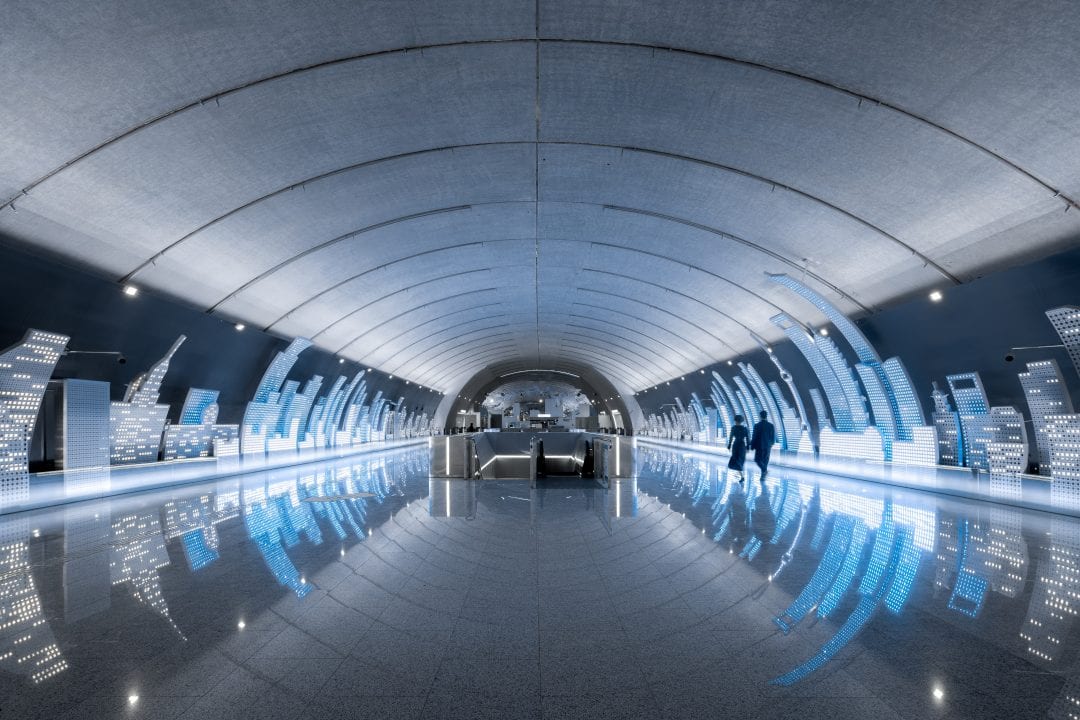 The design evokes a sense of belonging, and makes one proud to be a part of this great city, as an old or new Shanghainese or just a visitor,” he says. 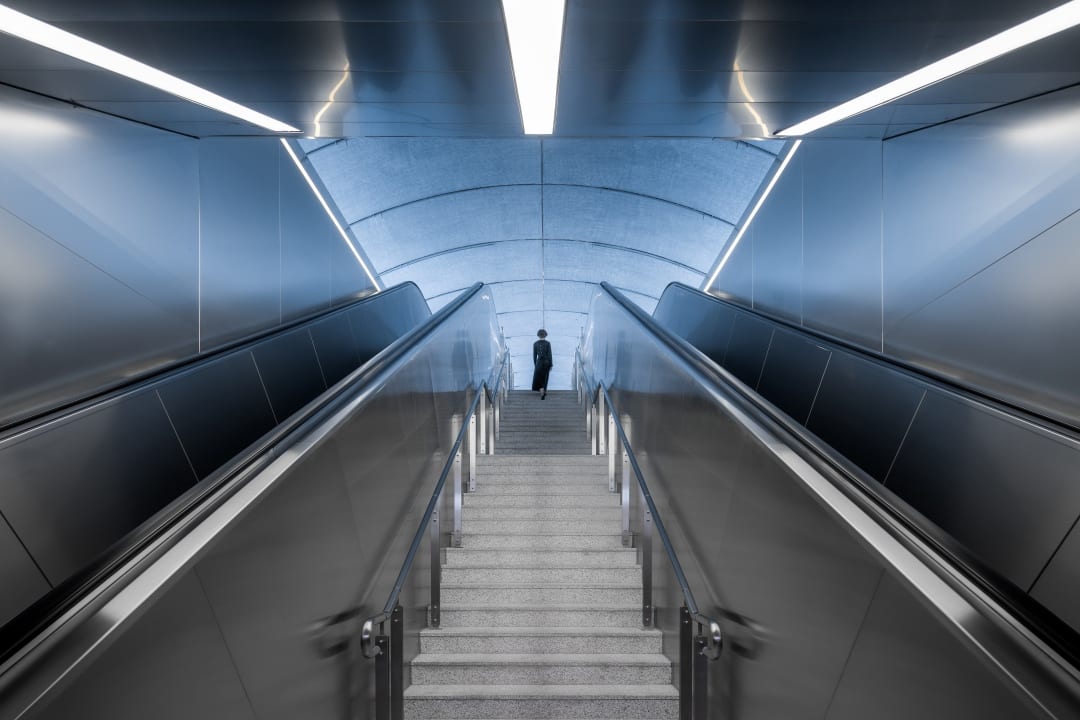 “The developer Shentong group achieved an innovation in the design of the metro station hall of Line 15, they used a prefabricated large-span stacked arch structure with a net span of 21.6 meters at Wuzhong Road Station, thus creating the first column-free unobstructed large-space platform hall of the Shanghai metro,” says the architect.

The client asked the architect to maximise the beauty and authenticity of the large-span arch of the station hall, with the original structure exposed. The nails used to fix the ceiling keel would potentially destroy the integrity of the prefabricated structure hence there was no space for the air conditioning vents, sprinklers, lighting, cameras, and evacuation instructions to be hidden in.

The architect team used the gaps between the prefabricated structural parts to embed the fire sprinkler pipe, turning them into decorative lines. The floodlighting was placed in the gap under the urban setting to light up the ceiling from the ground. The camera and evacuation indication were side-mounted using the structural keel of the city scene. Finally, the air conditioning vents are divided into two parts; one part is circular vents on the end wall of the station hall, the other part of the vents into the three side railings of the escalators and staircases, forming a U-shaped frosted stainless steel ventilation low wall. 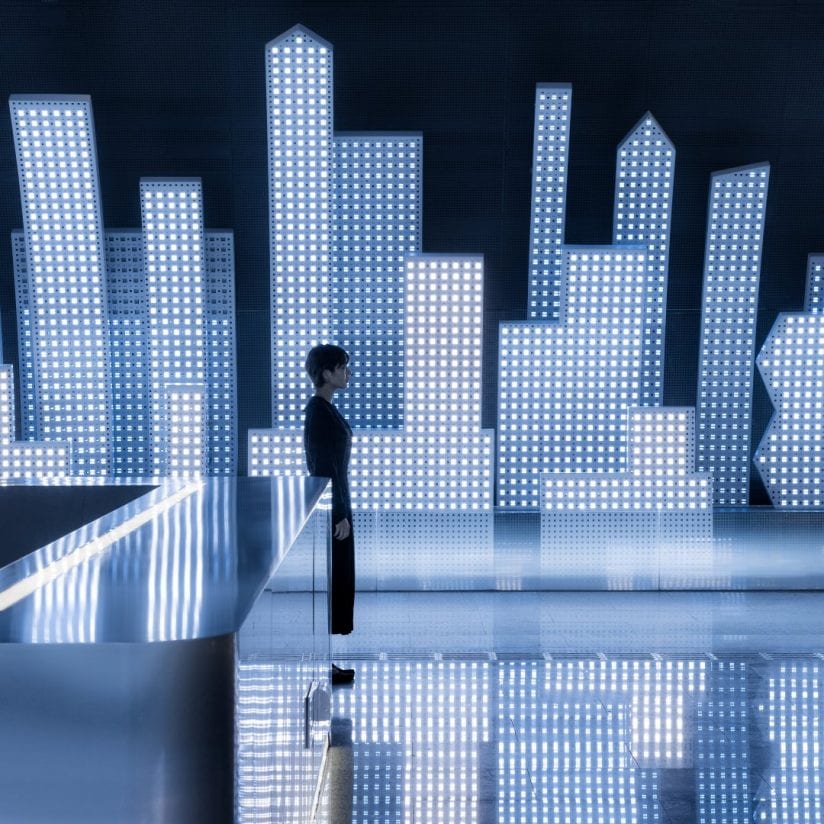 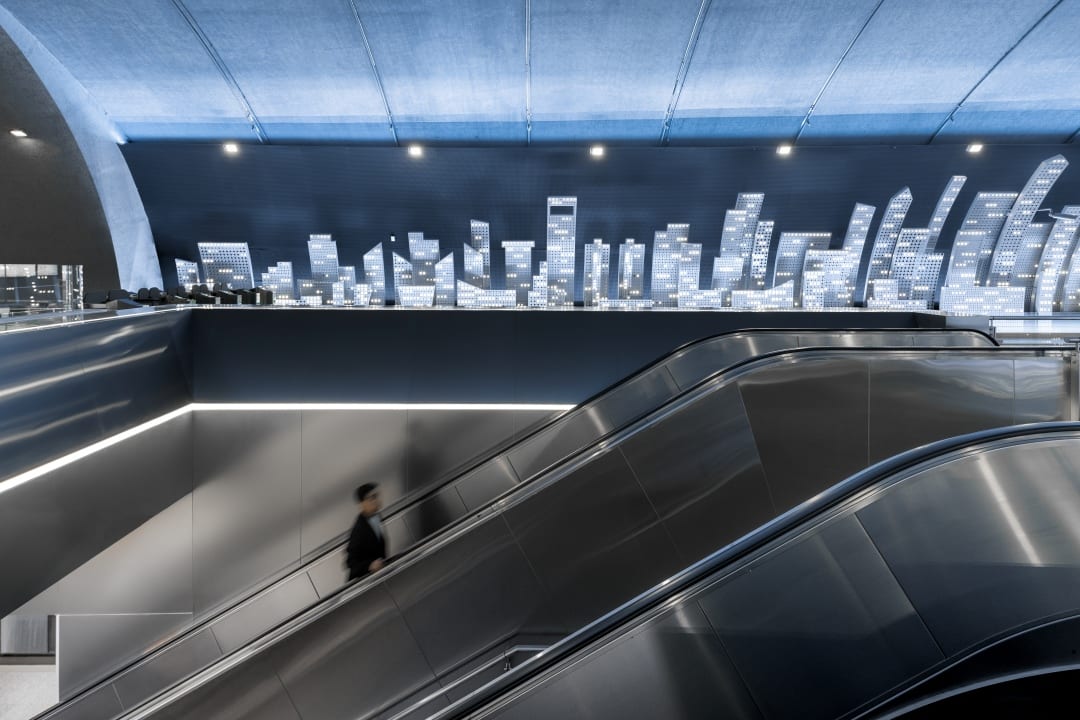 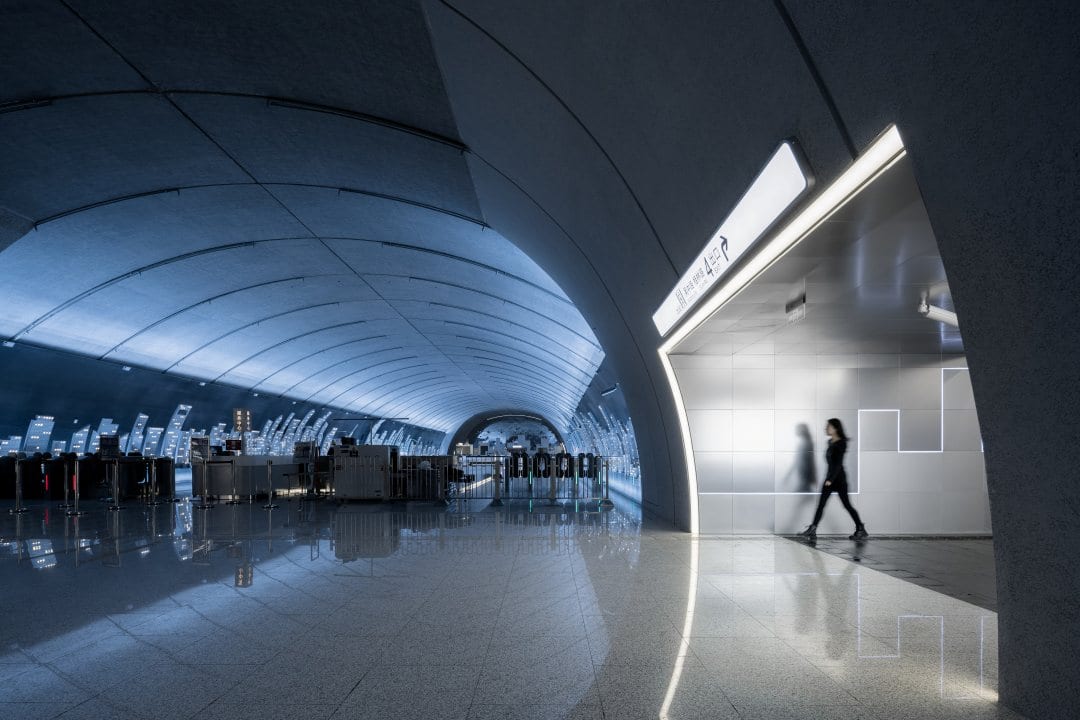 During the construction, it was found that the equipment pipelines of the subway intersected centrally above the four entrances of the station hall, and led to branch pipes running along the arch-shaped walls at a height of about 3 meters through the station hall, brutally breaking the simple shape of the arch structure and the city skyline. The architects then added a continuous dark grey curved perforated aluminum panel behind the urban silhouette, which nicely shields the pipes and served as a background for the skyline that accentuated the cityscape. The architects modified the arch curve at the entrance to make it closer to a half-circle, this modification also allowed the entrance to naturally have a volumetric doorway cover. 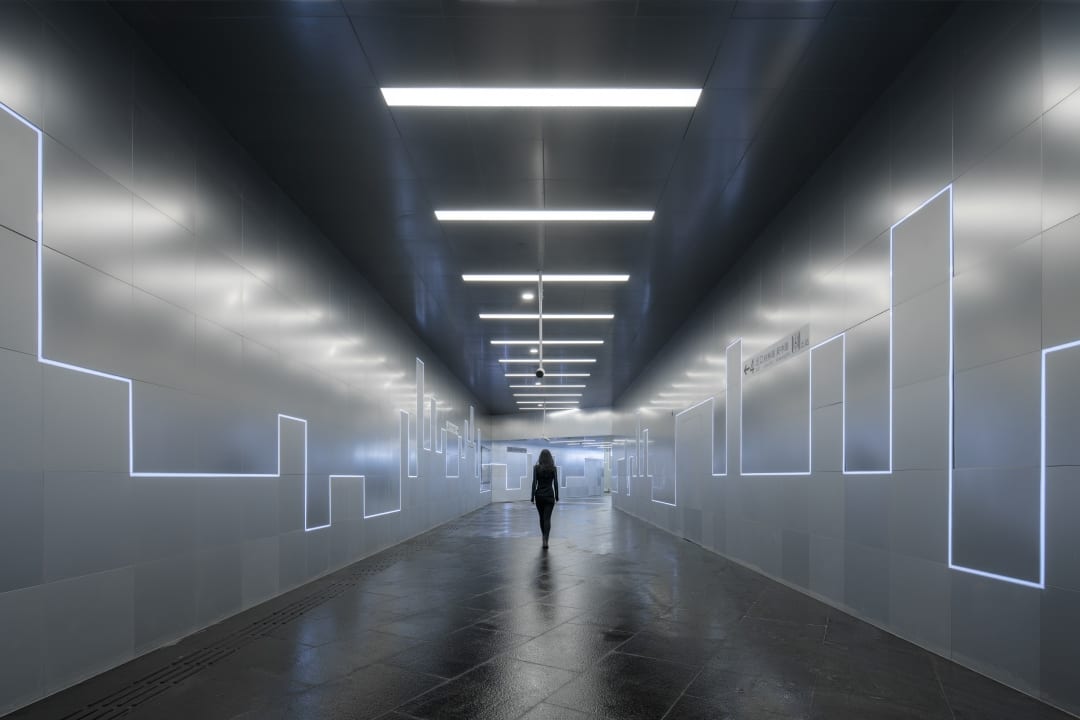 The architects had originally designed the entire wall as a complete mirror, but in synthesising the facilities and equipment found that the wall had windows for the control room, working access doors, accessible elevator doors, ventilation louvers for the machine room, and vending machines. These facilities are of varying heights and widths, with varying depths of projections. The architect continued the story of the city’s skyline, extending the line to form an abstract continuous shape of high and low buildings, with various facilities included below the line, and these windows and doorways ticket machines seem to be the city’s architecture, with the same frosted stainless steel as the ventilation wall. Above the skyline, the mirror surface is still applied, so that the cityscape on both sides seems to be projected into the infinite distance beyond the close view of the city. It seems as if the design was conceived in this way from the beginning.

The public is guided in and out of the station hall by the city’s skyline, which is abstracted into a continuous LED.

“You may notice that the platform ceiling also has this linear LED strip, but you will not realize that they are actually symbolising the Shanghai Metro map, with the movement of the light synchronising the direction of the subway running on both sides of the platform,” says the architect.

The architects are so subtle in their display of pride, a measured expression of the metro’s indispensable role as a catalyst for the great city of Shanghai. The Wuzhong Road station was described at its opening as “the living room of Shanghai.” 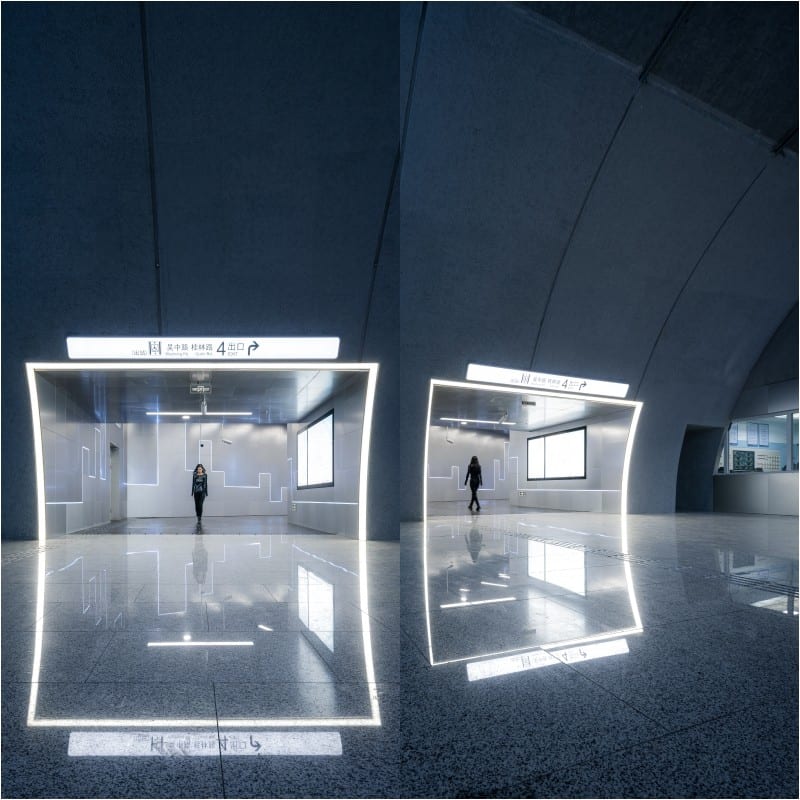 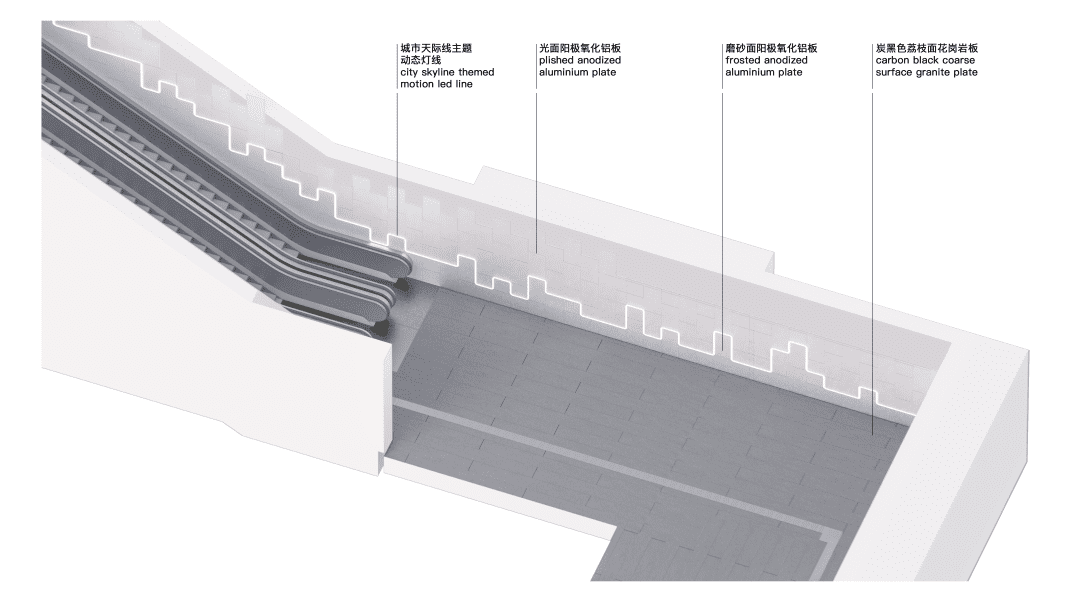 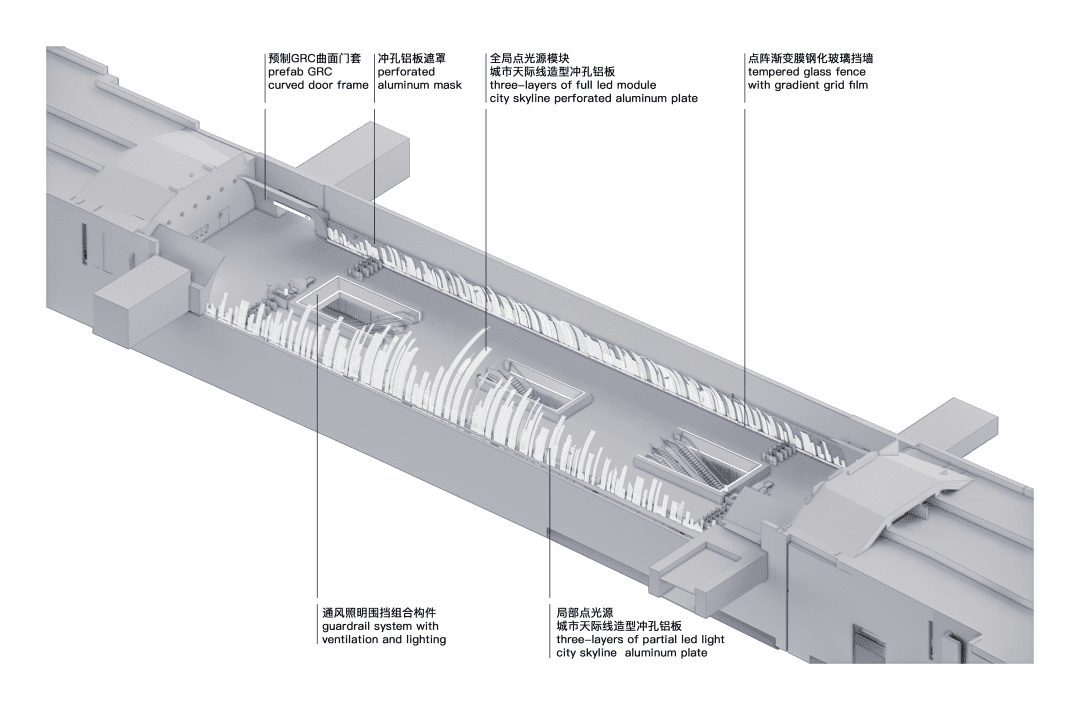 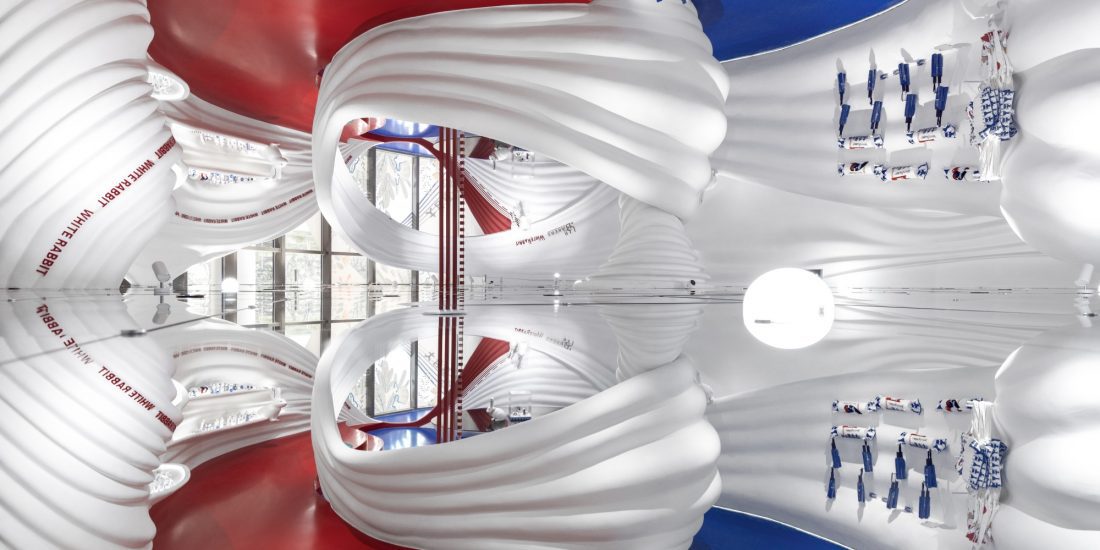 The Art of the White Rabbit Store 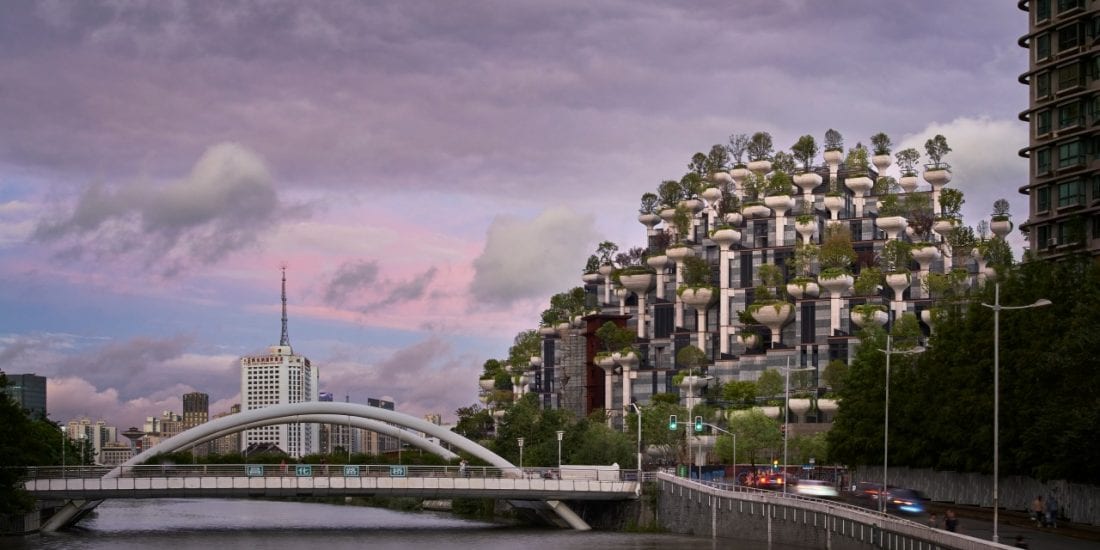 Located in a residential area 20 minutes from central Shanghai, 1000 Trees designed by Heatherwick Studios is