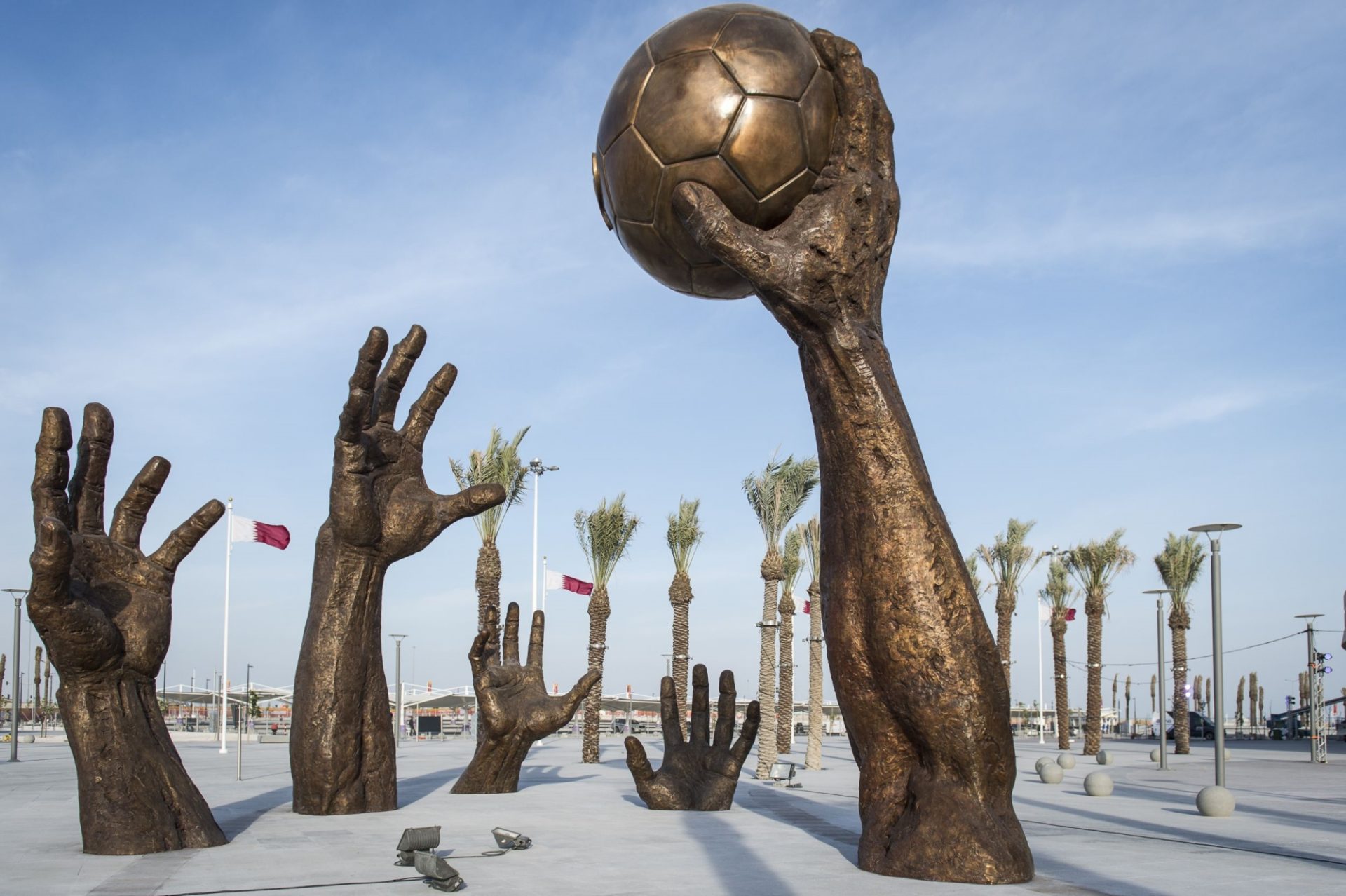 Between now and the FIFA World Cup 2022 next year, Qatar Museums will be transforming the nation’s landscape into a vast outdoor art museum experience.

Qatar Museums will install more than 40 new and commissioned public artworks throughout Doha and the nation, in a variety of public spaces including parks and shopping areas, educational and athletic facilities, Hamad International Airport, and Q-Rail stations, as well as select stadiums that will host the World Cup Games. Qatar Museums is working with various entities across the city on Qatar’s public art programme including the Hamad International Airport, the Supreme Committee of Legacy and Delivery, and the Public Works Authority (Ashghal).

Her Excellency Sheikha Al Mayassa bint Hamad bin Khalifa Al Thani, Chairperson of Qatar Museums, said: “The enrichment of Qatar’s public spaces by extraordinary artworks by artists of all nationalities and backgrounds is a point of pride for our nation. I hope these outstanding artworks will be enjoyed as a sweeping outdoor museum experience by our local community as well as the millions of visitors we expect to welcome to Doha in 2022 from the moment they arrive at Hamad International Airport.” 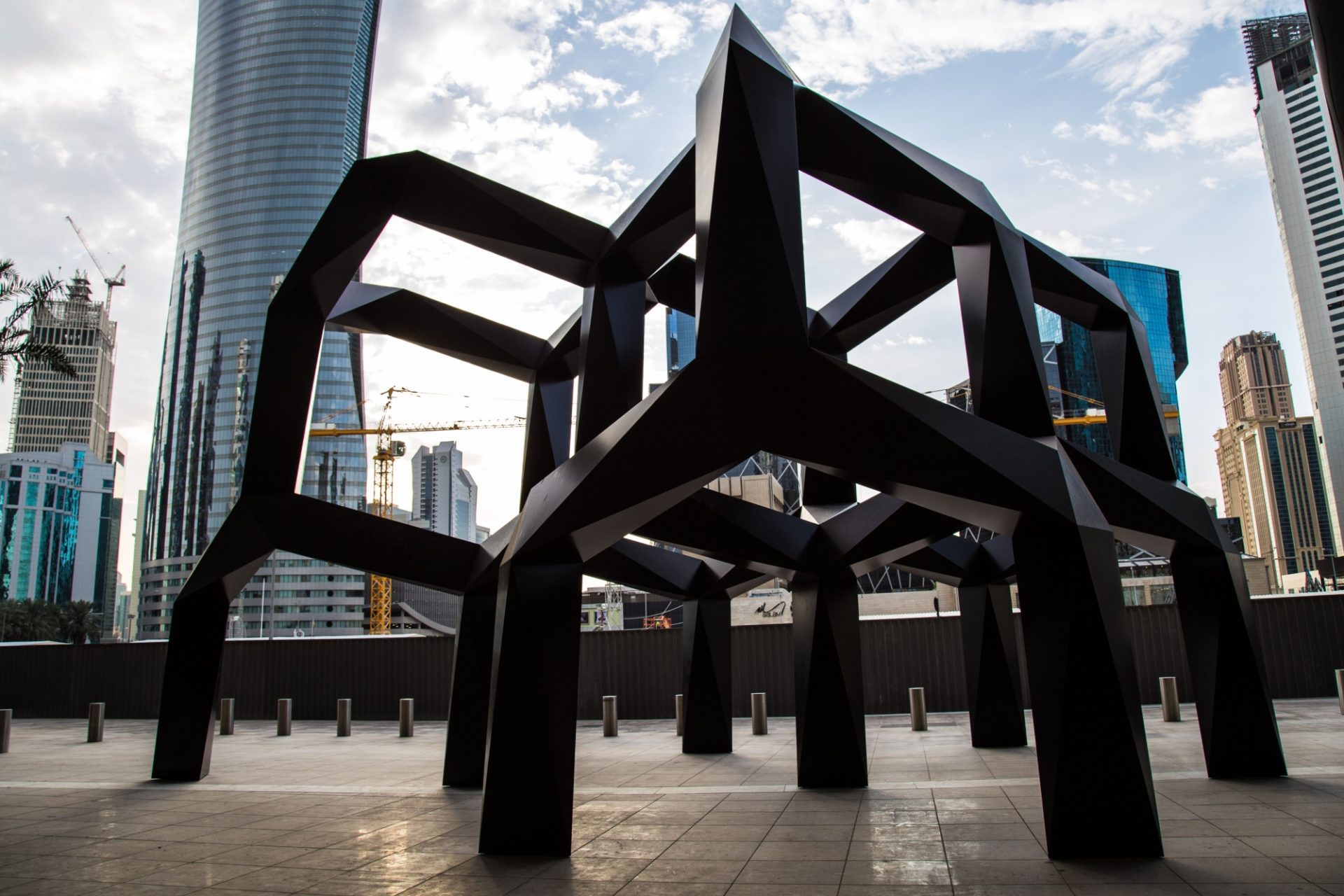 Abdulrahman Ahmed Al-Ishaq serves as Director of QM’s Public Art department said: “The addition of more than 40 installations all over Doha and throughout the country is representative of Qatar Museum’s commitment to its public art program, which enlivens the spaces we share, encourages dialogue among countless people, and provides sources of inspiration that are always accessible.” 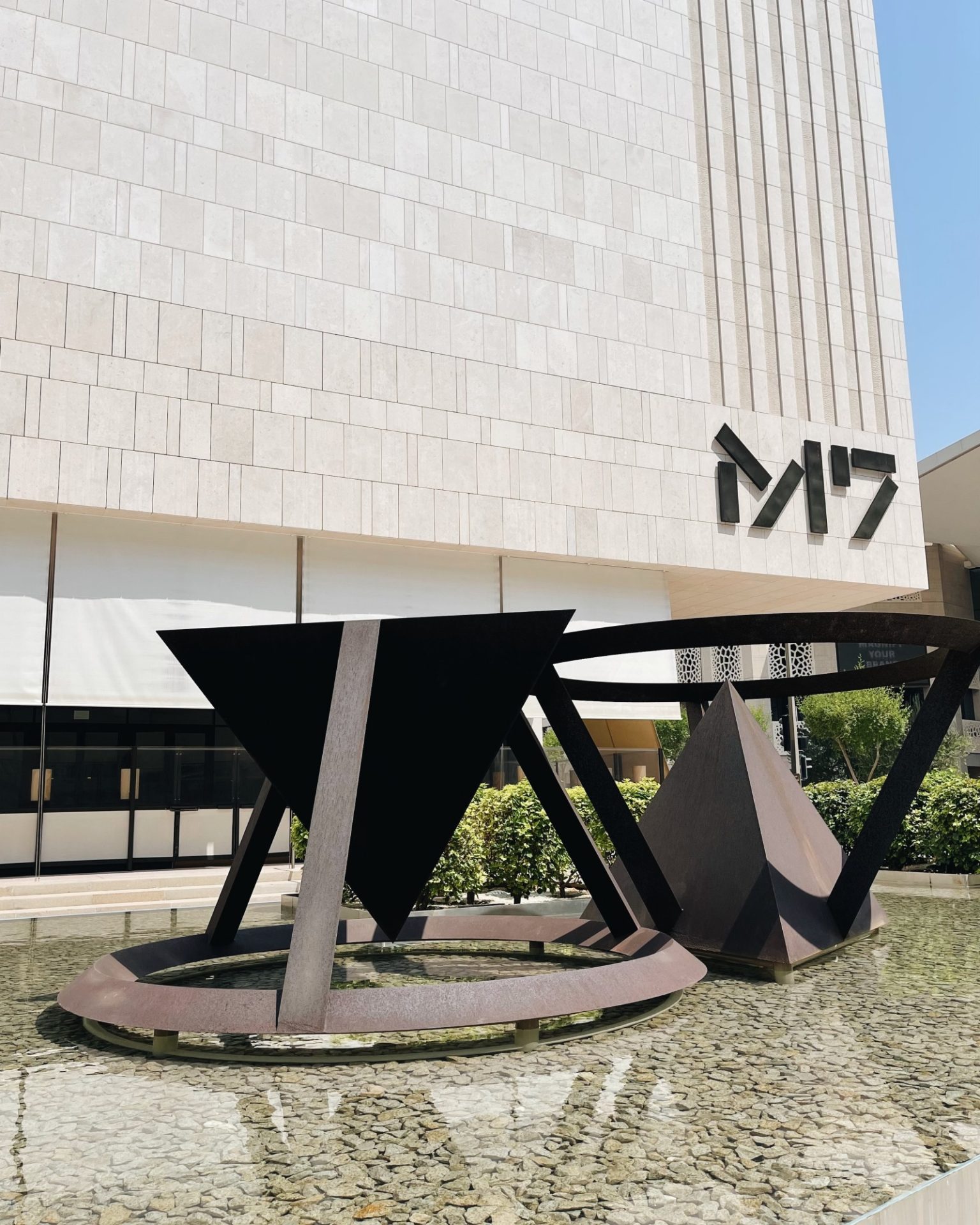 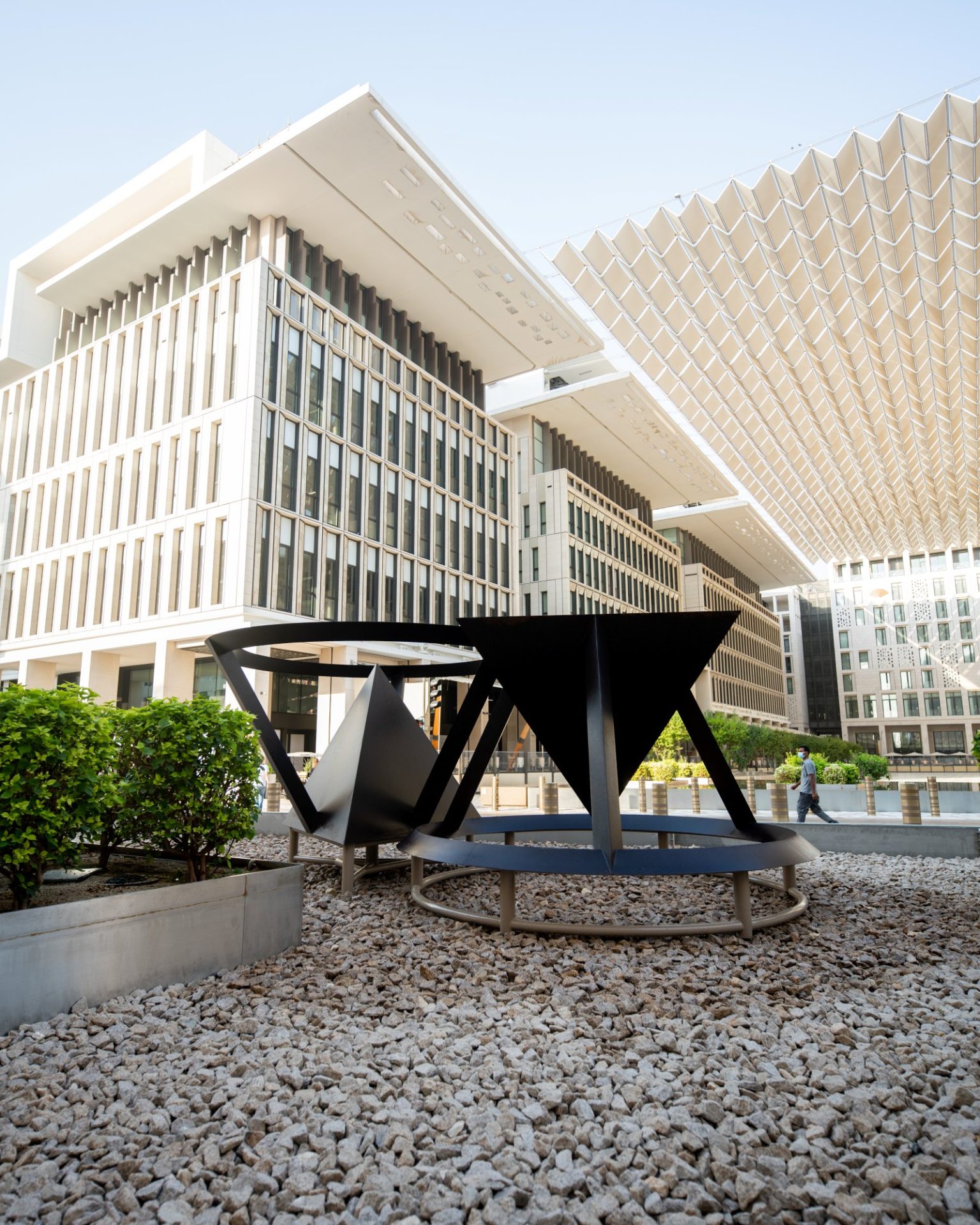 The expanded programme of public artworks began in July 2021with the installation of Tom Claassen’s monumental sculpture Falcon (2021) outside the Hamad International Airport, Untitled (Trench, Shafts, Pit, Tunnel and Chamber) (1978) by American artist Bruce Nauman outside of M7 in Msheireb Downtown Doha and Two Orchids (2015) by Isa Genzken outside of the National Theater. Other recent installations include Spooning (2009) by Indian artist Subodh Gupta at M7 and Turquoise City (2021) by American artist Mark Handforth in Msheireb, as part of Qatar-USA 2021 Year of Culture. Later this fall, German artist Katharina Fritsch’s newly commissioned iconic bright blue Hahn/Cock will be unveiled in a prominent location in Doha. 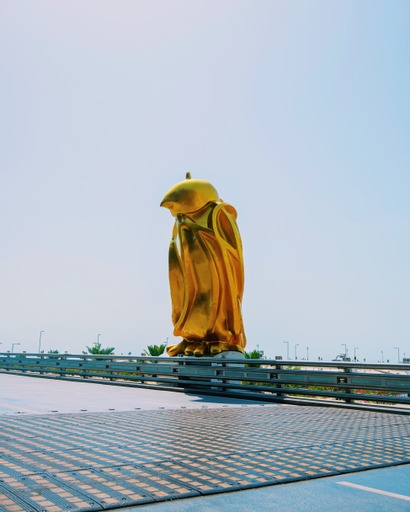 The Falcon by Tom Claassen, perching outside the Hamad International Airport. 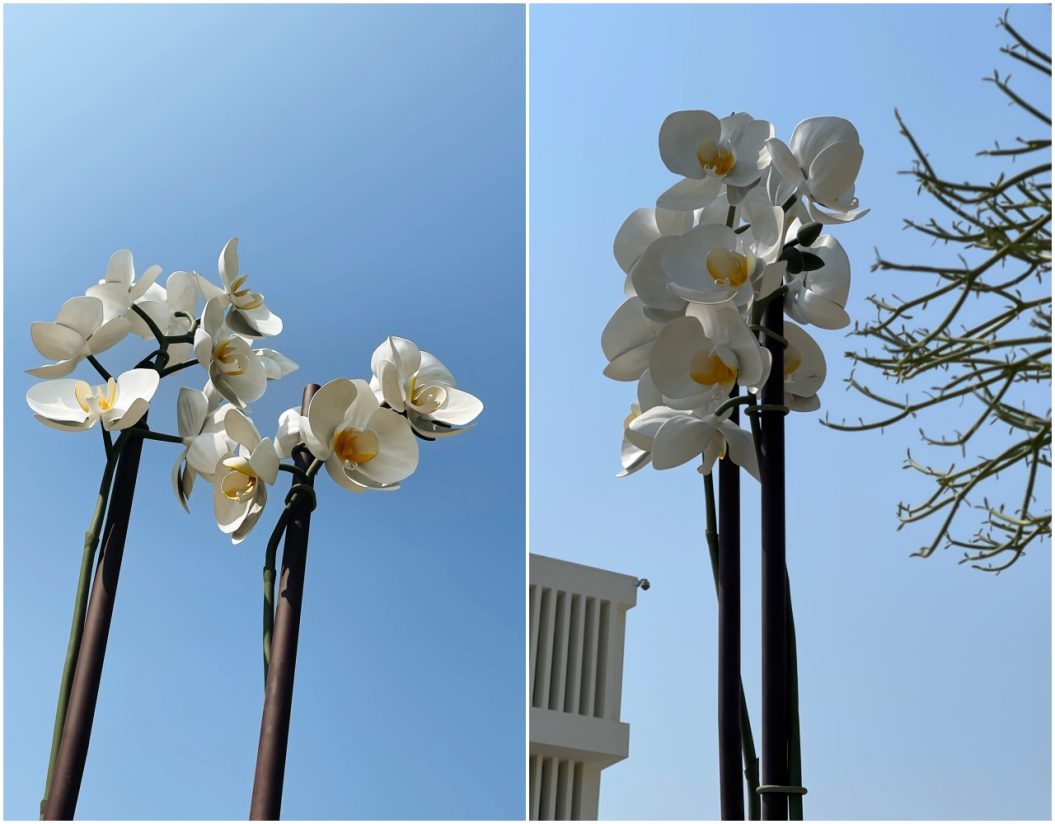 Two Orchids (2015) by Isa Genzken outside of the National Theater

With the goal of making art part of everyday life, Qatar became one of the first countries in the Gulf to create a comprehensive contemporary public art program. To date, the program has grown to encompass around 70 works by more than 60 artists from Qatar, across the Middle East, and around the world. Current highlights include East/West-West/East by Richard Serra in Zekreet, A Blessing in Disguise by Ghada Al Khater at the Fire Station, Flag of Glory by Ahmed Al Bahrani at the National Museum of Qatar, Untitled (Lamp/Bear) by Urs Fischer at Hamad International Airport, Gandhi’s Three Monkeys by Subodh Gupta at Katara Cultural Village, Maman by Louise Bourgeois at the Qatar National Convention Centre, The Miraculous Journey by Damien Hirst at Sidra Medical Centre, Bench by Saloua Raouda Choucair at MIA Park, Flying Man by Dia al-Azzawi at Hamad International Airport, and many others. 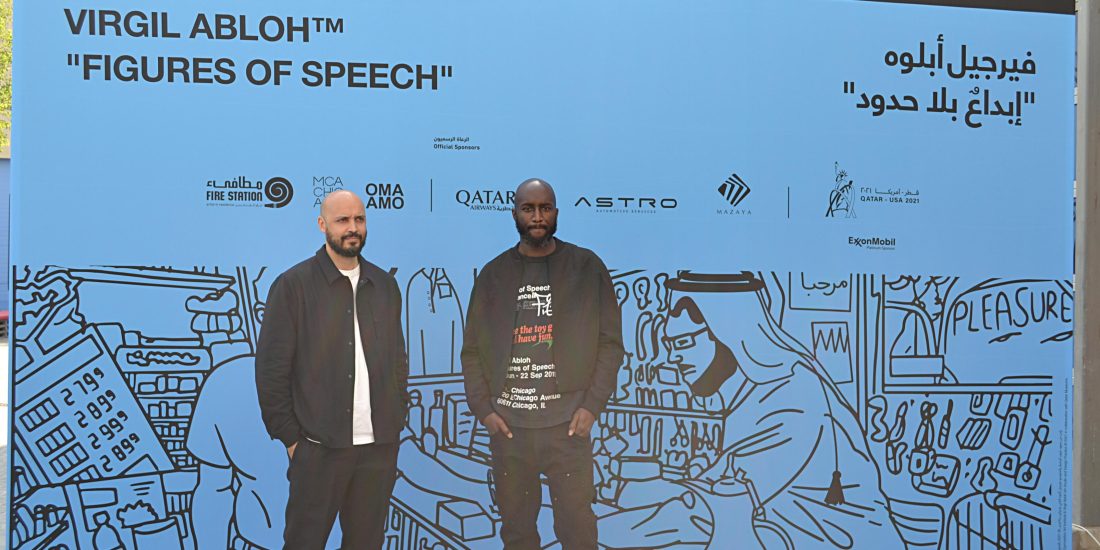 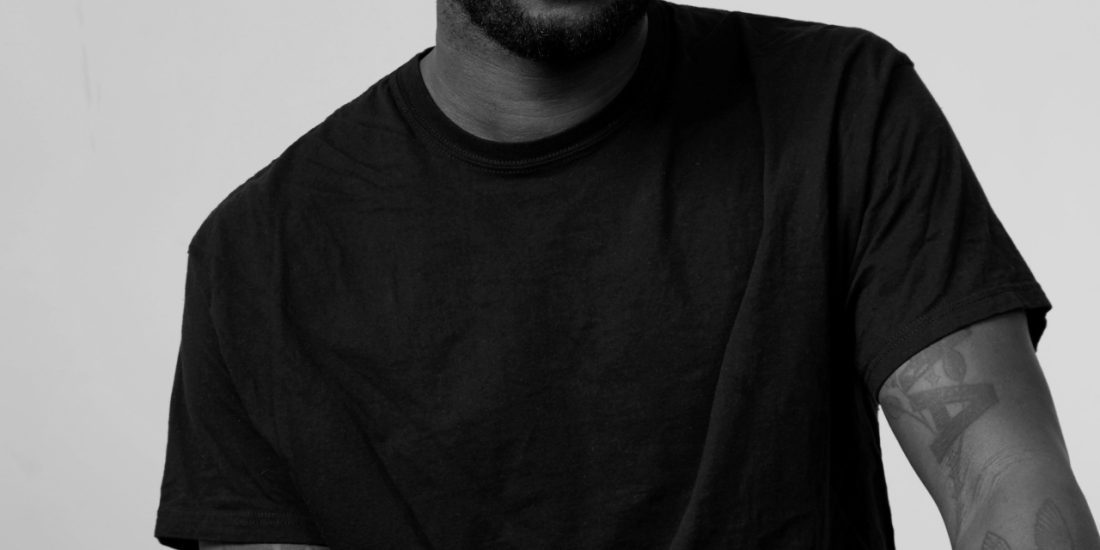 Works of American Designer Virgil Abloh to be Presented in Doha

On November 5, 2021, Qatar Museums will present a mid-career retrospective of the acclaimed American artist and 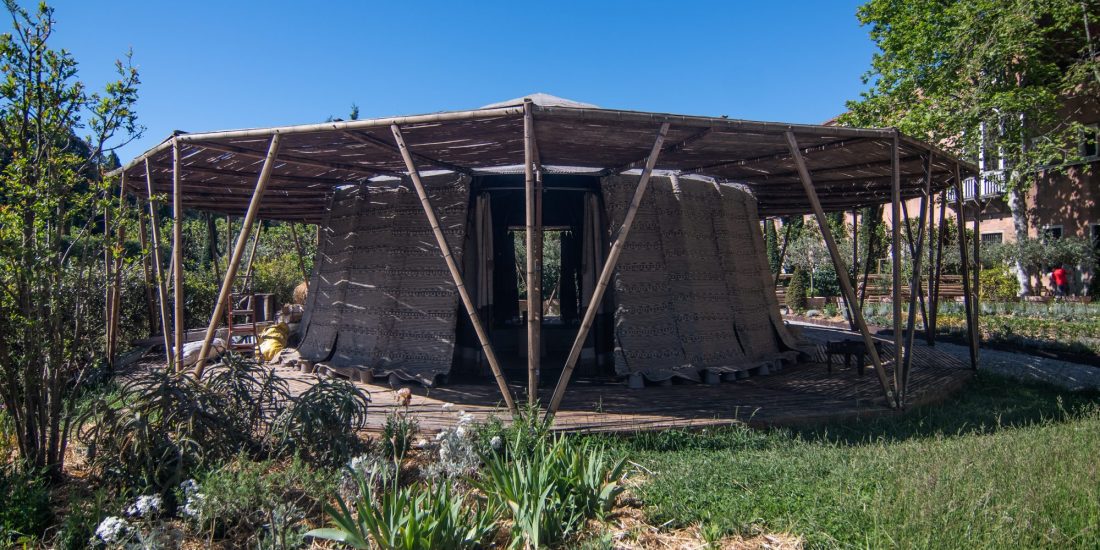