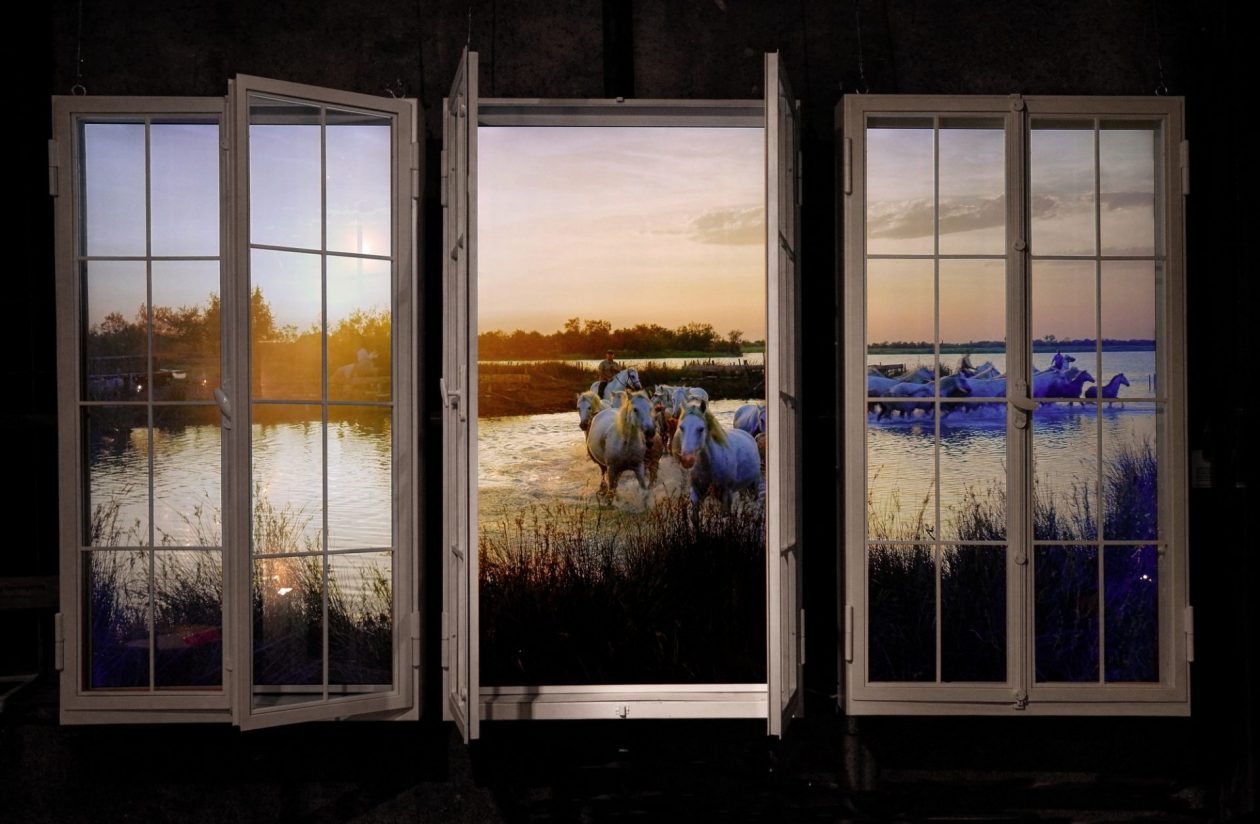 Windows that Open into the World

A longtime collaborator of Italian design maven Rossana Orlandi, Marco Tabasso along with his wife Tati Uzlova and visual wiz Robert Andriessen brings to life AnotherView Project, visual windows that project a slice of a far-away experience into your space.

Mesmerising pastel pink skies with clear blue waters set the background as a gentle white foal nudges his muzzle curiously against the white window frame as if peering in to see if someone’s home. The view unfurls outside a window unexpectantly found in a rustic lodge somewhere along the coastline of the south of France and yet here, the horse is looking into a home some 5,000 kilometers away in a desert privy of any marshland, the natural habitat of the Camargue white beauties. A mirage of an oasis it is not, rather an innovative object that combines a compelling mix of art, design, technology, and emotional storytelling – an idea aptly conceived by one trained in the school of philosophy.

A longtime collaborator of Italian design maven Rossana Orlandi, Marco Tabasso, used to curating selections, began to imagine an idea never explored in the gallery putting to use his artistic and philosophical background. The lightbulb moment arrived at windows, a design accent that rarely takes center stage in projects and yet represents an essential part of living spaces. “It’s a filter between the interior and the world. We always see the world through the window, it separates the private and the public life,” Tabasso began. What if the windows opened into views of a watering hole in Okaukuejo, Namibia instead of the dreary construction site of the next skyscraper destined to be your new neighbour? 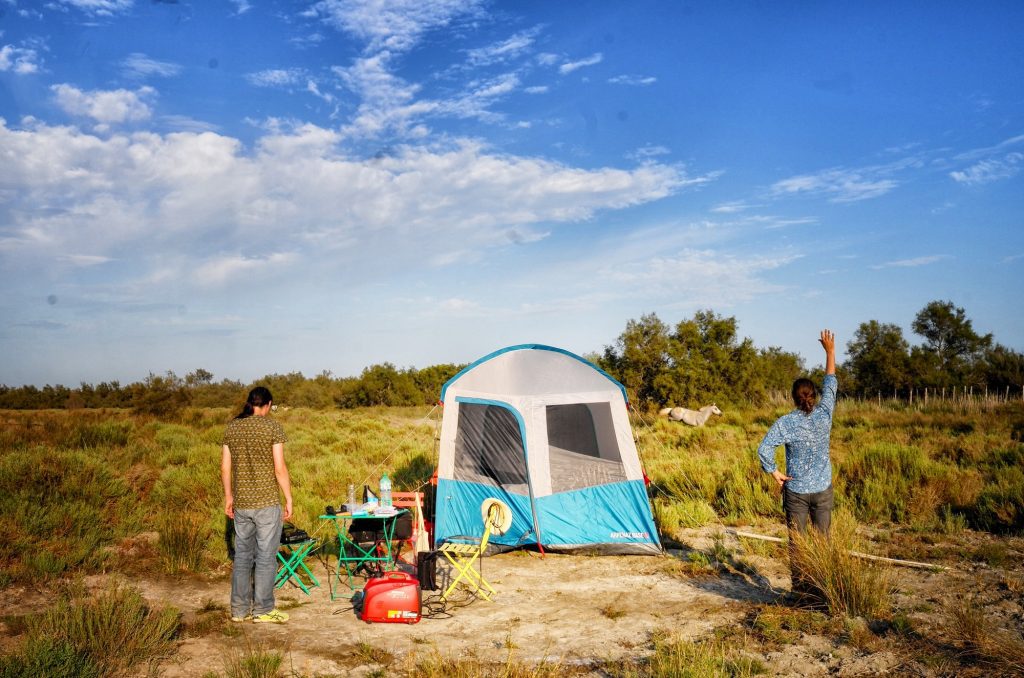 A page from the travel experiences of the creators of the Project.

Along with his wife Tati Uzlova and visual wiz Robert Andriessen, the trio set off on adventures, sometimes planned, other times purely by instinct to capture 24-hour time periods in specific locations. These videos, rendered and mounted on frames reflecting the destination’s design aesthetics, bring to life the AnotherView Project, visual windows that brings a slice of a far-away experience into your space. “It’s the mood perceived when people look out of windows. The project transforms the feeling of the house into something nomadic and organic, say if you have different windows installed in different rooms, you are transported into a different space. Changing the filter of what you see changes your mood and the way you live in the house,” Tabasso explains. 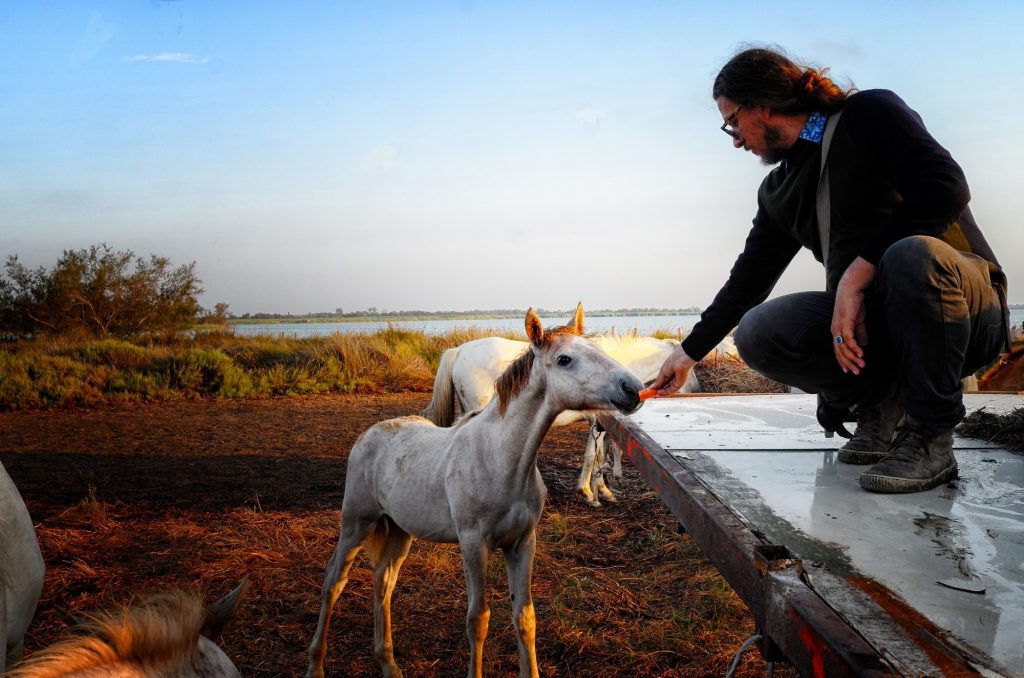 The visuals represent instead a slice of life filtered through the trio’s retrospection, to be pondered, to be observed, to be interacted with, and to become a part of the narrative in your space.

The visuals also delve deep into the collective’s journey, a 24-hour snapshot of a chronicle lived in a specific moment and place, usually iconic or remote, and always with a purpose and significance. “We start shooting at midnight and we go on for 24 hours, and if something goes wrong, we start all over again so it’s a continuous slice of life for 24 hours,” Tabasso says. These memories captured and immortalised into these windows, create a sort of a new form of performance that meets static art meets interior design because it is not just a piece of furnishing or painting to finish the last corner of your home. It represents instead a slice of life filtered through the trio’s retrospection, to be pondered, to be observed, to be interacted with, and to become a part of the narrative in your space. 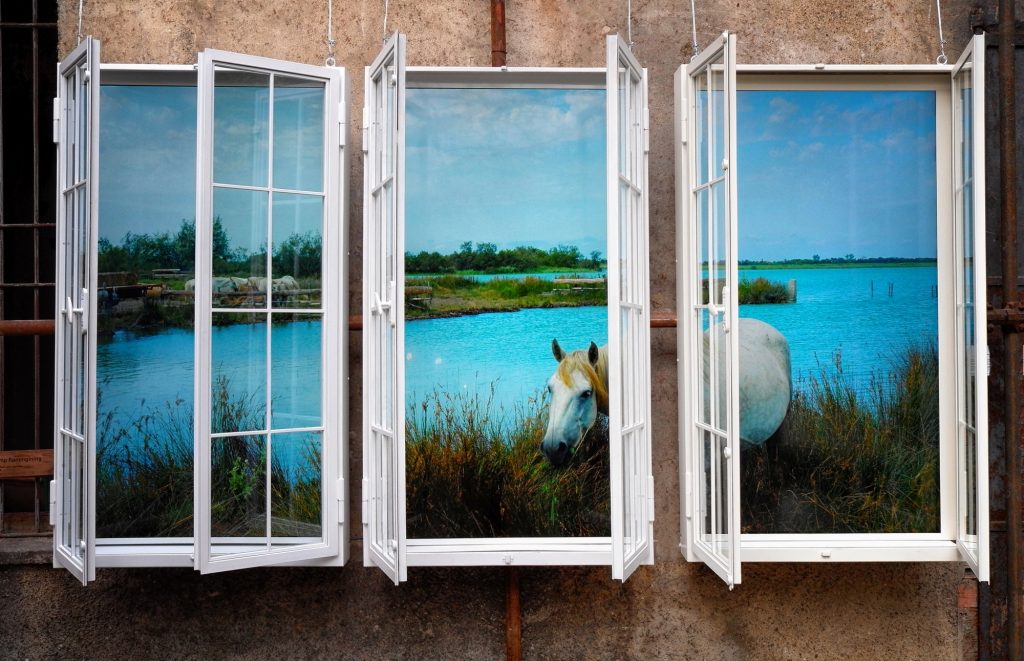 Just like the Camargue horse who cheekily nudged through the window looking into the space of an apartment in Qatar, it is not an action that happened in a vacuum but an interaction between the animal and the team who shot this particular scene from the tent that they were living in to realize this project. “That interaction now becomes the interaction of whoever who owns this window. It is an image that is loyal to what we experienced,” Uzlova says, “and most of the time we try to appear too in the videos for brief moments.” 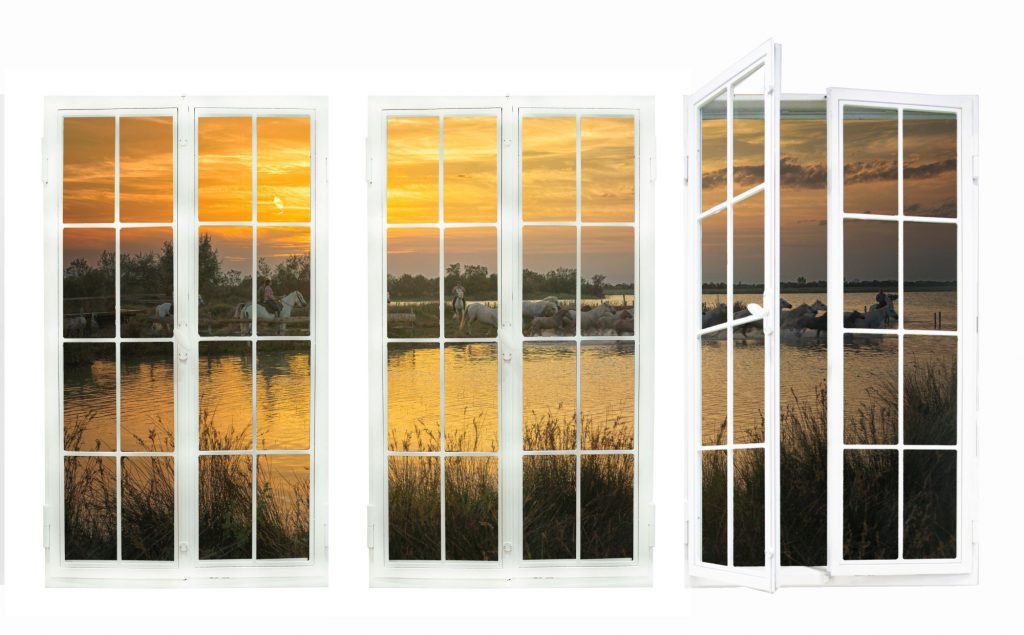 Luxury edition, a three-window piece, is installed in House No 10 of the Msheireb Townhouses designed by Rossana Orlandi. “I love to dream, and I love to dream about nature, which is why I positioned The Camargue by Anotherview in the master bedroom. To help to dream my best dream,” says Orlandi.

Since 2016, the collective has finished 21 windows with another 7 currently in production of wide-ranging locations including Mae Klong River in Thailand, the Western Wall in Jerusalem, Varanasi in India, and the Dolomites. Ten windows are produced for each video, though in rare cases more editions are made and the first one ever sold was a view of the Grand Canal in Venice. A Mae Klong River window sits in the Roman boutique of Italian lifestyle label Roi Du Lac with opportunely placed coffee tables and photos of the cozy corner had clients thinking that the brand had opened a store in Thailand. The project has in light of the pandemic become an alternative form of wanderlust cure for their clients, many of whom are emotionally attached to certain locations around the world. “People are beginning to notice things at home that they never did because they are spending more time indoors. Emotionally in some way, our project keeps windows open into the world, allowing the mind to hope for the future and new possibilities instead of despair,” Tabasso explains. At Voce Aimo e Nadia, the bistro of Milan’s Galleria d’Italia, a single panel AnotherView window overlooks into the city’s iconic Galleria Vittorio Emmanuele which is just physically stepping away. Bustling with life, it is a fond reminder of what was and what the city hopes to be again post-virus. 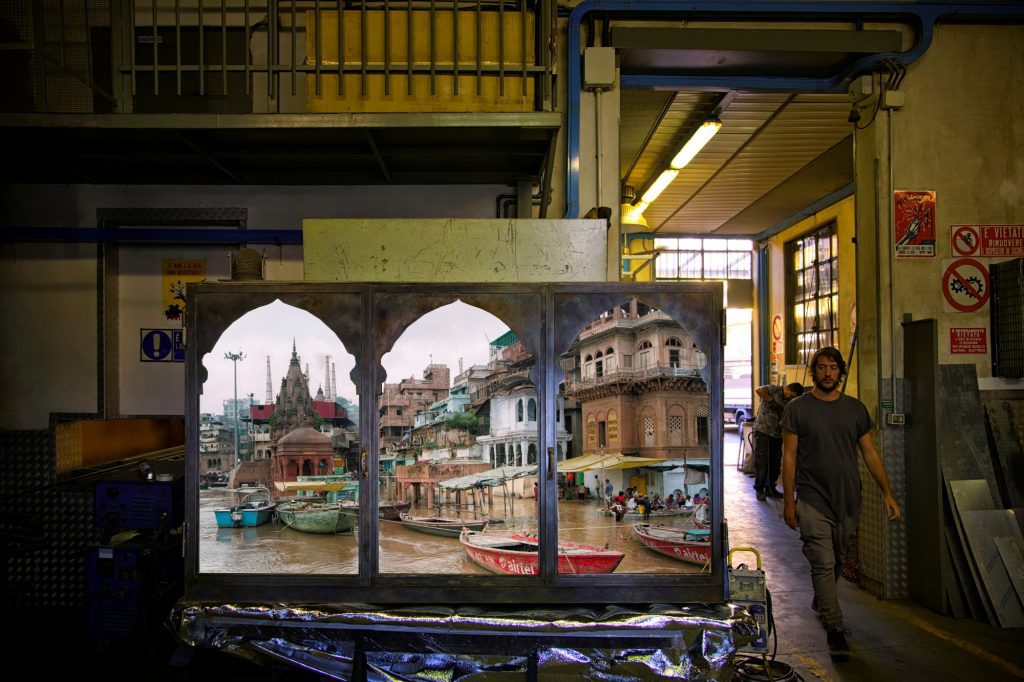 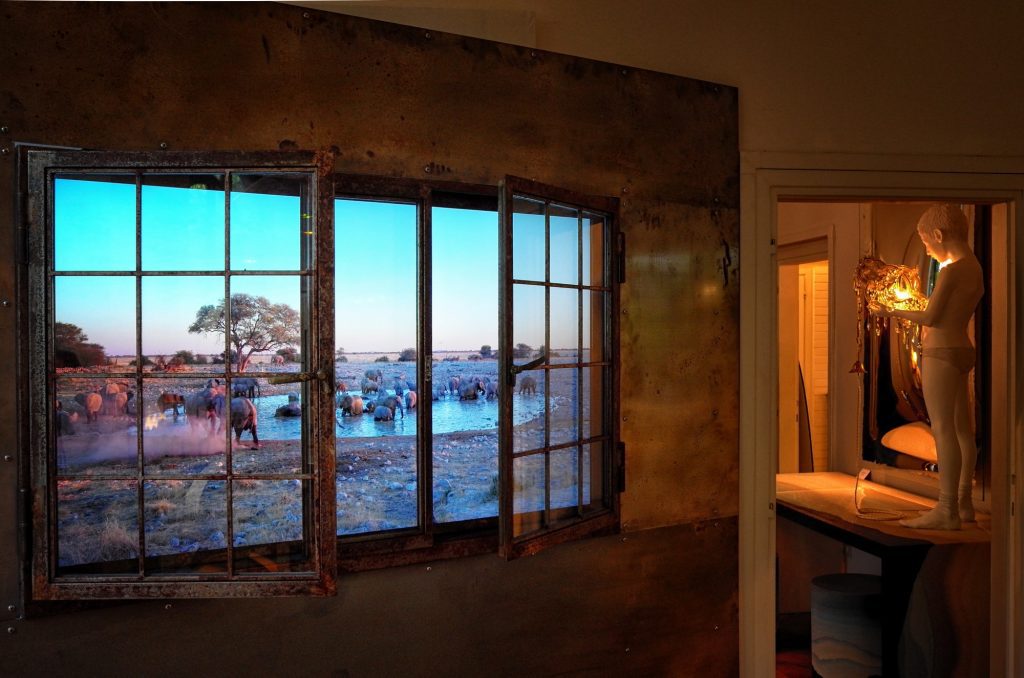 While some places like the Milanese icon are easier to capture than others, the lack of infrastructure and obstacles almost never undermine the team’s resolute in shooting specific locations, even if some permits have been in pending for four years and counting. “We like capturing religious places in general because they bring special emotions to people,” Tabasso says, “We wrote to a Sikh temple in Amritsar four years ago and we’re still waiting for a response!” In certain cases, the collective has learned that ad hoc initiatives often work better than forward planning. “We once booked an apartment with a great view and when we arrived, a construction crane was sitting right outside the window. Lodging issues, power supply, or if the weather is just not conducive. The best solution is always to improvise on the spot!” Uzlova recounts. 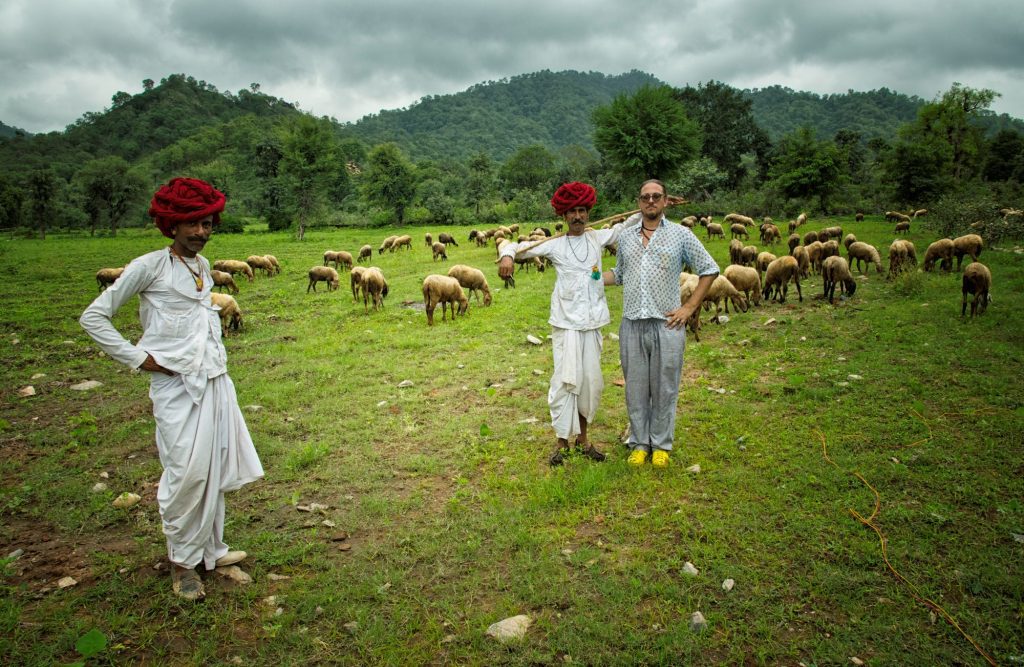 Using their unique concept to give voice to nature and climate issues that are often difficult to grasp in a soundbite, an article, or a TV clip.

The collective is now in gear to create archives of places and moments that may no longer exist in the future, incepted from their shoot in Okaukuejo where they were able to capture Namibia’s nearly extinct black and white rhinos in the quiet hours of the night. Using their unique concept to give voice to nature and climate issues that are often difficult to grasp in a soundbite, an article, or a TV clip, they hope that an immersive 24-hour experience can portray an intimate reality resembling normal life that can create a better understanding and awareness of the what’s happening to the world. “Sinking islands, fading cultures. We would like to curate an exhibition or a museum of places and things that we’ve lost along the way,” Tabasso says.

Imagine that windows could do just that, make you forget the smog or the pandemic that is happening outside the walls of your space and that behind the moving visuals playing out in front of your eyes there are stories of not just those who captured them but the realities of a precious place somewhere else in this planet that we call home. 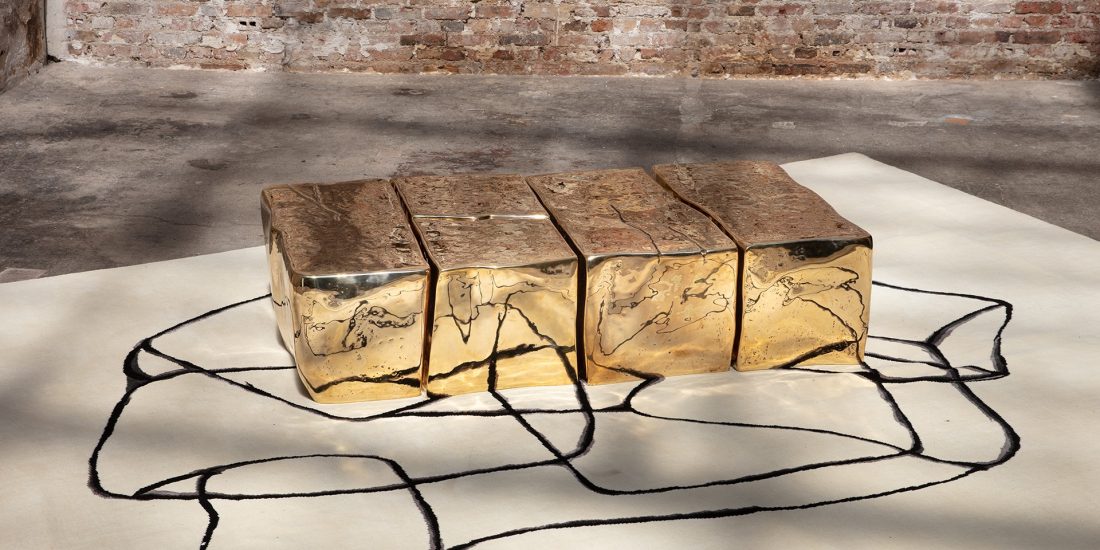 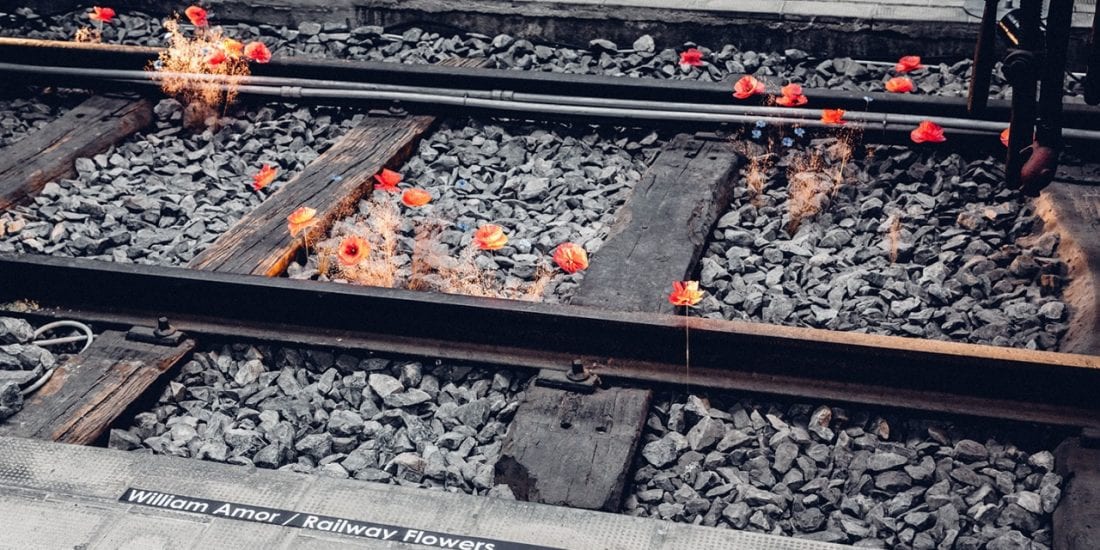