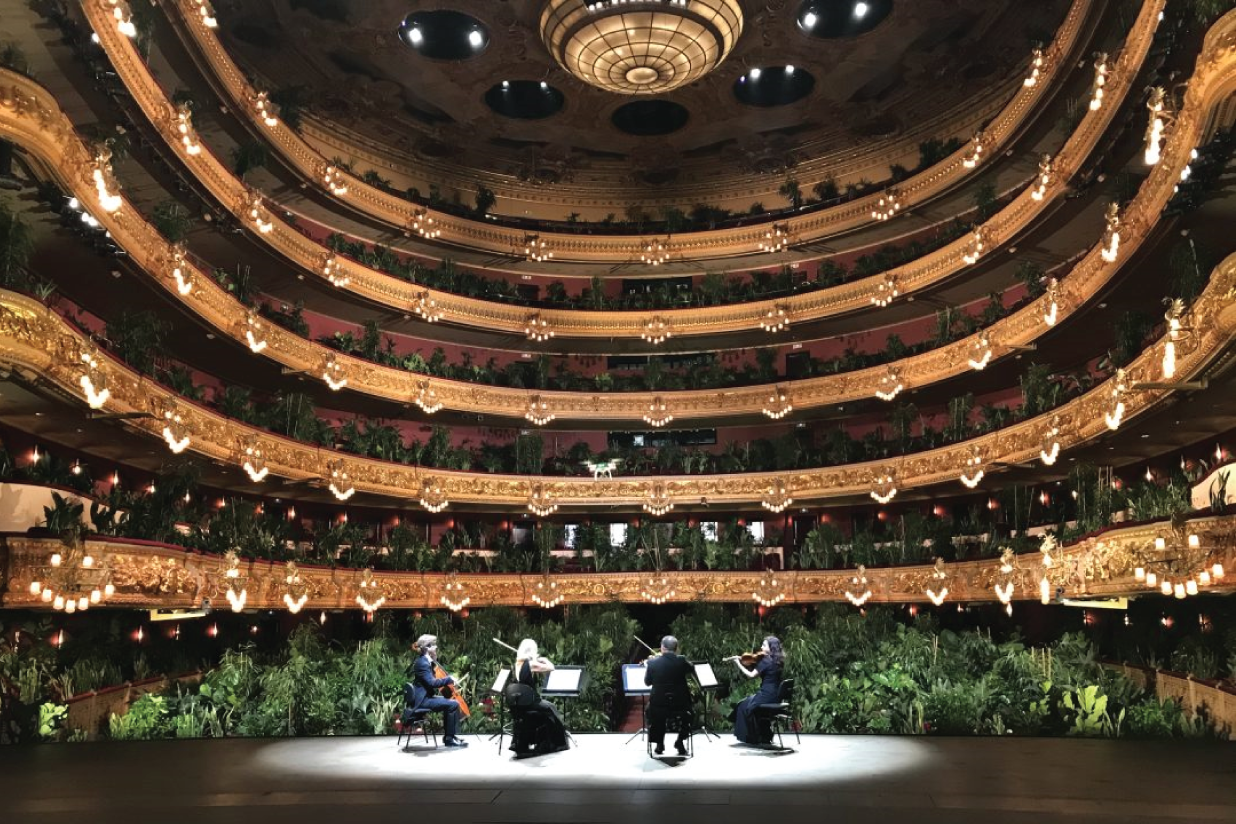 On June 22, Barcelona’s Gran Teatre del Liceu Opera house was sold out to an unusual audience of thousands of plants as musicians played to mark Spain’s lifting of lockdown. The concept of the performance was conceived by Spanish artist Eugenio Ampudia. By Sharanya Prasad 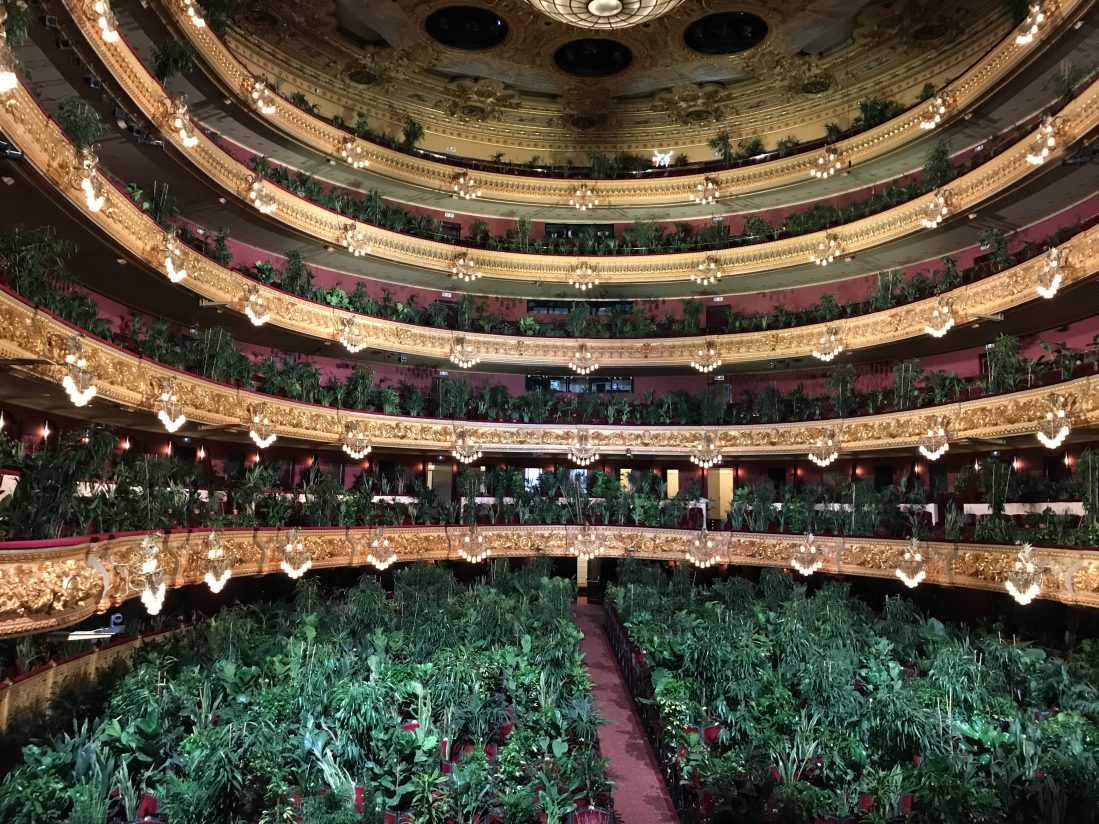 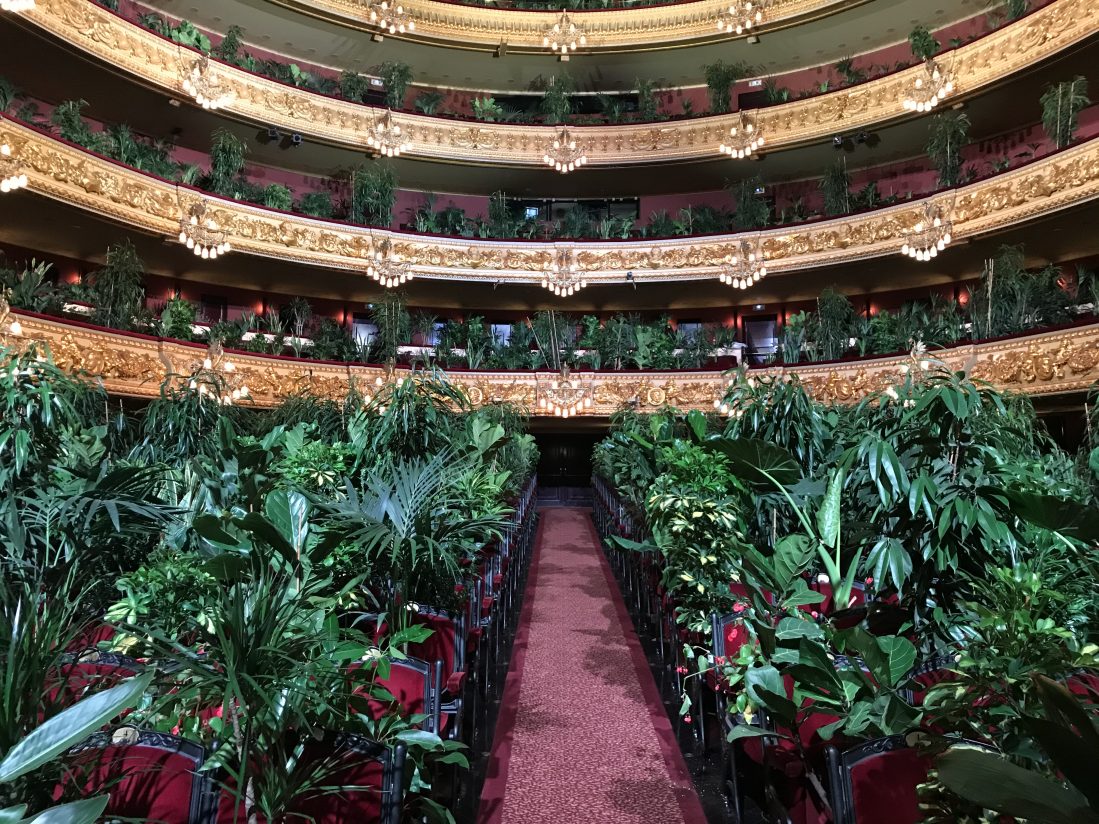 The novel Coronavirus occupied a permanent spot in our lives in 2020 as an uninvited guest. Staying at home and minimizing social gatherings have helped us get closer to nature. Be it restarting that gardening project that was shelved for years or listening to the birds chirp away happily on our trees, this pandemic did slow us down while it encouraged us to observe the sound and sights around us. 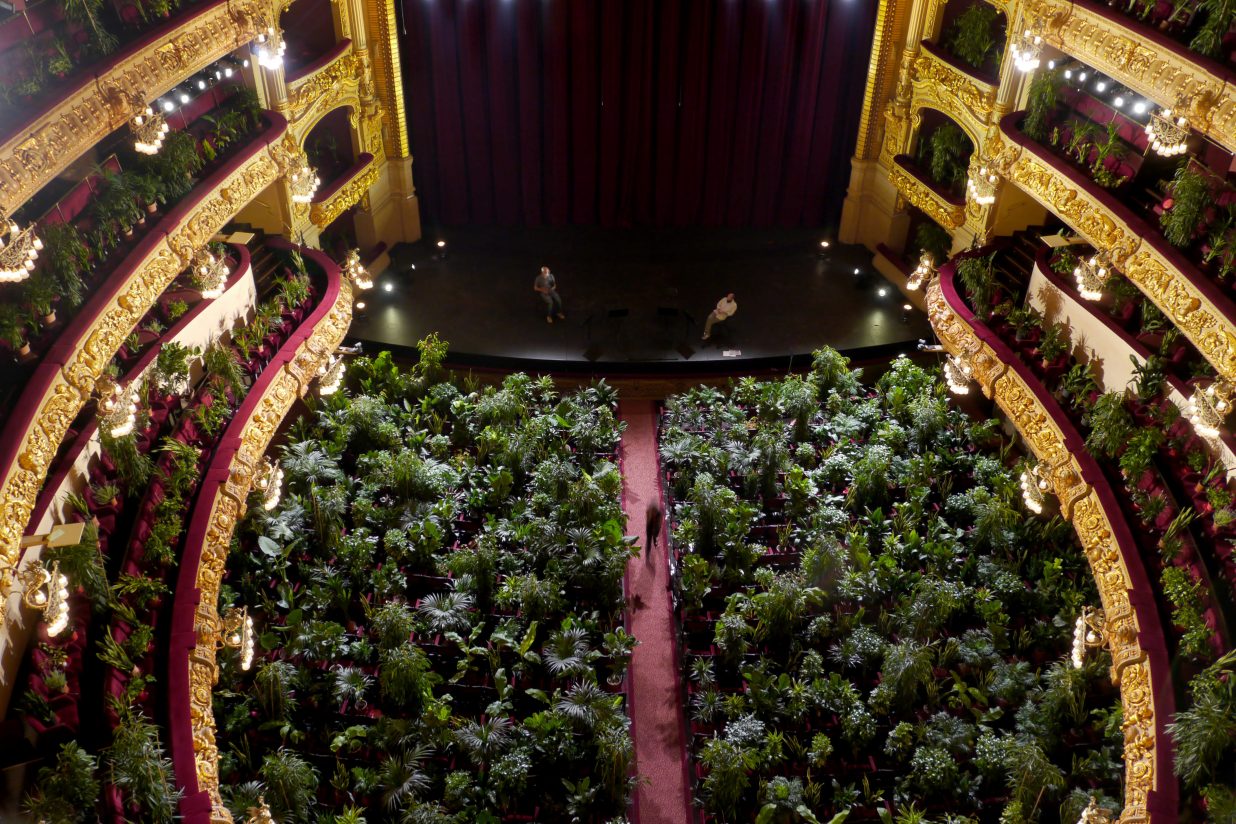 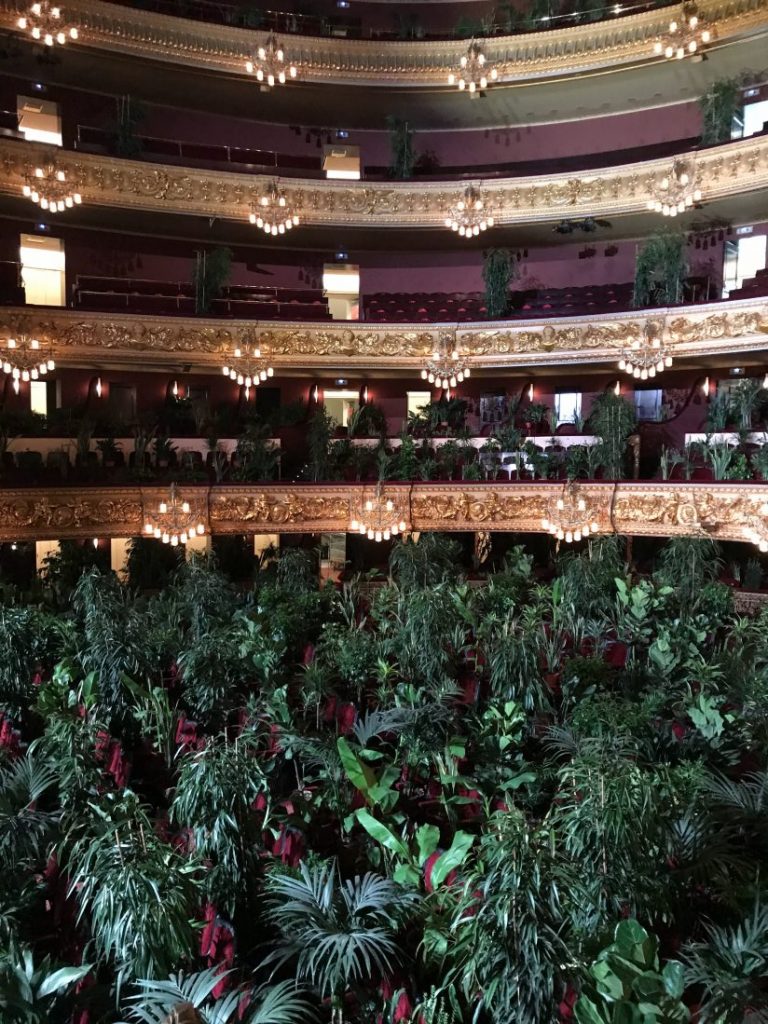 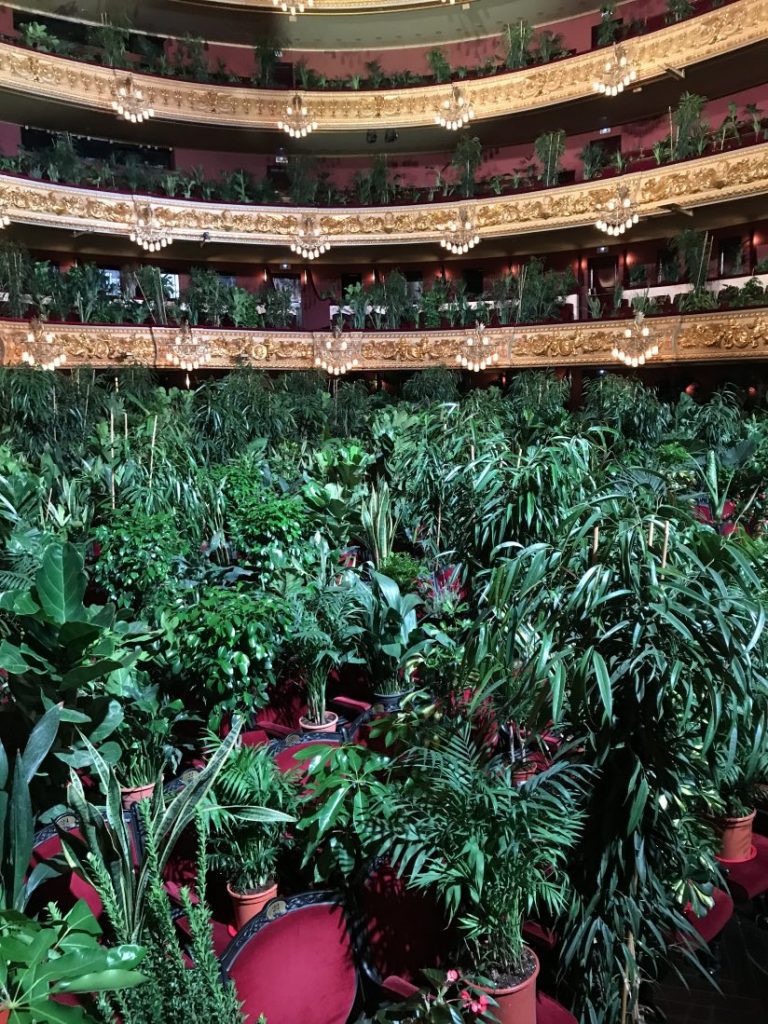 While the world is still grappling with the effects of the lockdown, the Spaniards are taking baby steps on their way to recovery after taking a huge hit.  The Spanish government is opening the economy in phases and Barcelona’s beloved Liceu Opera opened its doors on June 22 for its first concert post the lockdown — The concert for the Biocene.  Needless to say, it was a full house that night. Before you imagine a theater packed with people, let me tell you- the audience were plants, all 2292 of them! Talk about integrating with nature at a whole new level! 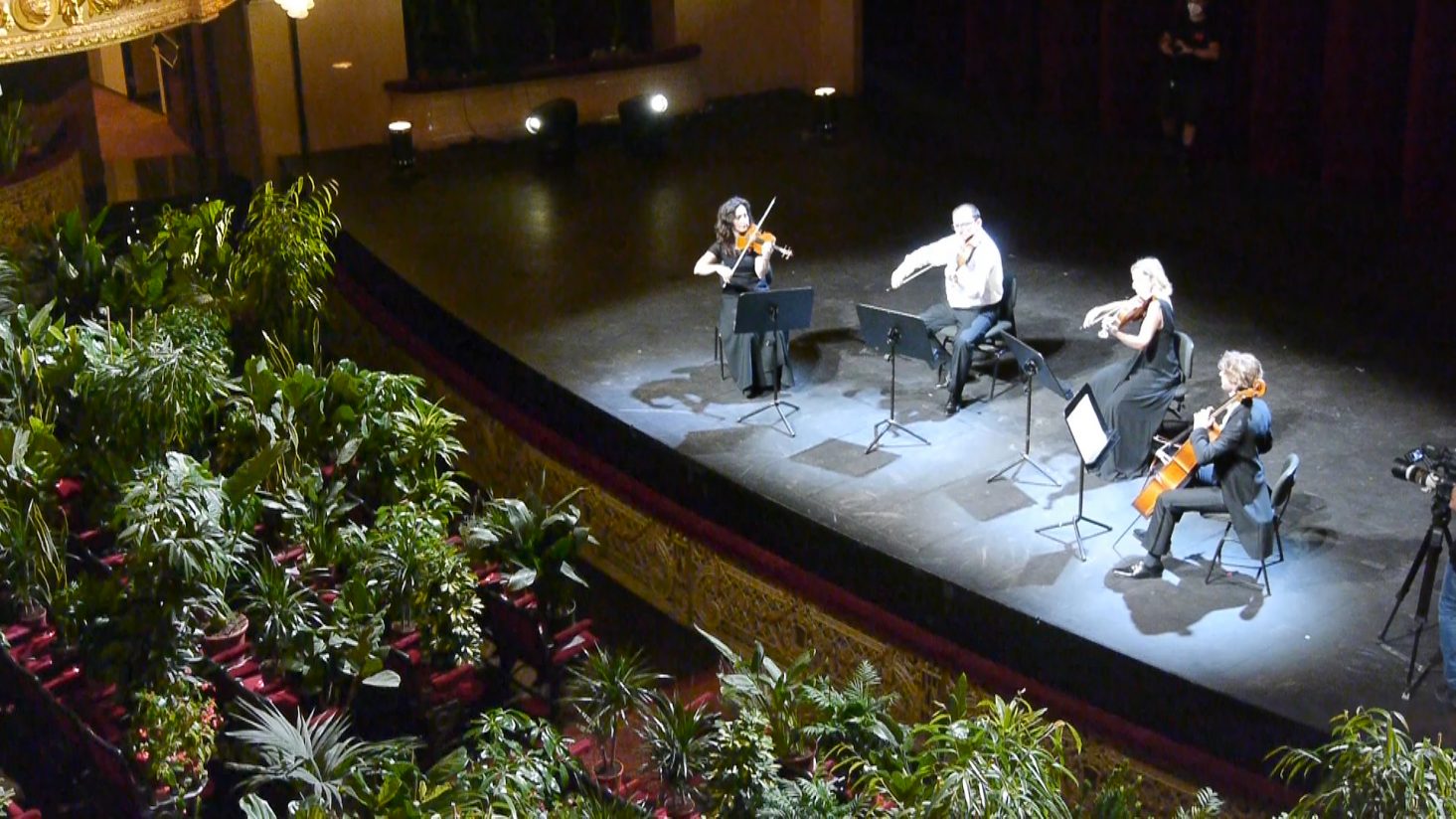 The UceLi string quartet enthralled the green music aficionados with a performance of Giacomo Puccini‘s “Crisantemi”.  Of course, humans were not left out- they enjoyed the show virtually via live streaming. The objective of this creative act? To recognise and appreciate the efforts of healthcare providers who are the warriors in this pandemic. 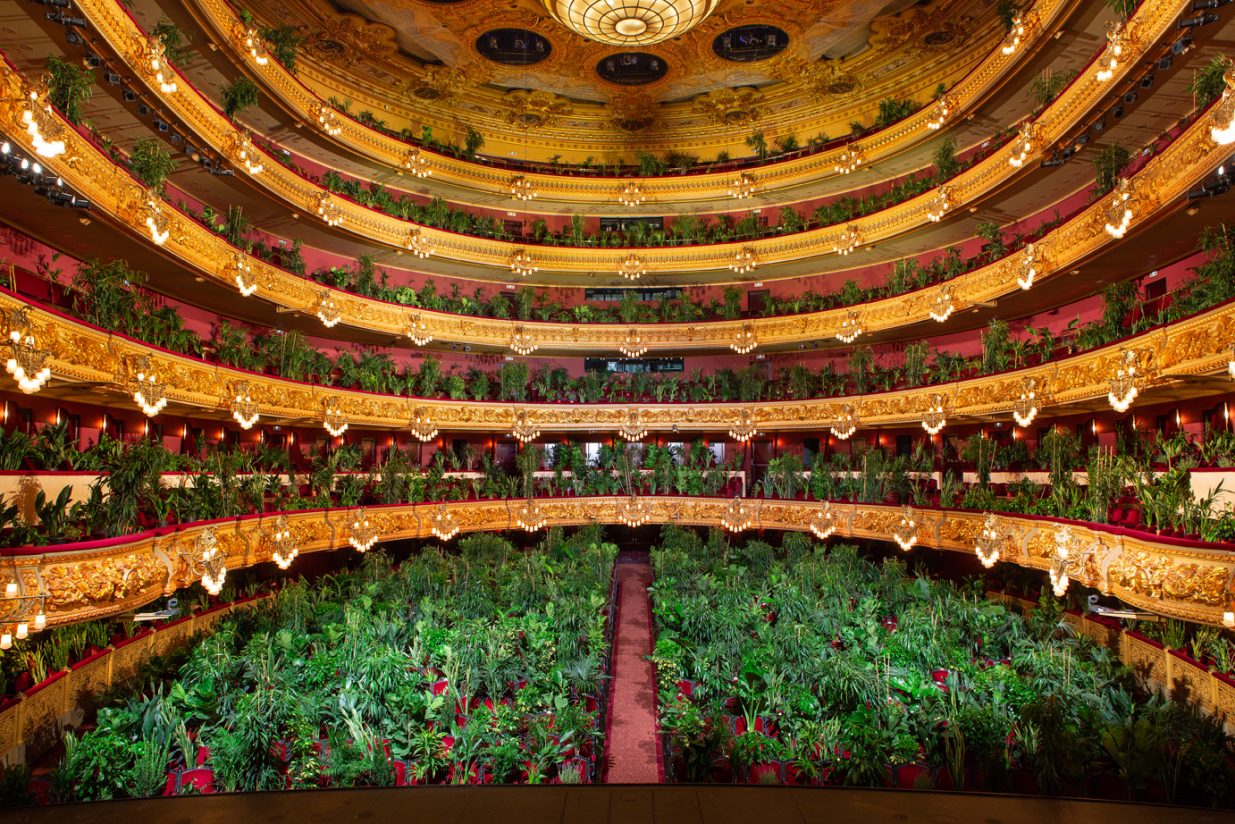 The unique concert was put together by conceptual Spanish artist Eugenio Ampudia and the Max Estrella gallery, who found concertgoers that didn’t need to be socially distanced and filled out the seats and balconies of the 6-level hall that was first opened in 1847. Eugenio Ampudia is a well-known name amongst the most accomplished video/digital based artists in Spain. His inspiration rooted in his tryst with nature during the three-month lockdown period. The Concert for the Biocene was his attempt at bridging the intimacy between people and nature. The out-of-box idea of creative integration was enthusiastically backed by the Liceu‘s artistic director and the curator Blanca de la Torre. In an interview with The Guardian, Eugenio explained the inspiration behind this creation:  “At a time when an important part of humankind has shut itself up in enclosed spaces and been obliged to relinquish movement, nature has crept forward to occupy the spaces we have ceded. And it has done so at its own rhythm, according to its patient biological cycle. Can we broaden our empathy and bring it to bear on other species? Let’s start by using art and music and inviting nature into a great concert hall.”

Now, going back to the audience- the 2292 leafy music lovers were sourced from several local nurseries around Barcelona. Each one of them would be donated to 2,292 healthcare professionals who are mostly from the Hospital Clinic of Barcelona. The donation will also be supplemented with a certificate from Eugenio to add a personal touch.

Even though 2020 is a year we would not want to remember, the Concert for the Biocene – with its artistical mastery and creativity- will be one the most memorable contemporary art projects of the year.