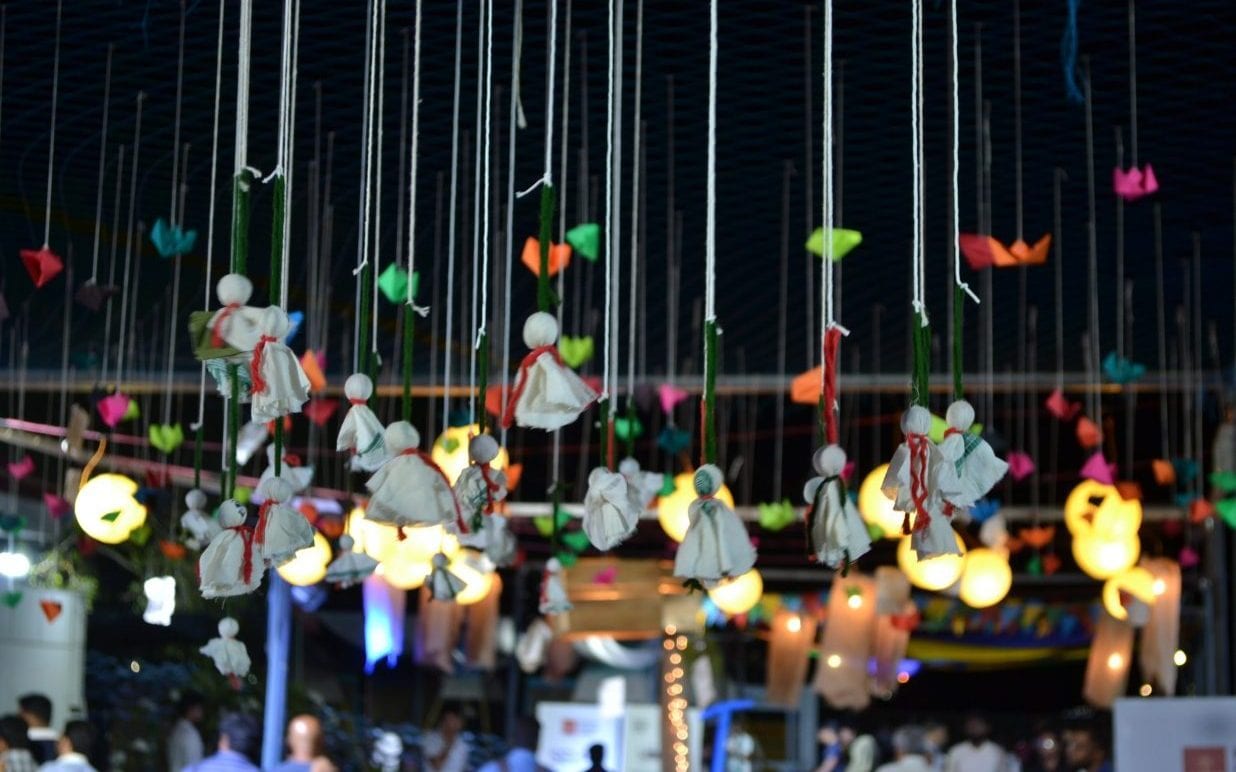 The best of the three days in design.

SCALE curates the offerings of Kochi Design Week and picks the most entertaining talks and installations of the three-day design event.

The celebratory atmosphere as promised by the organisers, in the previous interview with Arun Balachandran, was evident in the surroundings. The venue was populated with students, making for an optimistic, charged atmosphere. Students were everywhere; at the Maker Fest, at discussion halls asking questions, being passionate about cinema and the roles of heroes who have influenced them, at coffee stalls, and beyond, during the late-night events, enjoying music without inhibitions. 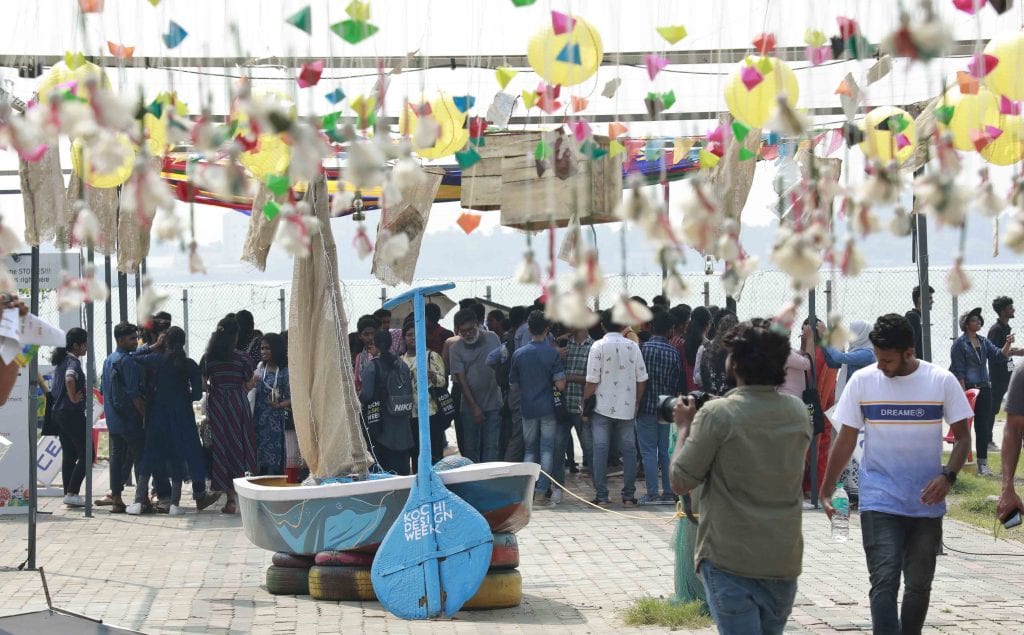 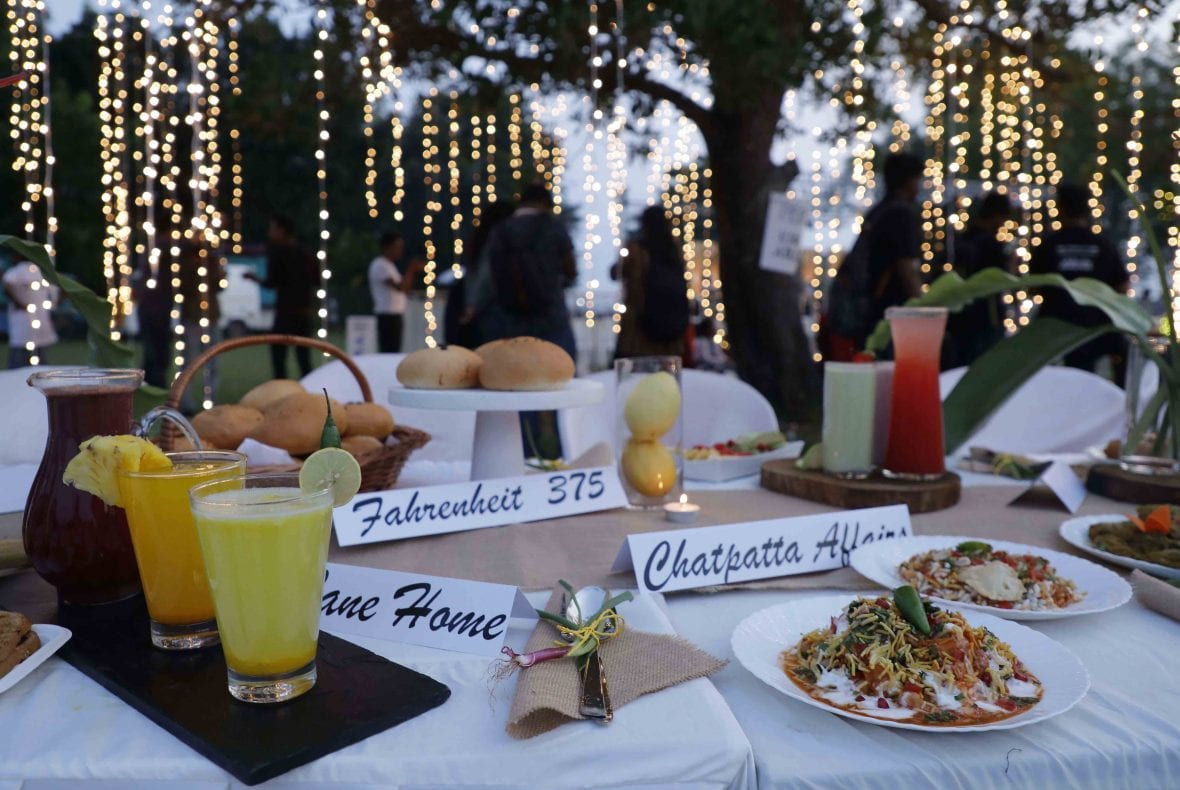 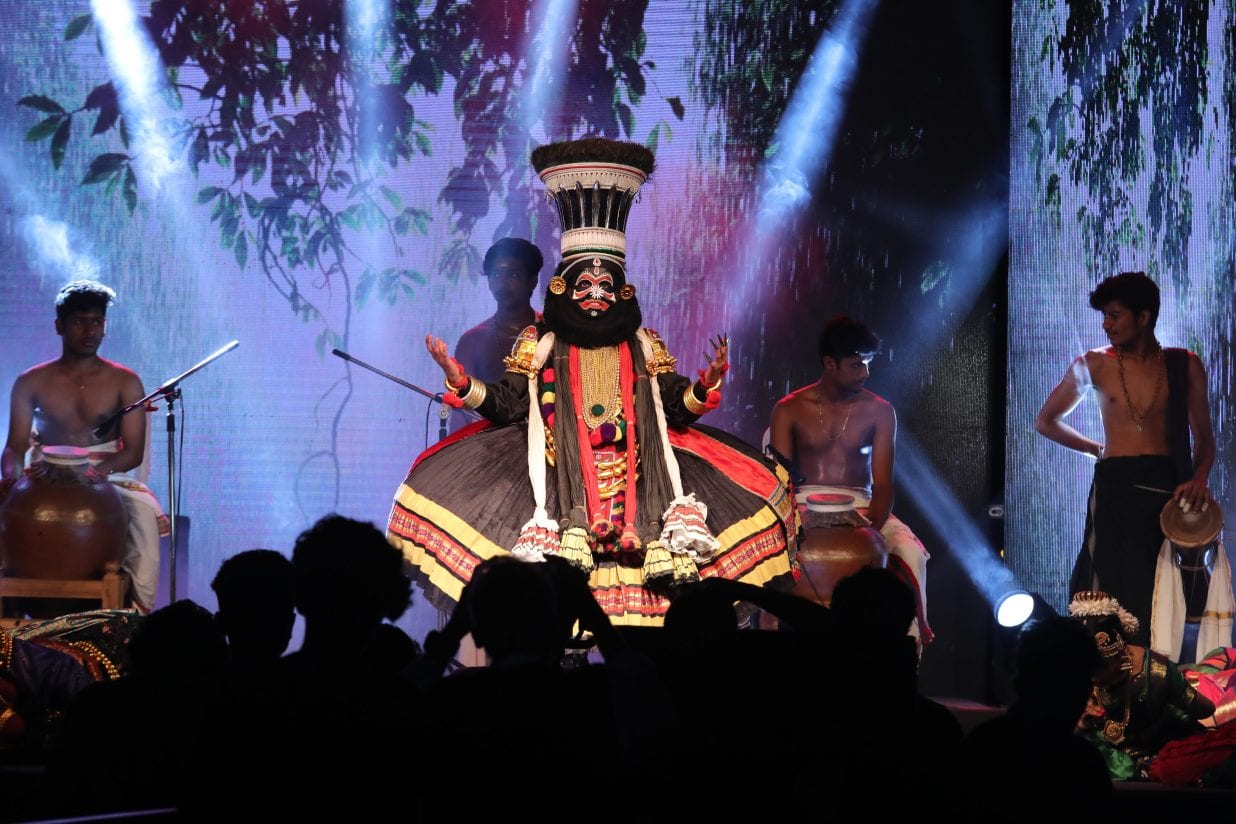 Design is not Elitist:

The installations and the story behind them are a major proponent in giving the Kochi Design Week a celebratory atmosphere.

Al the installations were by Kissa, a Malabar-based organization, who busted the myth that design is an elitist concept through installations that are made from everyday life. 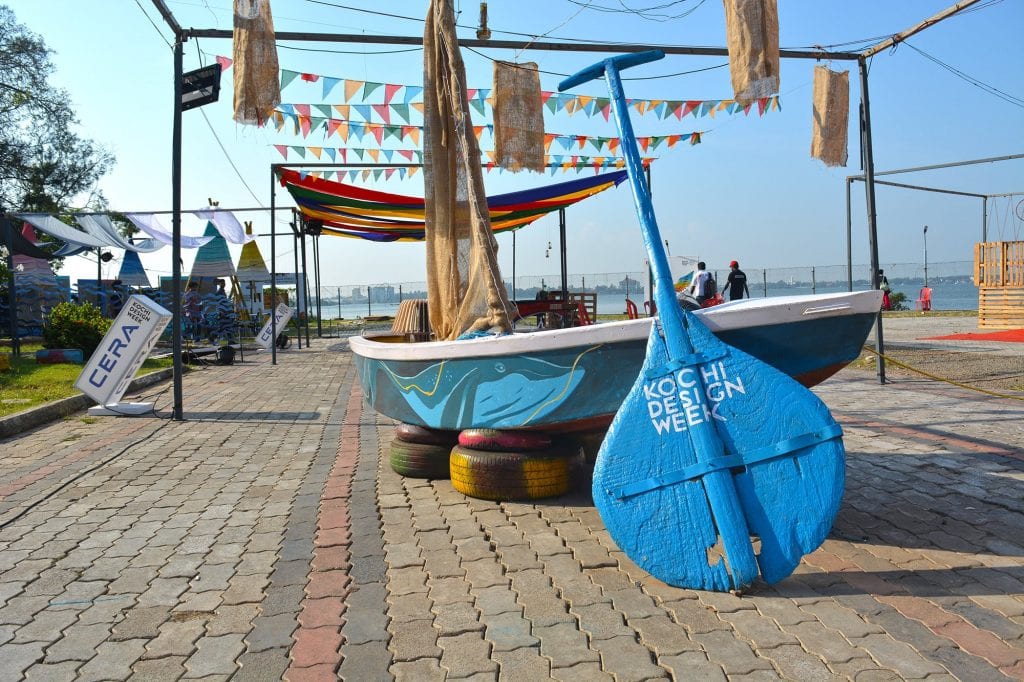 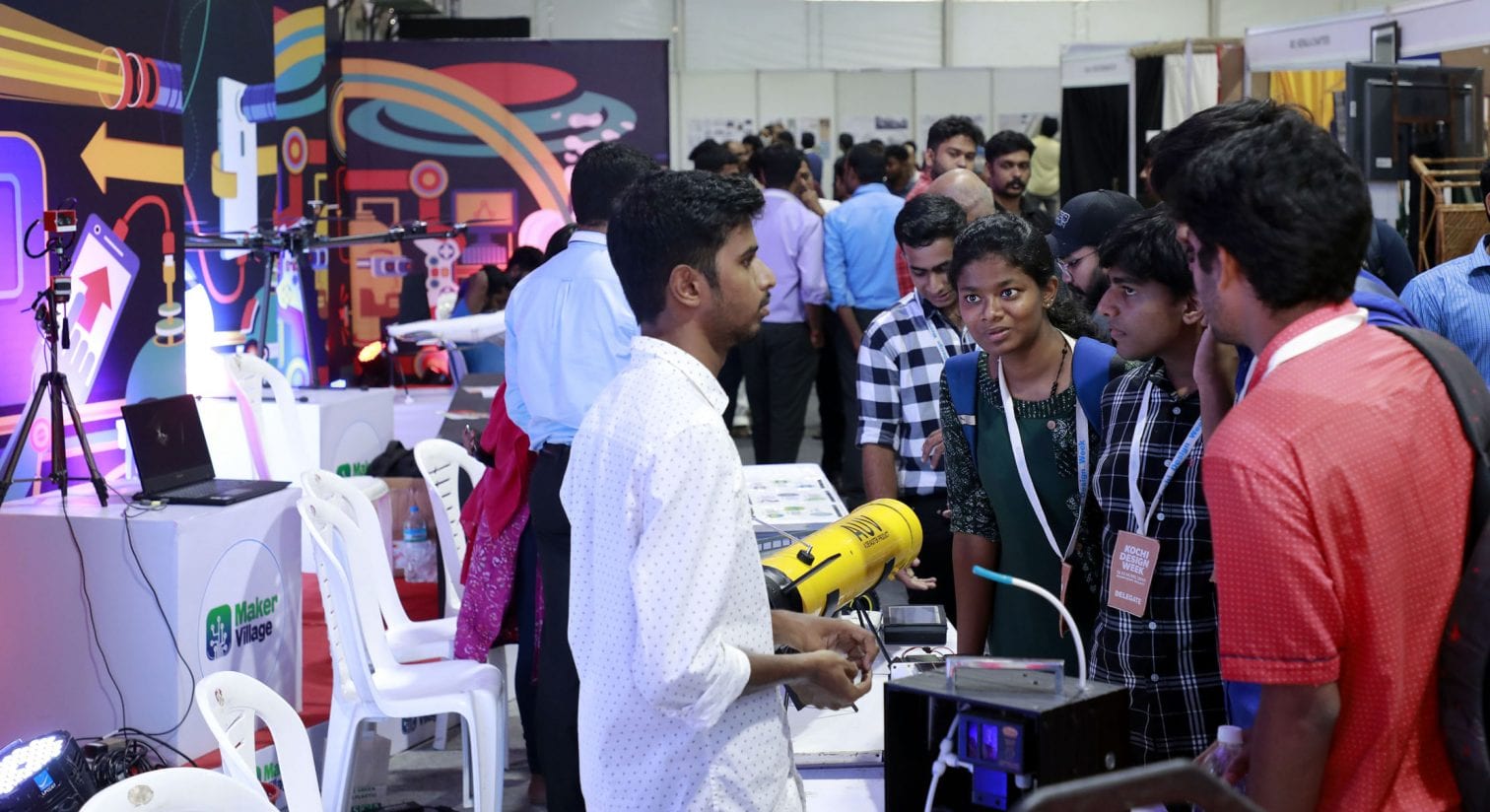 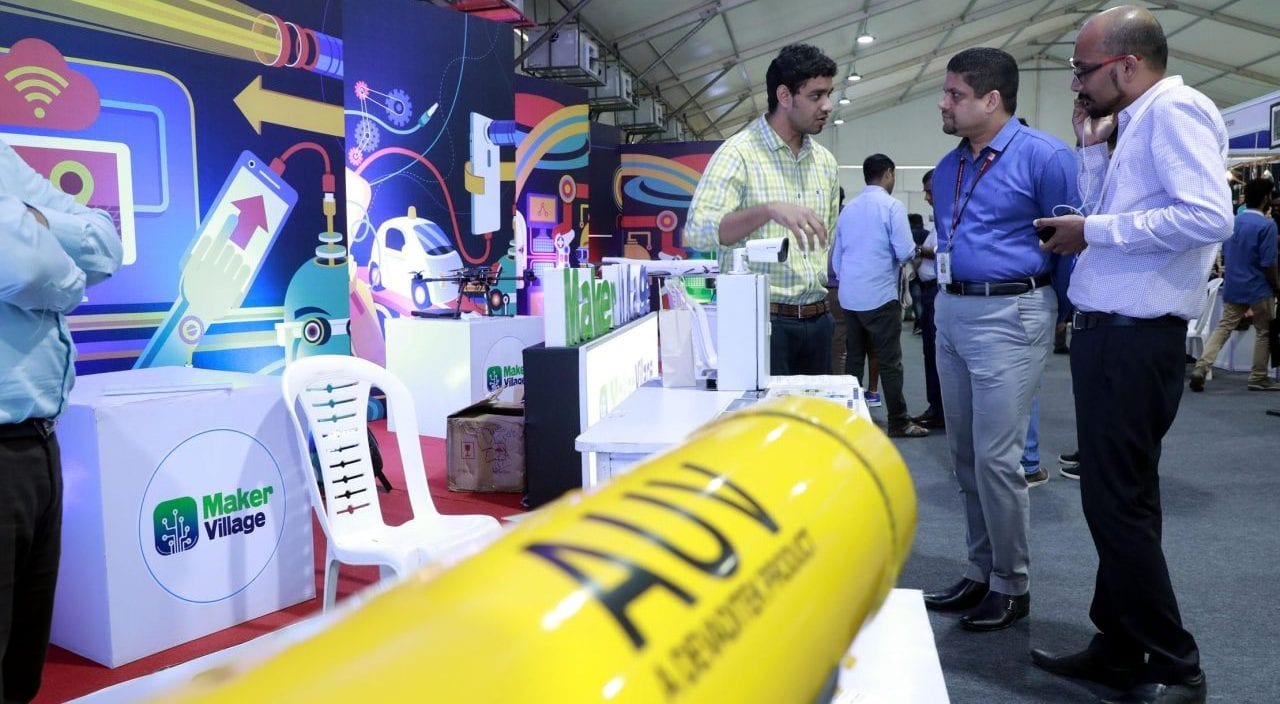 The off-beat approach to decoration and the unorthodox materials used in sprucing the outdoor space of KDW, courtesy Kissa, advocates aesthetic enhancement through affordable design. Neethu Rahman, in her mid-30s, who lives in Areekode, is the founder of Kissa. and is pictured below.

The cost-effective installations tell a story of pain and resilience. A boat with thin wooden planks made from vegetable carton boxes, festoons and tiny boats made of paper, hanging Chekutty’s (a cloth doll made from cotton that was destroyed during the Kerala flood) that dance around in the wind, are all symbols of people’s resilience after the 2018 floods that hit the coastal state. 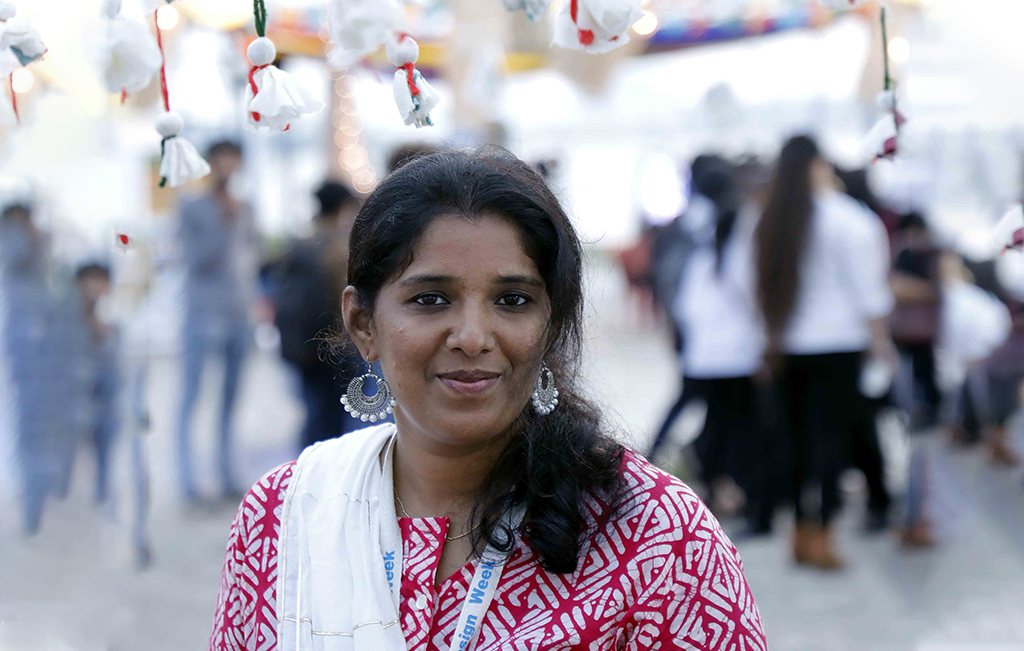 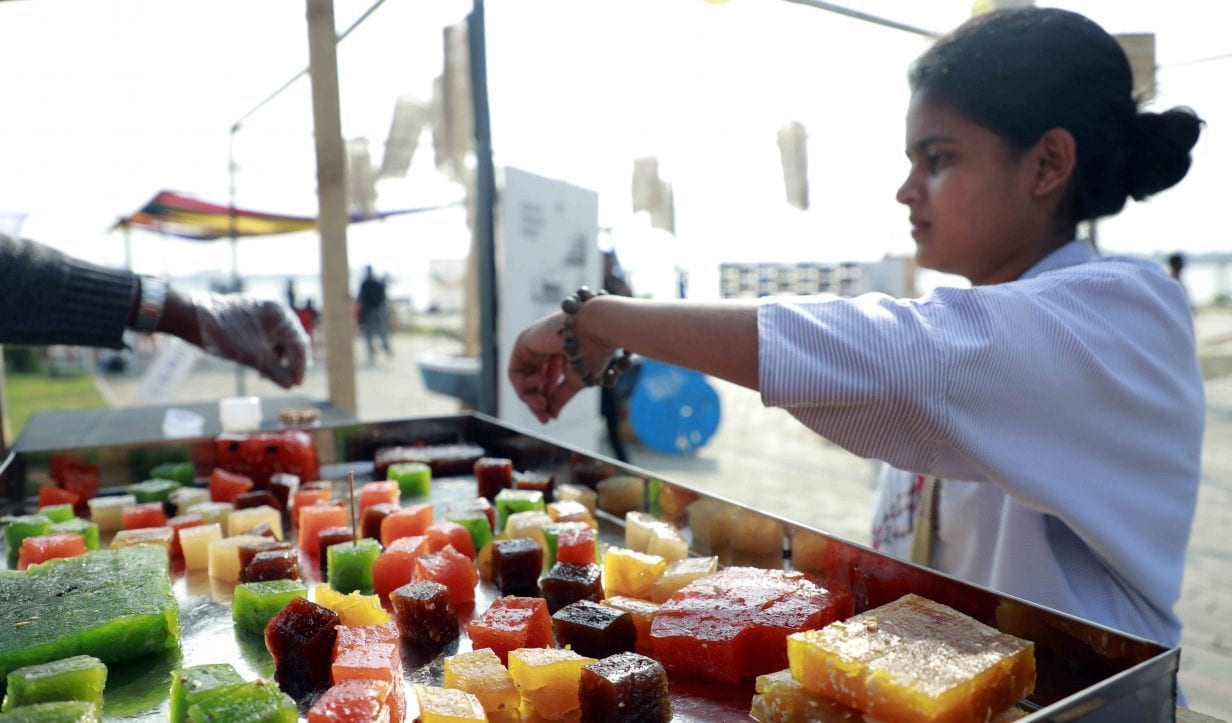 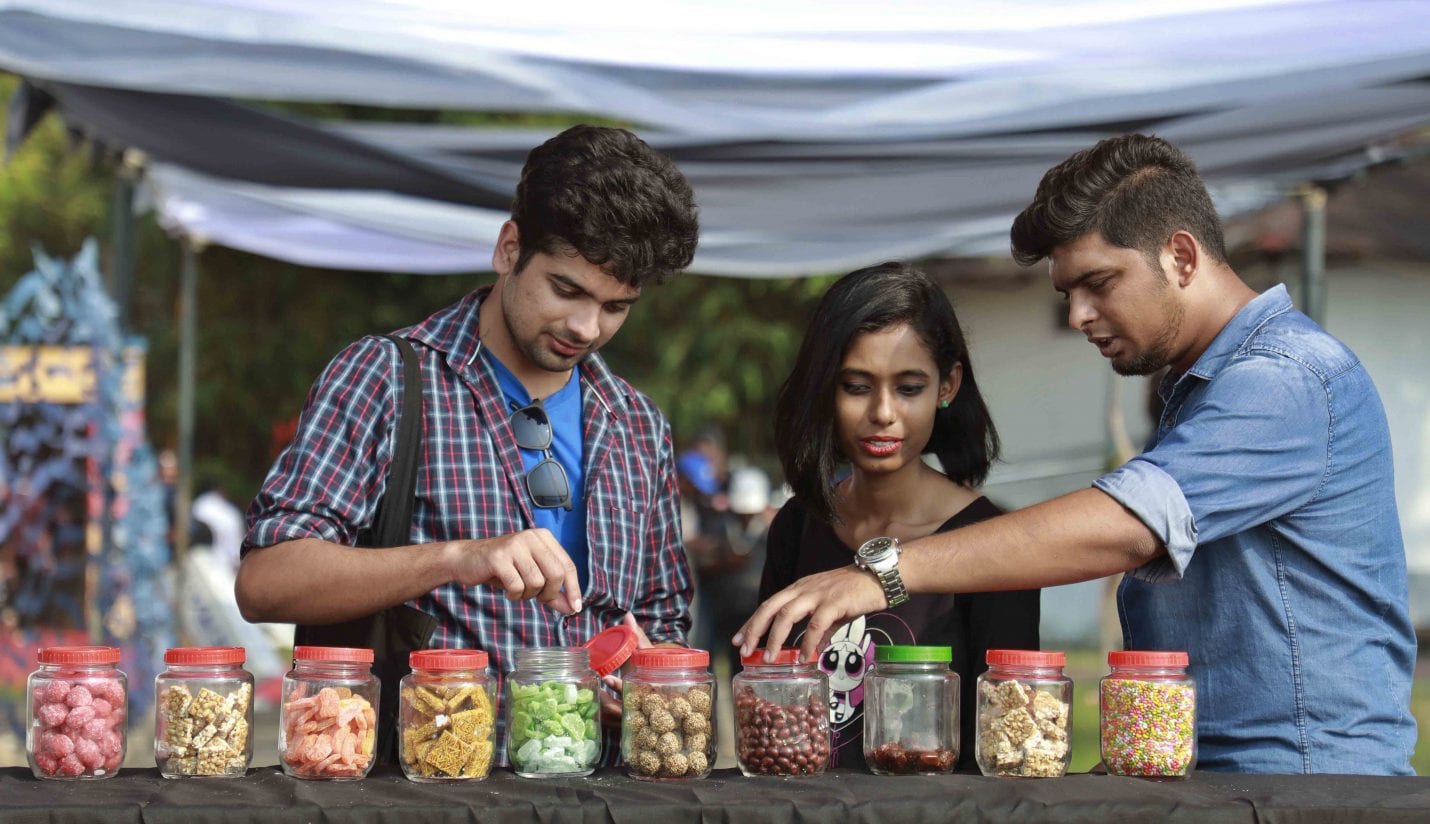 Another live-installation had a middle-aged woman selling Kozhikode halwa known for its unique looks and flavor.

50 photographs judges selected from among 4,000 such entries to an annual competition held six months ago by environmental organization Greenstorm Foundation along with UNEP, also becomes part of the installations.

Design is not only a Memory:

Speakers like Oscar Award winner, Resul Pookutty, were the highlight of the festival. He said, “Understanding the human behavior and unlearning are the key components for a sound designer to create impactful sound designs. The sounds of cars and other premises like city traffic are different from the past. So, a sound designer can’t rely on his memory to recreate such sounds today. The contradiction a sound designer faces is that tradition tells him memory is everything but technology says he doesn’t need it at all. Sound represents time in a visual, which is an abstract space. “ 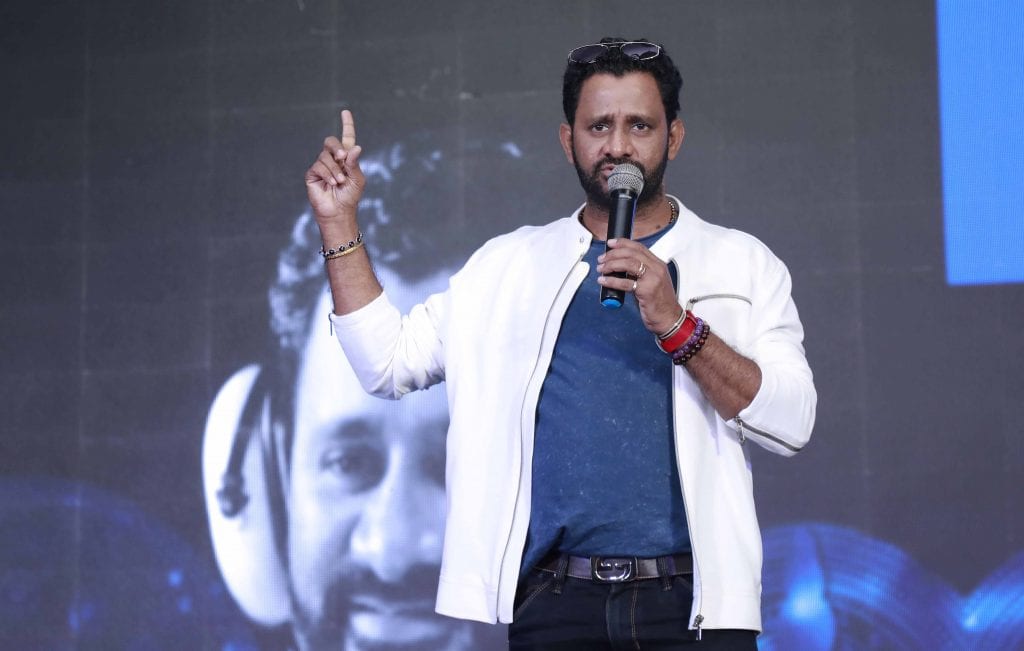 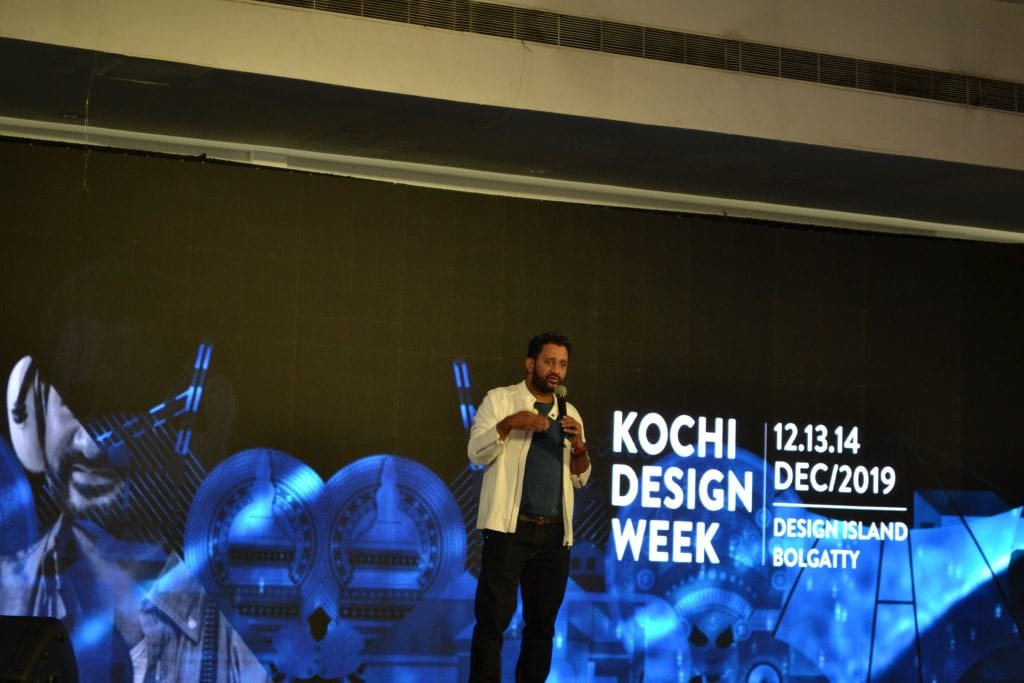 Social Entrepreneurship was one of the most interesting topics touched upon at the KDW. Under the theme Life for Design, six entrepreneurs talked about the aspect of design in their life. Two photographers, Jain Joseph and John Davy took the viewers on a visual delight, it was the three women who stole the show.

Hazeena Suresh, the Co-founder of Clayfingers Pottery took over a run-down clay factory and remodeled it to a beautiful clay studio. Hazeena talked about the transformative process of a 1950’s brick and tile factory to a studio space where many contemporary potters, artists, technicians, and enthusiasts unite to create and mold earth to art. 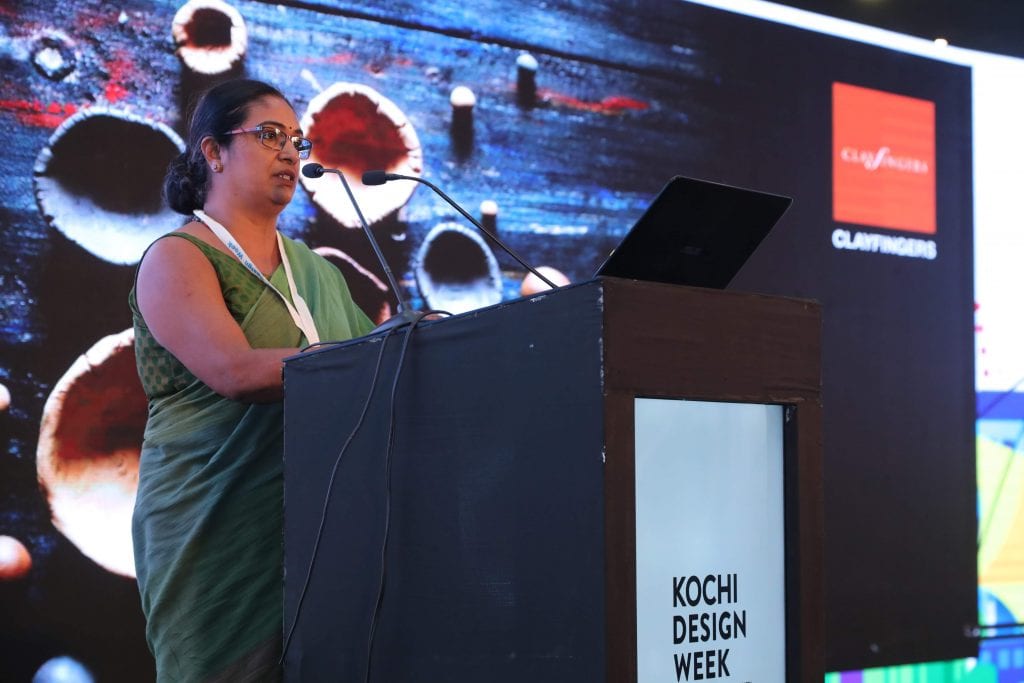 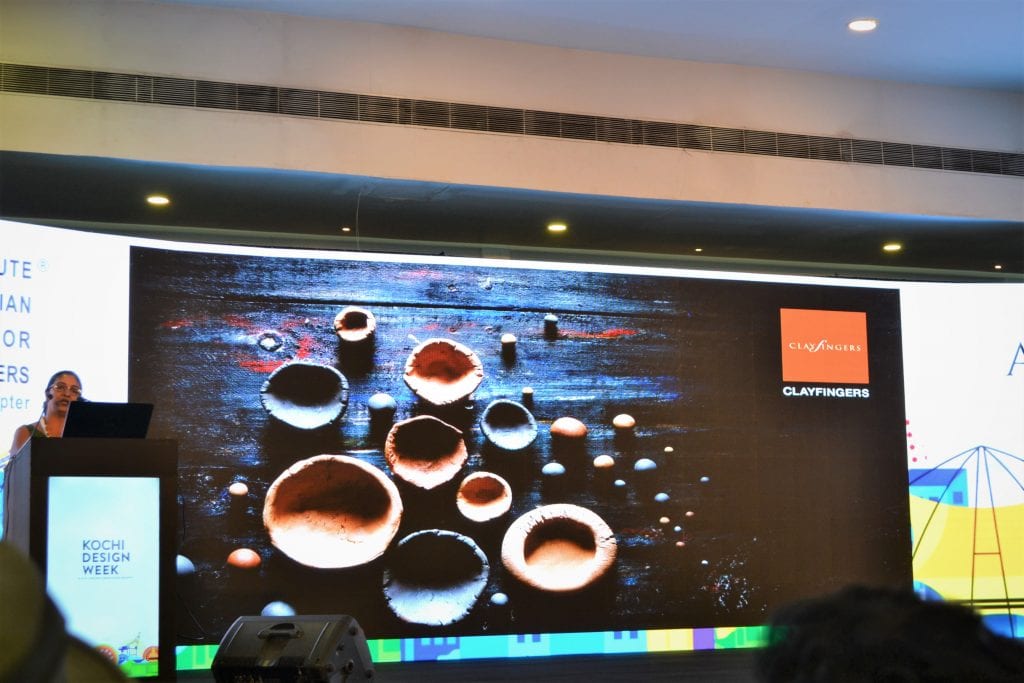 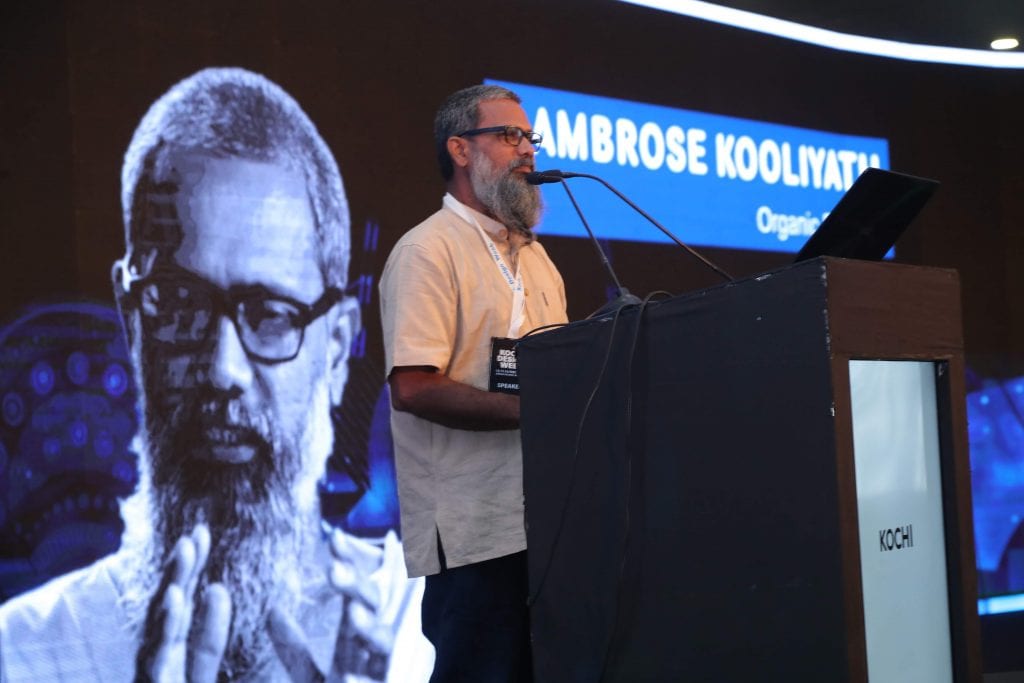 Ambrose Kooliyath is an Organic Farmer, whose love for farming and simple living has created a social enterprise called Farmer’s Share that according to Ambrose is not just desirable but also eminently possible. “We are a charitable trust based in Shornur and have a permaculture farm, pottery studio and handloom unit on our own campus,” he says. Farmer’s Share is a space where alternate living is constantly explored, according to Ambrose.

Lakshmi Menon, Co-Founder of Chekutty is someone who can be called a phenomenal woman. Someone who creates enterprises through skillful marketing jargon through sheer creativity. But what makes her different from the milieu is her deep belief in helping humanity and humankind. Her story cannot be limited within these pages and needs a bigger focus, which SCALE promises to deliver soon. Within the KDW, she shouldered one more design issue to tackle, that of the uniforms of the security guard, suited in dark-colored, fully covered, buttoned-down suits. 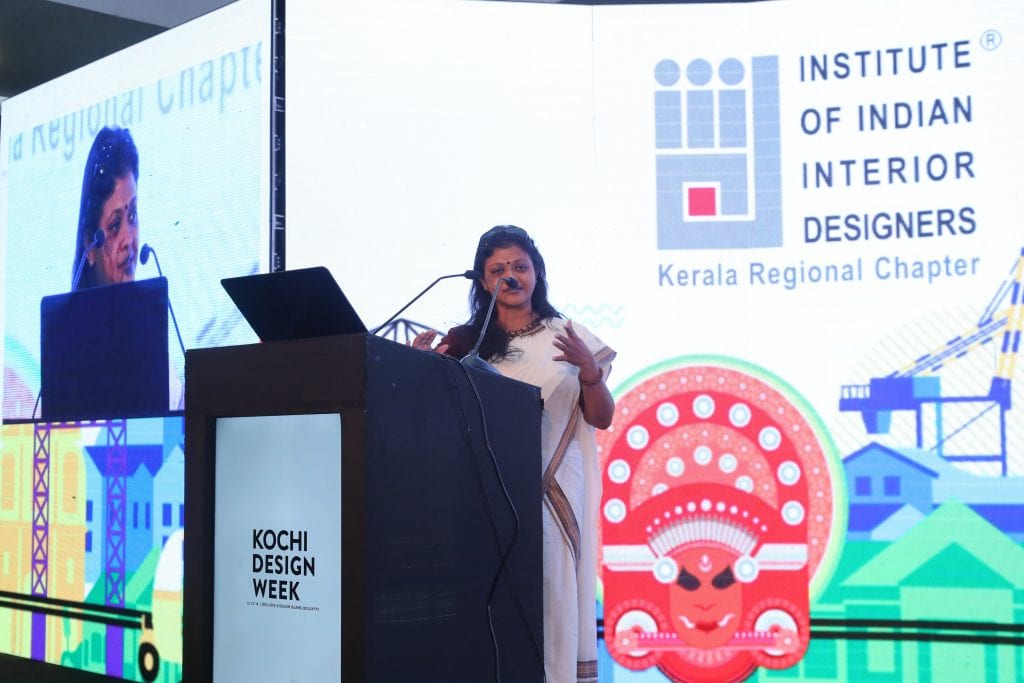 “Is it not time to liberate this man off his discomfort? This is one design problem that needs immediate solutions,” she says as she sets on to her next design problem, and invites students and designers to design a uniform that emphasizes security and authority in fabrics that breathe, are natural and cost-effective.

Radha Gomathy, artist, curator, Eka Rasa, and Founder Designer, Sling It, Upcycled Bags took us on an emotional ride through her love for the abandoned. She tailors together bits of throwaway clothes and makes beautiful sling bags out of it, creating perfectly stitched memories from old castaways. 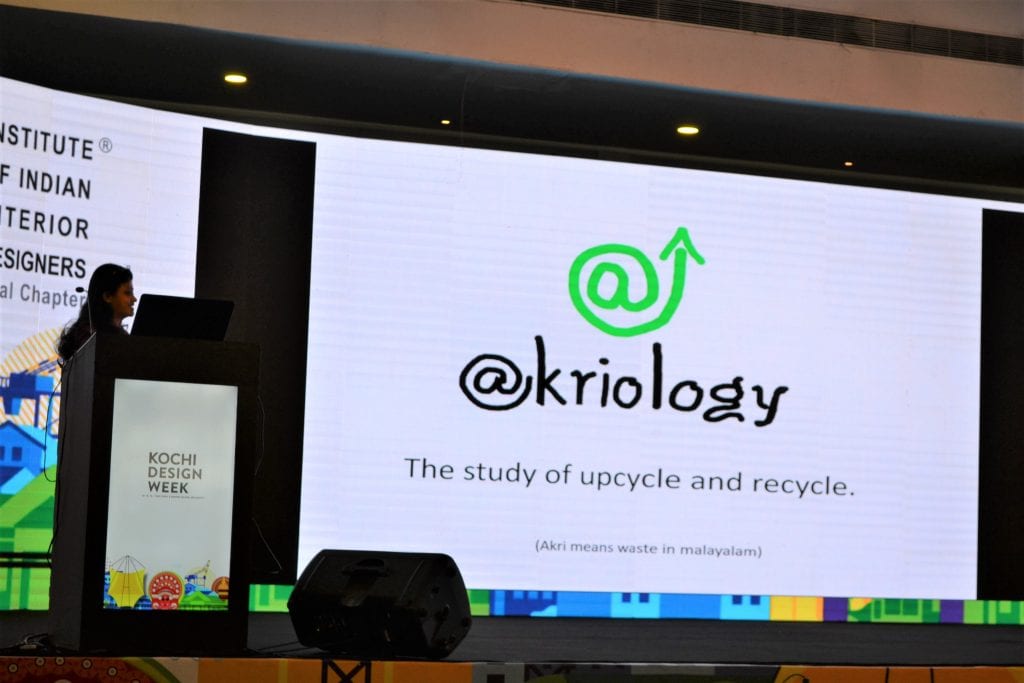 Asset Homes put up an installation at one of their projects, a Selfie, a self-contained apartment in a mere 96 sq.ft that is ideal for students and professionals starting off with their career. 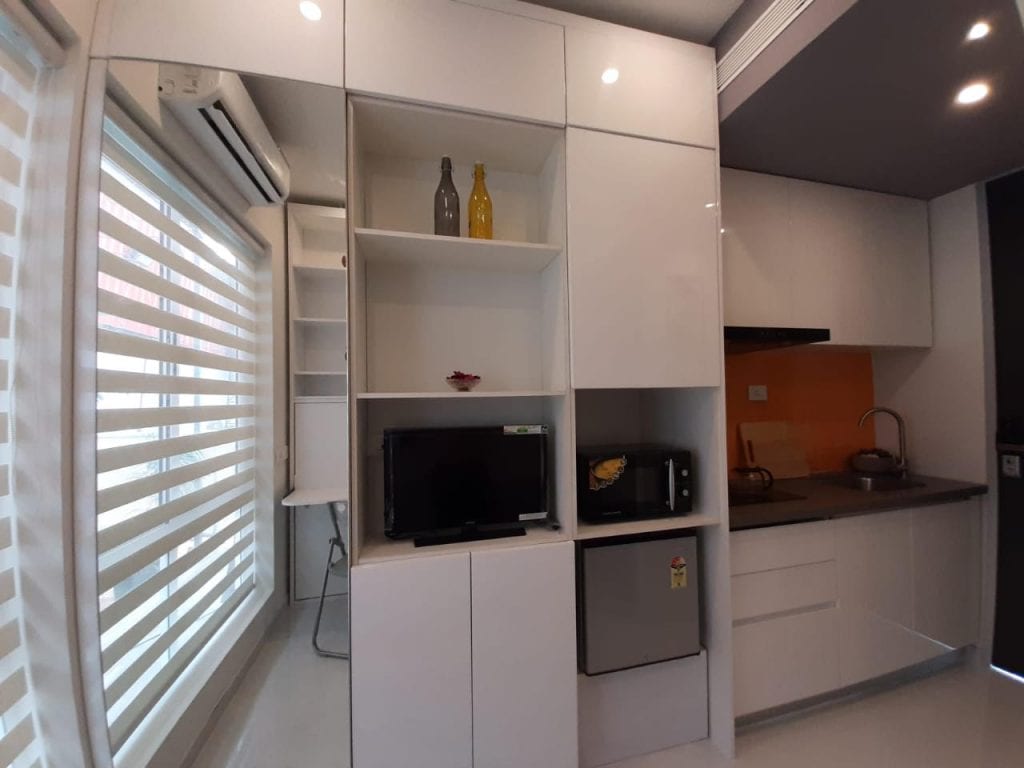 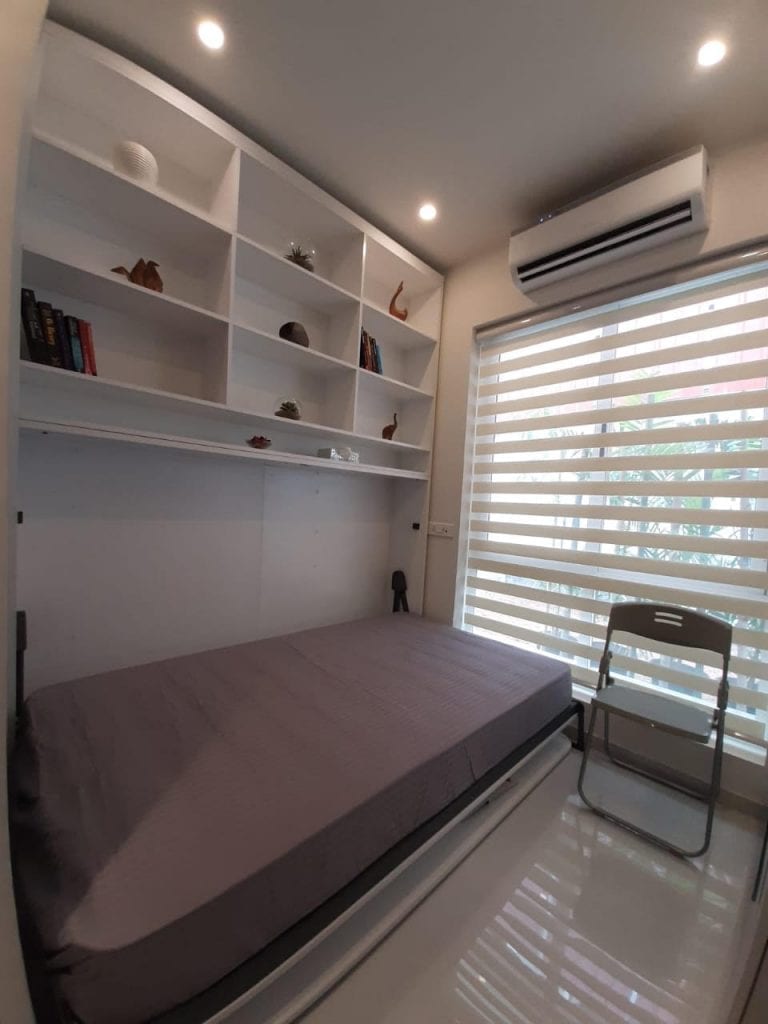 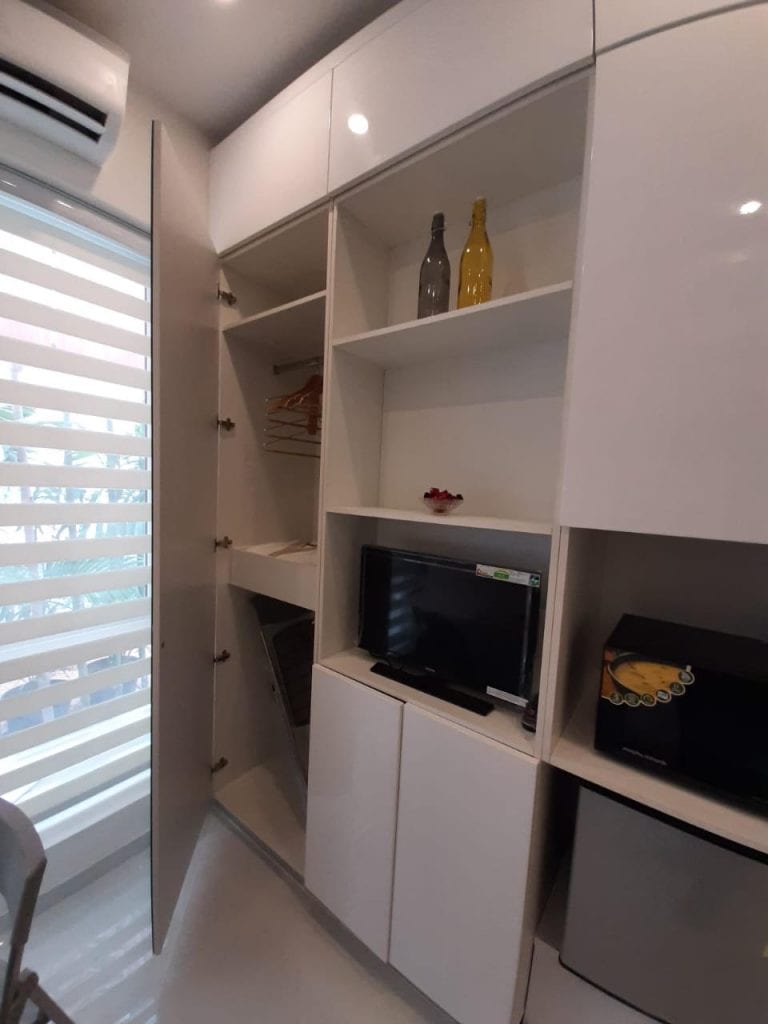 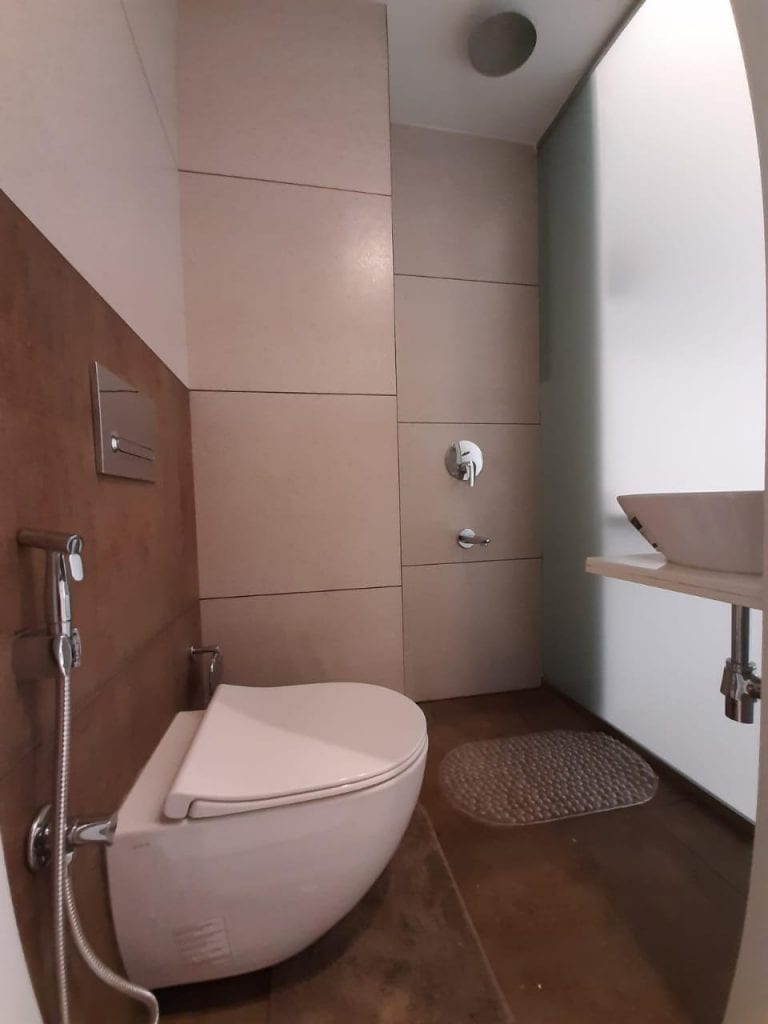 A simple square plan with each side of the geometrical figure used as a functional element. Simplicity seems to be the key element of this design, in execution, in design as well as in living.

Priced below Rs10 lakh, the selfie apartments would be developed in Kochi, Bengaluru, Hyderabad, Pune and Visakhapatnam given the growing number of students and job aspirants in these cities.

According to V. Sunil Kumar, Managing Director, Asset Homes, the land for these projects has been identified. The Kochi project would be located in suburban Kakkanadu, given its close proximity to Infopark and the upcoming Smart City. 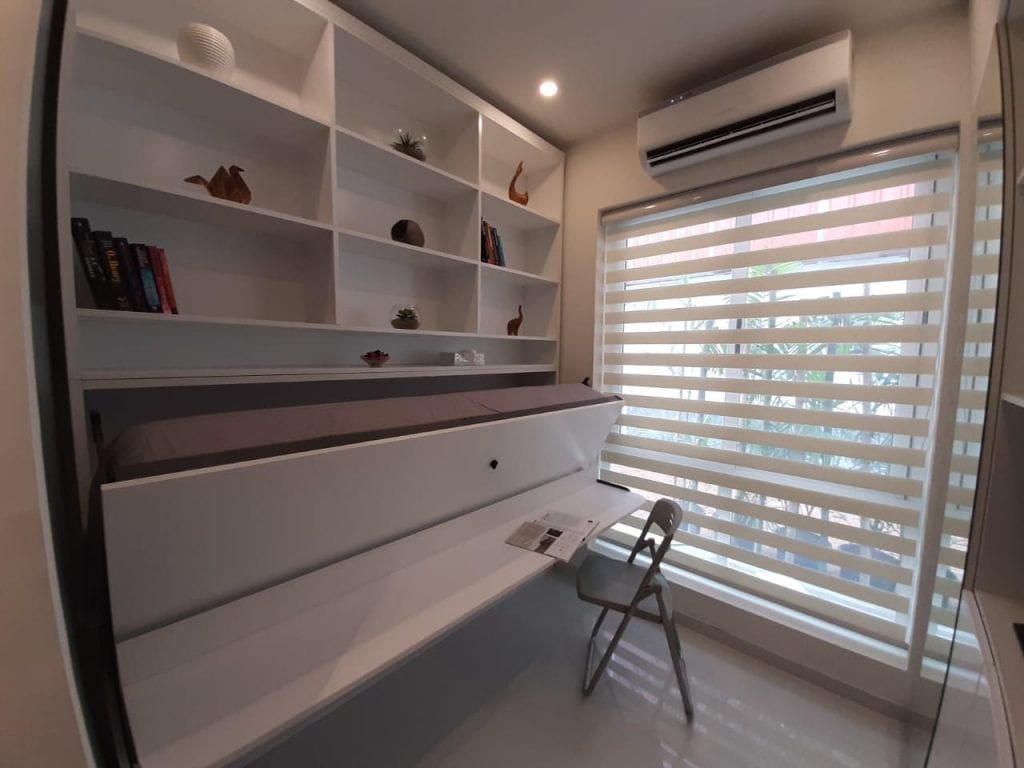 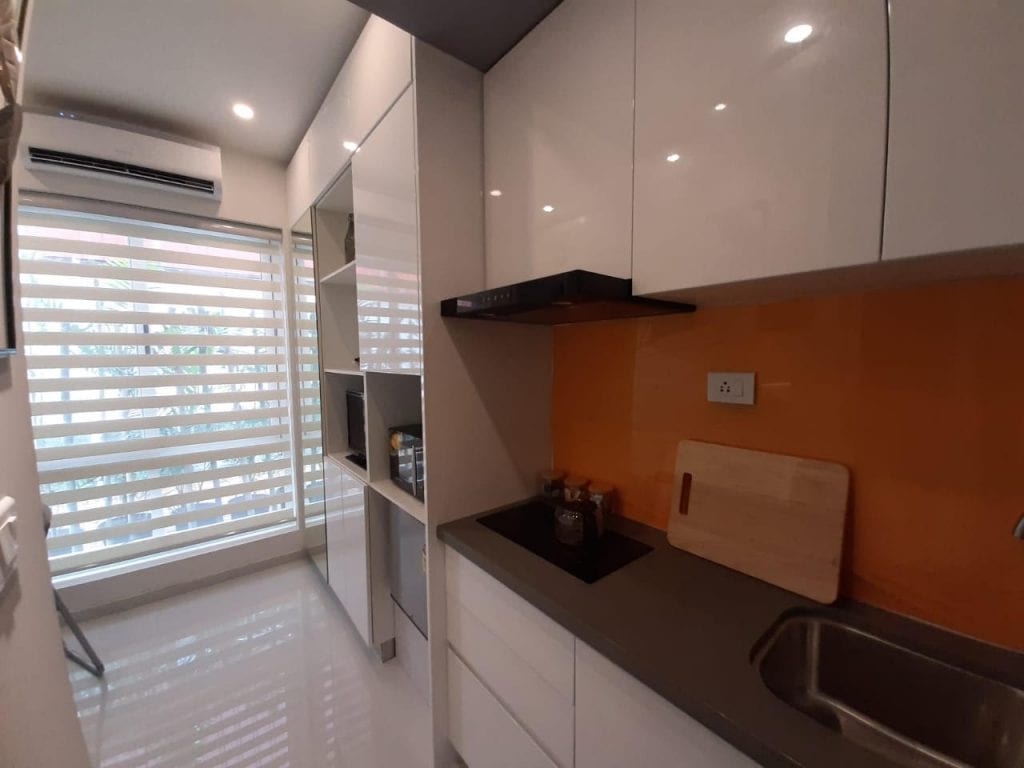