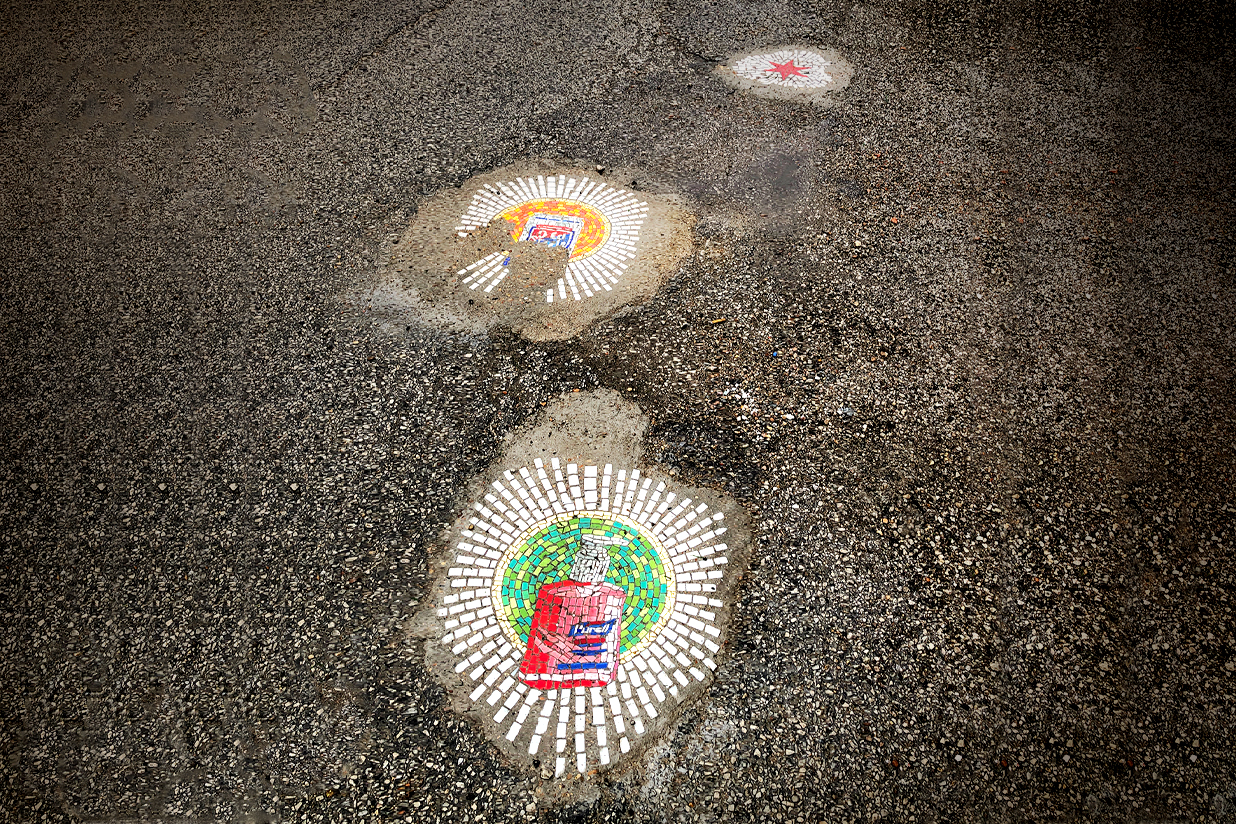 Jim Bachor and his pothole mosaic artwork look at the absurdities that the Pandemic has brought out in humans. He uses humour in street art to divert our attention to things less traumatic during such difficult times. By Sindhu Nair 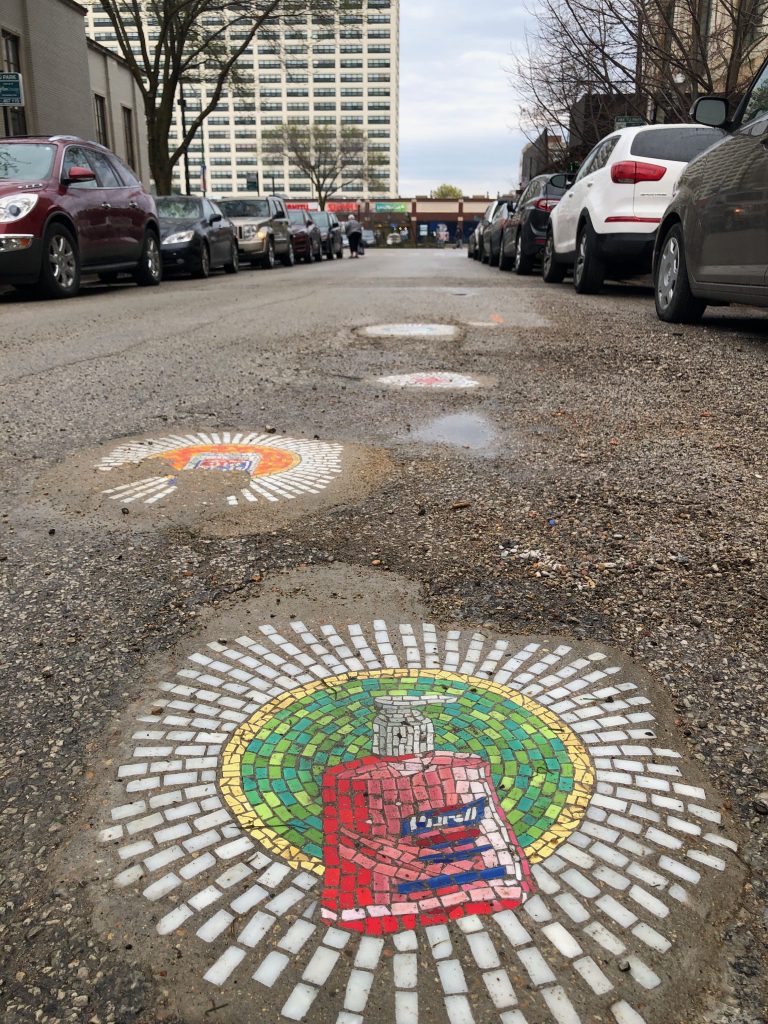 Jim Bachor started his pothole mosaic work as early as 2013 as a necessity to cover a stubborn pothole that wouldn’t stay fixed in front of his house on the northwest side of Chicago. But the work he does is not as flippant as one would imagine.

Jim’s love for mosaic work is entwined with the history behind this ancient work.“Trying to leave your mark in this world fascinates me. Ancient history fascinates me. Volunteering to work on an archaeological dig in Pompeii helped merge these two interests into my art. In the ancient world, mosaics were used to capture images of everyday life. These colourful pieces of stone or glass set in mortar were the photographs of empires long past.” 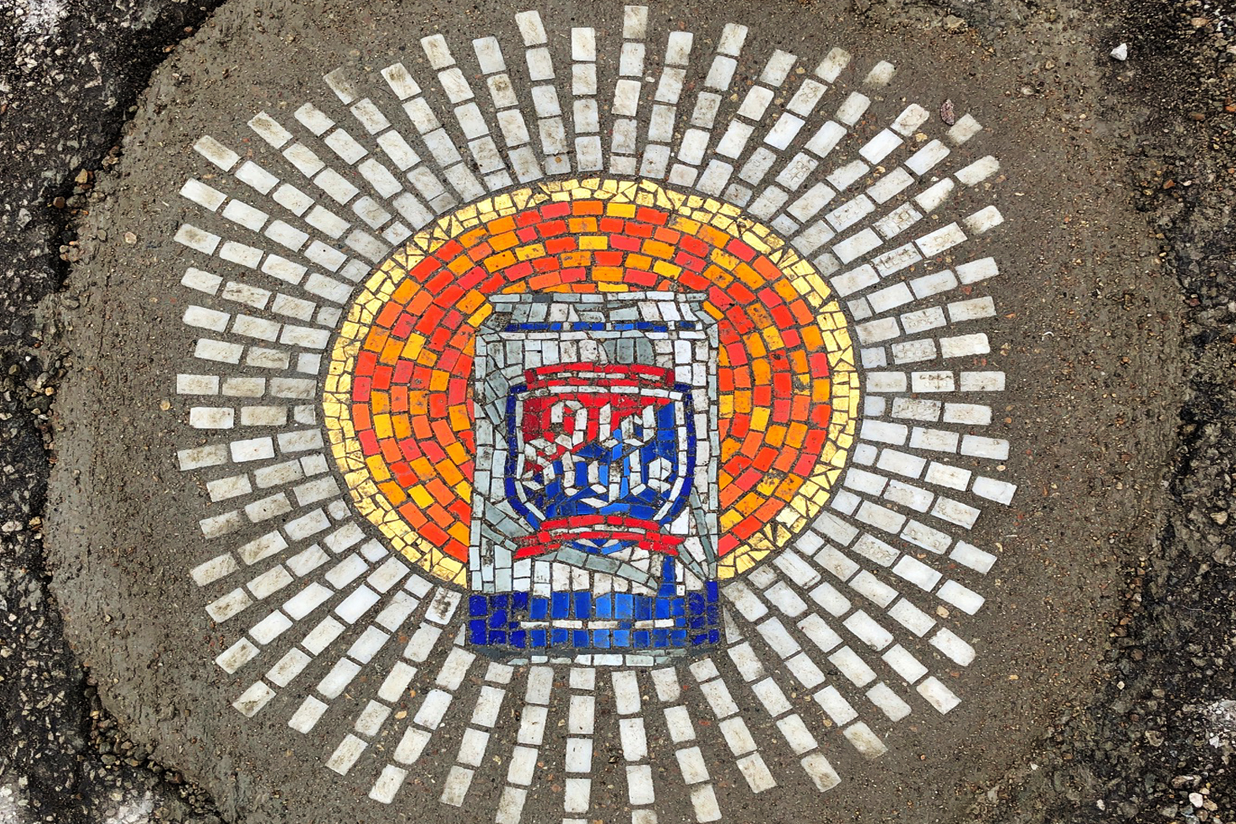 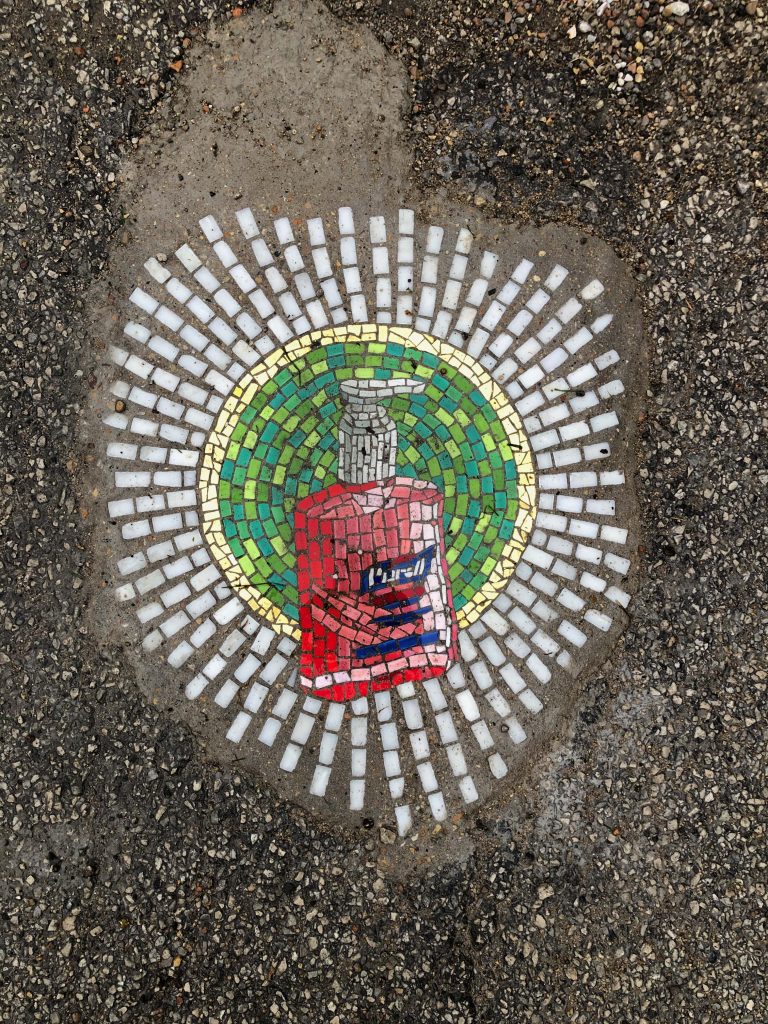 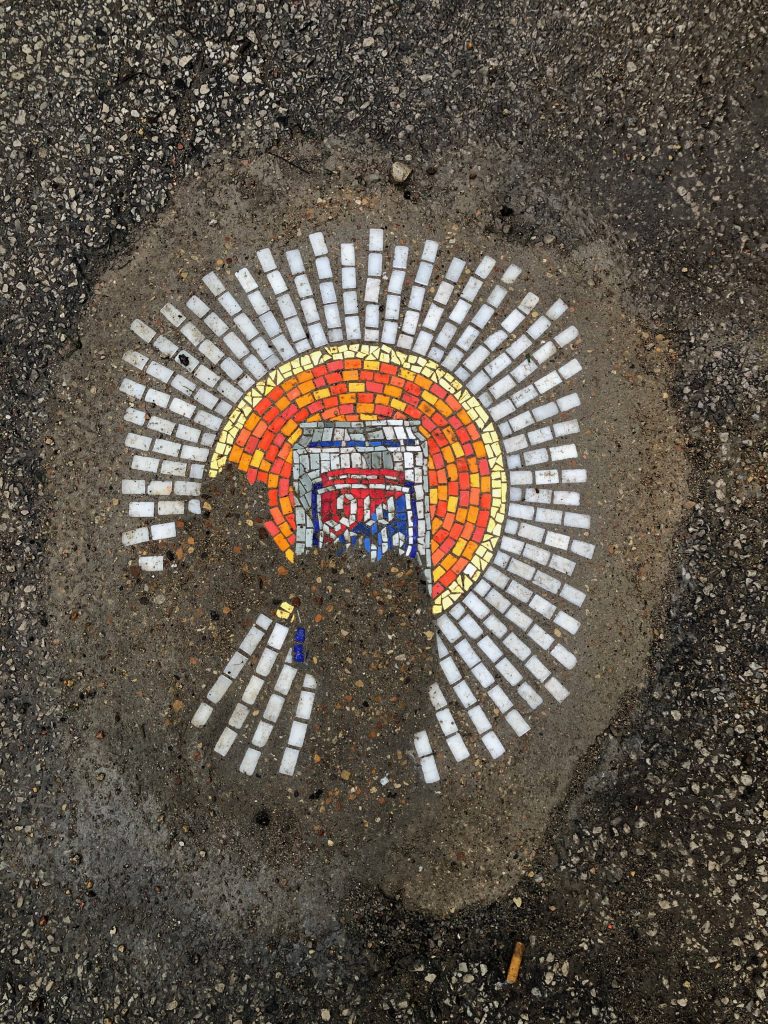 His passion for the mosaic and its amazing durability pushed him to reinvent his medium. Thus, he decided to “solve” this impossible problem outside his house with this durable artistic technique he had developed a passion for. “I made a custom piece of artwork for that pothole and installed it on the evening of May 20, 2013. Over time people began to love finding these surprise, mysterious pieces of pothole art,” he says.

While Jim’s work starting springing up in unexpected corners or streets over potholes left unattended, thus started growing popularity for this durable work of street art in corners one would least expect an art form to be in. 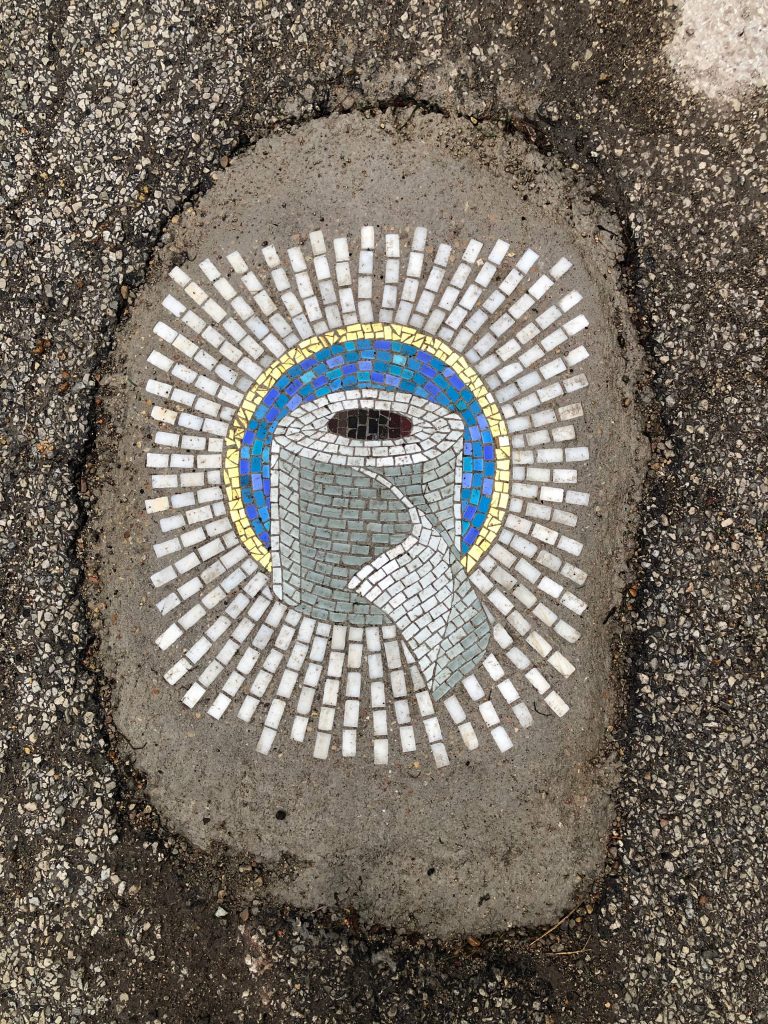 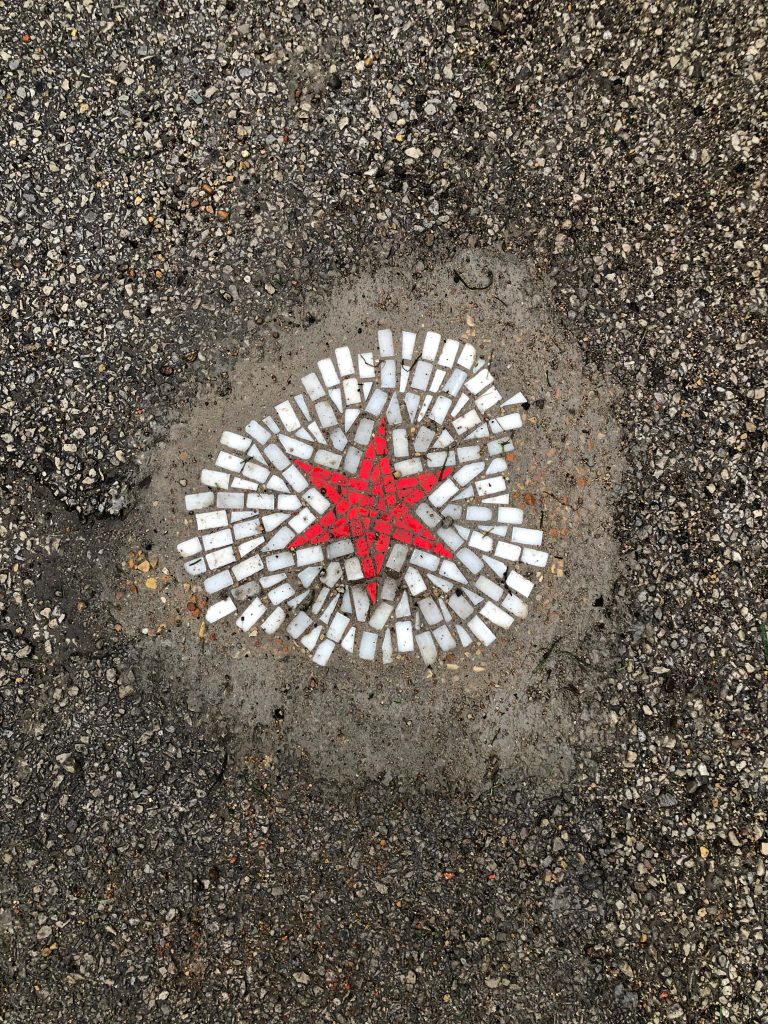 “Authorities have never contacted me about my work. The only comment was in the Chicago Tribune where city officials said that they appreciated the spirit of the campaign but that I should leave the work to the professionals.”

But what Jim has produced during the Corona Virus times is even more compelling.

“It is a mirror to these tough, uncertain times and there’s nothing fun about it. The virus affects us all, you can’t buy your way out of it and it doesn’t matter who you are. The ‘Holy Trinity’ series tries to humorously point out some of the absurdities the virus has brought out in us humans, such as “worshipping” toilet paper and hand sanitiser and increasing our alcohol consumption. This series will hopefully bring an unexpected grin to the face of an unsuspecting viewer during these dark times,” says Jim.

Jim has over 85 installations around Chicago, the US, and the world. 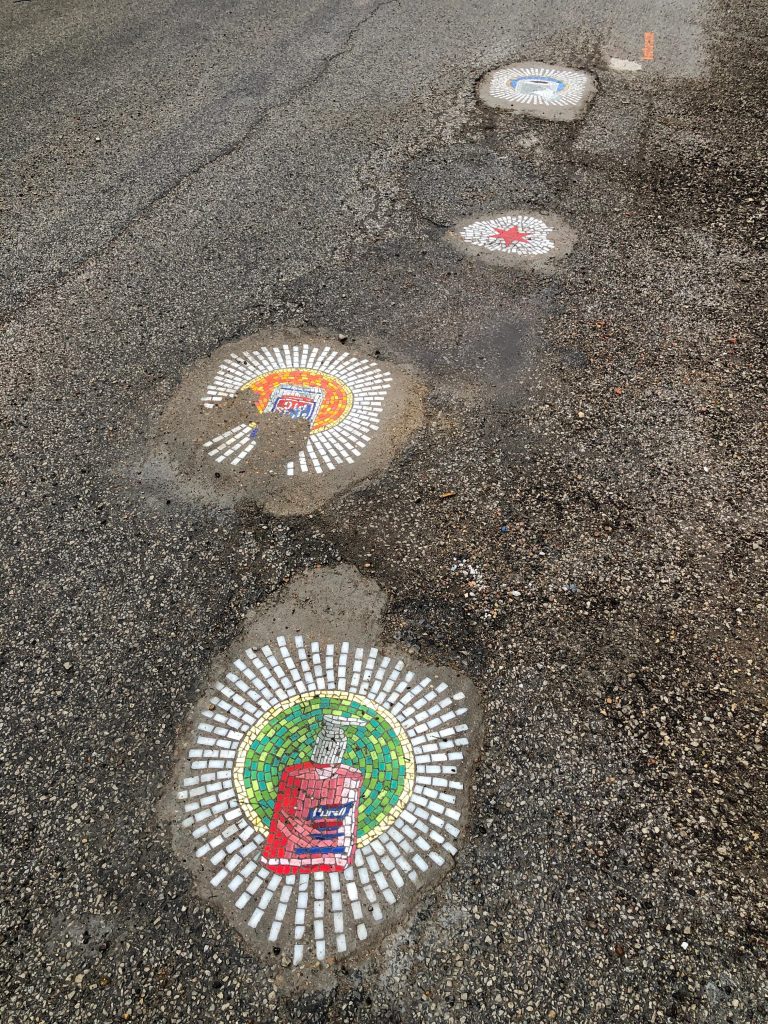 “My pothole art is just part of my workload so how often I do it varies. Some years I have done 20 –and other years only six. The rest of my projects include pieces of fine art and commissions. People probably really started to take notice after I had done six installs. My 2nd or 3rd installation was documented on a morning news show and it spread from there and went viral 6-9 months later,” he remembers. 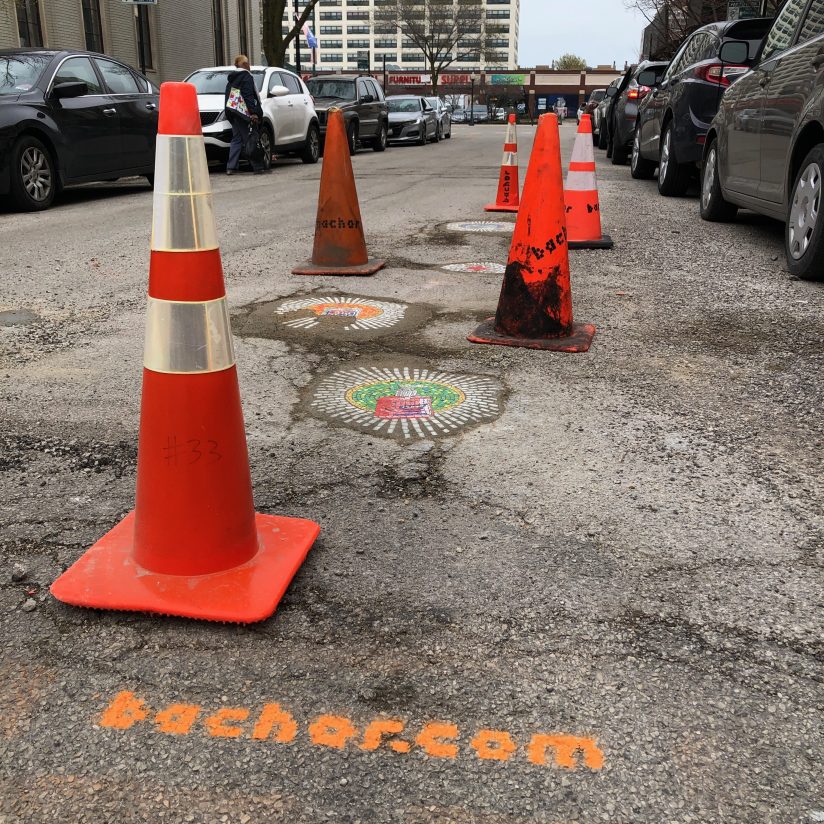 Art, specifically street art, is like a gallery that pops up unexpectedly and never closes.“It’s not stuffy nor does it exclude anyone,” believes Jim. “Finding my work is a bit like an Easter egg hunt – with a surprise when you find it. I think the same goes for a piece of public art that goes up in an unexpected place. I think art can bring a little joy, a little pleasure, a little wonder to people during these dark, unsettling times.” 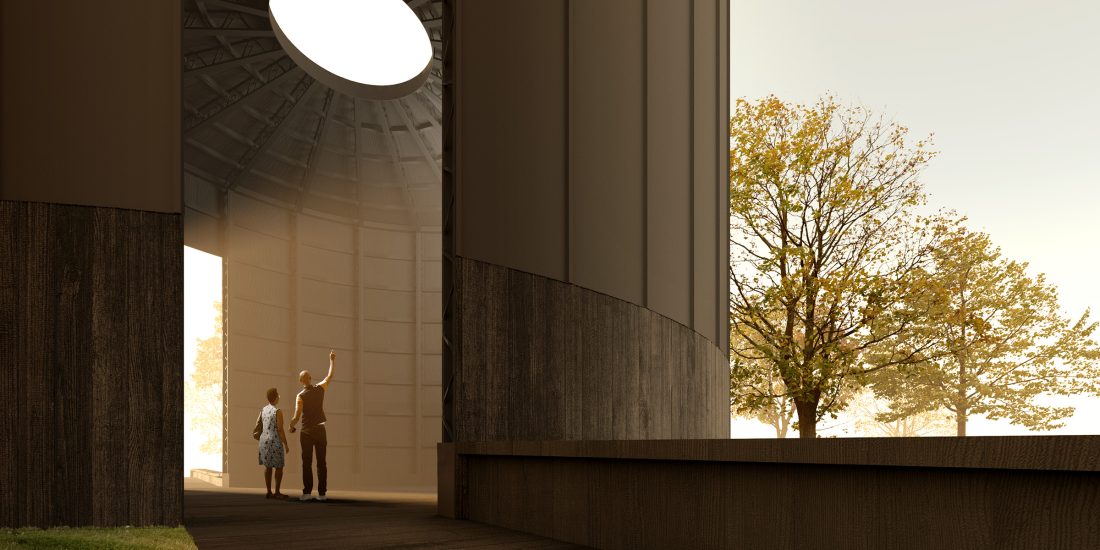 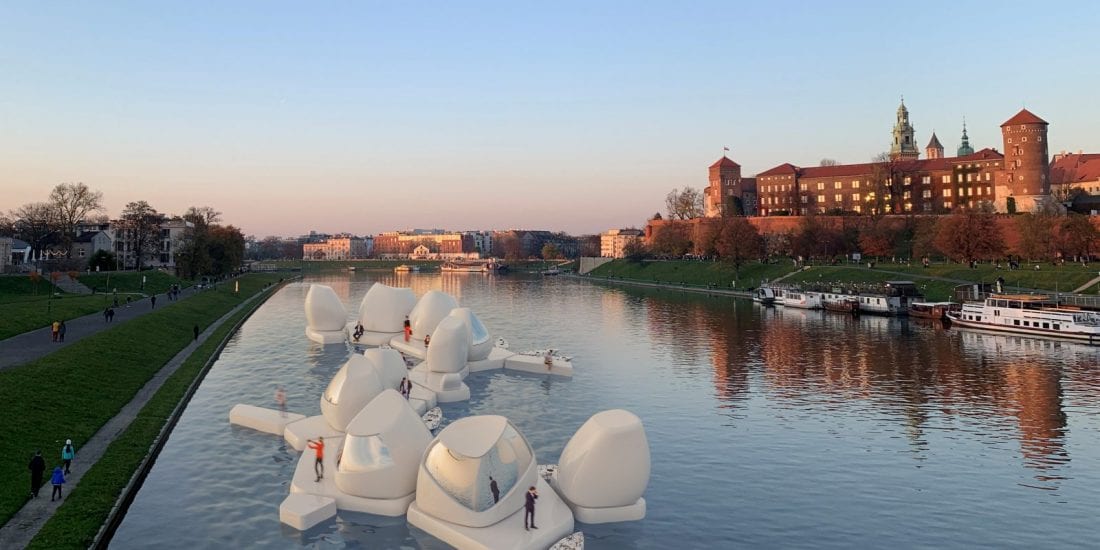