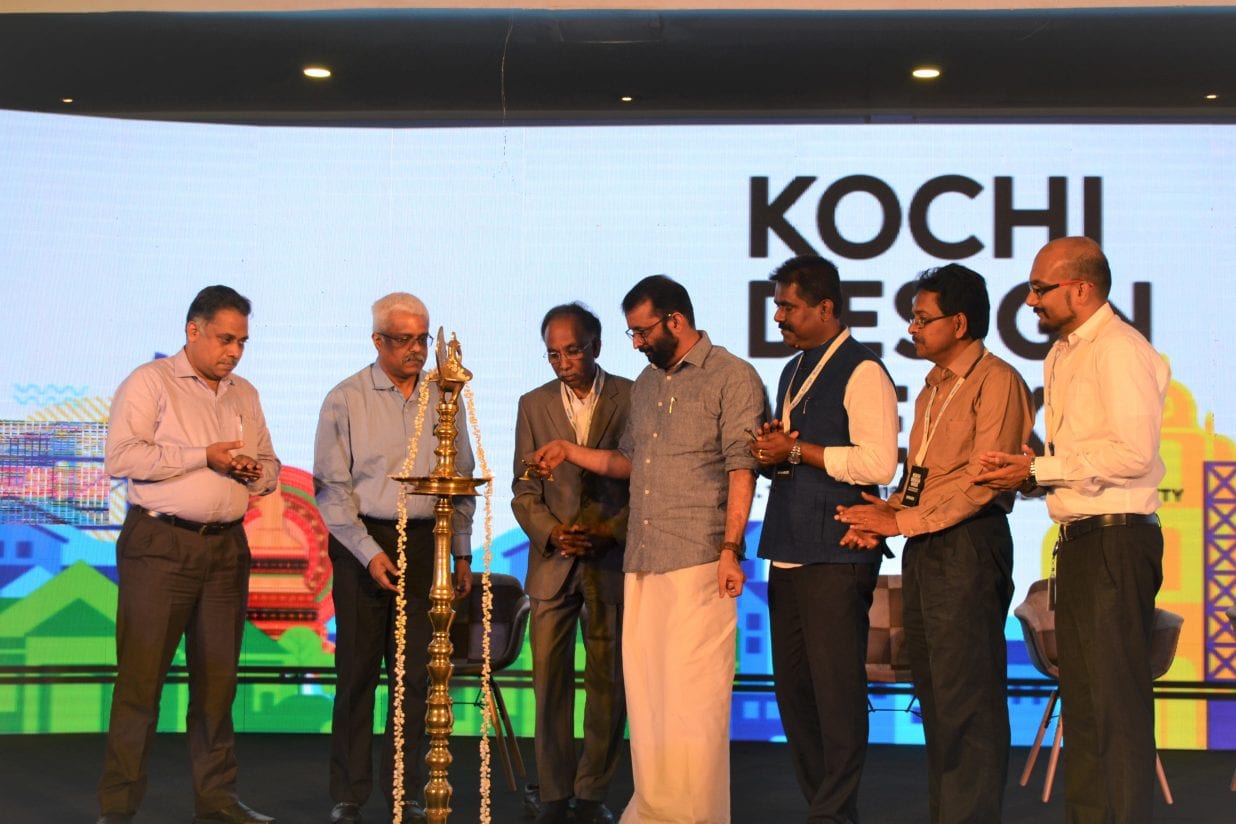 KDW: A Design Week with an Intent

Kerala is working towards developing a design policy for promoting sustainable infrastructure that uses innovative designs for habitats and smart cities, Chief Minister of Kerala, Pinarayi Vijayan announced during the concluding session of the Kochi Design Week.

Set in the picturesque island of Bolgatty Palace, in a surrounding that definitely needs some design interventions, Kochi Design Week (KDW) in its second edition has a long way to go to be touted as a festival on par with the design fairs around the world. 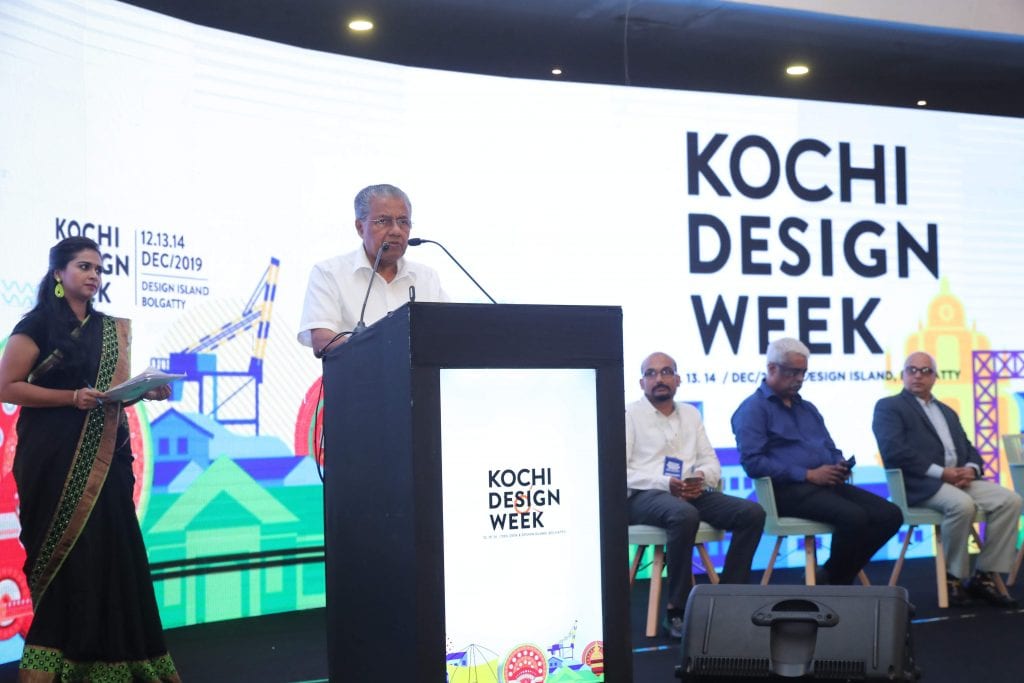 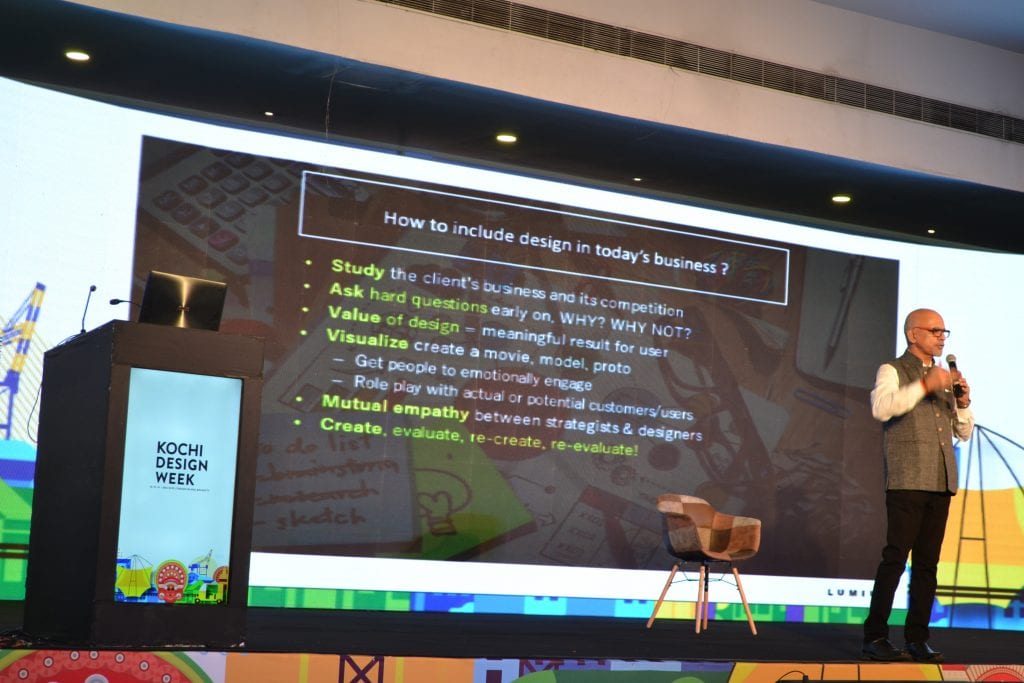 But Kochi Design Week has scaled one definitive challenge; of bringing thought-leaders from around the word, discoursing amongst them the need of a design policy for a long-term development plan for Kerala through futuristic technology and architecture and then by the end of the festival, announcing the formulation of a design policy for the State.

The Chief Minister of Kerala also announced that the coming editions of KDW would be launched as the Kerala Design Festival elevating the design week format through the integration of multiple events. Speaking at the concluding session of the Kochi Design Week, he said, “Kerala Tourism can market this design meet globally so that it will be one more reason for the creative community to travel to Kerala.”

Pinarayi Vijayan said the government would work with the Kerala Startup Mission and similar agencies to assess the areas that required a stronger focus amid an ongoing mission to rebuild the State’s infrastructure.

“We will come up with necessary interventions to boost entrepreneurship, skillsets and other design-related scaleups,” he said.

Over 100 speakers from within India and 12 other countries addressed sessions and workshops as well as masterclasses before 3,000-plus design professionals, architects, interior designers, thought leaders, policymakers and government officials.

The event was organized by the Kerala Government’s IT and Electronics Department. 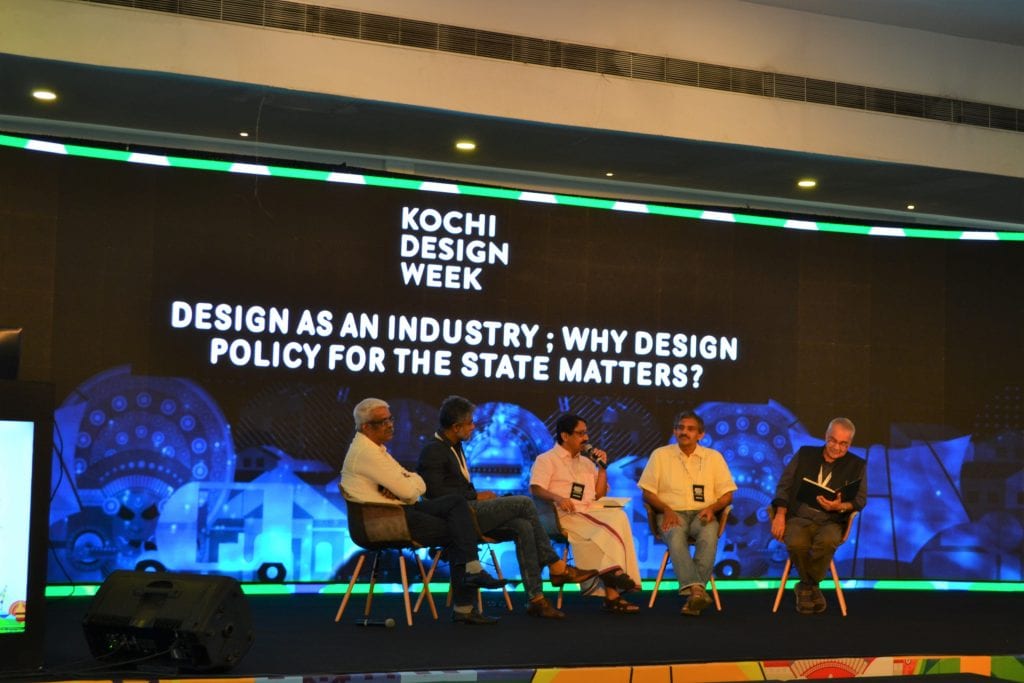 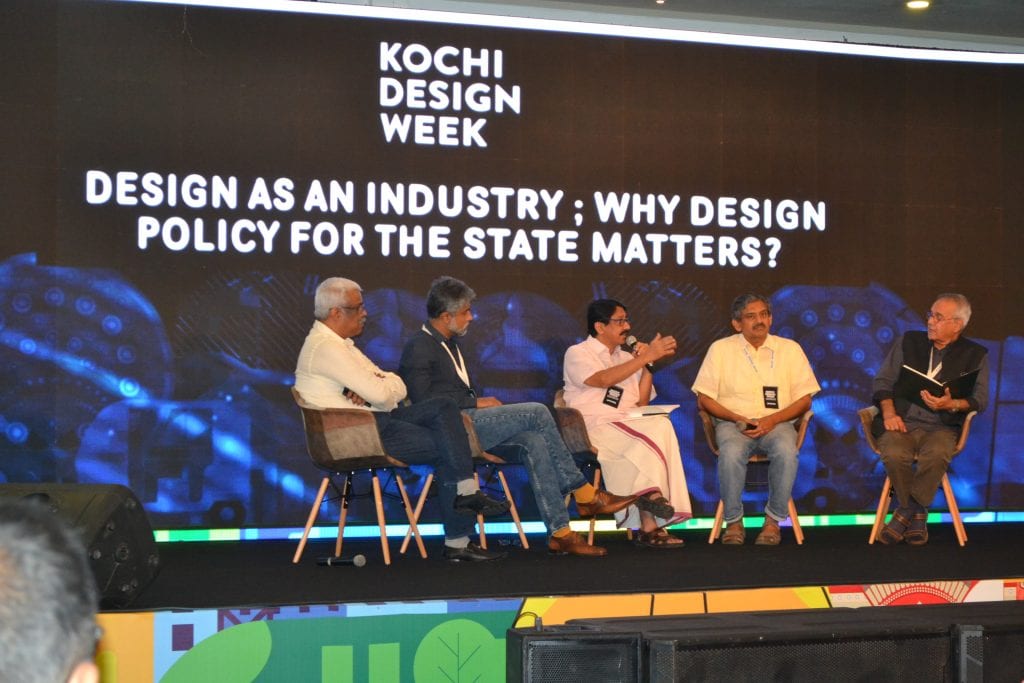 Design as an industry, one of the most engaging panel discussions at the KDW, with Architect Mujeeb as the curator (not seen in the pic), K.T Ravindran, Architect Jaigopal, Dr. Venu. v. IAS, Arun Narayanan, and M. Sivasankar IAS.

The CM of Kerala said that it was a time that the state put to use its creative domain and harnesses the creativity for the country.

What was most enlightening of KDW, was the participation from the government; which threw light on the fact that there is an intent to push design as a tool to facilitate industry. This was reflected most in one discussion that took place on Day 2 of KDW with Ar Mujeeb Ahmed, Partner Collaborative Architecture, KT Ravindran, Dean Emeritus, RICS School of Built Environment, Amity University, M Sivasankar, IAS, IT Secretary to Chief Minister of Kerala, Ar. Jaigopal, Managing Partner and Director, Design Inspirations, Arun Narayanan, Communication Designer, and Dr. Venu, IAS, Principal Secretary, Cultural Affairs, Govt. Of Kerala. The topic of discussion was why a design policy for the State matters? The discussions took off from the curatorial points put up by Ar Mujeeb who asked if a framework would help create an eco-system that thrives on innovation and competition while nourishing our culture as well as looking at modern-day learnings. 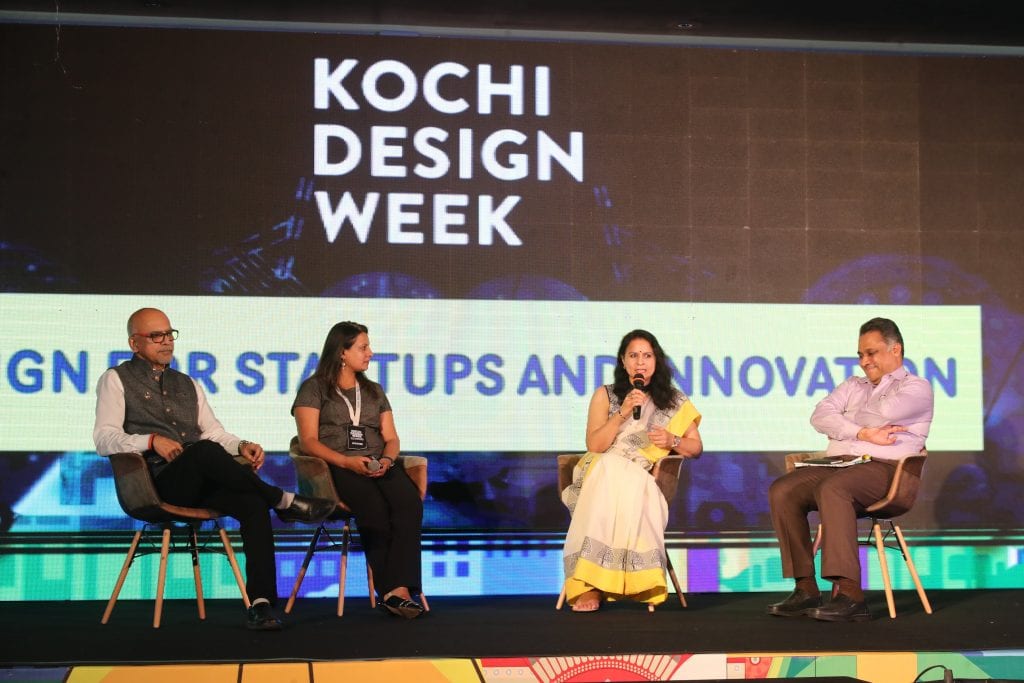 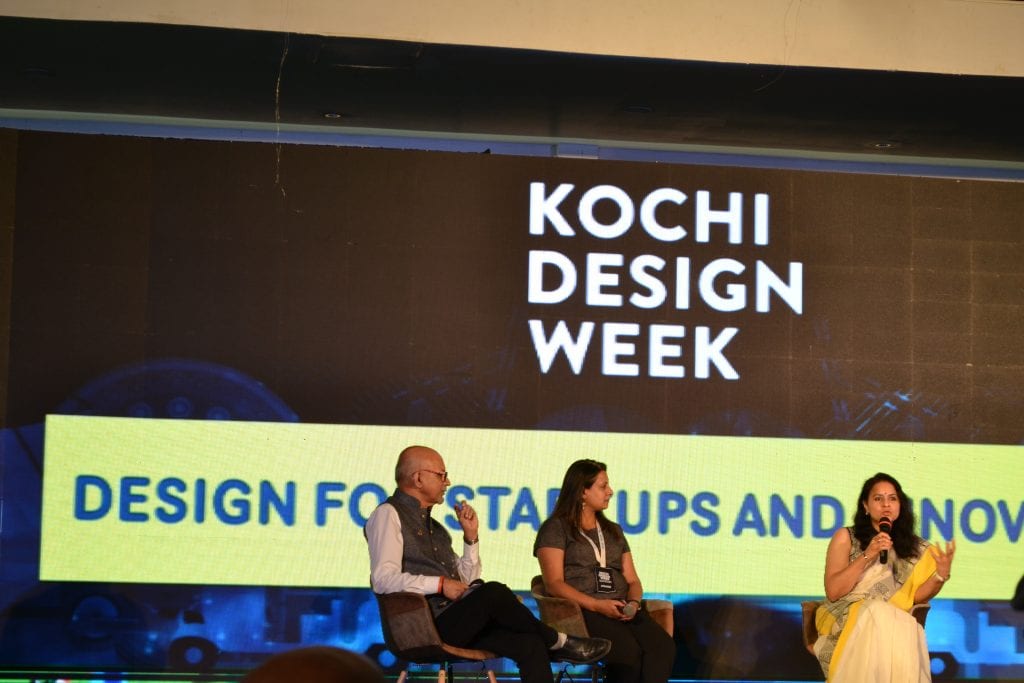 According to IT Secretary for State, Sivasankar, the need for a design framework came up when the State embarked on Rebuild Kerala after the devastating floods that hit Kerala in 2017 and again in 2018. “The entire community stood together and helped us navigate the crisis in its initial days. We had decided that when we build back better infrastructure and housing solutions had to be identified and followed. That is when we realized that we could not go through the same processes that we had followed earlier, we needed more pragmatic solutions, we needed a culture change, a change in building process, change in planning by architects, we needed a change in thinking and ideation from every stakeholder and it was then that we decided that there was a need for a design framework,” he says.

Dr. Venu, Principal Secretary pointed out that while governments can put in policies, it is the role of the architect or planner to build keeping the rules in mind and thinking of the adverse after-effects instead of finding gaps in the system and utilizing those loopholes for designs. 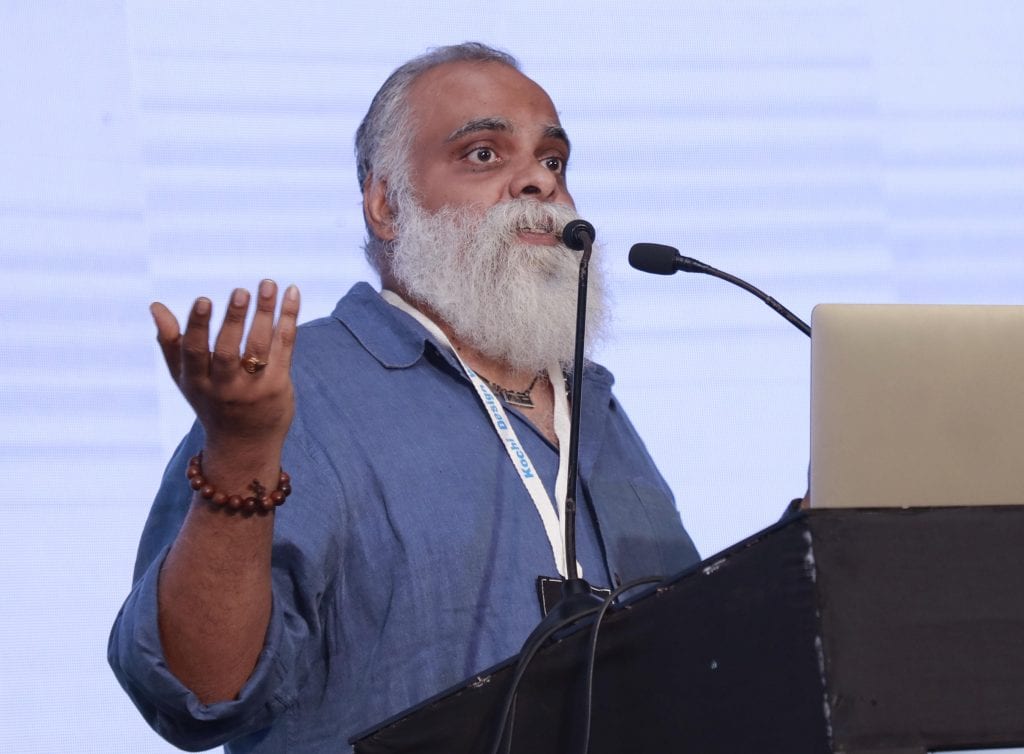 “The coming two years are crucial for us as we plan to produce 20,000 blockchain experts. The emphasis is on enhancing the quality of manpower steered by young start-up companies. This is a great opportunity for us to build expertise in next-generation technology and knowledge sharing,” M Sivasankar State IT Secretary said.

Vivek Shenoy, a design enthusiast and a social entrepreneur, who is currently tasked with setting up simple and cost-effective science experiments to fire up curiosity in school children, was a first-timer to the KDW and had this to say about the design festival. He says, “KDW did not particularly live up to being analytical about design. It did showcase some fantastic speakers and their work; most presentations were almost zen-like and there was a lot to learn and imbibe from what these speakers said and presented. How and why, seemed to be mostly missing, which is my biggest disappointment with the KDW.” 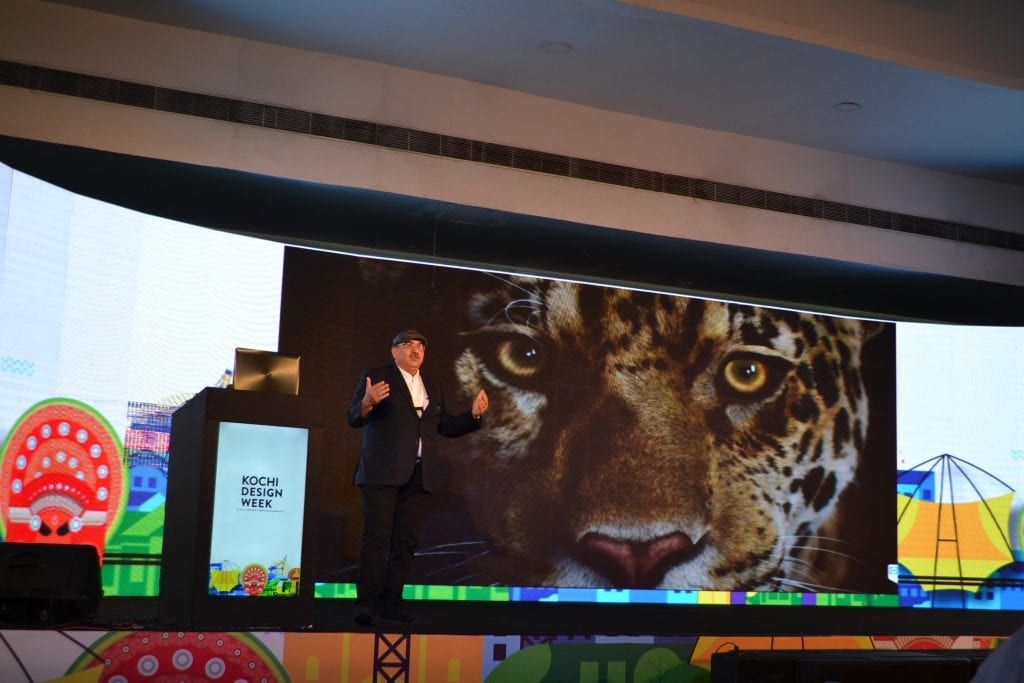 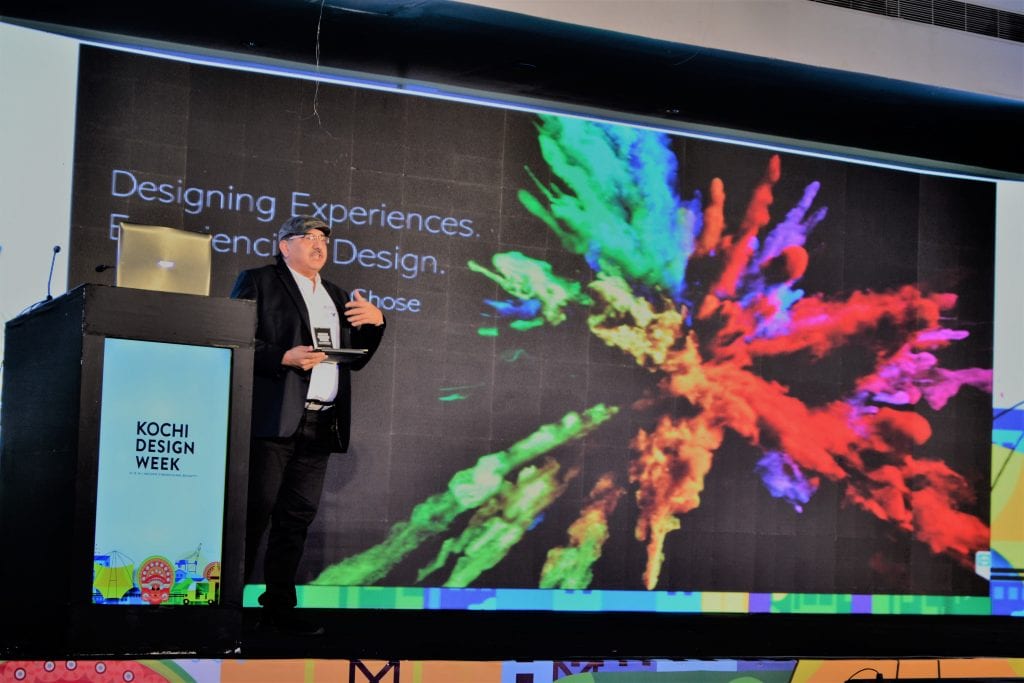 And that is a grievance that is shared, the lack of a joint thread of thinking that held the various talks and panel discussions together. “It seemed like a potpourri, a little this and a little that in the backdrop of fun and networking. Maybe the KDW needs a little refinement, a detailed study on topics and maybe a theme to work on in its coming years. And in the meantime, the entire design community will wait to see how this entity grows from infancy to maturity. That will be an experience to celebrate.” 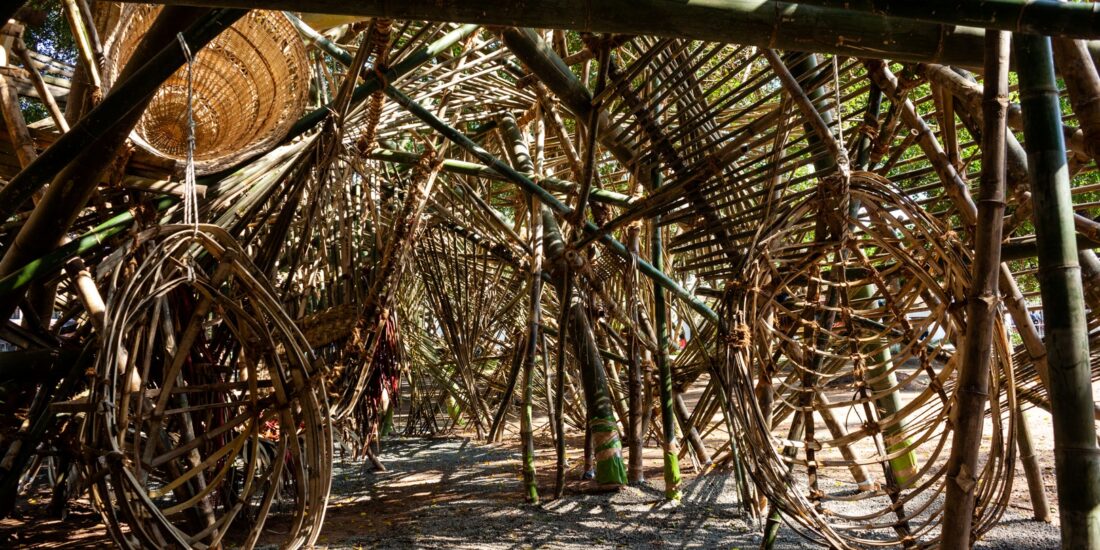