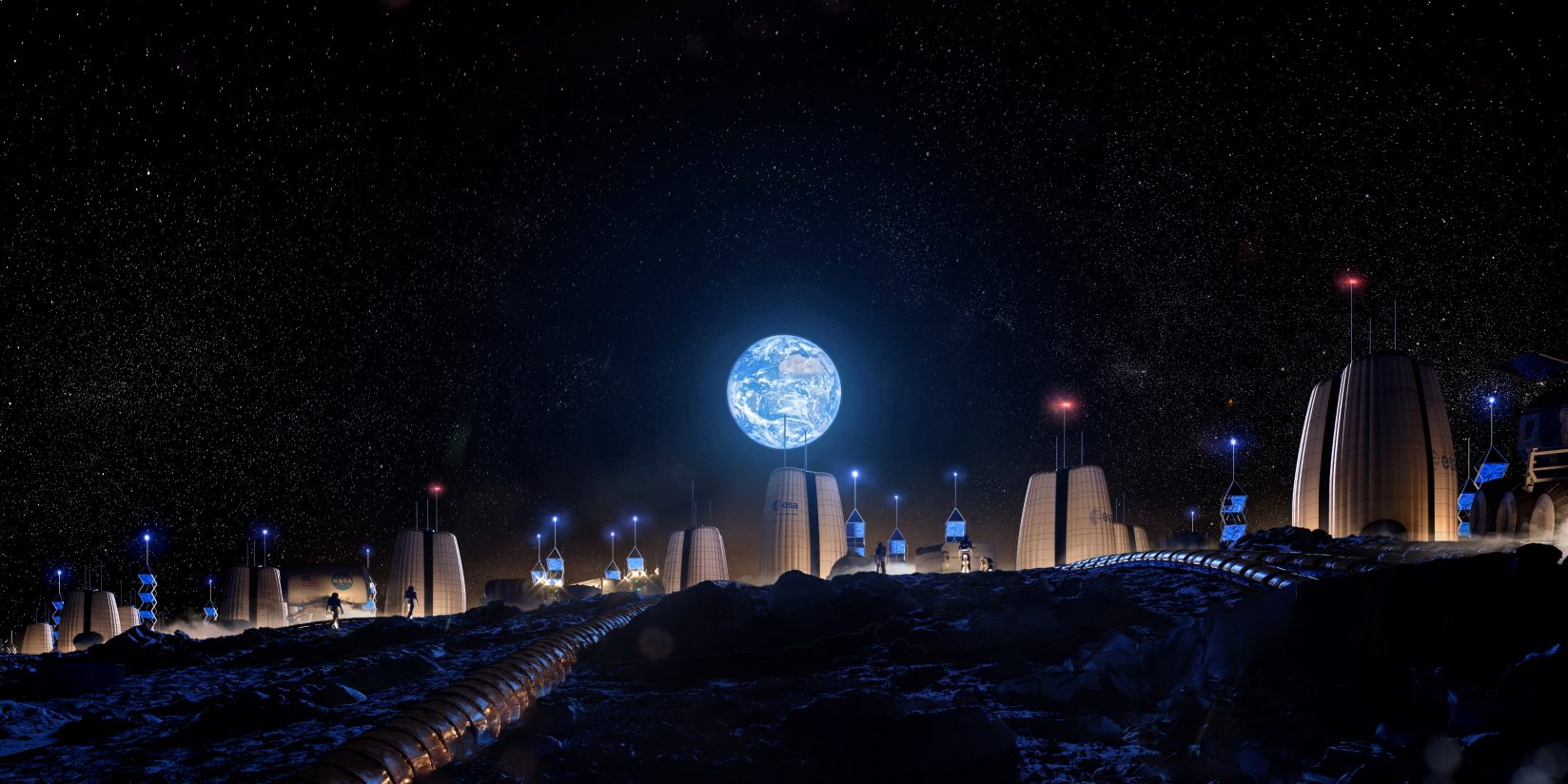 The Moon Village May Soon be a Reality

A memorandum of collaboration was signed by SOM (Skidmore, Owings & Merrill) and the European Space Agency (ESA) to advance a moon village research. It is finally time to envision life on Moon… By Aarthi Mohan.

Decades after humans first set foot on the Moon, a new initiative is trying to take us back and this time to settle there on a permanent basis. 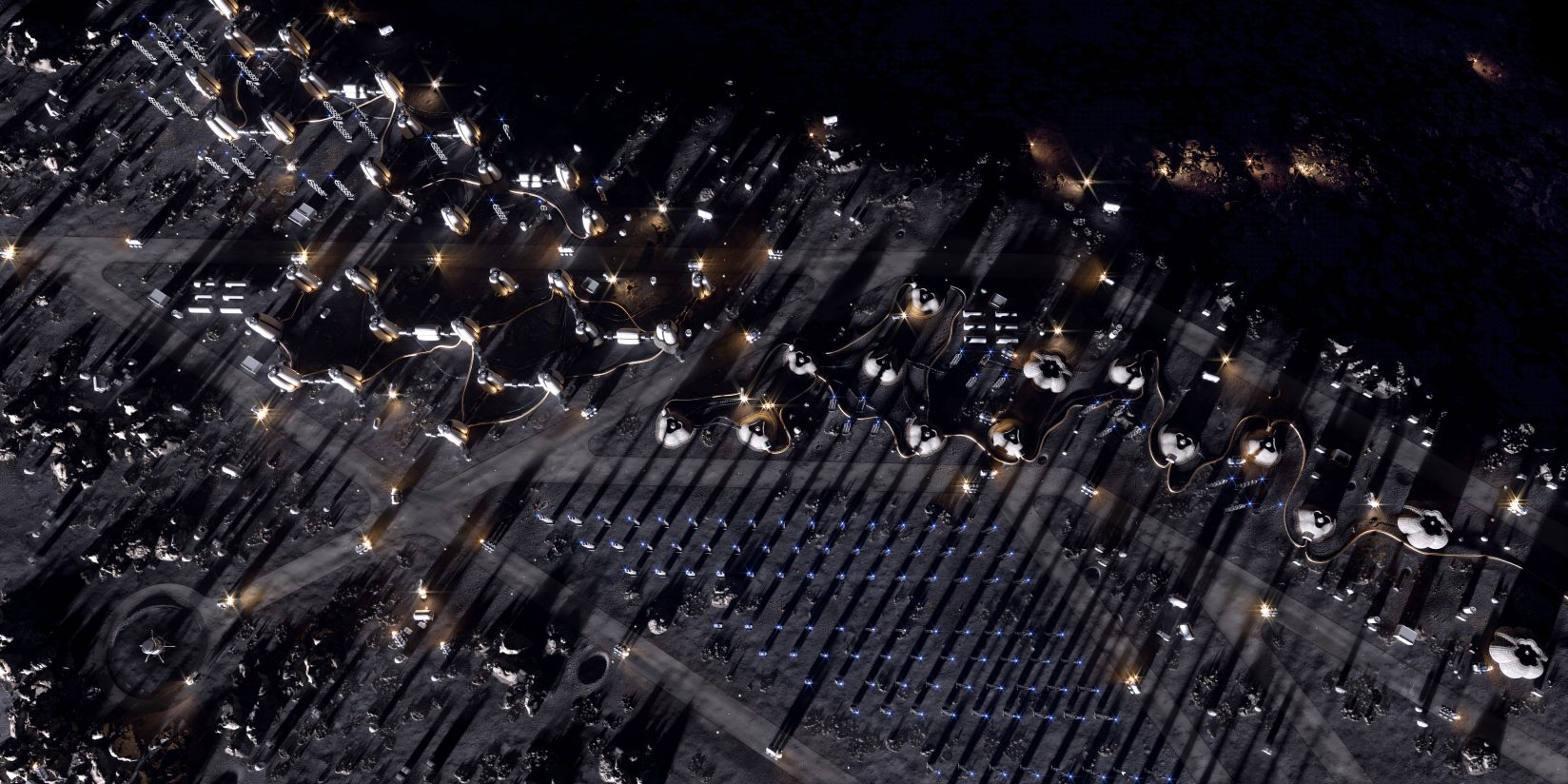 SOM (Skidmore, Owings & Merrill) joined the European Space Agency (ESA) to sign a Memorandum of Collaboration (MOC) at ESA’s headquarters in Paris. The announcement signed by Colin Koop, Design Partner at SOM and Johann-Dietrich Wörner, Director General of ESA will expand the scope of SOM and ESA’s existing research into the longterm habitation on the Moon. “The cooperation between ESA and a global company such as SOM is a very good example of the spirit of the Moon Village concept: an alliance between private and public, space and non-space entities that will enable going forward to the Moon in an inclusive and sustainable manner,” said Johann-Dietrich Wörner. 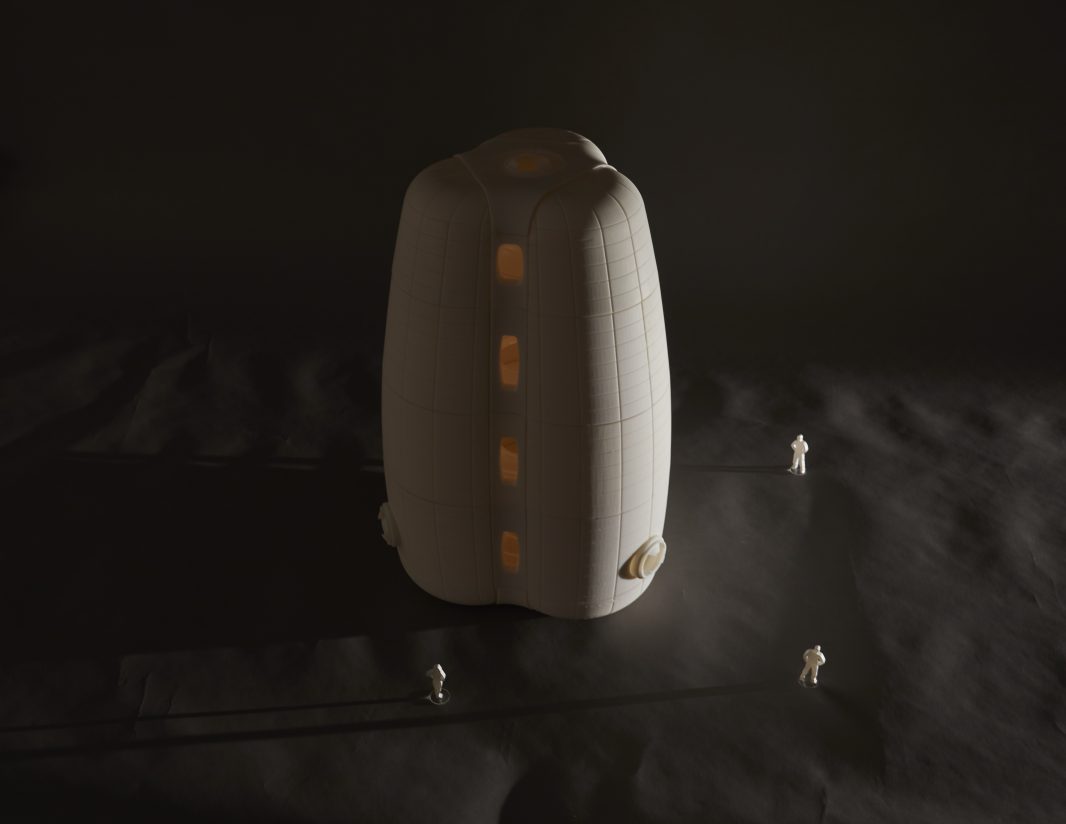 “The project presents a completely new challenge for the field of architectural design,” said Design Partner Colin Koop. “The Moon Village must be able to sustain human life in an otherwise uninhabitable setting. We have to consider problems that no one would think about on Earth, like radiation protection, pressure differentials, and how to provide breathable air.” 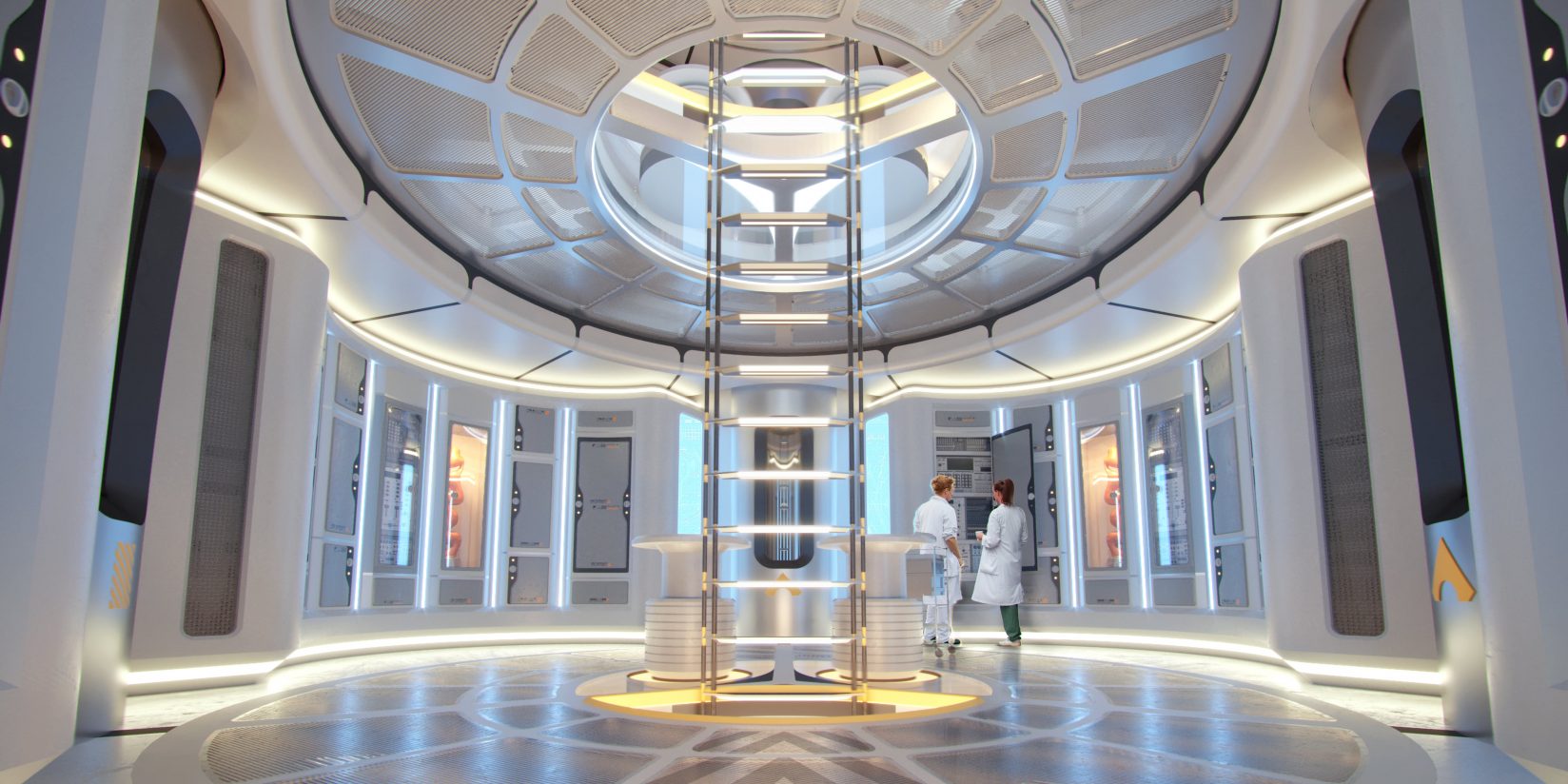 Since 2018, SOM has been in partnership with ESA and faculty at the Massachusetts Institute of Technology (MIT) to develop the concept for Moon Village, a multi-partner open concept, as a framework for the first permanent settlement on the lunar surface. The large-scale, integrated development is envisioned near the Moon’s South Pole, with large habitation modules with inflatable structural shell technology placed on the rim of Shackleton Crater. The newly signed MOC will build on this existing partnership by introducing a new study within ESA’s Concurrent Design Facility (CDF), to focus on the development of the settlement’s habitat modules. Upon its completion, the study will be made public, with the goal of inspiring technological developments related to long-term and sustainable exploration of the lunar and Martian surfaces. “Our partnership with ESA represents a new way of approaching the industry’s most complex problems,” said Colin Koop, “and we’re thrilled to celebrate this milestone, which will take our collaboration to the next level. Together, we are creating a new kind of architecture – one that can sustain human activity in a place that was, up until now, considered uninhabitable.” 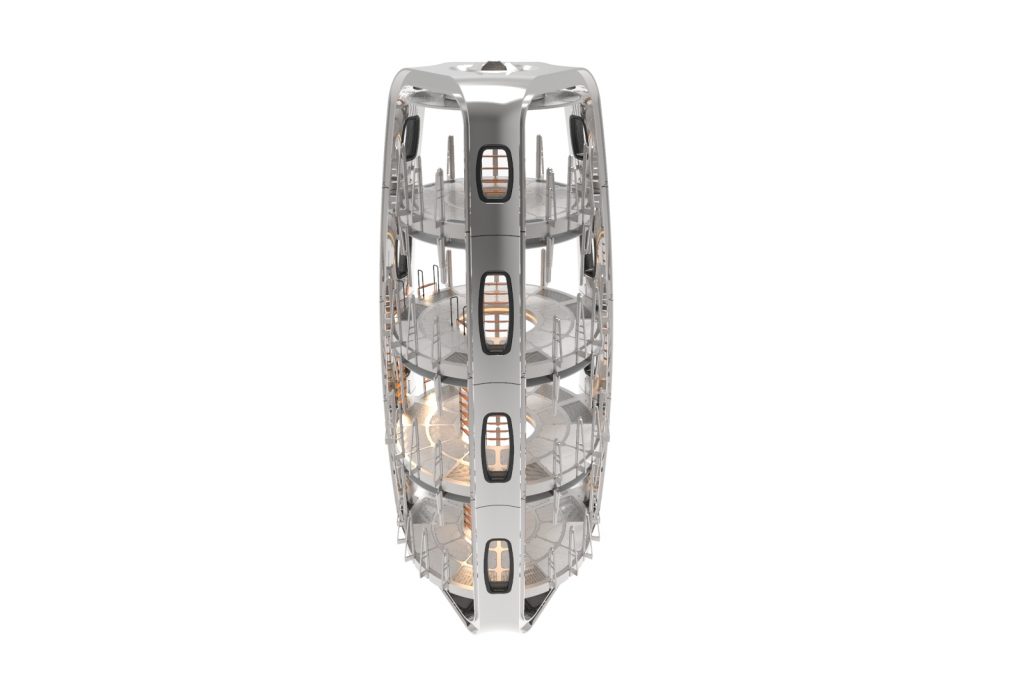 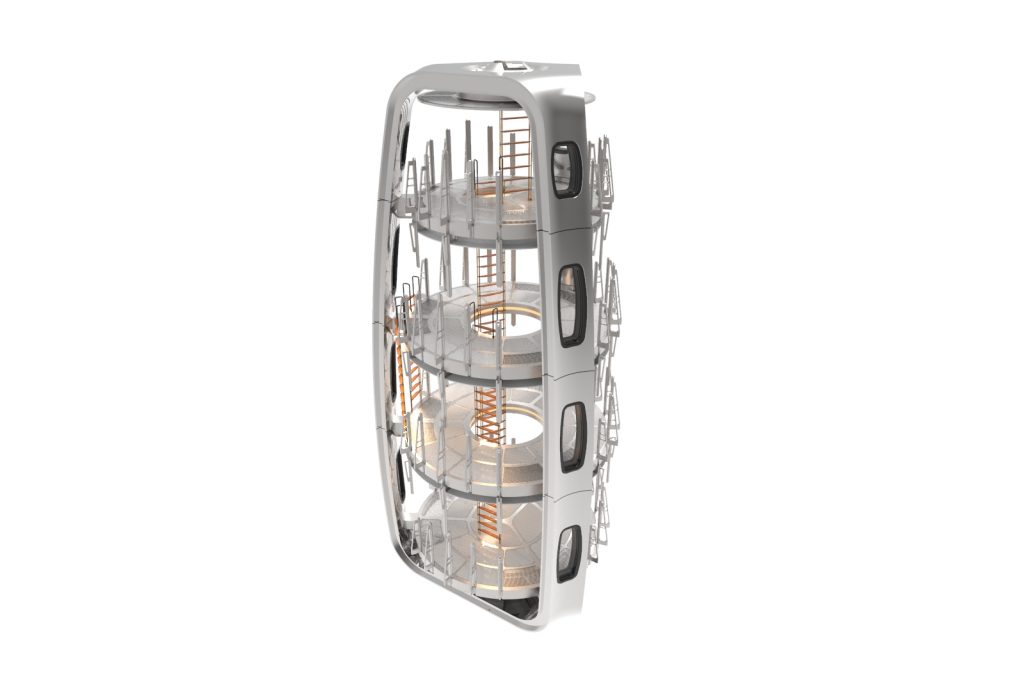 The settlement is designed to withstand the extreme conditions of a lunar environment, with a central focus on self-sufficiency and resiliency. The site at the South Pole on the Moon receives near-continuous daylight throughout the lunar year, to help the settlement harness energy and set up the required life support systems, as well as in situ resource utilisation (ISRU) experiments, which could generate useful elements using the Moon’s natural resources. Water-ice deposits nearby could be extracted to produce breathable air and rocket propellant for transportation and industrial activities. Clusters of modules would be connected to enable easy mobility between structures, with communications towers located on the highest ridges of the terrain. The pressurised, four-level habitat modules can house four to six people and feature systems such as environmental controls and life support systems, logistics management, scientific workstations, and a robotic control station. The structural design is a hybrid system comprising two key elements: a rigid composite frame composed of three columns; and an inflatable structural shell. Unlike other inflatable designs, which center structural and mechanical systems, this solution creates an interior that is free and open. The individual pressurized modules are designed to inflate and expand to increase user space for future growth and program requirements. The concept calls for three to four-story structures, with workspaces, living quarters, and environmental control and life support systems. These inflatable structures would provide—together with regolith-based protective shells—resistance to extreme temperatures, projectiles, regolith dust, and solar radiation. More importantly, these features would enable the Moon Village to carry out its much larger purpose as a scientific, industrial, and entertainment development, and an endeavor with far-reaching goals. 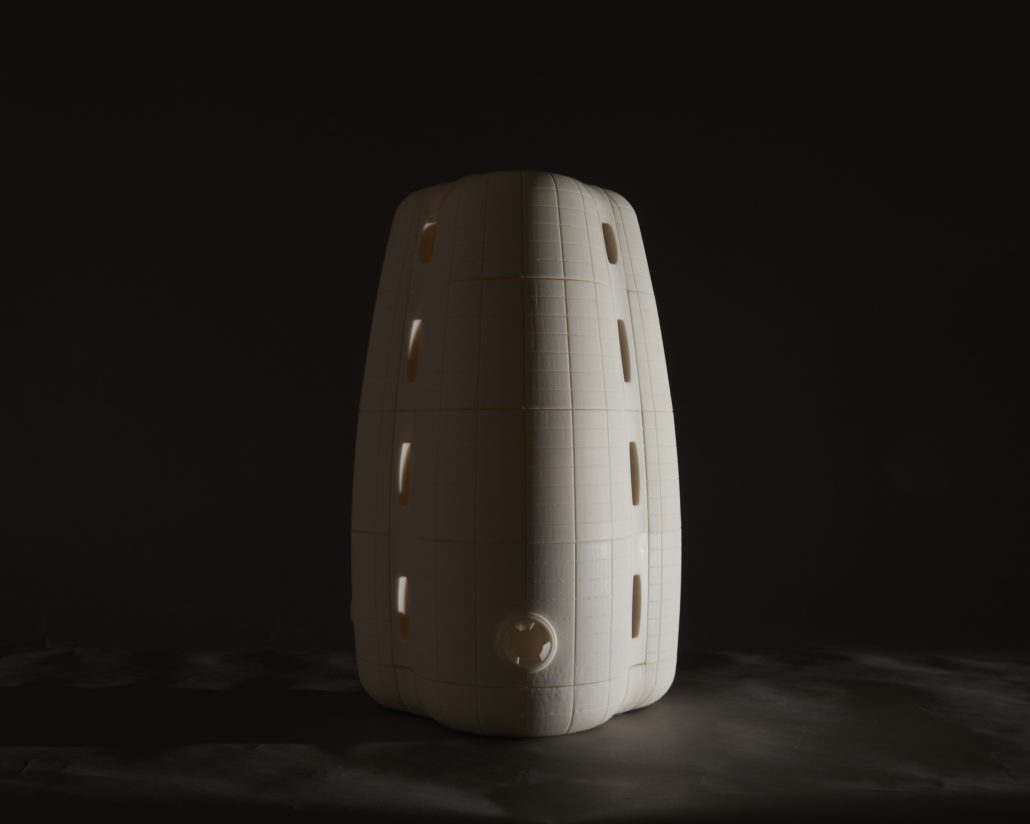 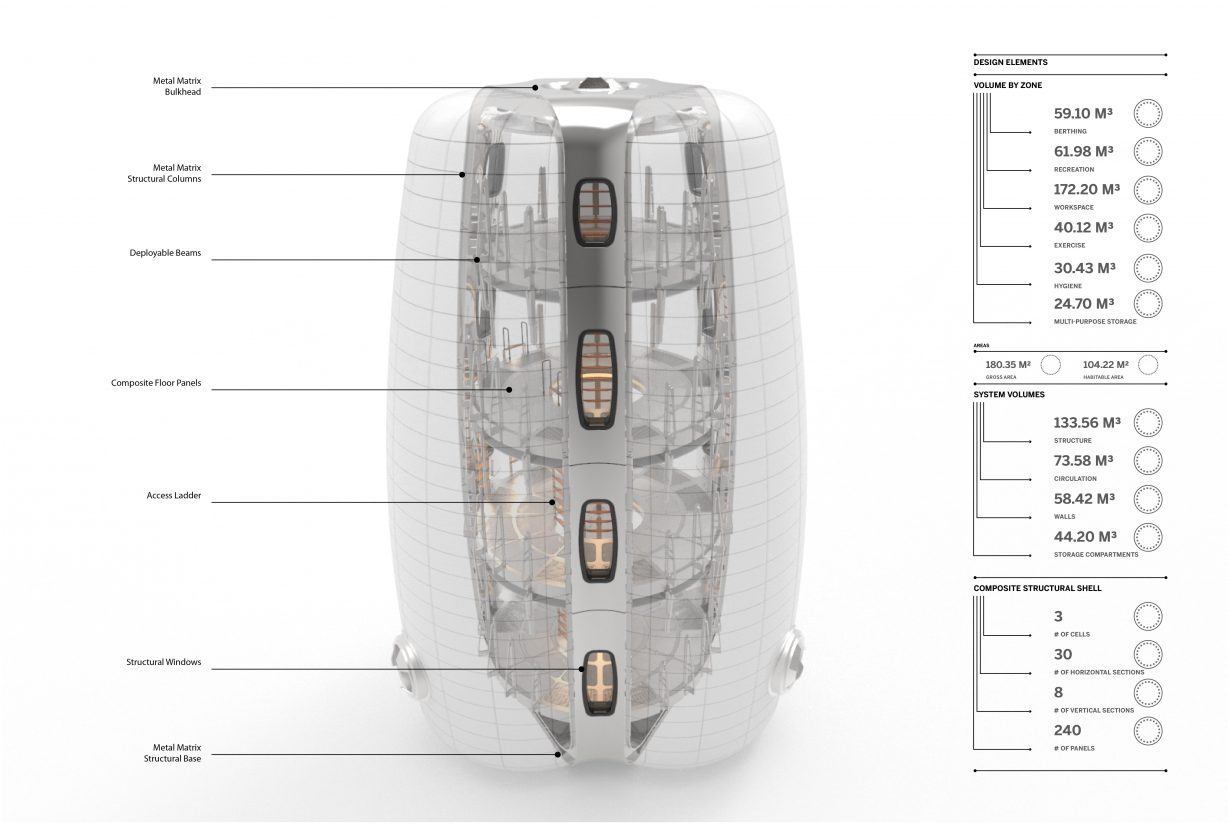 The Moon Village concept is distinctly interdisciplinary. SOM is master planning, designing, and engineering the settlement; ESA is providing expertise from the European Astronaut Centre (EAC) and the European Space Research and Technology Centre (ESTEC) and from its Headquarters; and faculty members from MIT’s Department of Aeronautics and Astronautics are providing expertise.