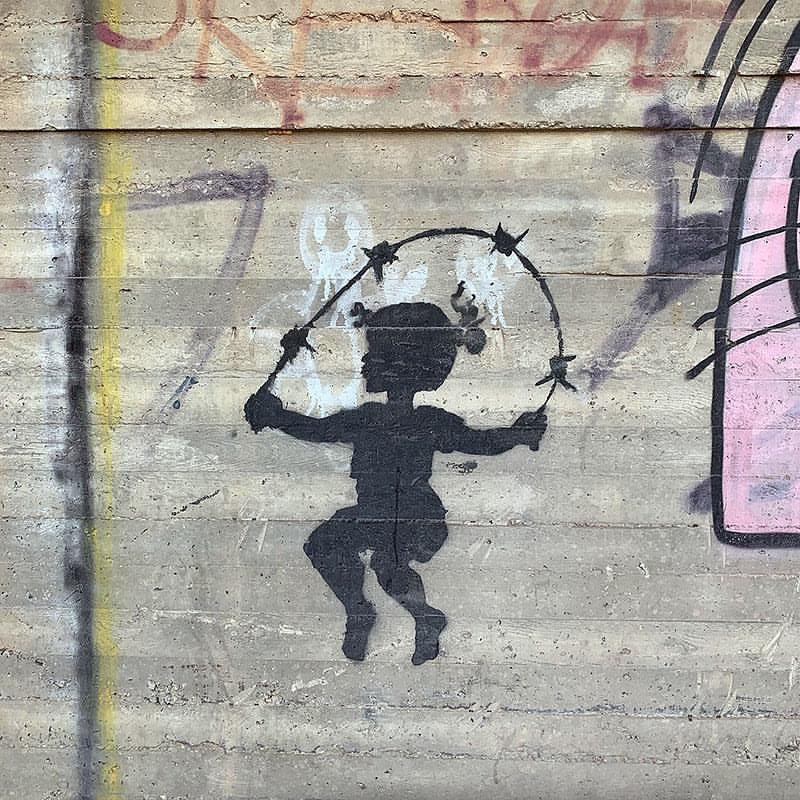 An anonymous artist takes over the walls of Bethlehem and stencils pictures of children playing with barbed wires and unexploded bombs, implying fences of divide touching on the danger of being born in the Palestinian land. The images tug at heartstrings as it carries stories of imperialism and innocence lost to war. Zayna Al Saleh talks to the street artist aka @Cakes_stencils to find out more about his brave mission. 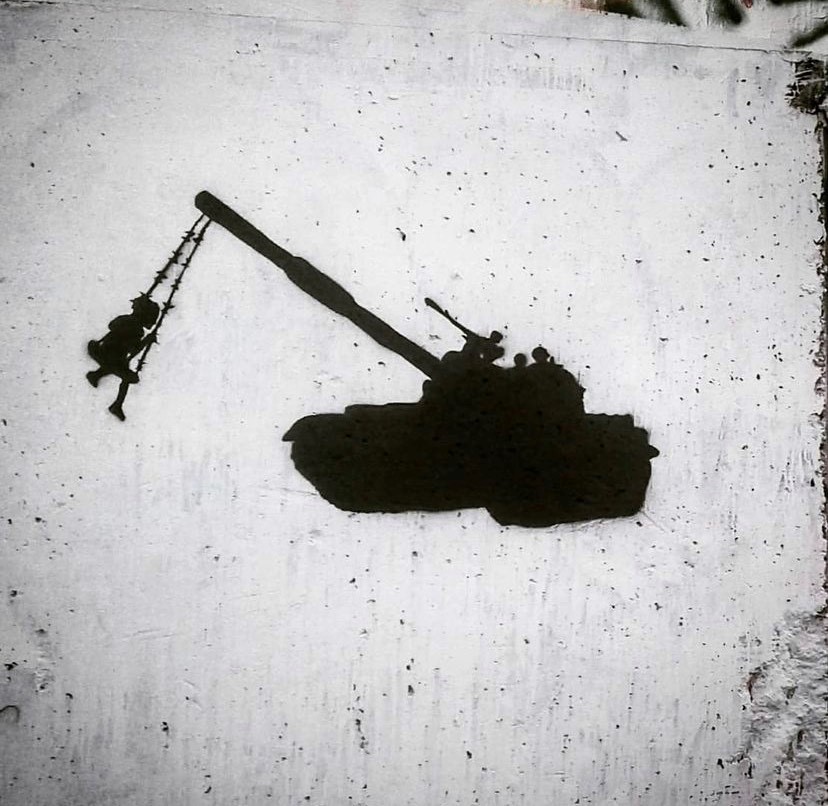 “That’s why I’ve created hundreds of works on Bethlehem’s wall so far. I am cautious it might be my last time there,” says the pseudonymous street artist, Cake_Stencils. For many graffiti heroes, both remaining unseen and producing art to be seen are imperative and go hand in hand. But for this artist, anonymity is more a practical consideration and less a secretive allure: to be granted entry to Israel-Palestine.

A year following his first visit to Bethlehem he painted his first work, “A Little Girl Jumping Barbed Wire” (2018), an allegorical jumping rope depicting the shuddering context of Palestinian childhood, a subject matter that would later inform his oeuvre. He has since made numerous trips back and forth, setting up a studio at Banksy’s other Bethlehem enterprise, Wall-Mart, the pun intended being ‘Wall My Art’. As its title suggests, visitors were offered opportunities to cut their own stencil templates to transfer to the apartheid wall, a workshop that Cake_Stencils would often lead on his visits. 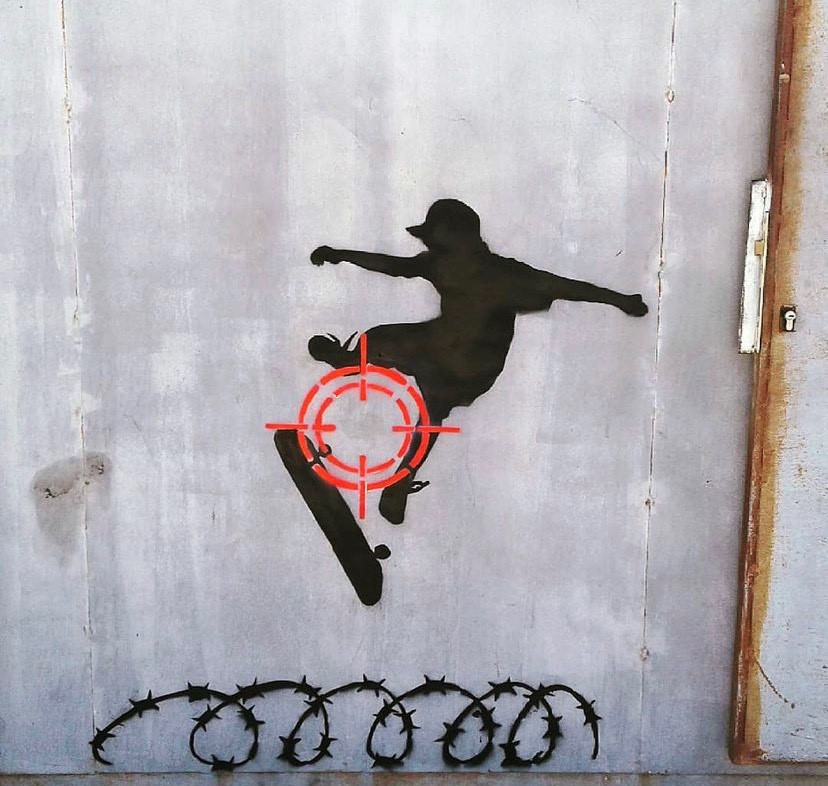 His deep black silhouettes of children are precisely drawn, carved out with razors and its resulting template spray-painted on architectural surfaces. These portraits of occupied childhoods are widely recognised and admired by Palestinians across the city: a young skateboarder dodges a sniper’s bullet, sullen postures, tyre swings roped to tank guns, the passenger cars of a Ferris wheel replaced by missiles, and the fate of the unborn sealed in barbed wire. The faces of these silhouettes are without details, invisible, existing in dystopian playgrounds scenes, sometimes subdued, sometimes resisting.

Spraying templates can be as efficient as the labour of minutes – even seconds – particularly due to their singular colour, explains the artist. Paintings were churned out, obsessively, defiantly. Their scale is true, typically sized at one metre with the largest being approximately 1.80 metres, whilst their eye-level positioning urges, if not forces, dialogue between the dark figures and its passers-by. Past the wall and beneath its watchtowers, down the passages of pilgrimage and through its alleys: Bethlehem’s pedestrianism is awash with these wrongfully persecuted shadows. 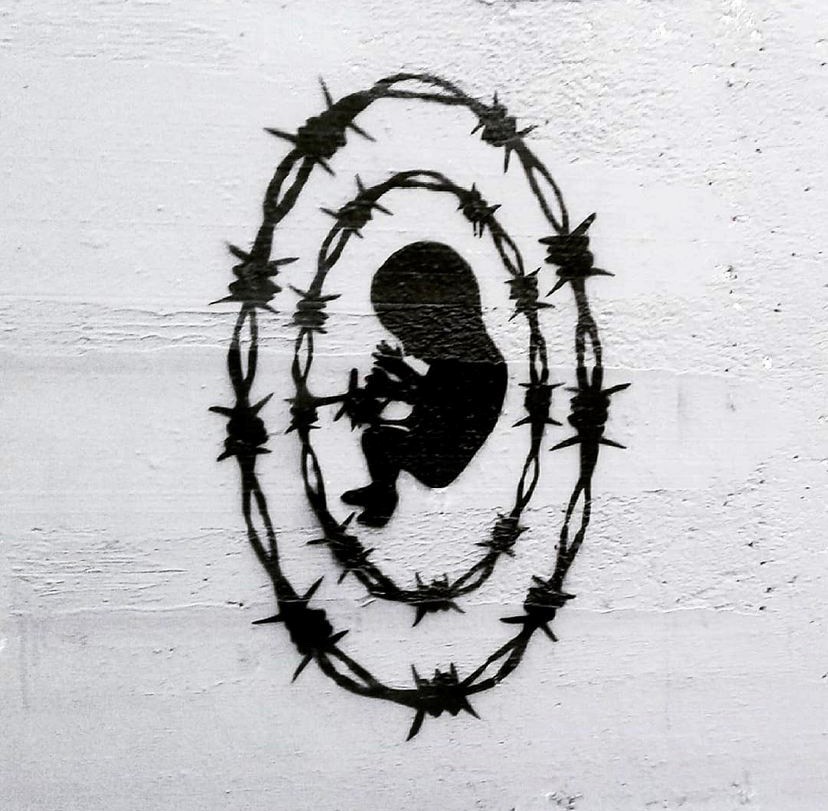 You are in Open Air Prison before you were born.

Cake_Stencils safeguards his art from the establishment by accompanying explanations on social media. He explains that the purposes of art can be warped by the market and its true meaning is lost in translation. “Some artists decide that they will only work in visual aspects, and they will give a kind of permission to the viewers to interpret the art the way they want. But for me, I don’t give viewers this freedom. I think that some of my art will be used to push another agenda. Take the stencil of the girl jumping through barbed wire, some viewers might think I am promoting a two-state solution. You can see in the image what you want but when you start reading, I am pushing you to take my side.”

Unlike popular Western graffiti practice, masking your identity and painting at night in Bethlehem is advised against if you want to avoid a vis-a-vis with the Israeli military.  “It’s safer to act as a tourist that wants to paint on the wall, with plenty of tourists out and about. It’s harder for them to deal with you. From time to time, they yell from the tower, claiming to know who I am and that they will take me. Once, there was a gun pointed towards me from the tower. On another occasion, I was sitting with my friends in a car, smoking cigarettes in front of the Walled Off Hotel. Out of nowhere, 12 soldiers appeared and began searching the car.”

But these stencils aren’t just political exercises, but works of art in their own right, with each step, calculated, every image pre-cut. “I treat my activism on the wall more like performance, that I am there, that I am painting.” He adds that overpainting is “the nature and gentrification of the apartheid wall” and that materialistic impermanence doesn’t bother him so long as the public has had some chance to engage with it.

“Why Bethlehem?” I ask. “The creator of the V for Vendetta comics [Alan Moore] once said in an interview that you can understand the world horizontally or vertically. If you see it horizontally, you are going from one place to another, in the present, seeing places like London or Paris, but you don’t come to learn much about the people. If you see it vertically, you are wholly involved and stuck to that place.” He pauses. “And for me, the vertical view is Bethlehem.”

Bethlehem’s skin has long since shed its biblical context, but perhaps art can be its new, mysterious saviour. 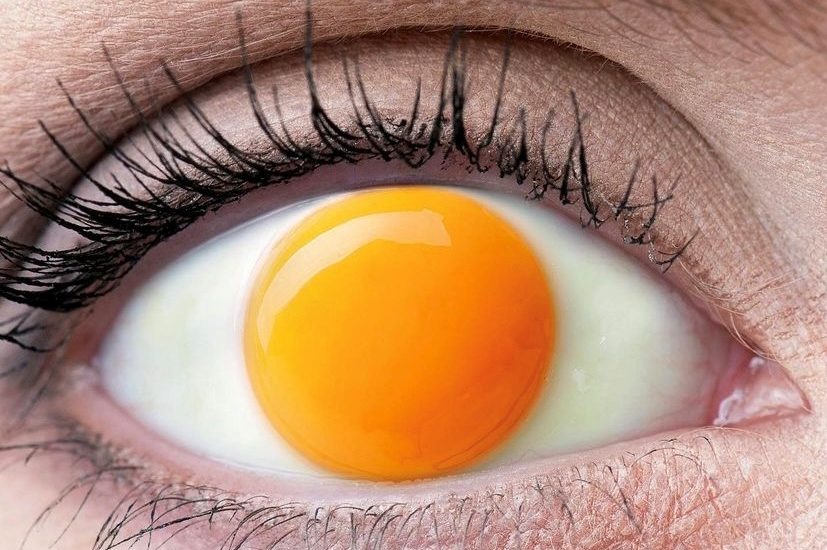 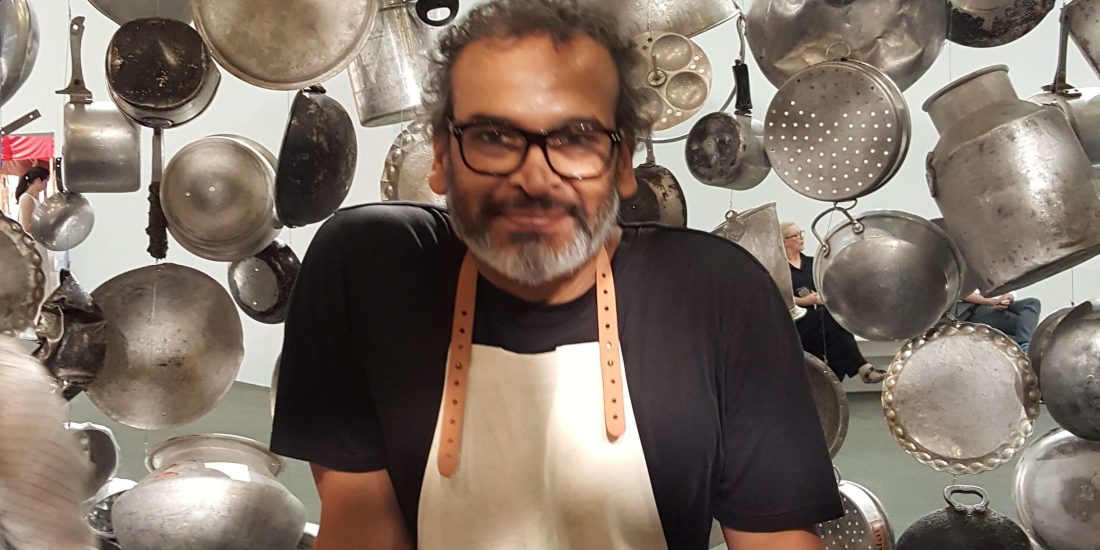 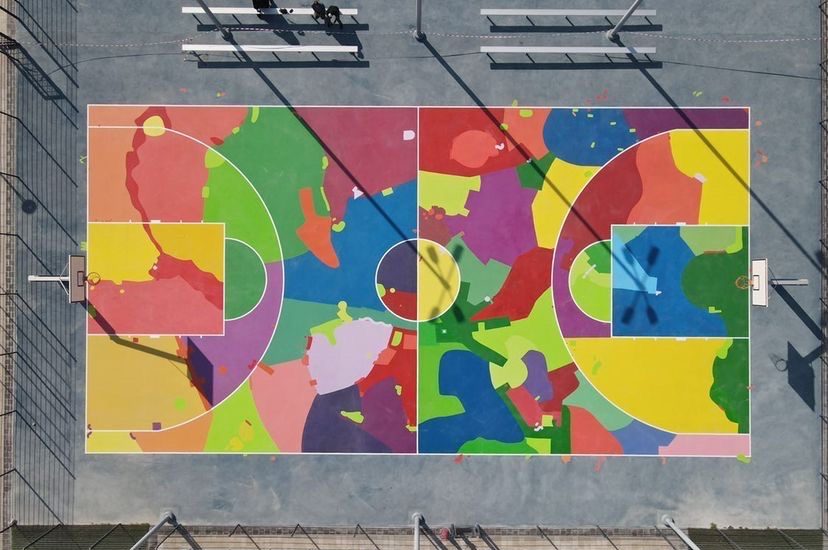