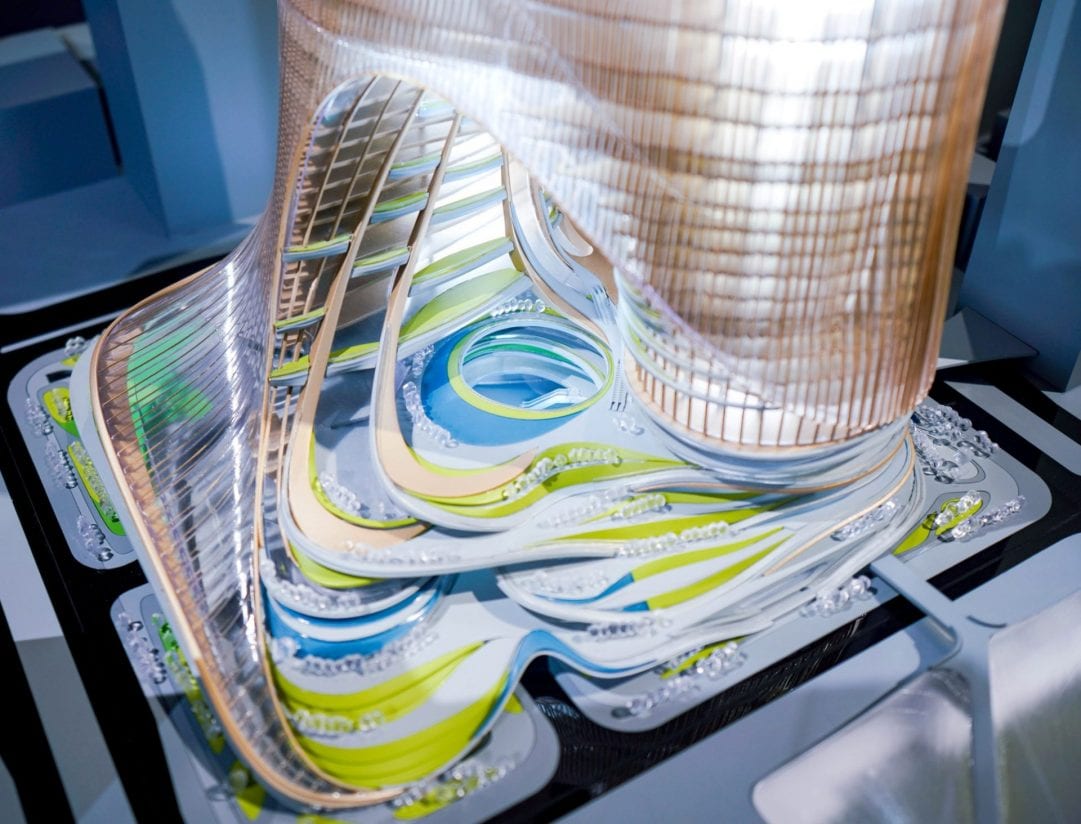 Zaha Close Up in MAM Shanghai

The Museum Art Museum Shanghai presents the first exhibition of Zaha Hadid Architects in mainland China, with a retrospective display of projects dating from 1982 to date. 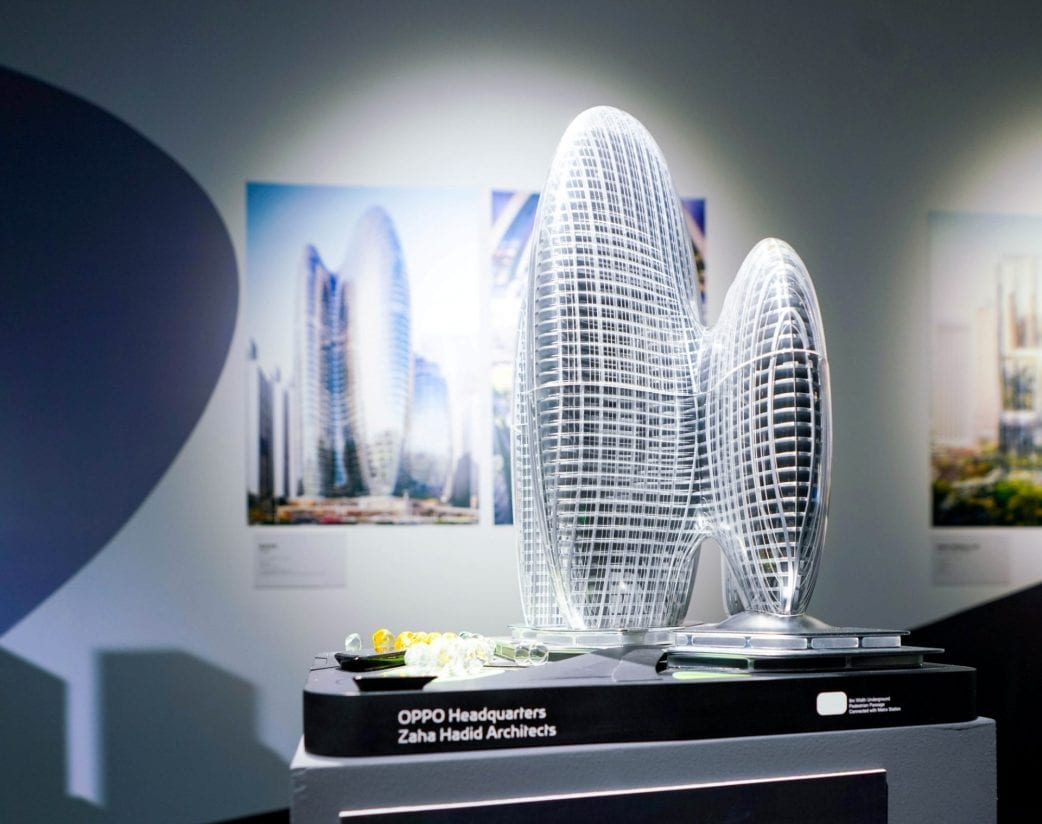 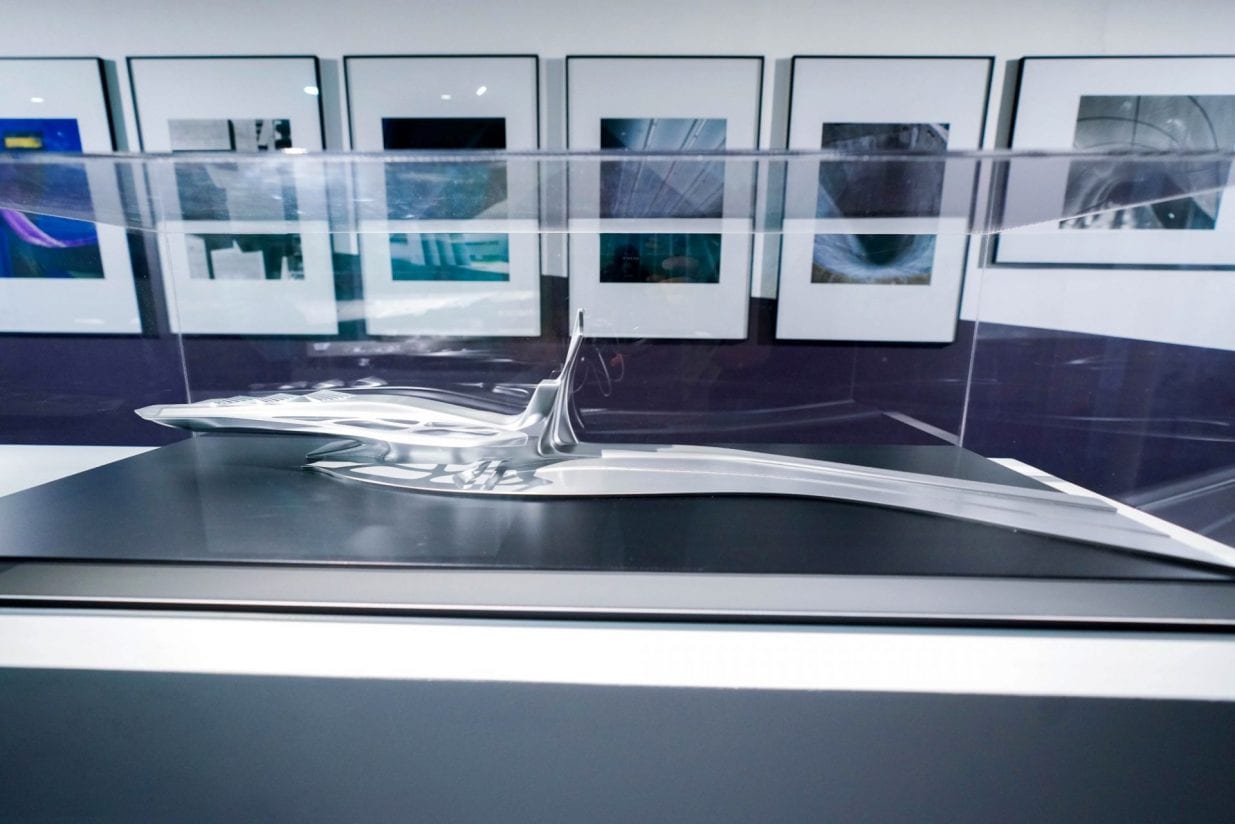 Defined by a timeline of Zaha Hadid Architects (ZHA) formative works in China, ‘ZHA Close Up’ at MAM Shanghai explores the pioneering research and interconnecting relationships that unite their projects around the globe, detailing the technological innovations that are transforming how the studio imagines, designs and constructs-built environments.

Running until August 29, 2021, the exhibition examines the evolution of Zaha Hadid Architects’ buildings over the last 40 years—from the flowing urban spaces of the MAXXI Museum of 21st Century Art in Rome (2010) and Leeza SOHO in Beijing (2019) to the studio’s ground-breaking projects currently in development across six continents—demonstrating a consistent desire to innovate and inspire., Principal, Zaha Hadid Architects, said:

“With this show, we aim to present who we are close up, our depth of experience, our current preoccupations, and our aspirations for the future,” says Patrik Schumacher, Principal Zaha Hadid Architects. 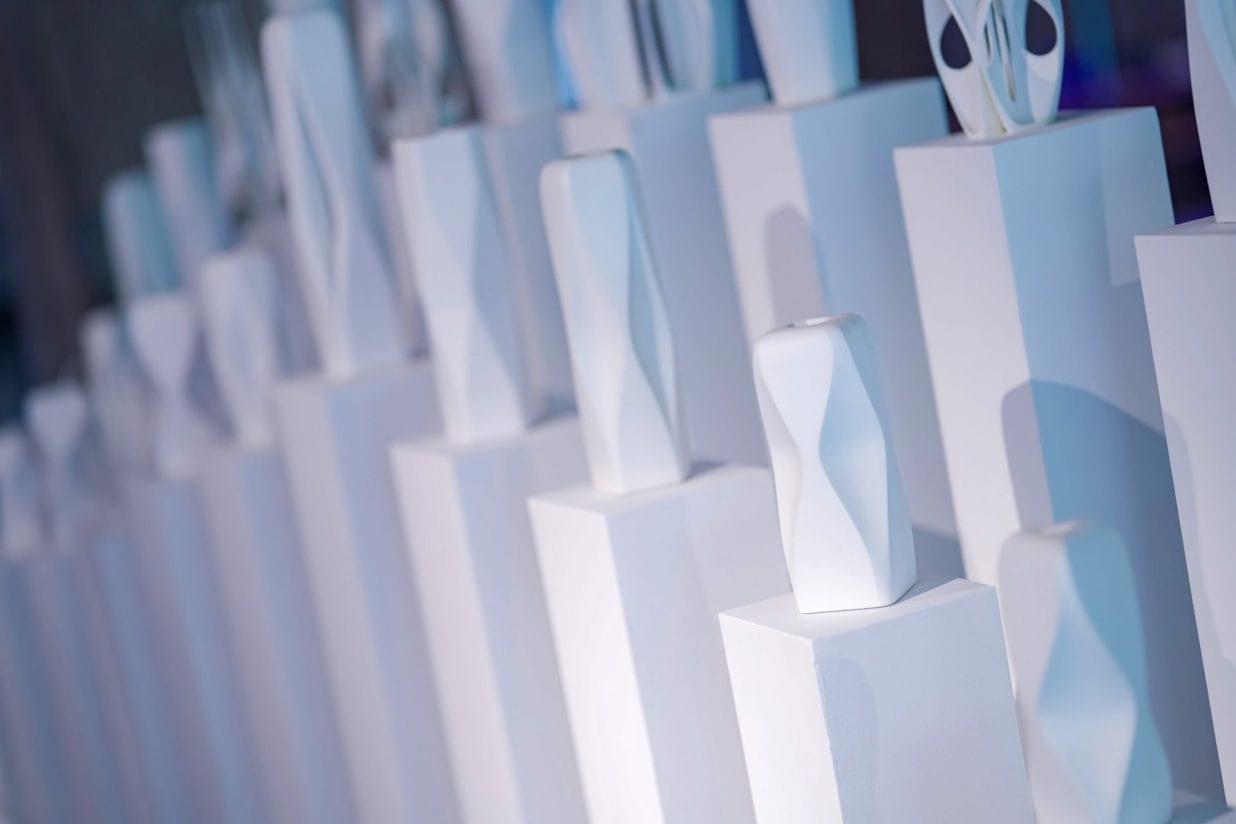 Founded by the late Zaha Hadid in 1979, Zaha Hadid Architects (ZHA) redefined architecture for the 21st century with a repertoire of projects that have captured imaginations across the globe. Hadid was a major figure in the world of architecture and the first woman to receive the Pritzker Architecture Prize in 2004. She first travelled to China in 1981 at the very beginning of her career. Like her birthplace, Iraq, carved by the Euphrates and the Tigris, China’s natural landscapes and urban settlements have been shaped through history by its great rivers and waterways. Travelling from north to south, visiting many Chinese cities to experience its art and architecture, Hadid studied the methods that embed its historic architecture within the great theatre of natural landscapes.

ZHA’s competition-winning design for the Peak Club in Hong Kong (1982-1983) manifests Hadid’s investigations into the fluid relationships between building and site, interior and exterior, architecture and engineering. Defined by the topography of the surrounding mountainside, in this and later seminal projects such as the Guangzhou Opera House (2010) and Beijing Daxing International Airport (2019), ZHA’s work echoes the coherence of nature in an organic architectural language generating unrivalled spatial experiences that are intuitive to navigate and recognised around the world.

The exhibition will also present Zaha Hadid Design (ZHD), formed in 2006 out of a need to create a separate platform to share Hadid’s distinct dialogue of contemporary design, although the ZHD portfolio encompasses 40 years of research. Today it is defined by Hadid’s inventive methodology and signature design in furniture, lighting, and fashion which transcends boundaries and has a global following. ZHD has partnered with iconic brands to create exceptional one-off and limited-edition pieces that form part of some of the world’s most esteemed museum collections. Each piece effortlessly conveys immaculate craftsmanship and Hadid’s virtuosity with fluid geometry. Launched in 2014 under its own label, the ‘ZHD Collection’ further expresses Hadid’s vision in an uncompromising pursuit of excellence and non-conformity to define the acclaimed brand and ensure its timeless and revered presence within the design world. 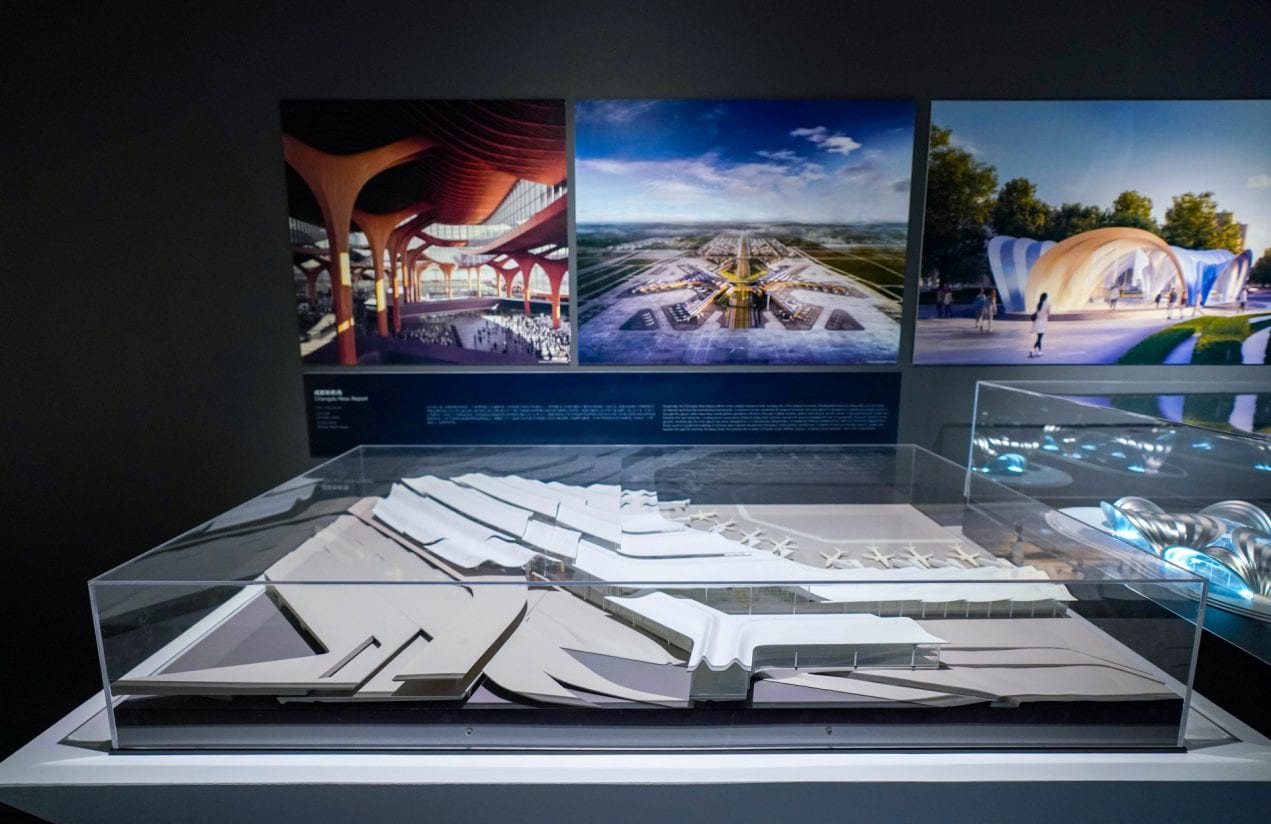 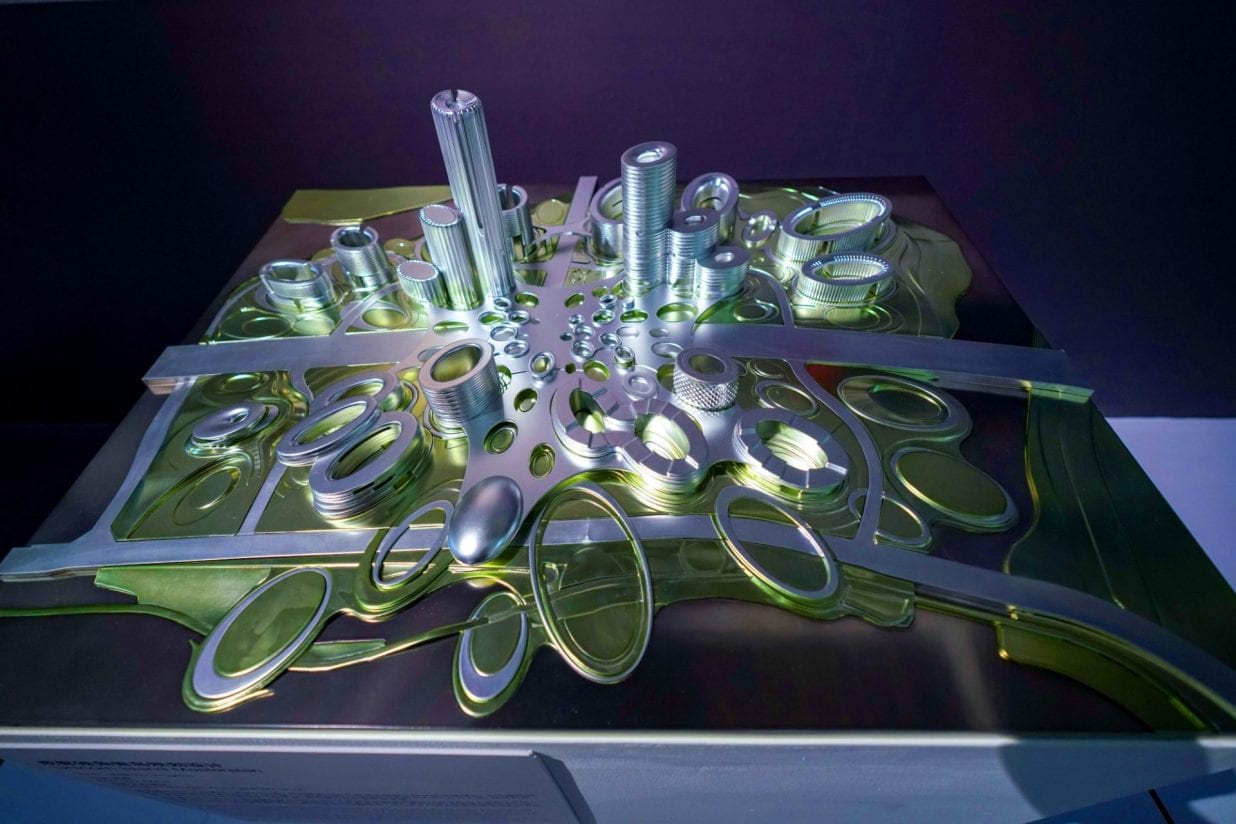 Shai Baitel, Artistic Director of MAM Shanghai, said: “I am excited to include, as part of our interdisciplinary and immersive approach at MAM, this important exhibition, celebrating Zaha Hadid’s ingenuity. Hadid was an exceptional woman, and we are delighted to show our audience the development of her movement as a researcher, designer, and architect through various geographies and histories—and how this movement impacts the current innovative vision and work of Zaha Hadid Architects, following her untimely passing. Zaha Hadid Architects (ZHA) continues and expands on her legacy and MAM is proud to present this show, granting unprecedented insights into the vision of one of the most important architects of our time.” 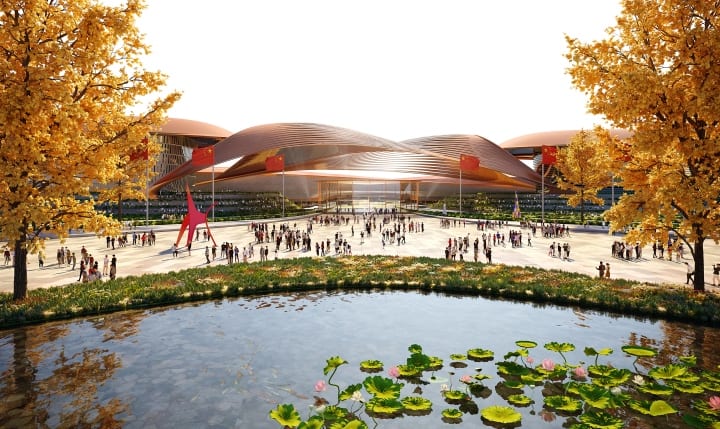 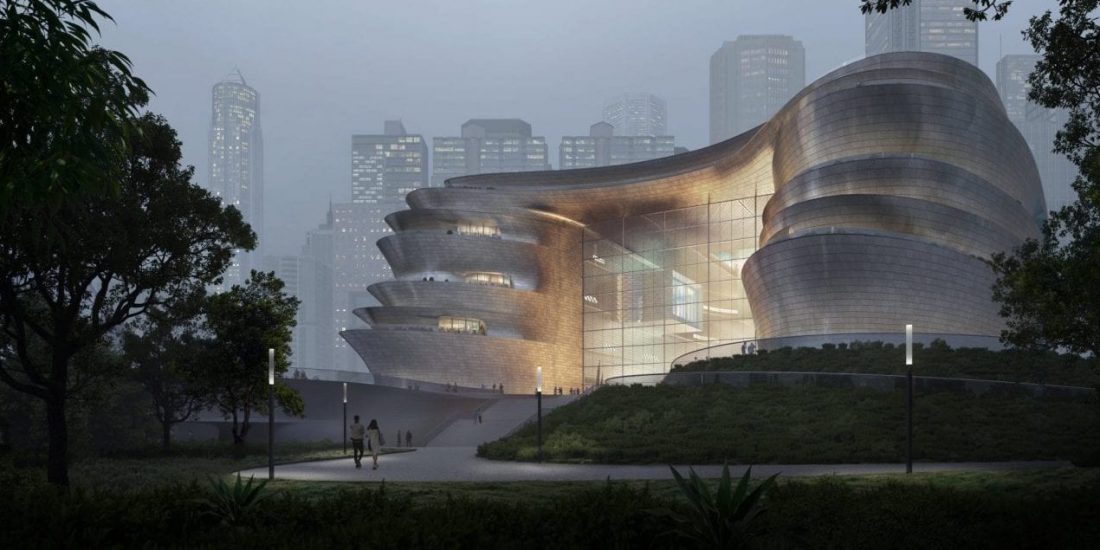 The geometric envelope of the future Shenzhen Science & Technology Museum, located within the Guangming Science City,