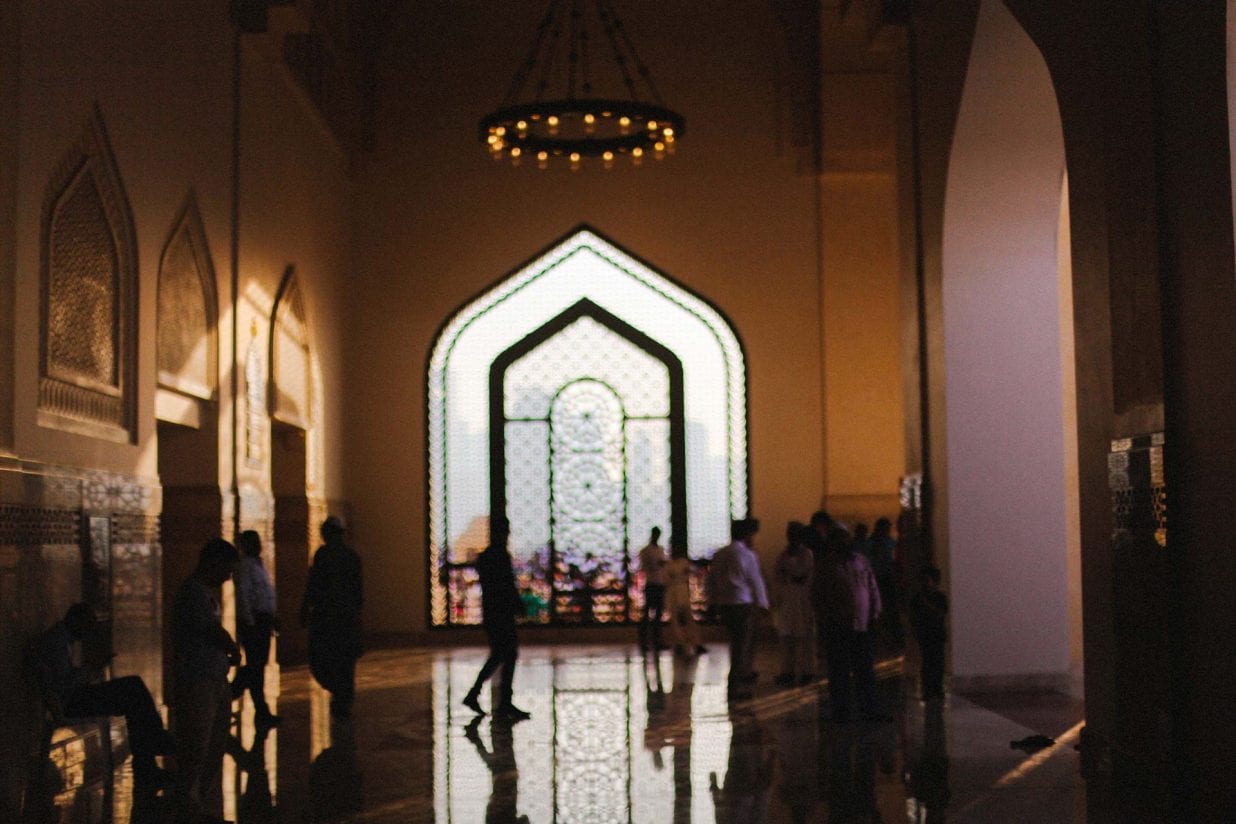 Visual storyteller, K.B. Bishara is a mystery to many but his photographs speak a thousand words and are a reflection into the humanitarian that he is. By Sindhu Nair 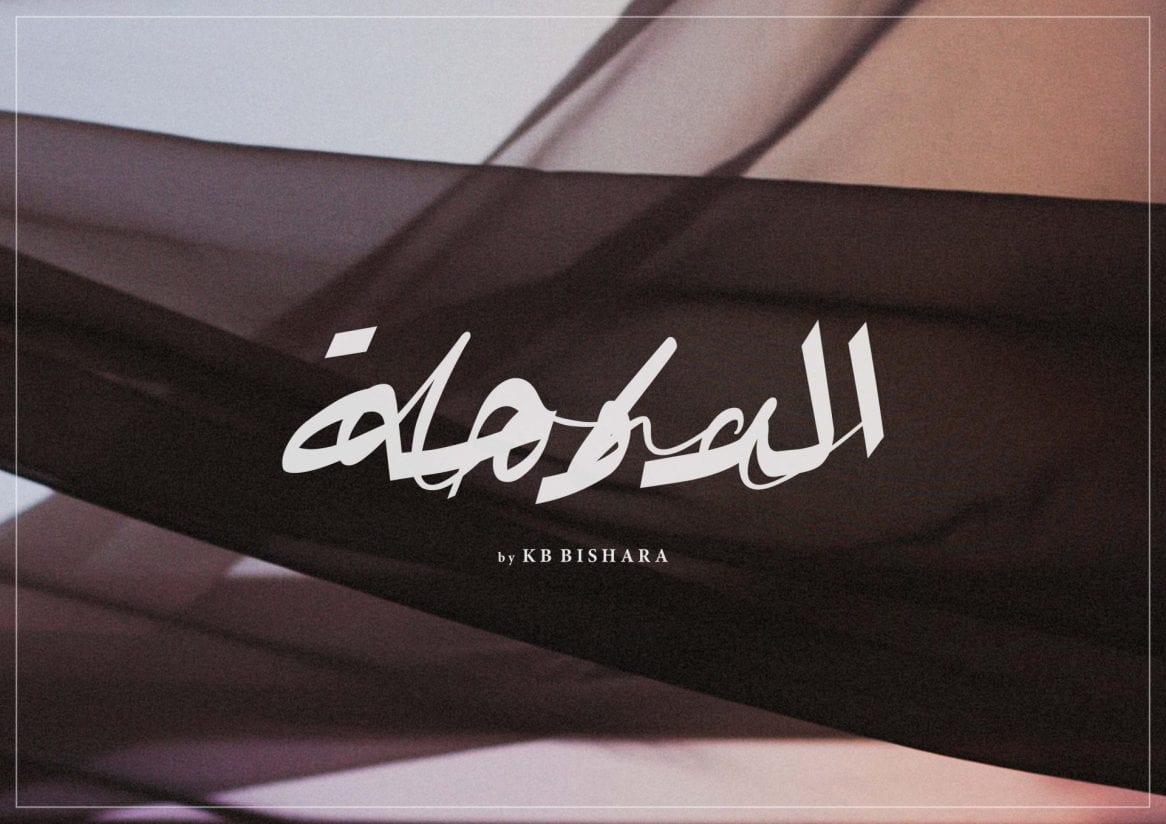 The cover image of Doha, the photographic journey of K.B. Bishara.

K.B. Bishara might be an enigma, but his love for Doha, the country that he called home for a long time, is evident. It is evident in the title of the book, which is simply Doha, in both English and Arabic, “to represent the oneness of nationals and the expats”. It is evident in its imagery; not a predictable glamourous take on the country which already has many architectural highs that can easily be on covers, but an insightful look into the deep pockets of humanity that live on the fringes, images that we all see but never recognise.

The first image is a bird’s eye image of Doha, its important landmarks shining like beacons from the horizon. From then it dives deep into the humanitarian aspect, the stories behind each faceless protagonist, “visual stories that depict a realm of sentiments captured in Doha, a city of visionaries and hope-driven”. 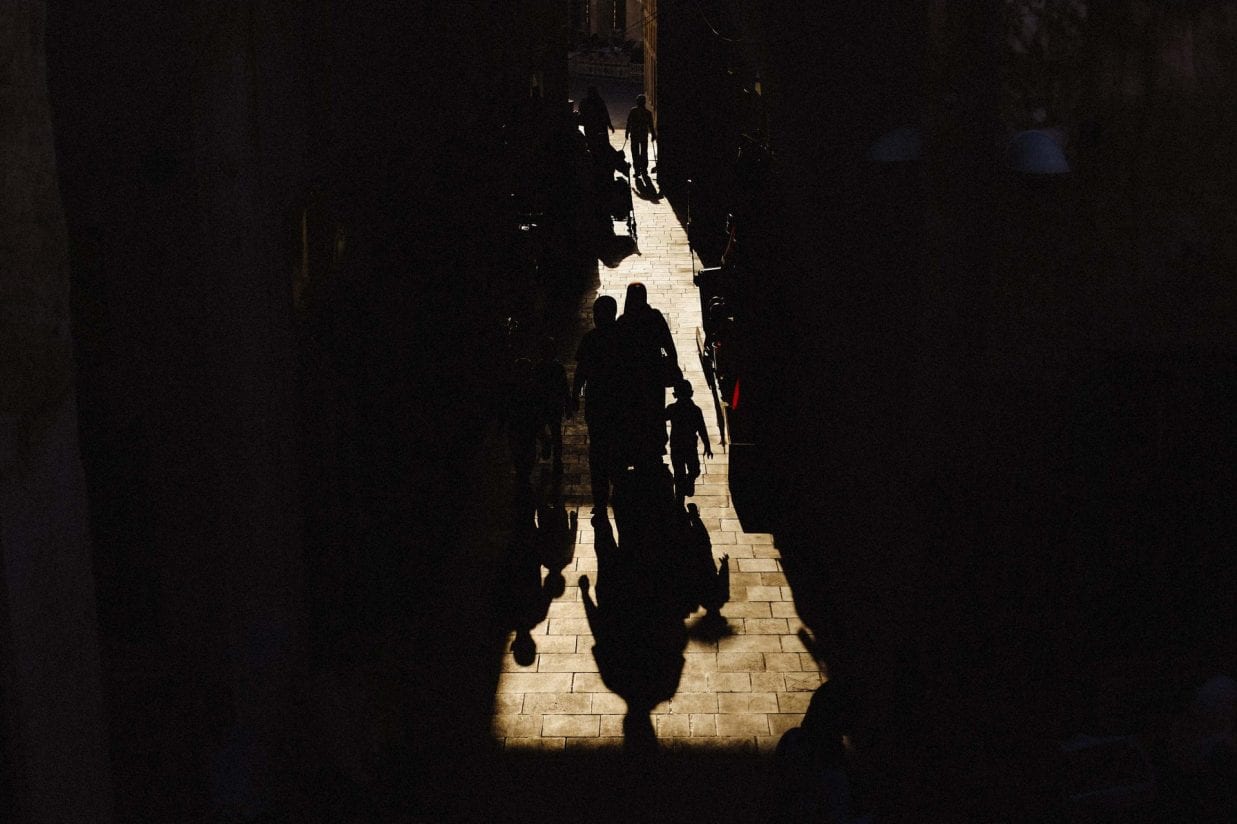 The segment Explorers within the book is about the relationship between humans and space, the relation between the city and its architecture, and the people who inhibit the spaces.

From the crowded humanity in airport waiting rooms, the journey of arrival and departure, the faceless citizens, both Qataris and expats trying to meld into the fabric of Doha, to the highs of celebrations of the country are all depicted with an unusual flair and an understanding of light.

“You don’t see people as I do not want to degrade anyone and wanted it to be as generic as it could be, yet they are very important to the essence of the city and hence this book,” explains Bishara.

SCALE sits down with Bishara to have a conversation over Zoom, and discuss the highlights of the book and the process of making it.

SCALE: Why do you not want to market the book in Doha with more people getting to know about it?
Bishara: I never perceive art as marketing but rather as sharing elements of the truth, whilst many of our experiences of the city may be similar or familiar there’s also an essence of uniqueness in every experience, I wanted to marry the exceptional and the universal through an honest approach that can capture the sentiments and transcend to the greater audience of Doha and those unfamiliar with it.  Whilst the book is a humanisation of the city, I did not want to limit the narrative to those familiar with it although the content and presentation is distant from the recognised presentations. 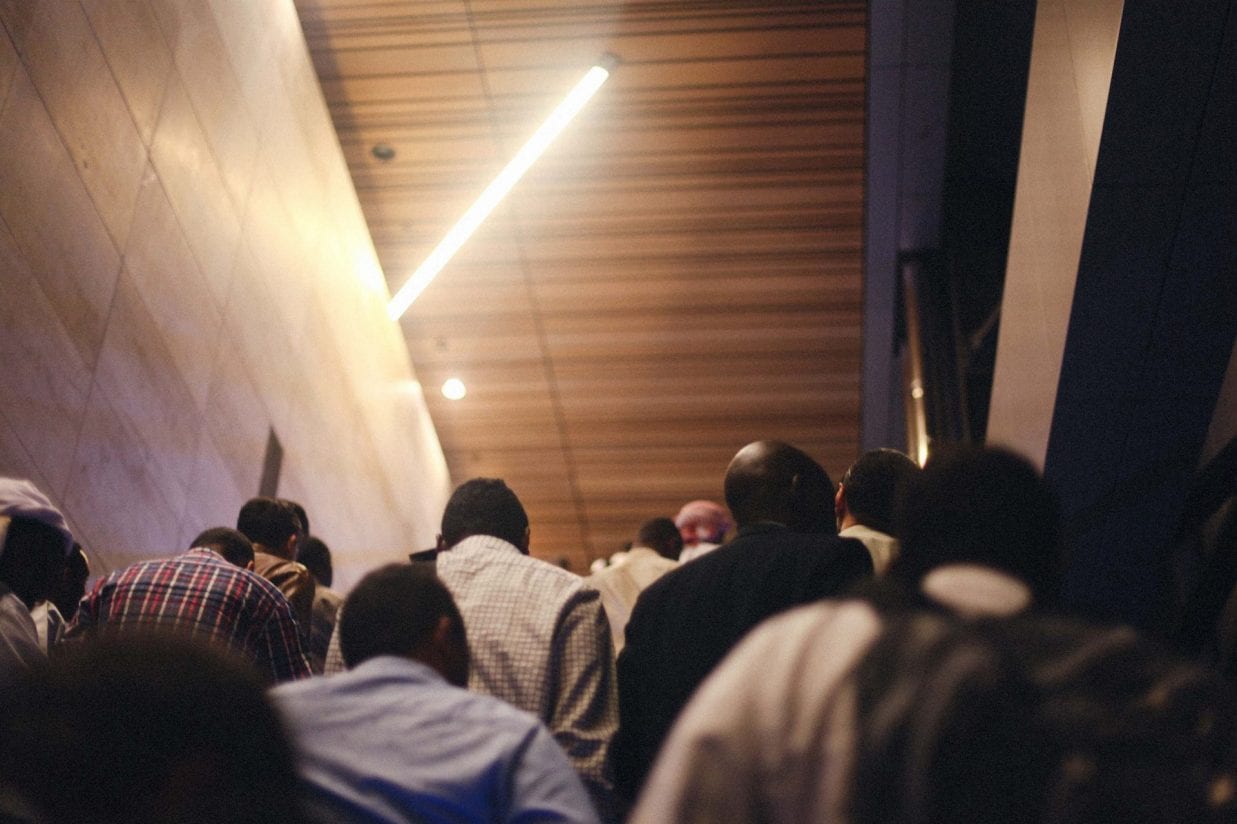 This is from the segment Journey, aptly named for the life journey.

SCALE: Why did you take this intimate angle of the city and the connection it has with the common man as your theme without falling prey to an often-used narrative of the architecture of Doha?
BISHARA: I have always felt that it’s the souls that make the city, I’m fascinated and inspired by those who we encounter and observe on various levels as much as those that we never get to meet but feel that all are part of the fabric of what makes a city. Prior to any creation, I always drive myself to navigate the subject matter from an empathically centred perspective. I do acknowledge and appreciate the architecture but I find that the real beauty of it is evident with the intertwining image of humans’ presence. 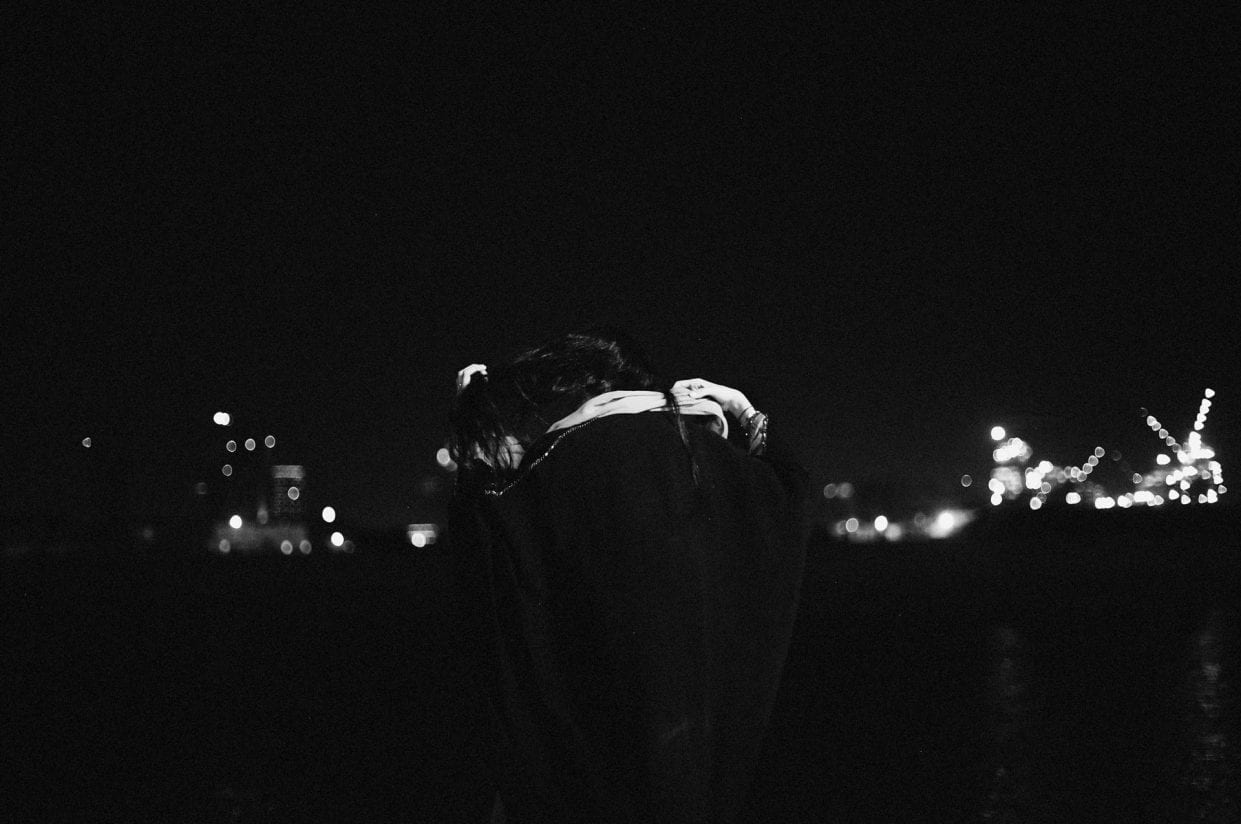 From the segment Dreamers of the book.

SCALE: How many years did it take to get this ready?
BISHARA: I have been documenting the city since 2013 but the idea of the project came to life a few months ago as I was reviewing the photographs and recalling the inspiring stories that shaped the focus of the chapters. 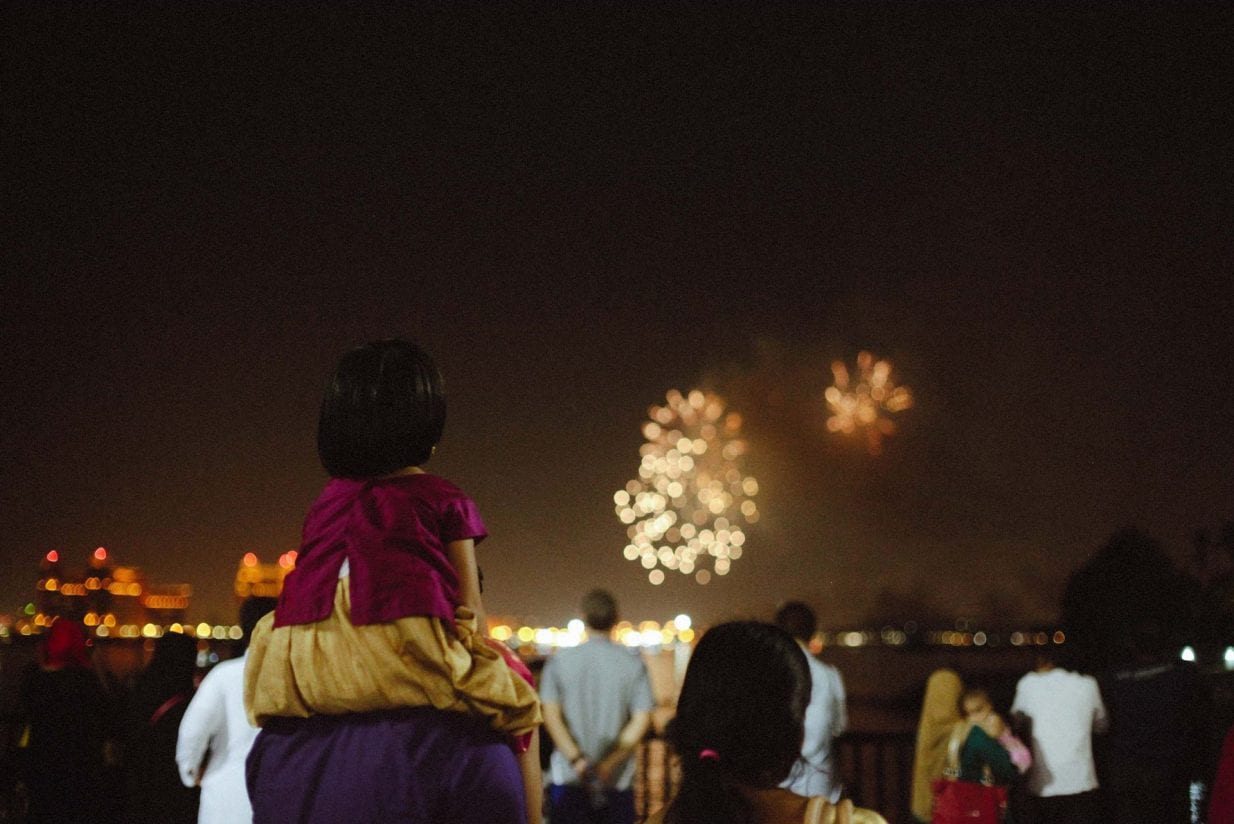 The most poignant ones from the segment Celebrations.

SCALE: There seems to be an intimate love that you share with the city which is evident through the lens, tell me more about this love for the city?
BISHARA: The city has been my home away from home for many years and I believe that in certain aspects of life, much of what is done out of choice is done out of love which is also part of my ingredients of ethos when creating. I have always believed that the word “culture” is an embodiment of the positive extracts one gains from a place, and it is the culture of the city that birthed this book.

SCALE: Of the segments inside the book, please explain each, and which holds more love to you?
BISHARA: Journey is the illustration of the revolving cycle; of seeking, patience, and pursuit.
Explore is the relationship between humans and space, the relation between the city and its architecture, and the people who inhabit the spaces.
Dreamers is an intimate perspective into the population, everyone who contributes to the legacy of the city.
Celebrations is a series of special days and occasions.
Living is a metaphorical representation of the dreamers.
My favourite segment is Dreamers, as I believe that it includes a fair representation of the diverse souls that drive the city. Although none of the photos are set up, all organic and genuine, the anonymity of the characters is intentional. This approach is adopted in most of my works, as I believe that documentary projects should be led by an adhesive ethical compass, this approach also creates a universal appeal to the context of the presented, and familiarity can trigger empathy. 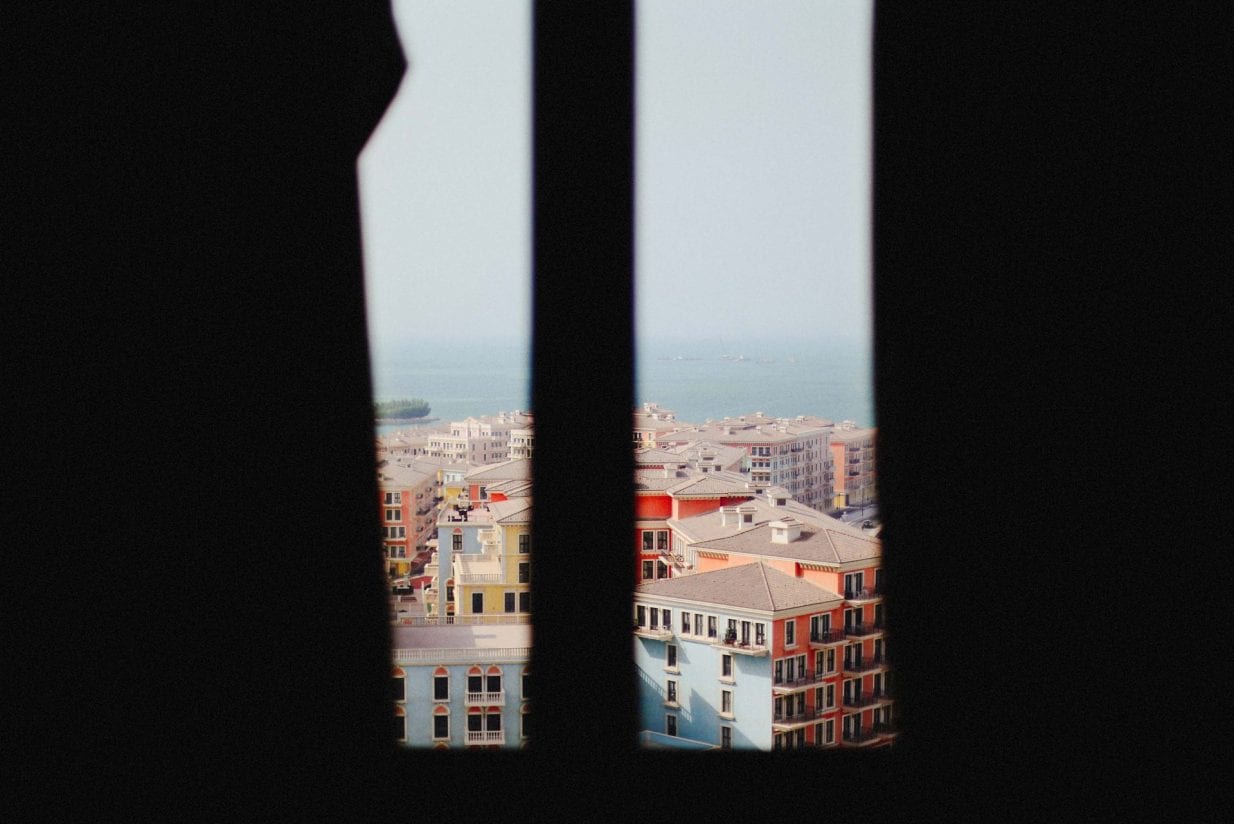 Living brings our attention to the mundane yet captured with a mysterious angle, giving us insights into daily life.

SCALE: What next from your camera?
BISHARA: I have a series of on-going documentary projects such as “Identity In Individualism” in addition to short documentary films. I am also working with up-and-coming talents and assisting them in nurturing their crafts as well as partaking in a few commercial projects that appreciate the humanistic and honest approach. I am always open to participating/collaborating in any projects that tell sincere stories and benefit communities or the youth.

SCALE: Which are charities identified for the proceeds of the book?
BISHARA: It has yet to be decided but I am open to collaborative prospects that benefit communities.

Doha, the photographic journey is now available on Amazon, here and all proceeds of the sale of the book will be sent to charities according to Bishara