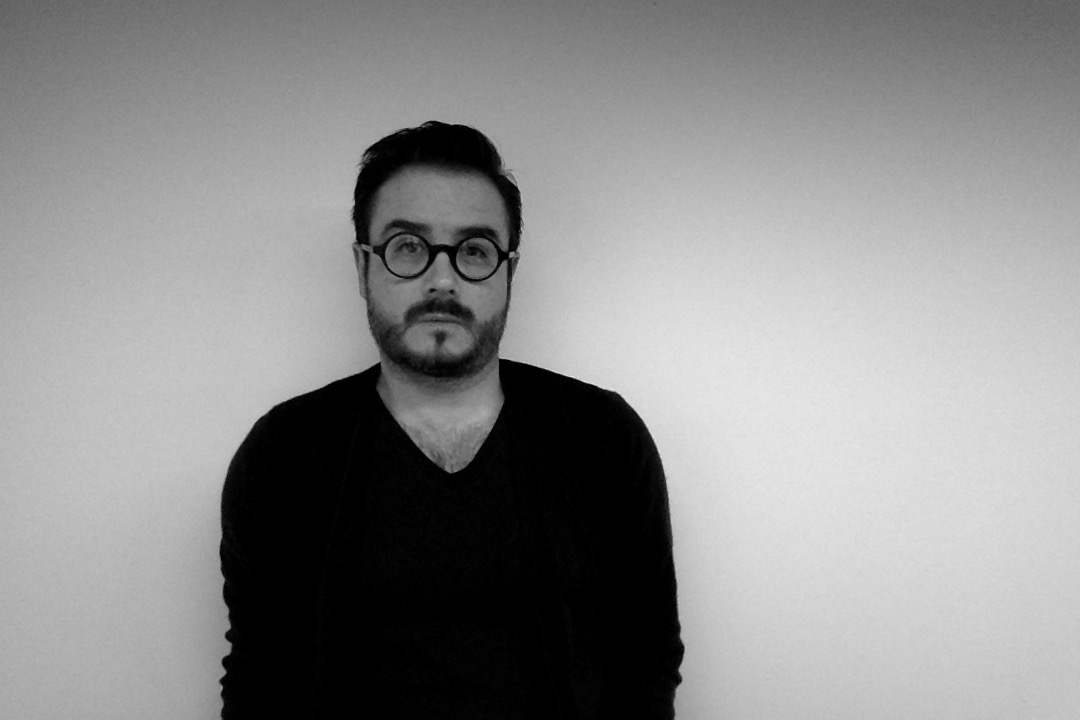 Architecture is a Passion and a Form of Living

Mexican Architect Juan Cepeda and his firm CPDA Arquitectos proposes design solutions that are innovative as they achieve integration with its context, both urban, social and cultural. By Priyal Sood 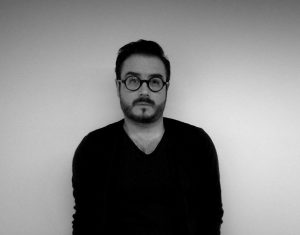 “We respect the tradition and legacy of good Mexican architecture.  We respectfully look back at the past, not leaving the historical process and transformations of the context but creating an aesthetic reinterpretation of elements that identify the site with its present and future”

Juan Pablo Cepeda’s interest in buildings and drawings started early and when he finished high school, he fanned his interest by undergoing painting classes in Florence. He came back to Mexico to study architecture and later on to practice it like a natural progression of skills.

“In 2011, I set up an architectural practice called Mocaa Arquitectos together with a batchmate, Raul Morales. We were awarded the Gold Medal at the First Architecture Biennale of Mexico City in 2013 for a residential building in the city LIVUNO,” says Juan.

“After working together for years, we decided to separate, and in 2016 I setup CPDA Arquitectos, my own studio,” he says.

CPDA is a small group of young architects and designers who believe that to face today´s challenge one must break pre-established, inoperative design models and propose physical solutions that are innovative and achieve integration with its context; both urban, social and cultural, of the site to be developed.

“Regardless of the scale or scope, we provide each project with the same high level of rigour and care. We respect the tradition and legacy of good Mexican architecture, in order to achieve this goal, we respectfully look back at the past not leaving the historical process and transformations of the context but creating an aesthetic reinterpretation of the elements that identify the site with its present and its future,” explains Juan.

He tells SCALE about his design principles.

SCALE: 139 SCHULTZ, one of your most celebrated projects recently won the ArchMarathon Residential Building Award 2020. Can you tell us about this project from the initial idea to the final design proposal?

Juan: 139 SCHULTZ is a residential housing project located in the San Rafael neighborhood in Mexico City. That is a heritage area with emblematic buildings of the 19th-century architecture, preserving an atmosphere of a neighboUrhood of yesteryear. Located one block from Sullivan Avenue where Mario Pani made the Plaza Hotel, Luis Barragan built three buildings, Mathias Goeritz built the Eco Museum and Feliz Candela built Autos de Francia. 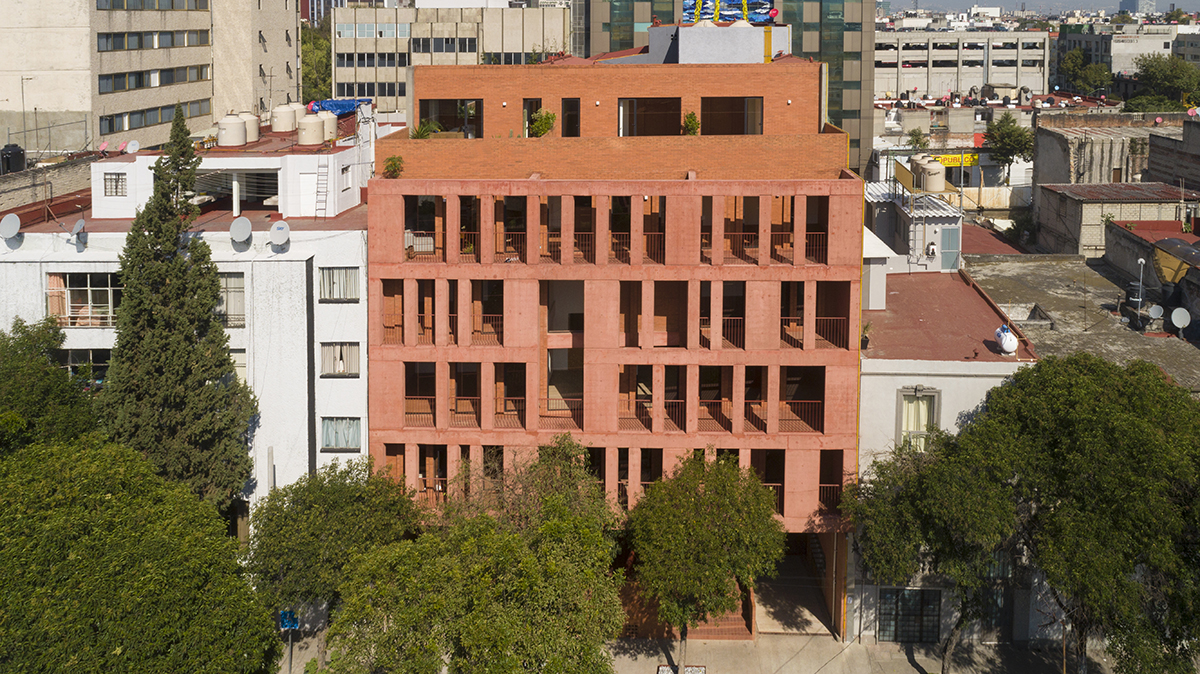 So, we started thinking about different ideas of how can we approach our design that best works to its context and its regulations. The site was constrained with dimensions of 15 by 33 meters. With high restriction for buildings in that area, making a traditional block with east-west orientation didn’t work for us because of the lack of view. With the park at the South we wanted to offer the view of the park as an advantage to the units, by creating a central courtyard that separates the southern boundary. By creating an “L” shape volume we could envisage a south facade. Then we created two interior patios for more natural lighting and cross ventilation inside the units. By shifting the east façade to the street we could create some terraces and an in-between space from each apartment. Because of high restriction and heritage area regulation, the requirements were that on the 5th level we needed to allow for a setback of 3 meters from the land alignment, so to not lose that area we extracted that volume and added to the back of the building and pulled it up. 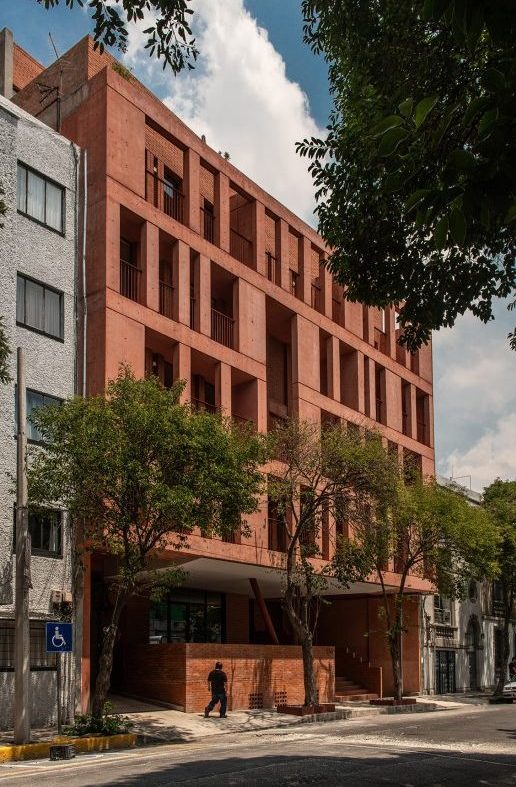 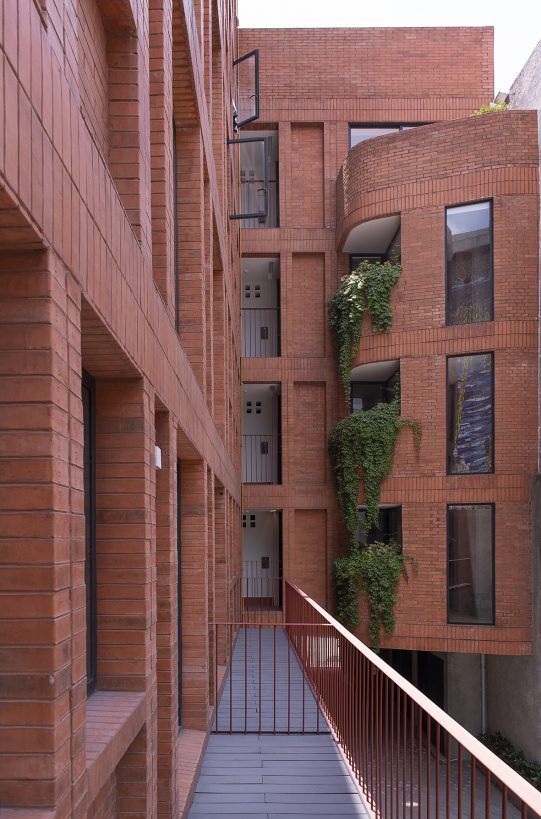 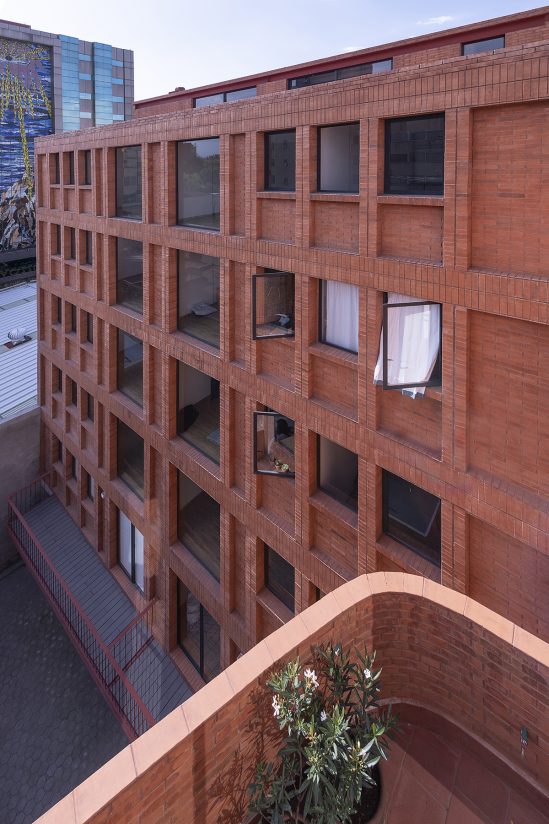 The result is a 6-story building made up of 21 apartments and a commercial space, where the openings are presented as terraces to help cool the airflow before it reaches the interior, allowing natural light to filter through the building.

The east facade facing the street of Schultz is composed of a double skin of red concrete in situ and apparent red partitions, that is more sculptural and monolithic, like posters, to avoid the passage of direct light and grant privacy. Avoiding an abstract feel the prevalence of verticality is balanced by the asymmetric progression or rectangles of different width framing a succession of horizontal bands on the façade. 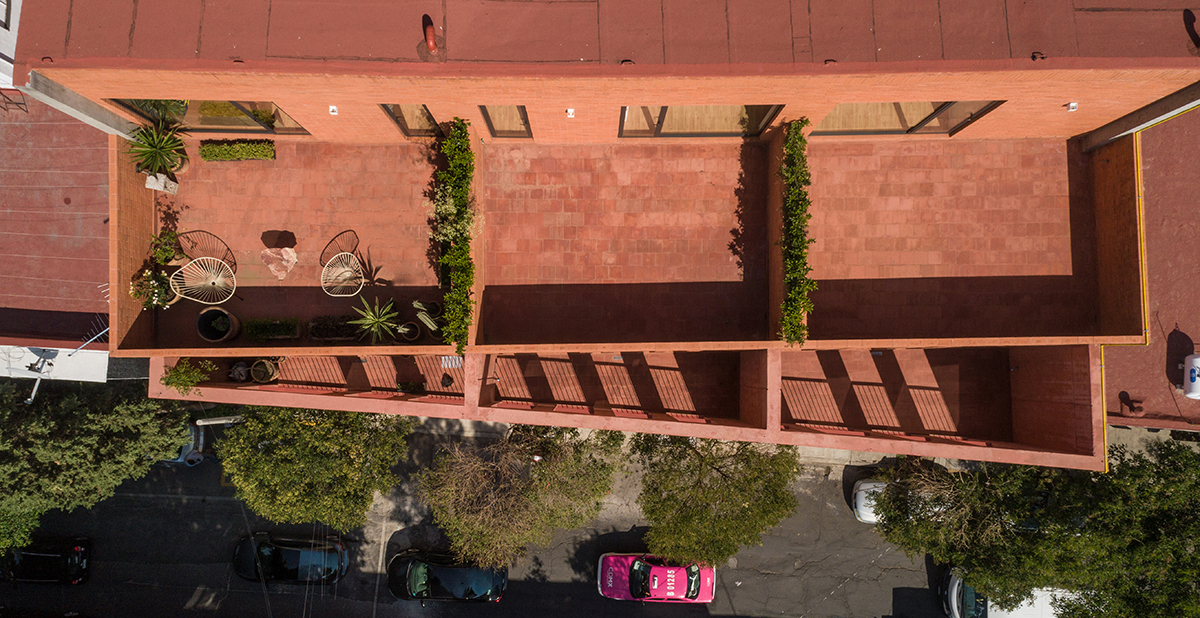 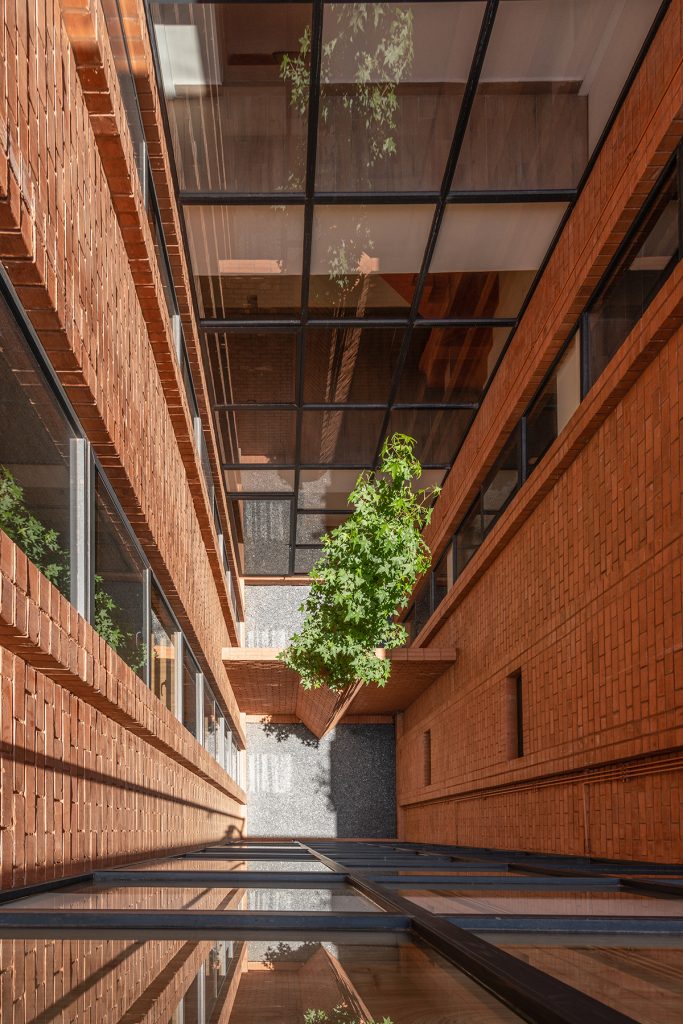 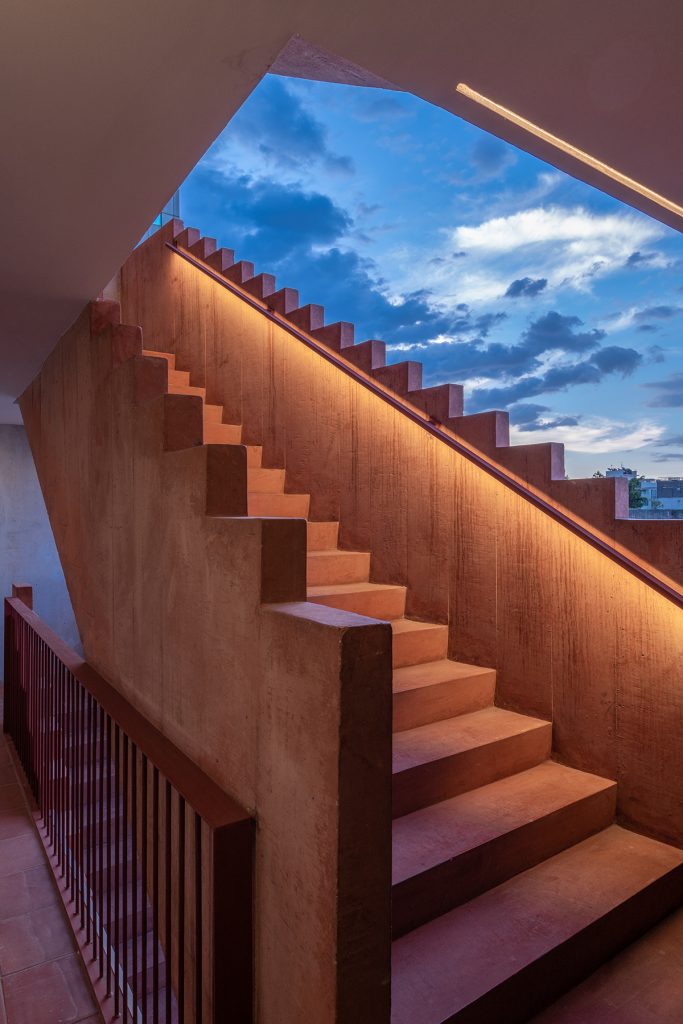 The configuration of the building allows cross ventilation and better natural light on each level with the help of the different courtyards that create voids in the volume providing enough natural light even for the apartments on the first floor. This was an important aspect to solve in the project considering that the site had a limited area of 500 sqm and with only one front facing the street.

The apartment complex is designed for the new way of living in cities with the functional design considering both a traditional family and a small family unit and/or who share housing. 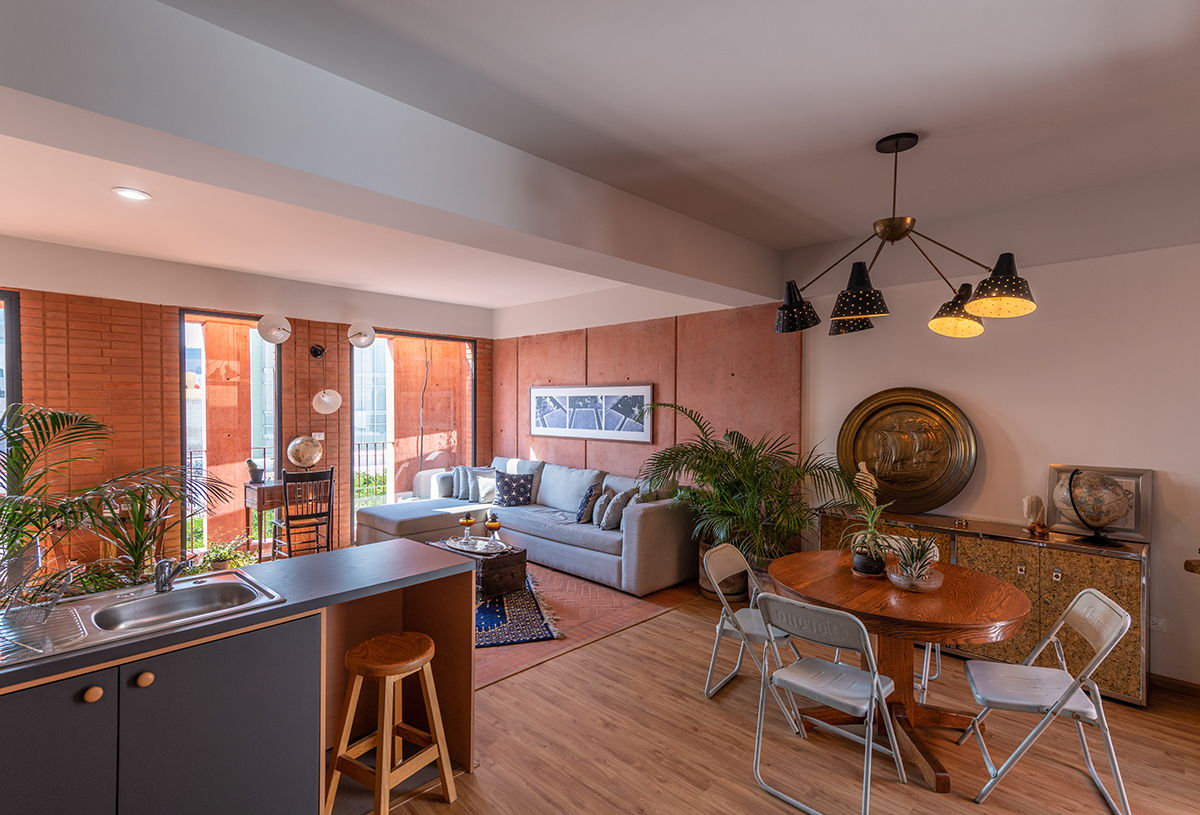 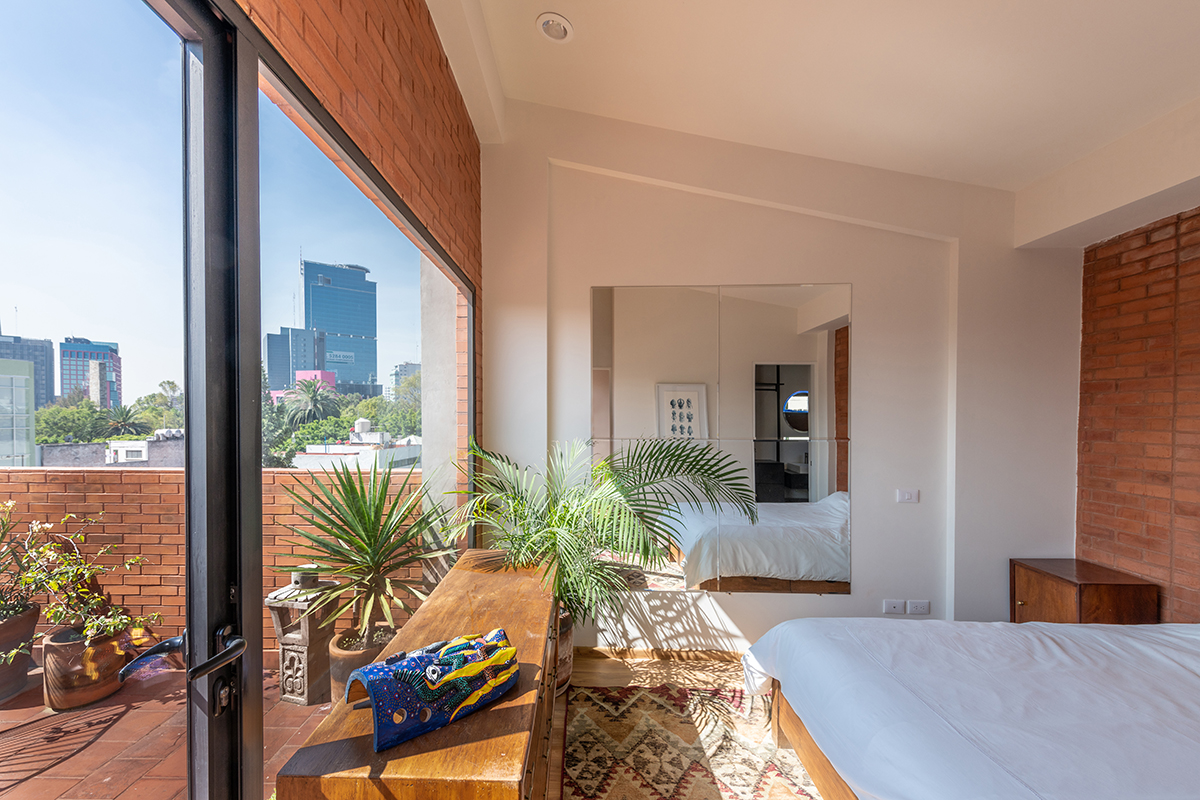 The solution of the distribution in housings is divided into two parts, a “living area” in the east and a “sleeping area” in the west, with wet rooms, bathrooms and kitchens, on one side. With this service core that connects the different interior areas, helped create a more flexible layout. 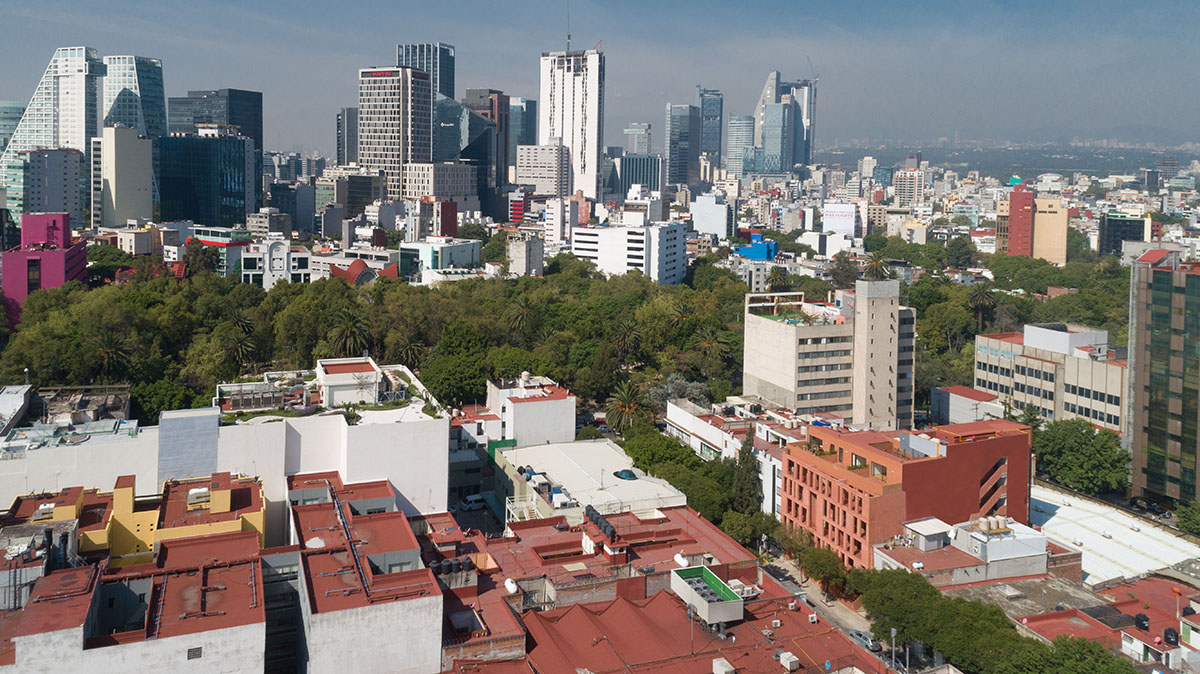 The material concept for the interior design of each unit was the simplicity of contemporary design intercepted with the details of Mexican architecture. A hybrid where modern sensibility is mixed with local materials was used. The interior walls had exposed red concrete in situ and enameled red partitions. The main material used were natural clay tiles, laminated wood floor and white porcelain tiles in the bathrooms.

SCALE: Liverpool 1, another one of your famed projects won the Gold Medal, at the First Architecture Biennial of Mexico City, 2013.Tell us about this project?

Juan: LIVUNO is a very special project for me because it was our first built project. 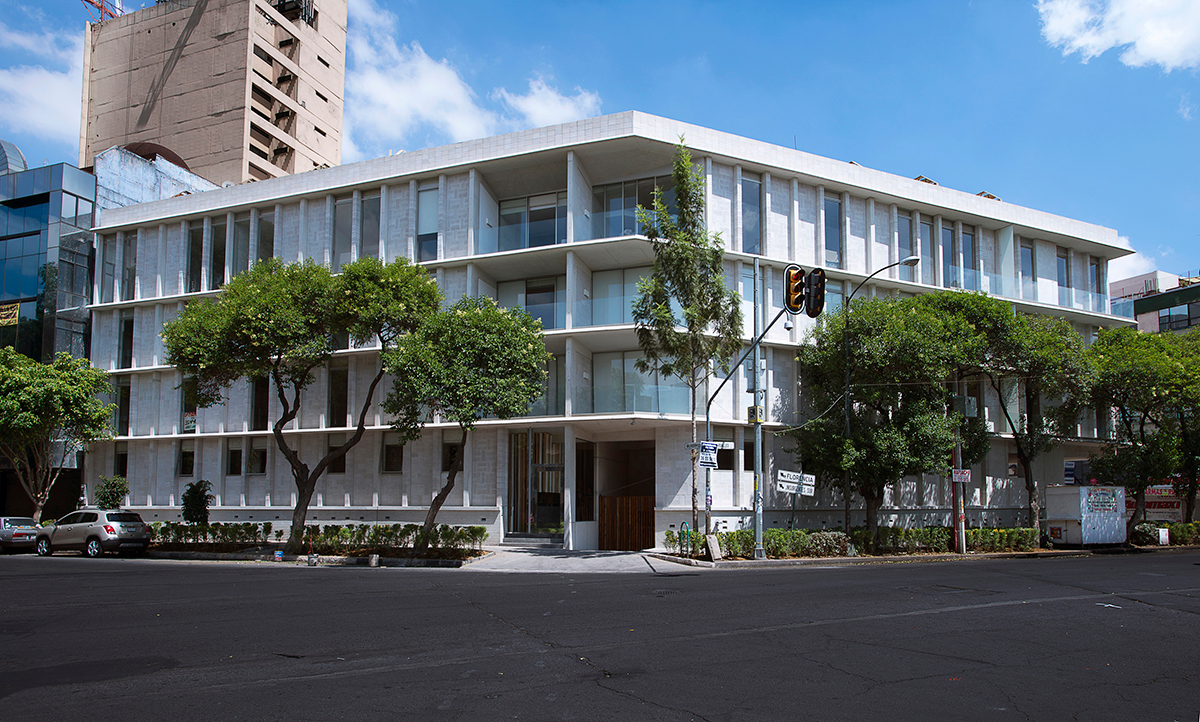 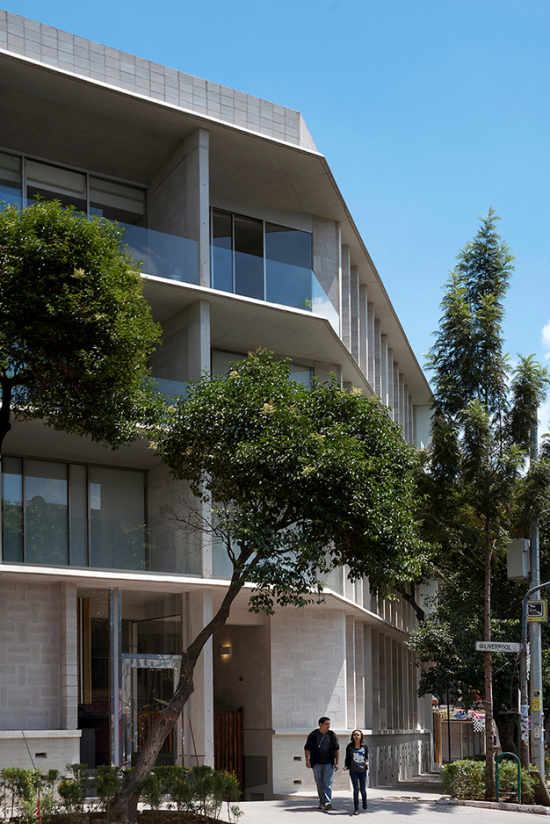 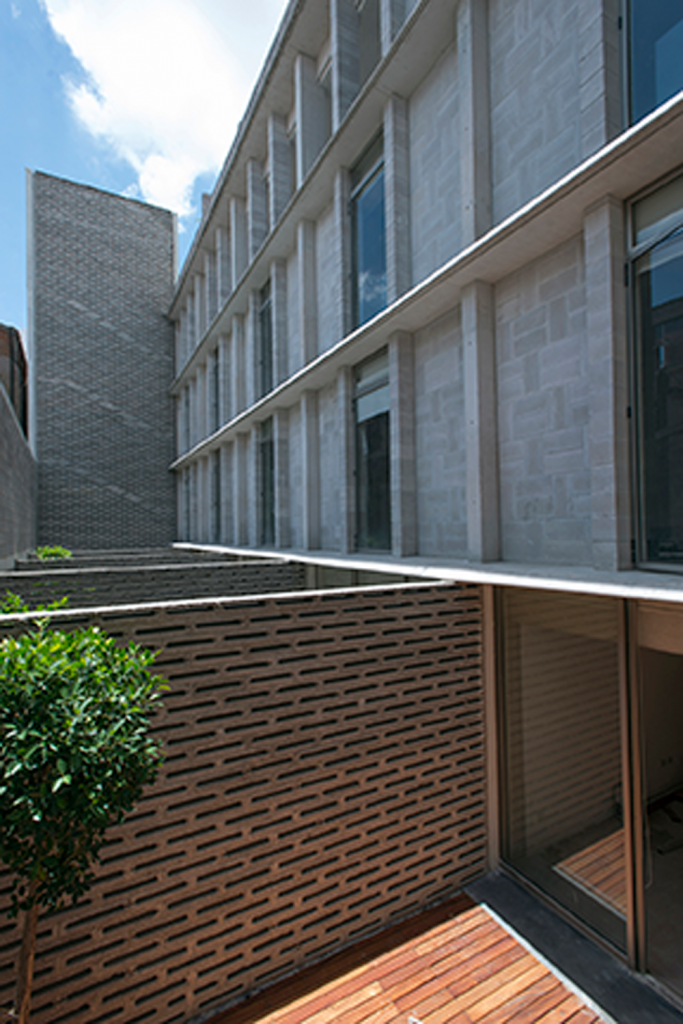 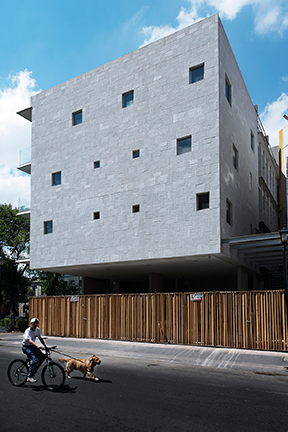 It is a residential building located on a block corner of Juarez neighborhood near the historic center of Mexico City. The building programme has 24 units divided into 3 typologies: flats, townhouses, and penthouses distributed in 5 levels. The use of materials such as block concrete, recycled wood, and concrete, underline the conceptualization of an innovative design and construction techniques managing local resources. 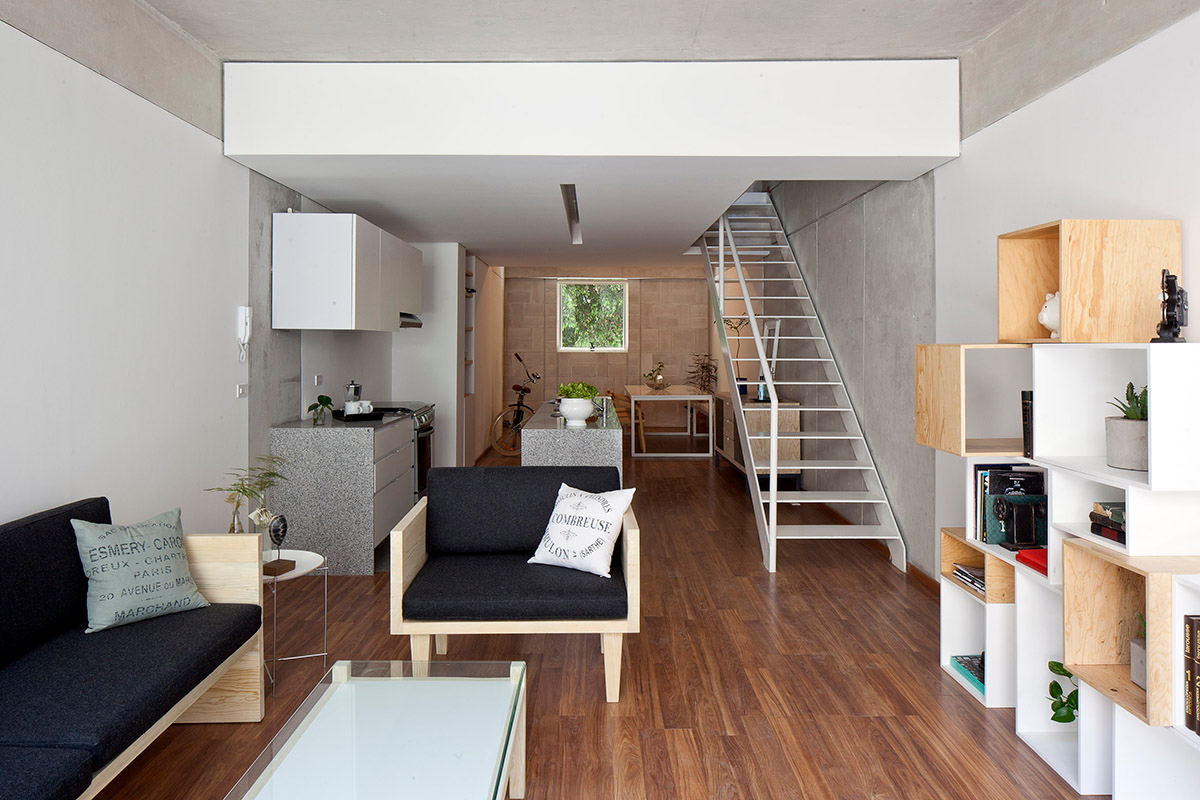 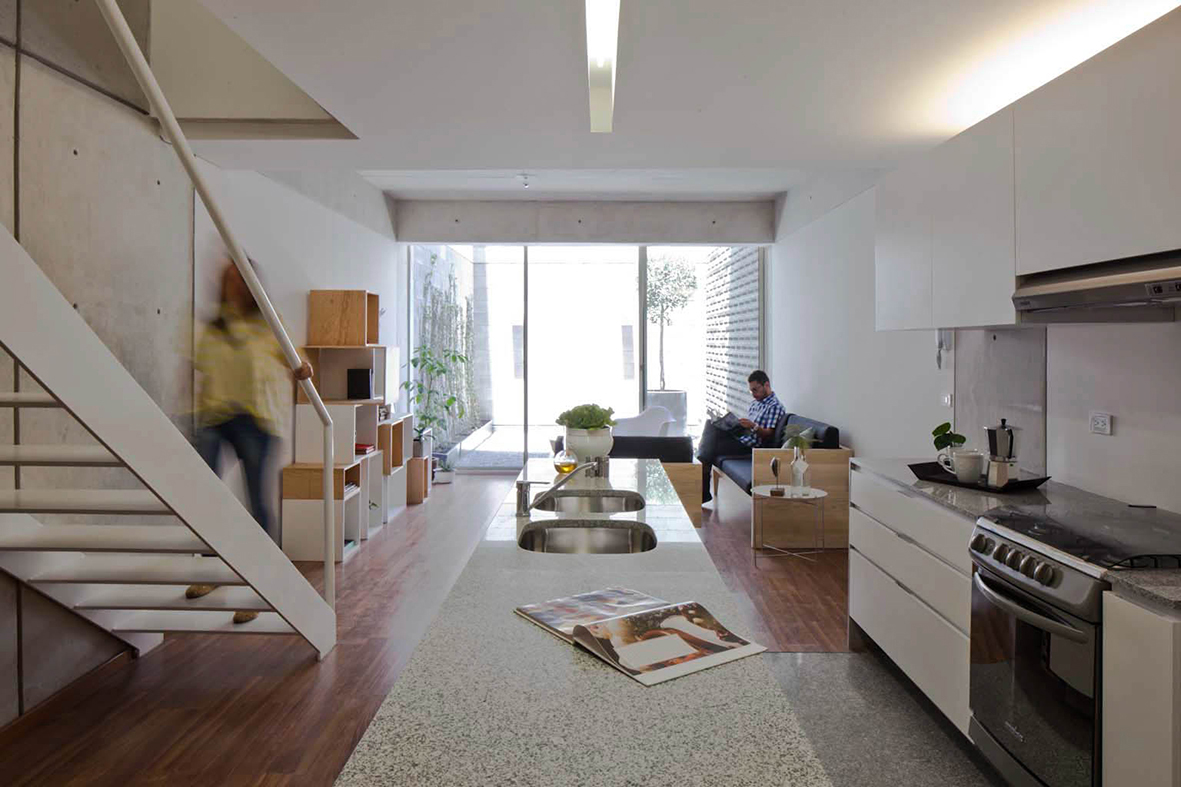 The architectural language is oriented towards honest handling of its materials, exposed structure of a sober texture of apparent concrete and in its walls a monochromatic color of the white block concrete pieces.

SCALE: Sustainable thinking and Environment awareness are imperative at the present! How does your design practice take this into consideration?

Juan: We believe that architecture and the city are two elements that cannot be understood in isolation. Creating a city is something we are committed to, adapting to the context, by not ignoring the historical process and dismissing what has remained and what has been transformed from the site. Enlarging ourselves and belonging to the area, contributing through the design. This process is what marks the values and characteristics of our cultural identity.

For our studio the interior design corresponds to the use of orientation, creating optimal solution that facilities habitability, that natural ventilates and uses mostly natural resources.

We believe in creating our own sustainable conscious, by integrating the design of the facilities through alternative and passive systems using resources intelligently and consciously.

SCALE: As a past-teacher for Universidad Iberoamericana, tell us your thoughts about the present architecture graduates and how they perceive design compared to your experience as a student?

Juan: My experience as a past-teacher for Universidad Iberoamericana in Mexico City was amazing. I gave classes of architecture design to students of the last semester, so the focus was towards analysis of realistic design projects that could be built.  I think that present graduates have a more global and contemporary perspective, because of access to information through the internet where you can see what is being designed and built around the world in real-time. 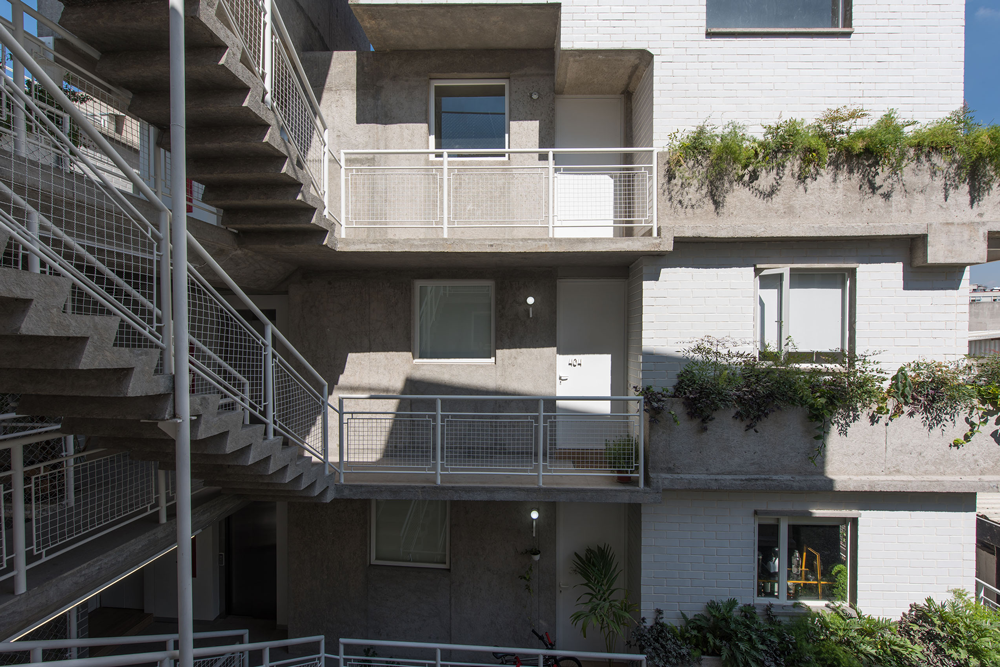 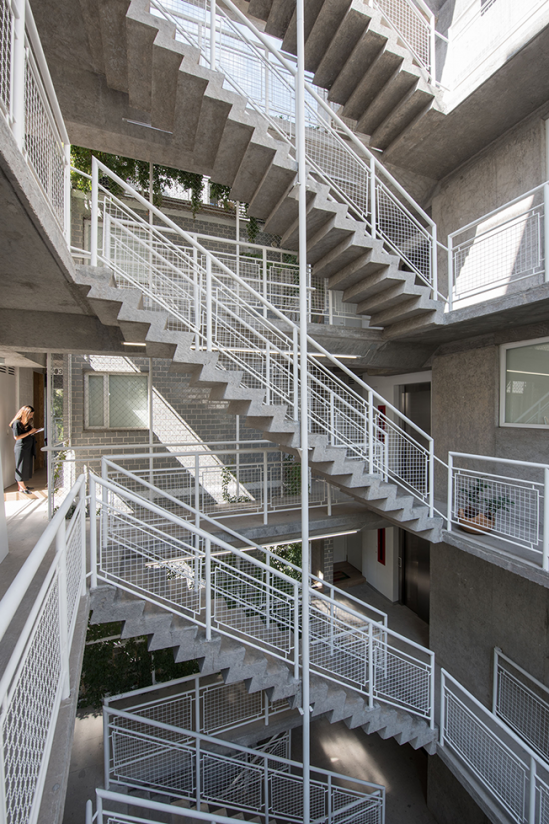 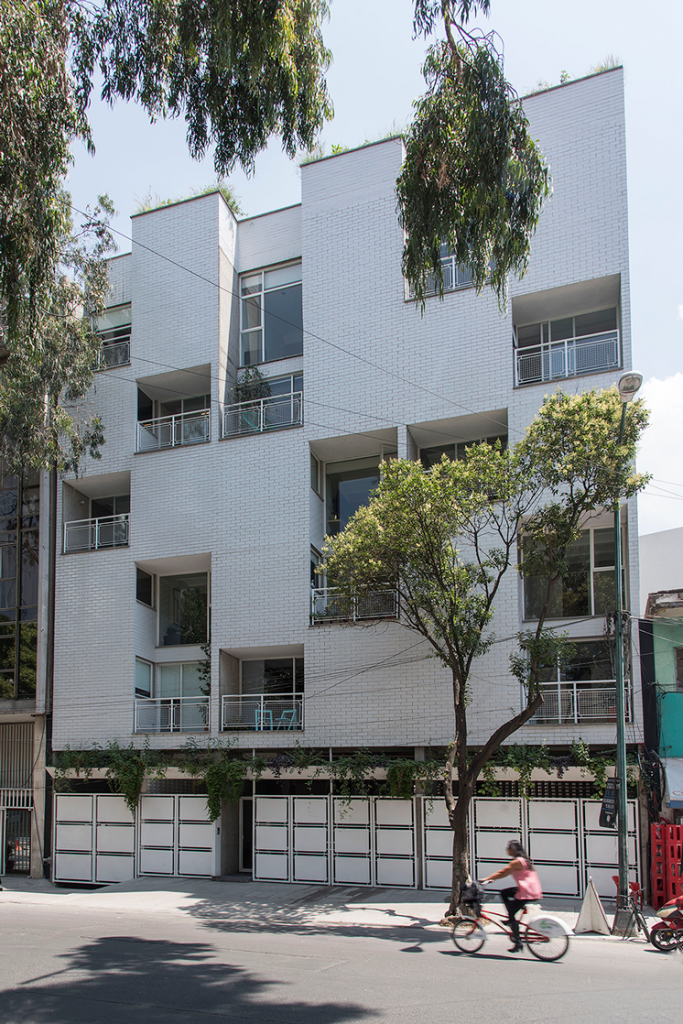 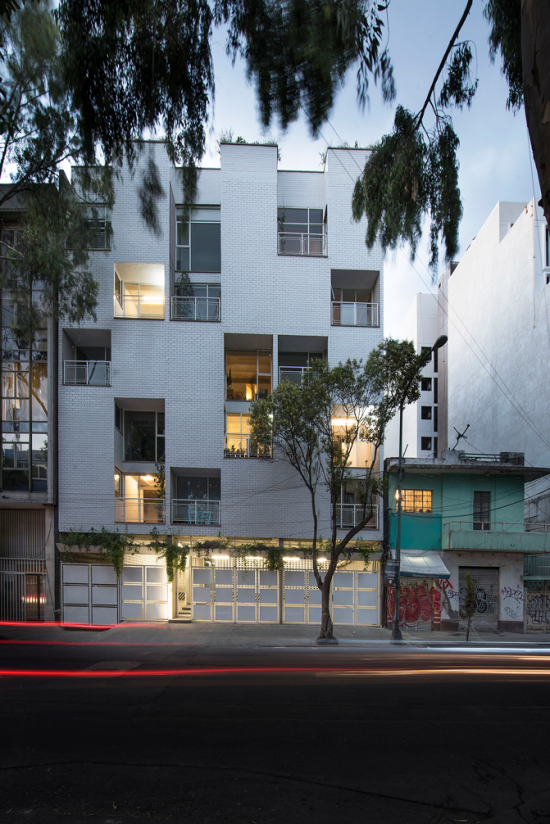 I remember that as a student in my second year, in a final review a teacher approached me and told me that I should consider taking another career because I wasn´t good enough, and the truth is that it made me hesitate. But today I do not have the remotest doubt that I made the right choice, because architecture is my passion and my form of living. So, I can only thank that teacher who made me doubt but at the same time made me try even more persistently to achieve my passion. 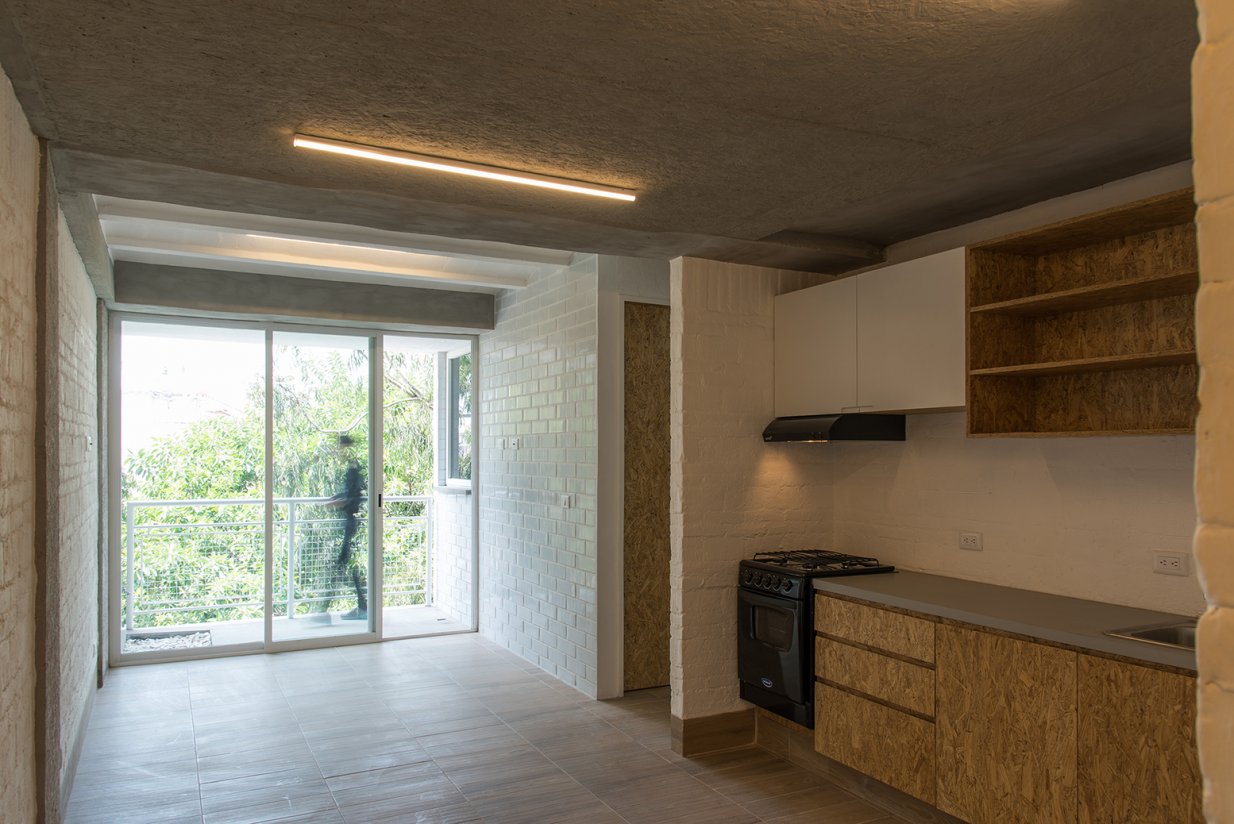 SCALE: Do you have any exciting projects coming up?

Juan: Yes, we are working in different types of projects from housing to a mixed-use building. But we are especially excited in a building for a hotel brand, and the interesting thing about the project is that it is intervening, recovering and adding a new building on a house listed in the 20s in the Roma neighborhood in Mexico City. So we have to work in the design of both the old and new, I hope that the construction begins this year.