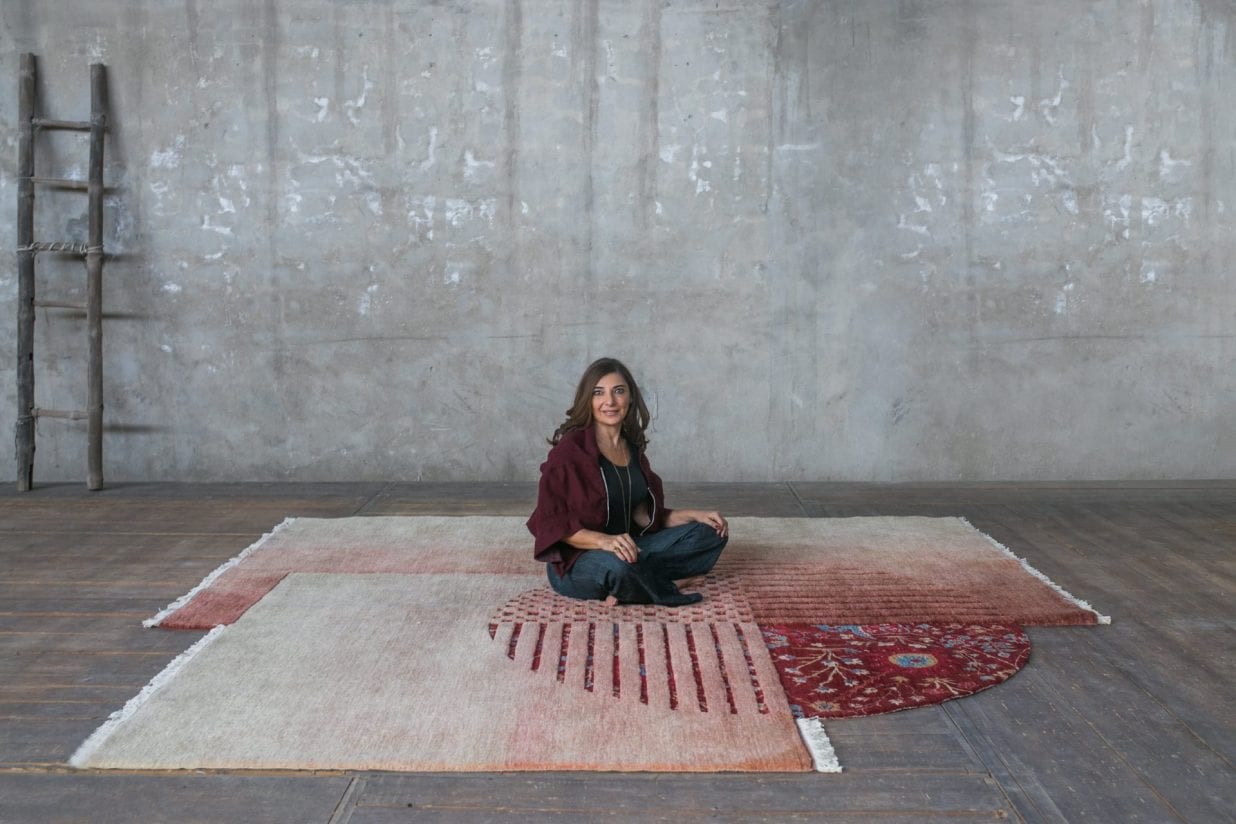 The ‘You & I’ collection, commissioned by the Fatima Bint Mohamed Bin Zayed Initiative (FMBI), was created in collaboration with designer Nada Debs and the Afghan women carpet weavers in Kabul, with whom Nada worked closely to create the desired technique and aesthetic. By Sindhu Nair 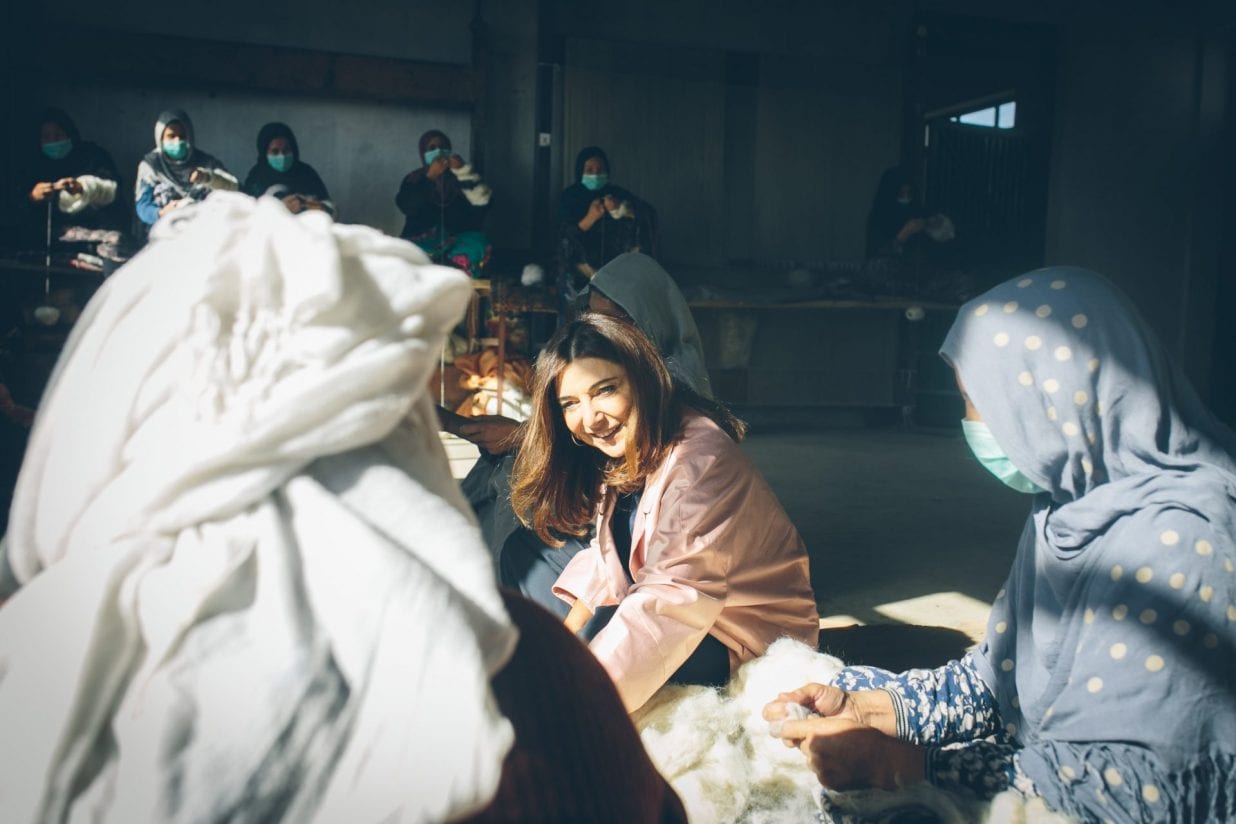 The “You & I” carpet collection was launched two years back and revealed at the Dubai Design Week 2018 but the story of the creation and the lives of the people it has touched make the carpets timeless. This is a project commissioned by the Fatima Bint Mohamed Bin Zayed Initiative, a project that is satisfying from many perspectives, for it creates a value chain in Afghanistan by creating jobs for women and educating the children, buying wool from the local farmers, using natural vegetable dyes, and then finally selling the finished product in international markets. 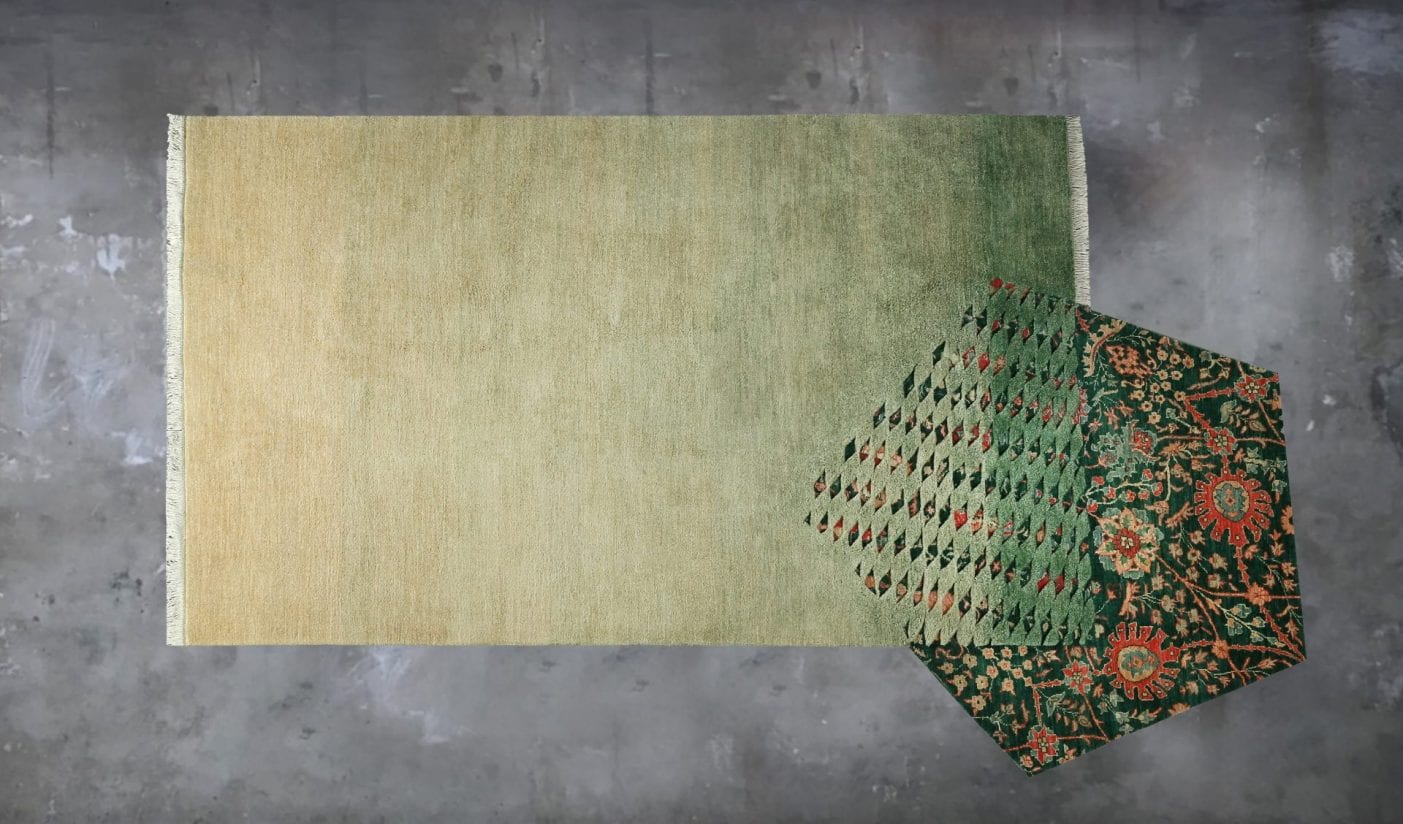 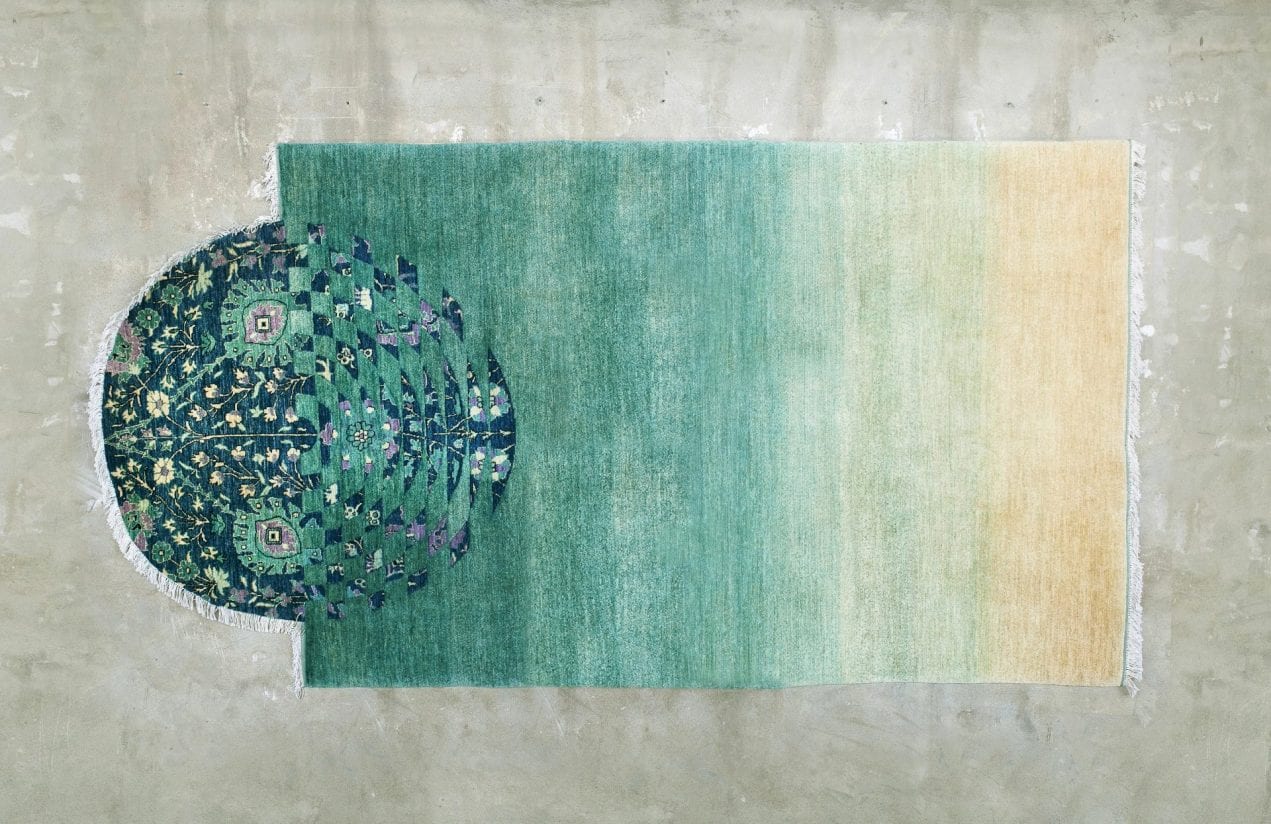 The design of the carpets exemplifies Nada Debs love for the poetry and follows this verse ‘apparently two, but one in the soul’ by Jalal ad-Din Rumi, a Sufi poet, who Nada realized had Afghanistan roots and speaks of the values at the core of the brand. Expanding on the dichotomy of working together while being apart, of two cultures coming together, the brand talks about collaborations that make the product more than the sum of their parts. 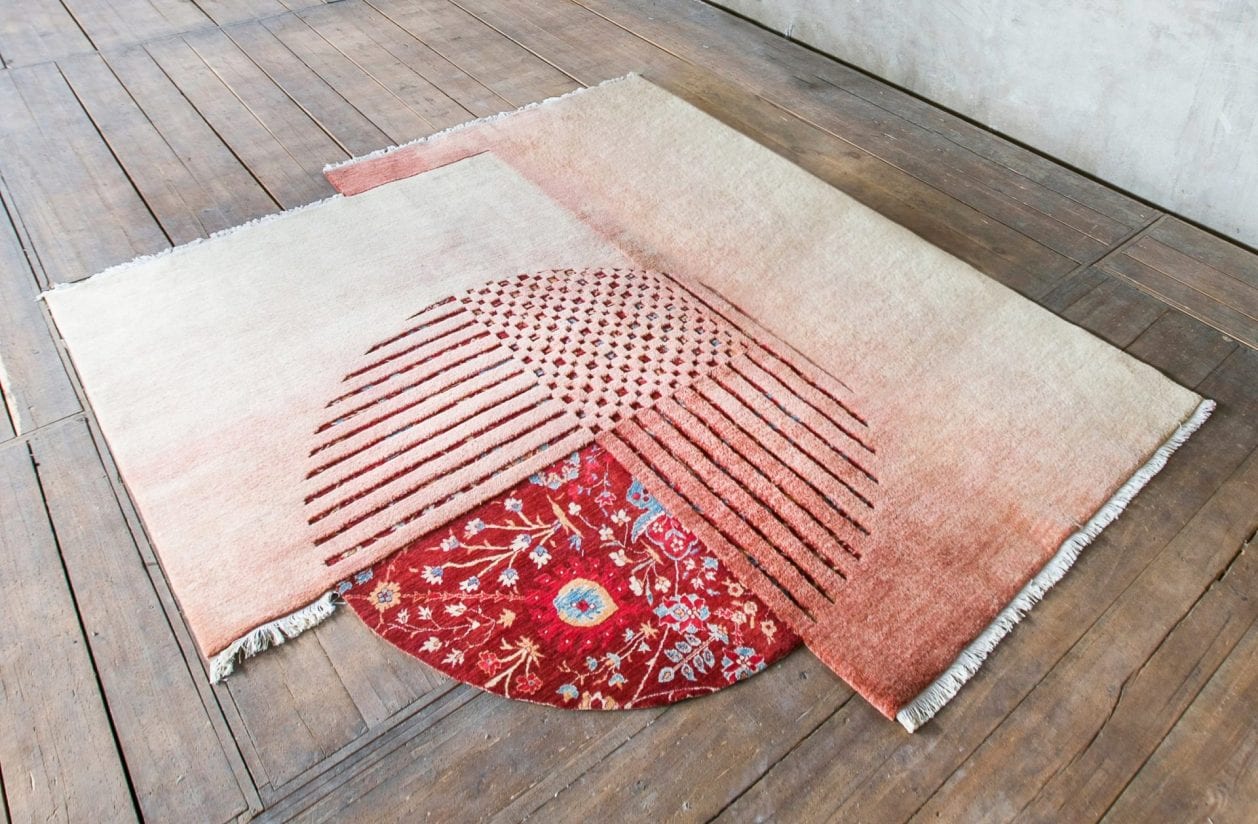 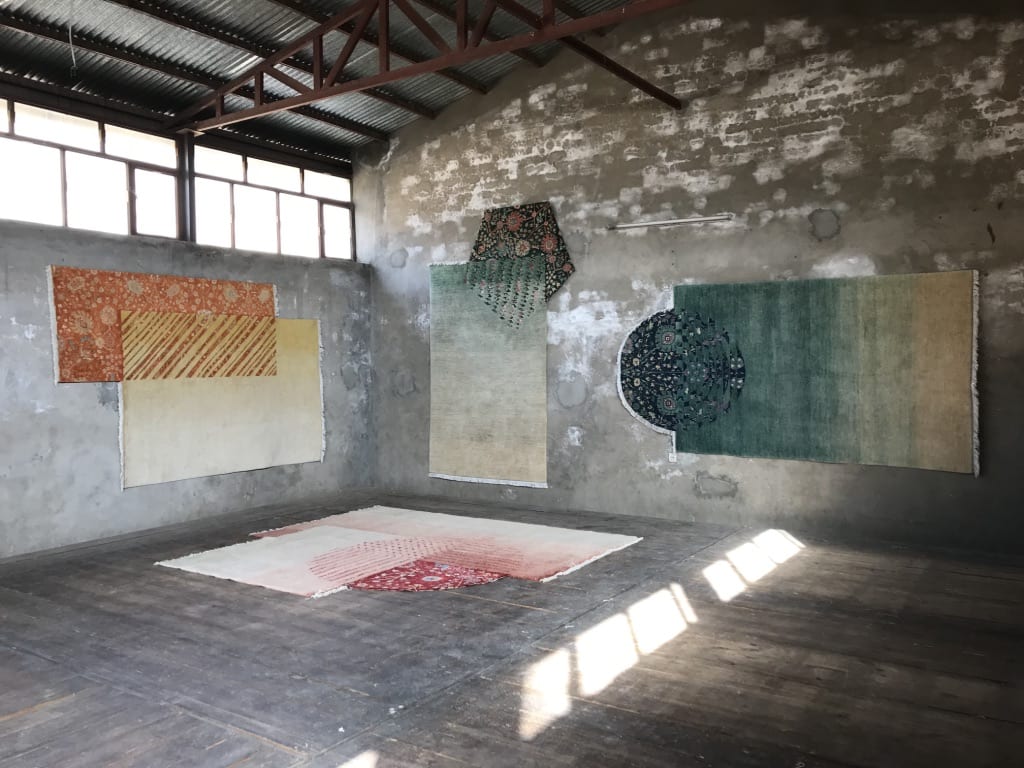 “The rug strikes a balance between the old and the new, a bridge between cultures through design, a celebration of local know-how in harmony with global trends, and a sacred communion in which the skilled women weave, their hands transferring heart and soul into matter. The YOU & I rug is a perfect expression of the coming together between a traditional carpet pattern design – applied in different color palettes – and contemporary designs in a-typical shape; it commands a natural seating arrangement around it. Its overlapped parts fuse together, creating distinctive characteristic configurations made of varying depth where the plain color makes way to revealing the traditional design,” explains Nada.

Fatma Bint Mohamed Bin Zayed Initiative (FMBI)was founded in 2010 and is a joint venture between HH Sheikha Fatima Bint Mohamed Bin Zayed of Abu Dhabi and Tanweer Investments in Afghanistan. It provides women with employment in the traditional carpet production process, as well as other finely handcrafted items such as home décor and clothing. Due to the success of FBMI, the Initiative has hired over 3,000 Afghan artisans, of which 70% are women, and 35% of these women are widows, making them the sole breadwinner of their families. 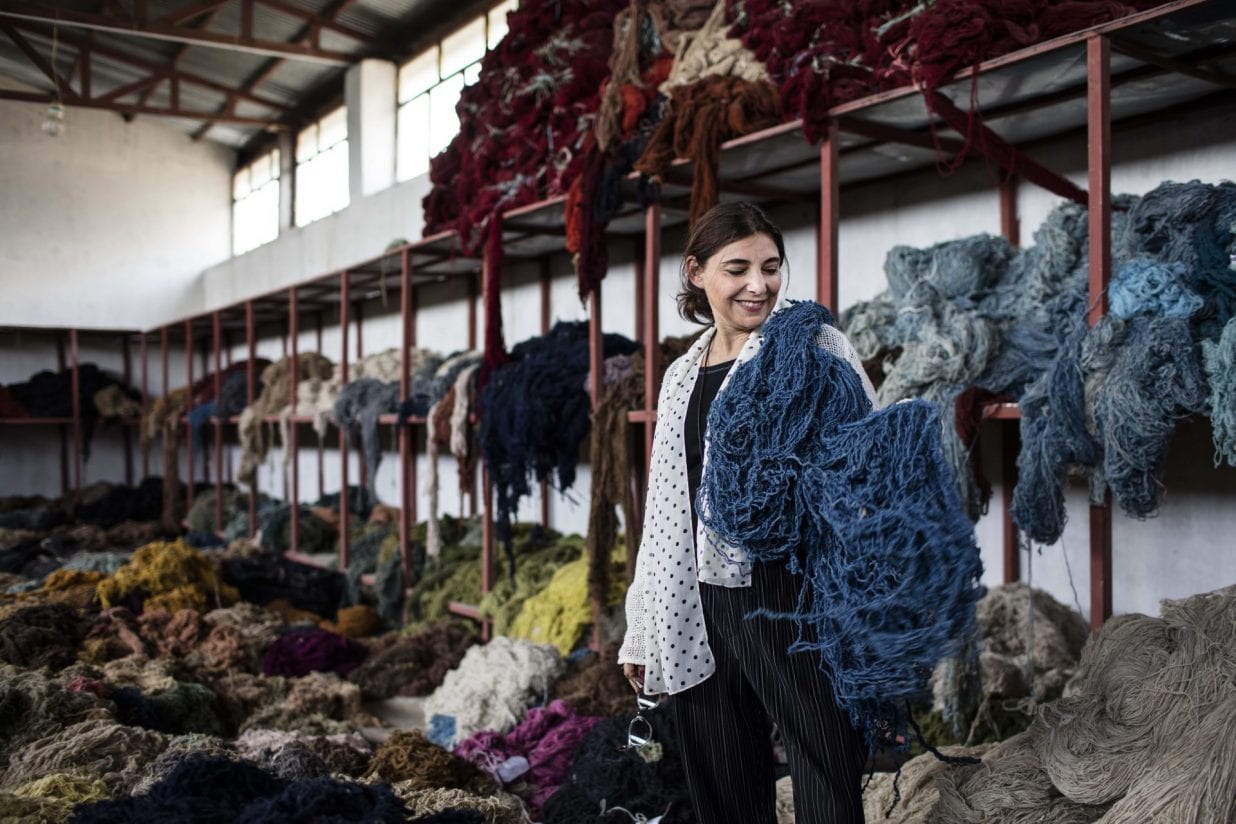 Nada traveled to Afghanistan thrice, the first time to understand the process of carpet making, and the next two journeys to see how her designs were being understood and transformed through the hands of the weavers.

“The older women take the huge spins of wool and spin it into the yarn while the men dye the wool with the natural dyes, it is a fascinating process that is a very high- intensive job,” narrates Nada of her experience in Afghanistan where she was escorted around in bullet-proof cars and surrounded by bodyguards for precautionary reasons. 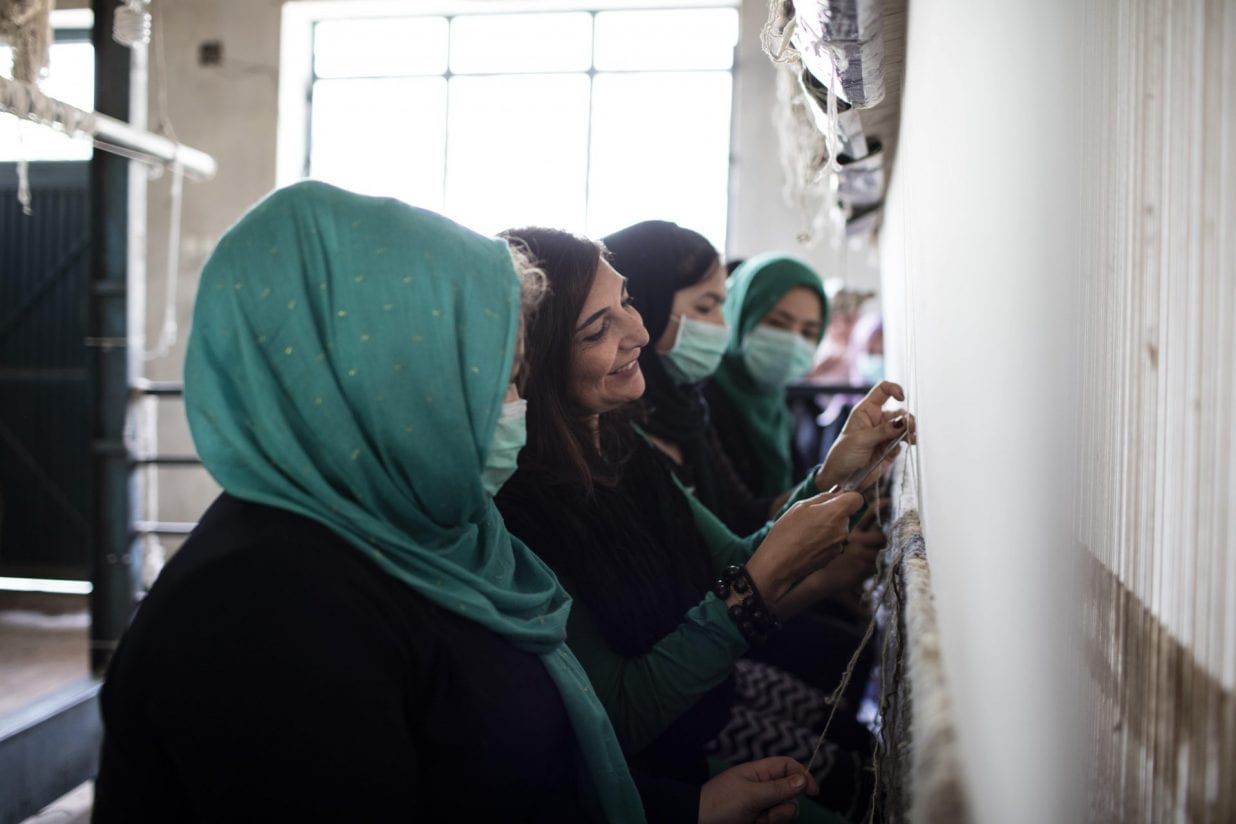 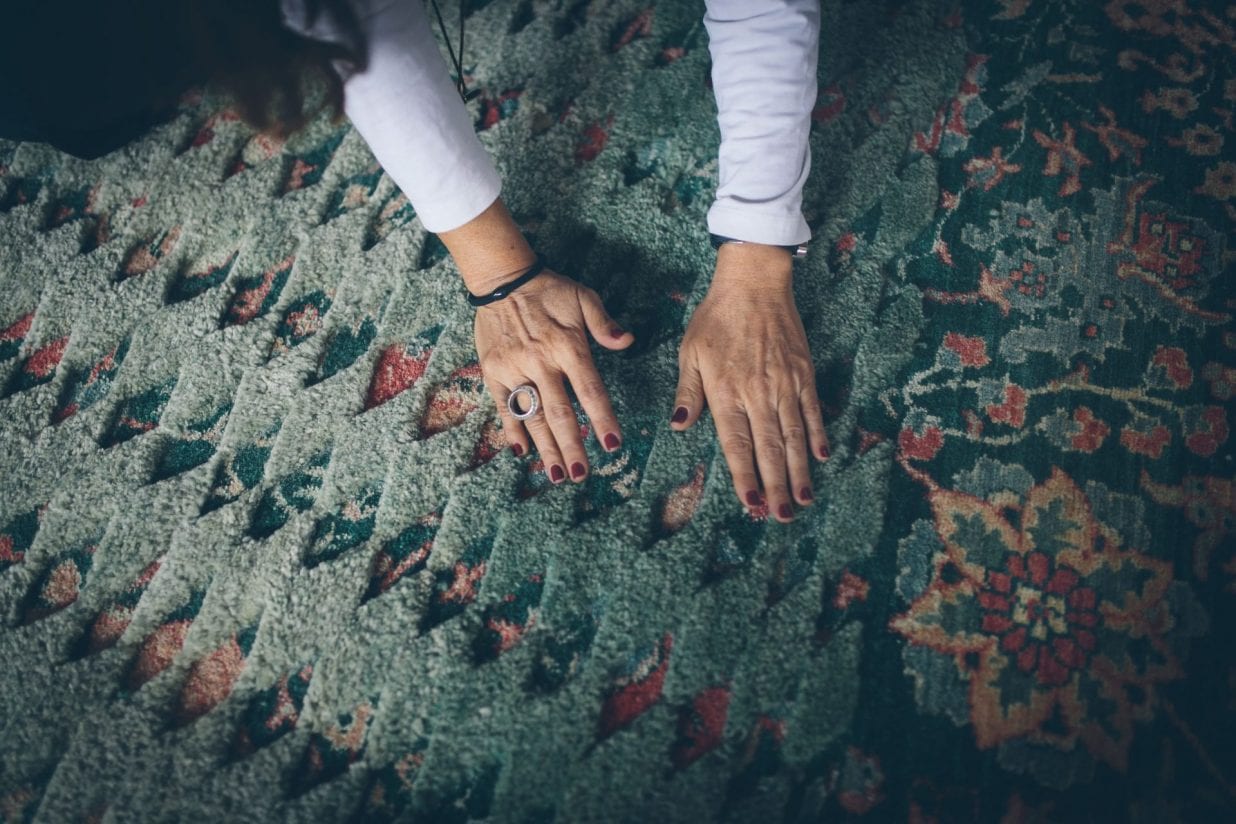 The carpet-making industry has evolved and grown exponentially over time and to create something new is almost impossible, as every innovation has already been experimented. This was the challenge for Nada, to create something creative in a saturated market and also to make the design simple so that it could be hand-sketched and recreated by the weavers. 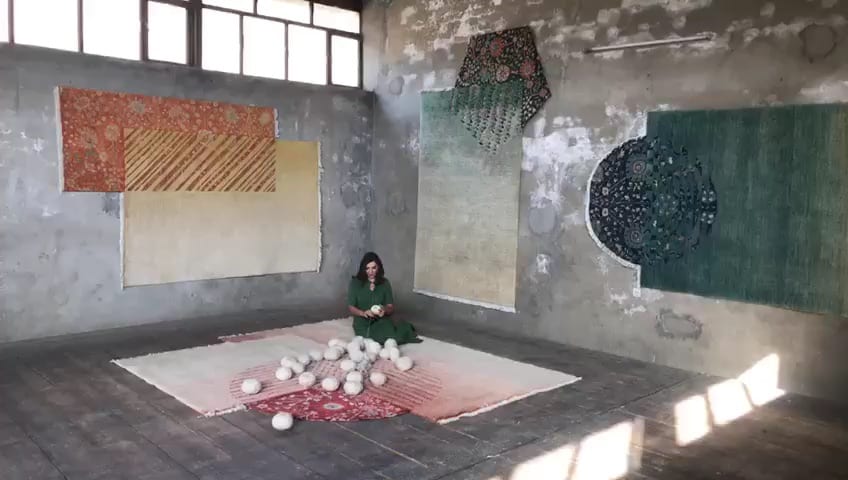 “As a designer, I try to come up with new techniques, and my second trip was to create a protype. I found that the weavers first cut off the extra length and then shave the last bits off to make the surface even and I decided to use that aspect in my design,” she says, “I wanted to celebrate the duality in the way we work together, through diverse cultures and different regions coming together to create. It then struck me that instead of creating a new design why not merge the two existing designs, a traditional design of the Afghan women superimposed with a plain rug pattern of mine, to create an entirely new design.” 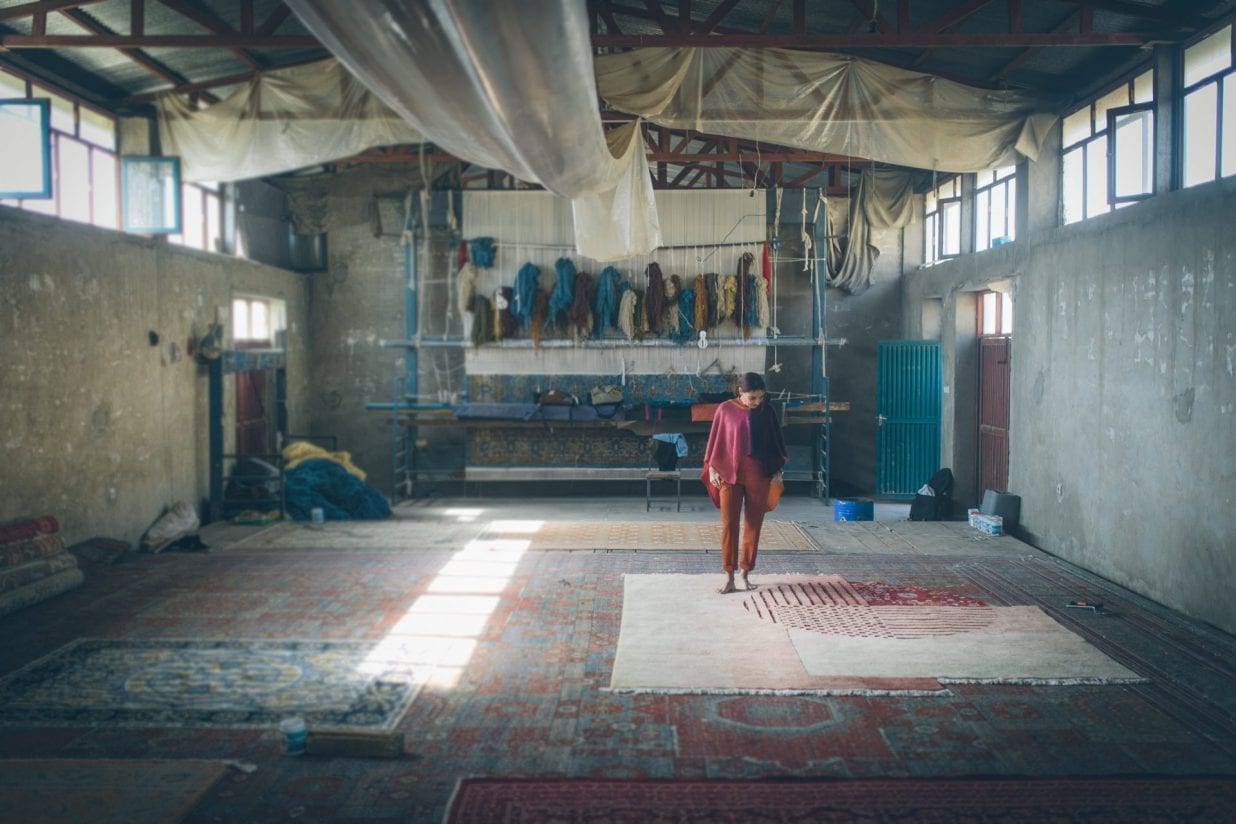 The collection was hence called “You and I”, a carpet that is born of the love between these two diverse entities joined together to form a new synergy.

FBMI is commercially viable and sustainable in the long term, as it operates a local value chain entirely within Afghanistan, buying local wool to support farmers, using natural vegetable dyes, and producing finished carpets for export to world markets. 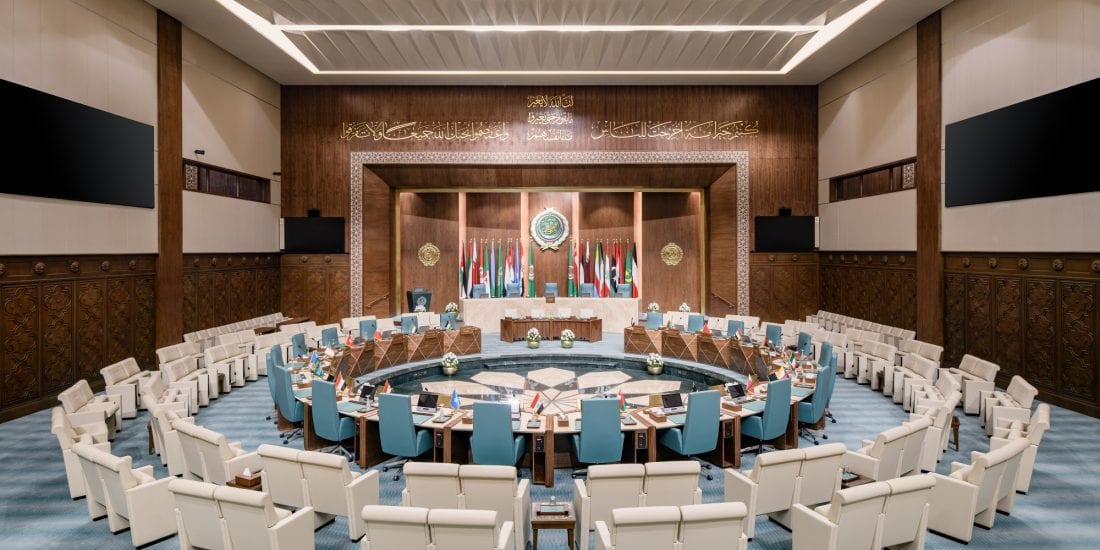 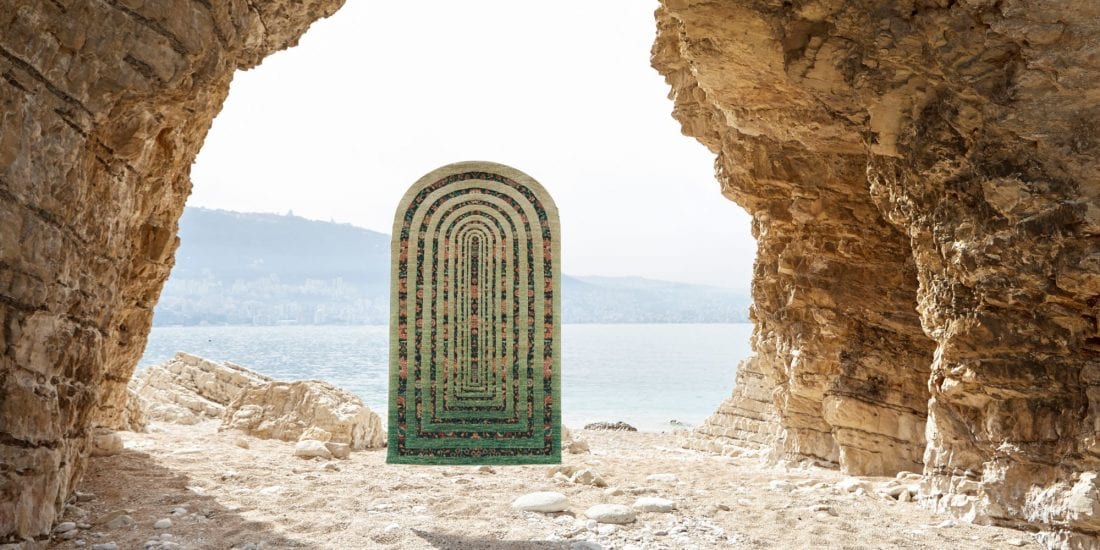 A Prayer Mat that Transcends Boundaries through Design