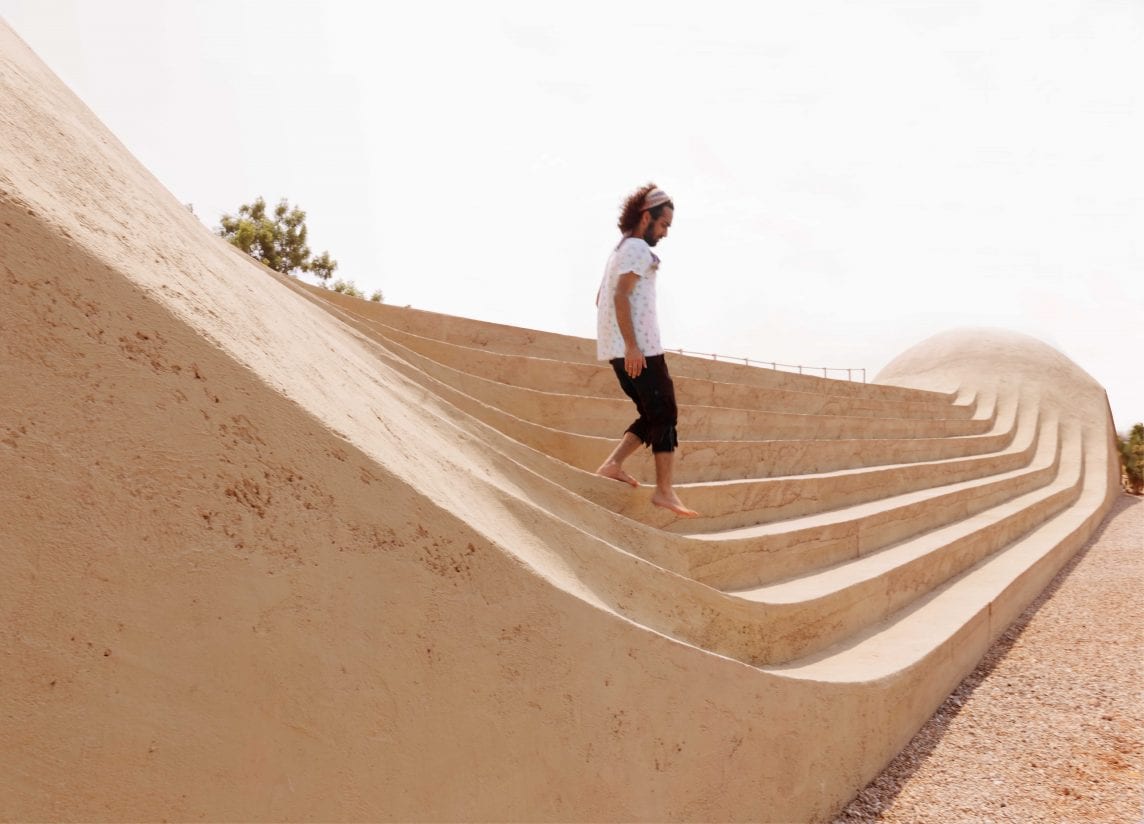 The Steps of Harmony

Two red cement-clad domes connected by a long set of steps forms the Rong Cultural Centre, designed by ZAV Architects, on the island of Hormuz in Iran.

The Rong Cultural Centre, which won Dezeen’s Best Cultural Centre of the Year Award, designed by ZAV Architects, is topped with a set of steps that has become a platform for events and gatherings to take place on or be watched from. Steps that brings people together, casually without the strain of performance but making the performance seem part of the life in Hormuz. A non-intrusive space that only impacts the participants positively is how architects have visualised this project.

“An 80 square-meter step platform hosts cultural activities, events, and ceremonies that operate as a mediator between locals and tourists,” explains ZAV Architects. “It is a public space that people can walk on.”

The steps connect two domed structures. One contains a cafe, while the other contains a tourist information center that offers bike rentals.

Directly beneath the steps are a series of spaces that contain the kitchen for the cafe, along with storage spaces and a recycling collection point. 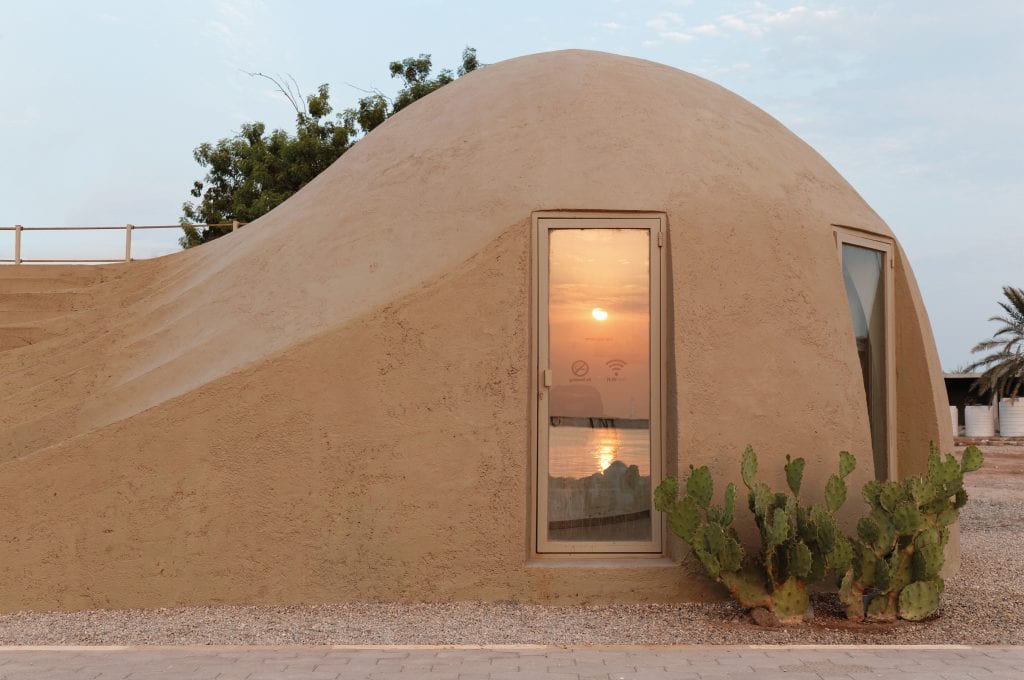 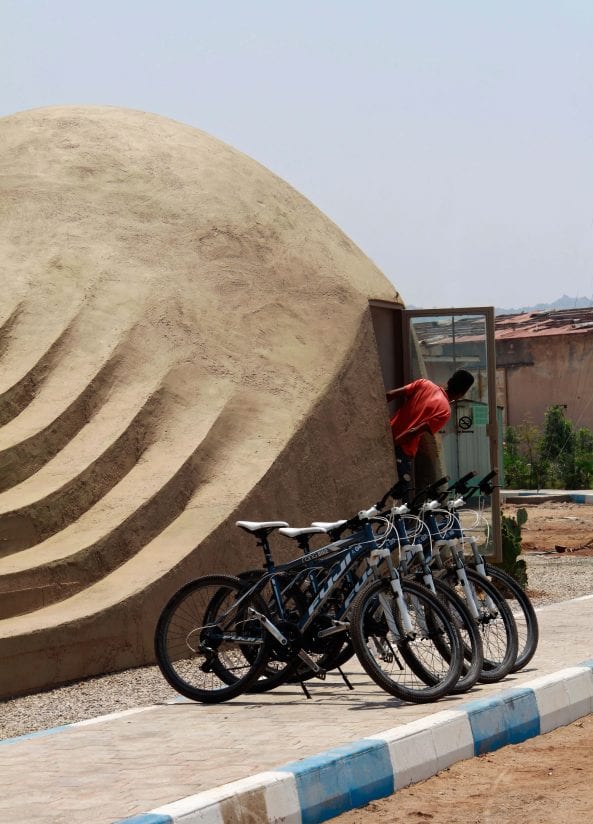 ZAV Architects founded in 2007, aimed to have a role in the Iranian architectural cycle by consulting projects with socio-geographical vision. The research-based approach of the architects assists clients to clarify their perspectives by providing architectural data.

This project is one such step, a project borne out of constant interaction with the locals residing in  Hormoz Island, an oval-shaped salty patch, near Bandar Abbas–Persian Gulf with 42 square kilometers of land area.

The climate is warm, humid, dry and a place that is economically stressed out. “Rong” is located in the main port.

“Before offering any architecture typology for “Rong”, we had decided to have a calculated presence on the island by paying attention to social and environmental sustainability. A collaborative process has been set up towards future vision for the island and multi-disciplinary brainstorming workshops were held for the participation of both Hormozians and us, the designers,” explains the architects. 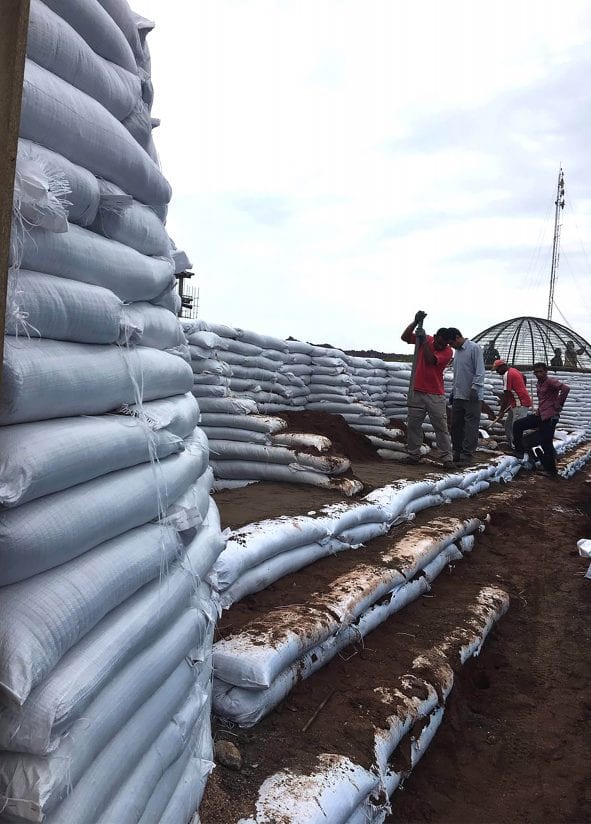 As a result, first, a community center was set up temporarily to gain the participation of locals. With intention of providing permanent space for cultural activities and due to lack of an acceptable construction system and architectural typology offering something that deals with geography and environment of Hormoz were essential in the shaping process, says the conscious group of consultants.

“To obtain such a space which is harmonized with the island, geo-morphology of Hormoz has been studied and topography of the kind of land effects that is a like short hill was chosen. To construct such a natural form, the team concluded that rammed earth system and Nader Khalili’s SUPERADOBE could be appropriated. In its implementation, adopted sandbag technology was combined with steel structure covered with cement,” says the architects.

“Rong” includes a 45 square meter tourist information and café and bike rental at the same size with an 80 square meter backstage. An 80 square meter step platform hosts cultural activities, events, and ceremonies that operate as a mediator between locals and tourists and is an urban space that people can walk on. It is in perfect harmony with the island’s geomorphology and is iconic at the same time. Its presence brings pride for Hormozians and is seen as a beautiful space by answering the demands of a cultural center.

Rong brought a flexible public space. The Café became a break space for tourists, locals and nearby workers. The stairs are playing a public space role that embraces musical, cultural and environmental events, and even shapes Hormozians` nightlife. Rong accepts people’s reality and invites their participation & engagement. It is sustainable and recyclable, built easily and can be replicated as many times as possible. 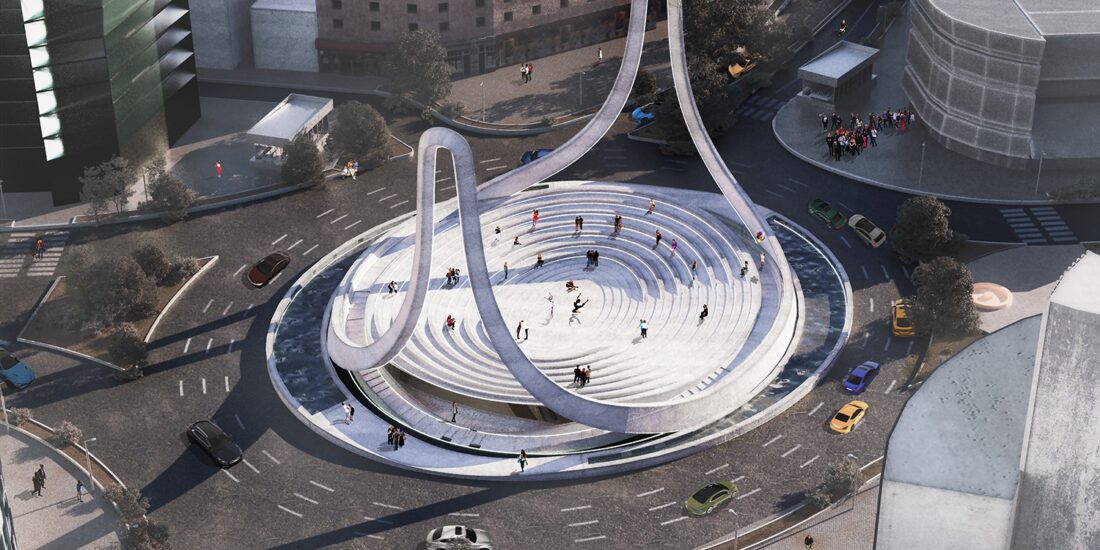 A Modern Landmark in Tehran by a Female Architect 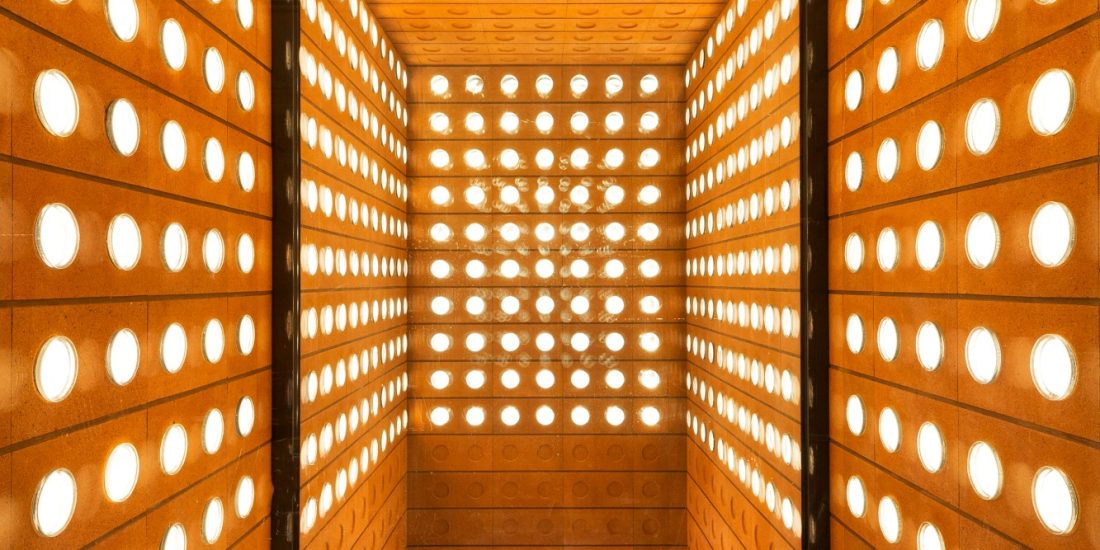 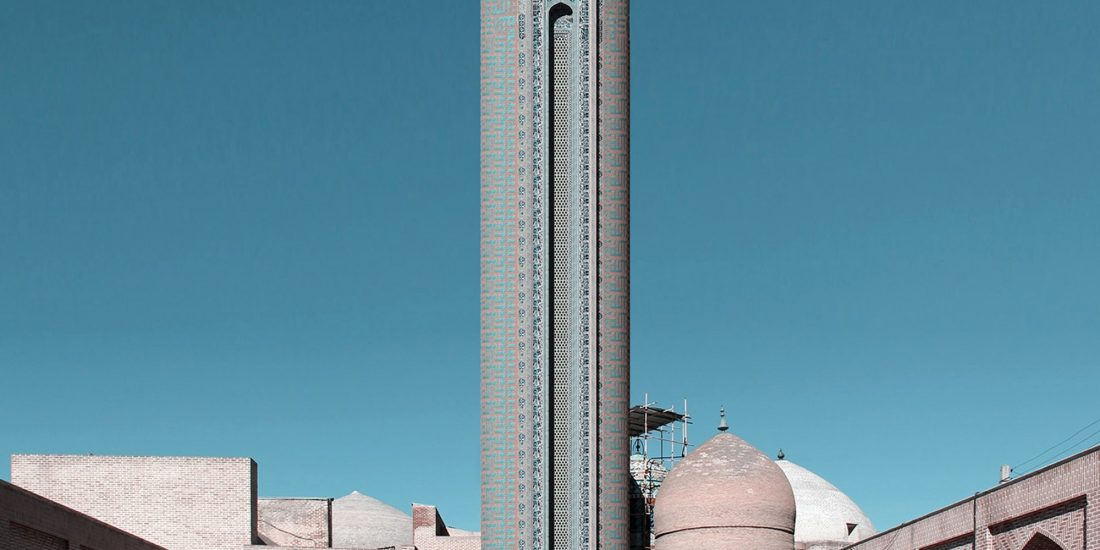