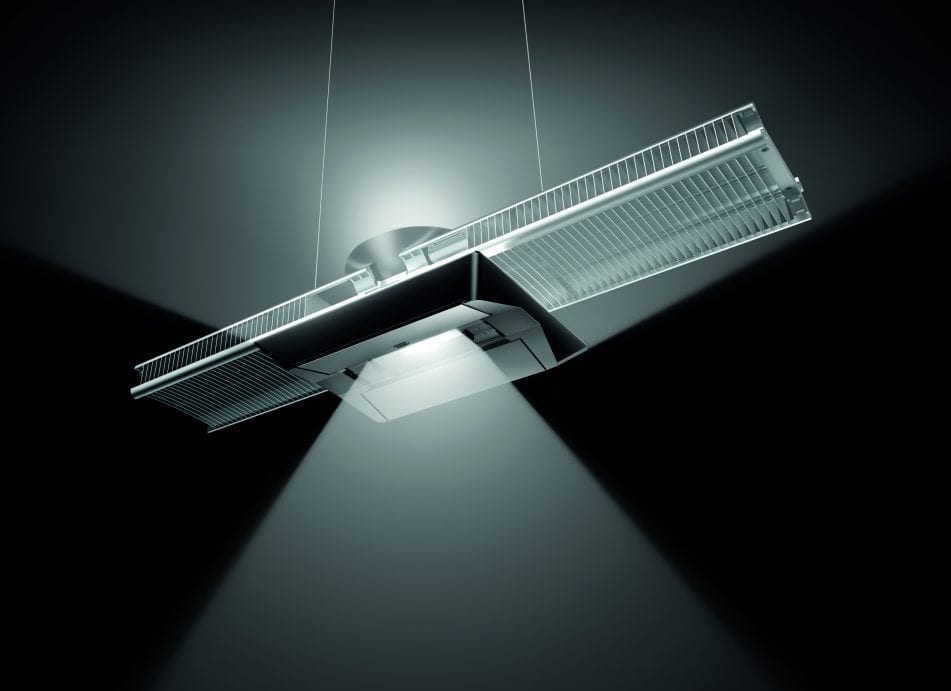 People have different needs, across spaces, at various times throughout the day. For optimal visual conditions, each one requires varied light levels. Dyson has designed a powerful, combined up and downlight that has full, flexible illumination control called CuBeam Duo suspended light.

Fluorescent lights can create problems, including reduced light output over time, wasted light in all directions, costly replacement, noise pollution, and hazardous material. An increasing number of businesses are opting for LED lights. But without effective cooling, their efficacy may drop over time, which can result in inefficient lighting. This is when Dyson, the technology masters of home appliances, use their research to give the best lighting option to each one. The result is a product named Cu-Beam™ which is suspended light technology that works differently.

“My team and I have spent 10 years immersed in the science of powerful, long-lasting illumination. Now, we’ve developed a lighting technology that can adapt to different tasks throughout the day.” Jake Dyson, Chief Lighting Engineer at Dyson and eldest son of the legendary British inventor, Sir James Dyson. 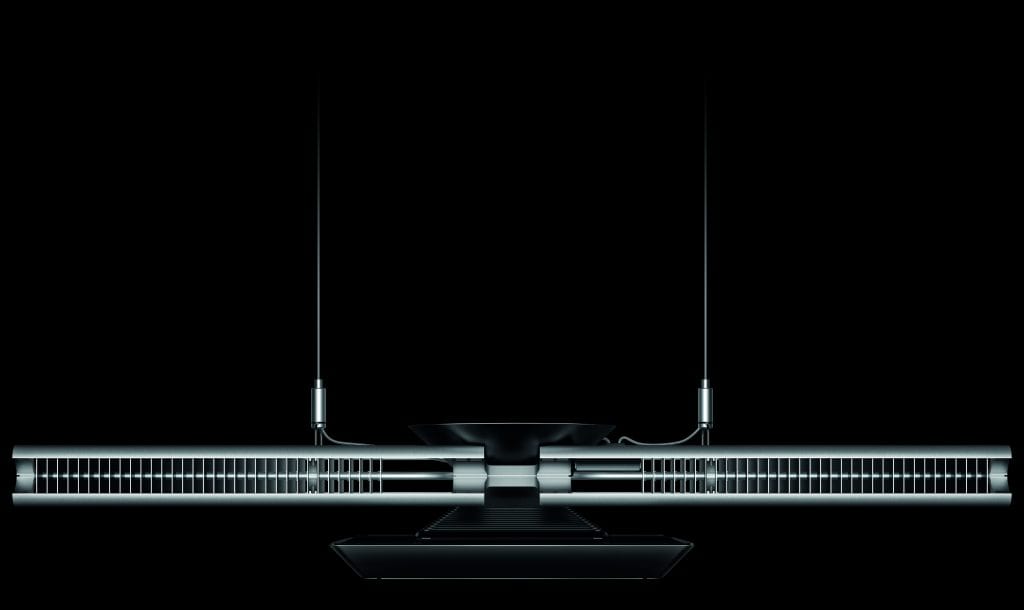 From the world’s first bagless vacuum cleaner, to hand dryers that use 430mph sheets of air to remove moisture from hands to a completely rethought hair dryer with its motor in the handle, Dyson is a company that is relentlessly focussed on engineering better solutions. Dyson spends £7million GBP a week on research and development and was supposed to launch a battery-electric vehicle in 2020, into which £2billion GBP is being invested. But last month, Dyson revealed that it was closing its electric car facilities both in the UK and Singapore.

The firm said its engineers had developed a “fantastic electric car” but that it would not hit the roads because it was not “commercially viable”.

The Dyson product CuBeam Duo suspended light has multiple uses, depending on the user; during presentations, more light can be directed upward and less light downward, so the presenter’s screen can become the focal point. During meetings, more light directed downward illuminates the table, to aid note-taking and discussions across the table. Outside of working hours, full up-light provides a blanket of ambient illumination across space – ideal for maintenance staff.

With adjustable one-touch shutters and a reflective surface, Ricochet™ technology converts unwanted down-light into up-light, preventing light from being wasted. For up-light, closing the adjustable shutters allows the recovery of unwanted down-light. It reflects it upwards, to maximise lumen output and provides high efficacy. For down-light, opening the shutters allows more lumens to go downwards, to maximise downward light distribution onto the task plane. 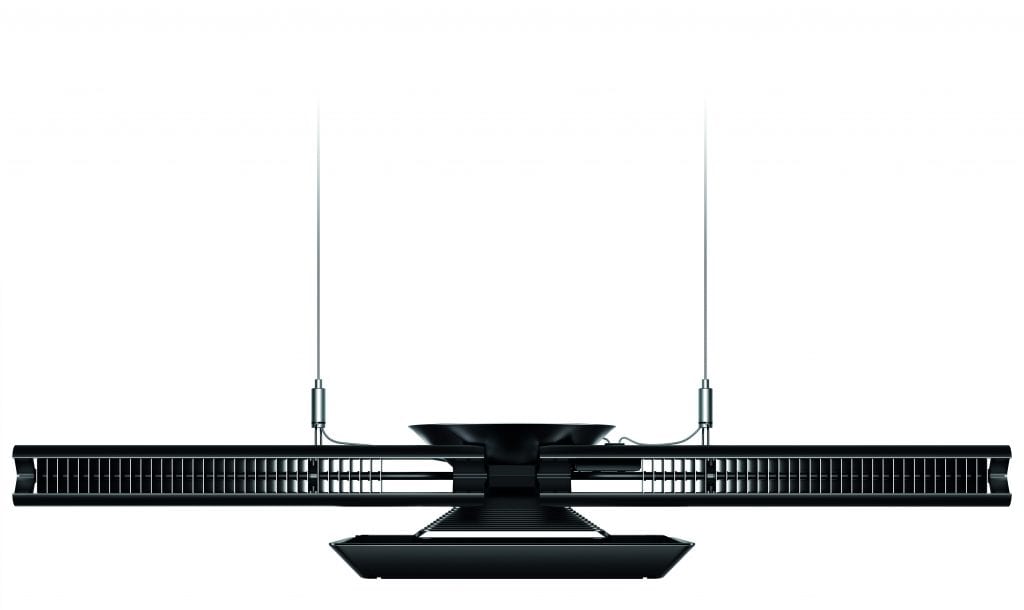 Another feature that makes the product advanced is its effective cooling system. In the Cu-Beam™, suspended lights heat is transferred away from the light source and dissipated along with the wings.

Six vacuum-sealed tubes span the wings of the Cu-Beam™ suspended lights. Each tube contains a drop of water. When the light is switched on, the heat generated by the LEDs turns the water inside the tubes into vapour. The vapour begins moving along the tubes due to the difference in pressure. As soon as the vapour reaches a cool area of the tube, it condenses back into the water. Heat energy is dissipated evenly through a series of aluminium fins, which form the light’s wings. A copper wick draws the water back towards the LEDs via capillary action, and the cycle begins again.

This cooling system enables Cu-Beam™ suspended lights to use high-power LEDs, instead of combining the light output of multiple less powerful LEDs.

In addition to the Cu-Beam Duo suspended light, there are two additional products in the range:

The Cu-Beam up-light is a suspended up-light with an ultra-wide distribution of powerful illumination. Using a custom-engineered bubble optic lens, it casts a wide pool of light across the ceiling. This eliminates hot spots and allows a short drop height, creating soft, ambient light throughout the room ideal for lighting open spaces, such as atriums, foyers, and offices.

The Cu-Beam down-light is a suspended down-light with a controlled pool of powerful illumination. Using a custom-engineered lens and employing precisely calculated optical geometry, it takes a single light source and creates a targeted pyramid of light over a task area. It is ideal for lighting task surfaces, such as meeting tables and office desks. 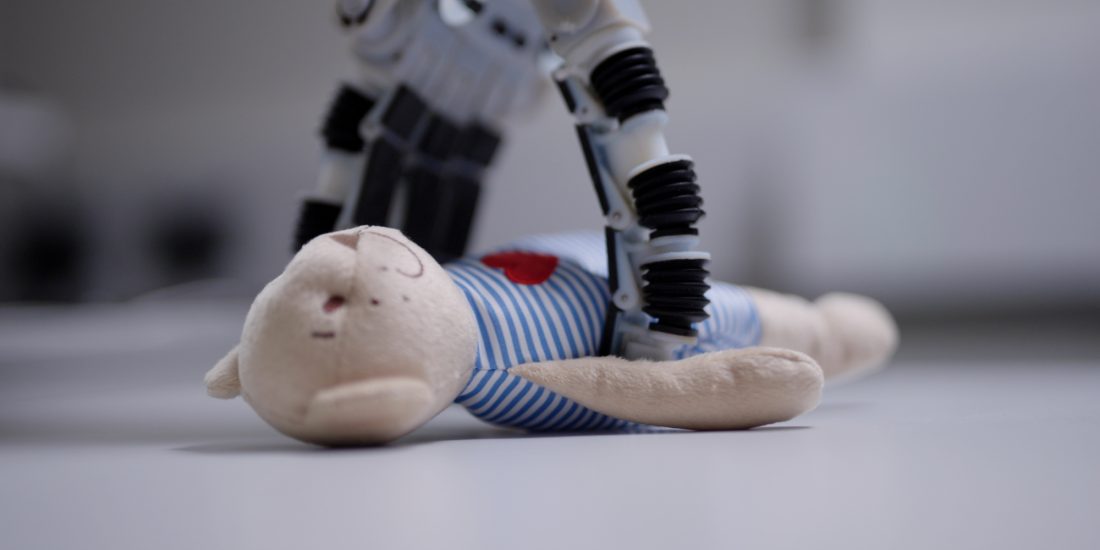 Global research and technology company, Dyson gave a glimpse of its secret robot prototypes which appear to 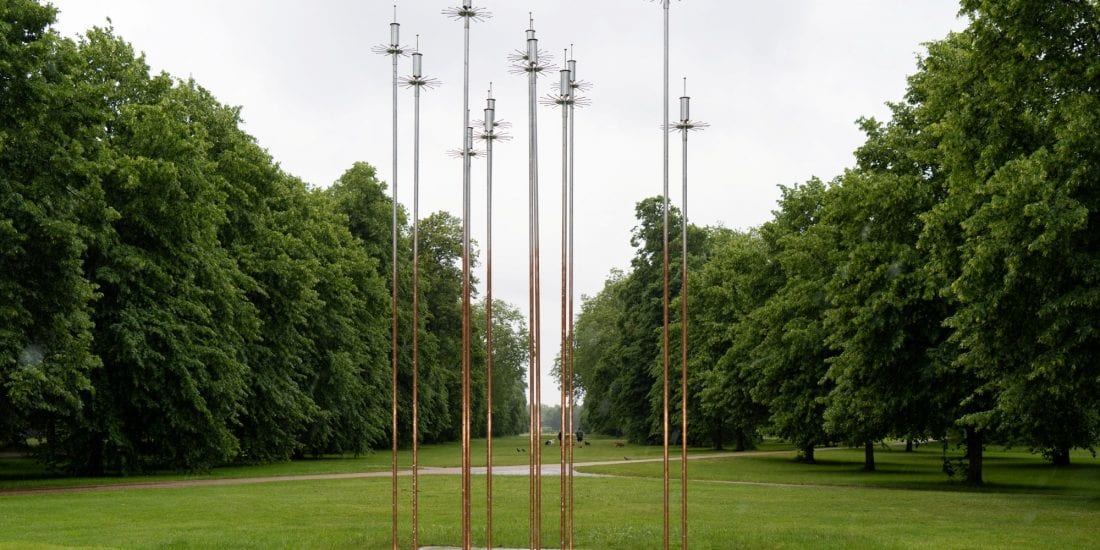 The sculpture called taraxos is an ongoing project by artist, writer Sophia Al-Maria at Serpentine. The sculpture