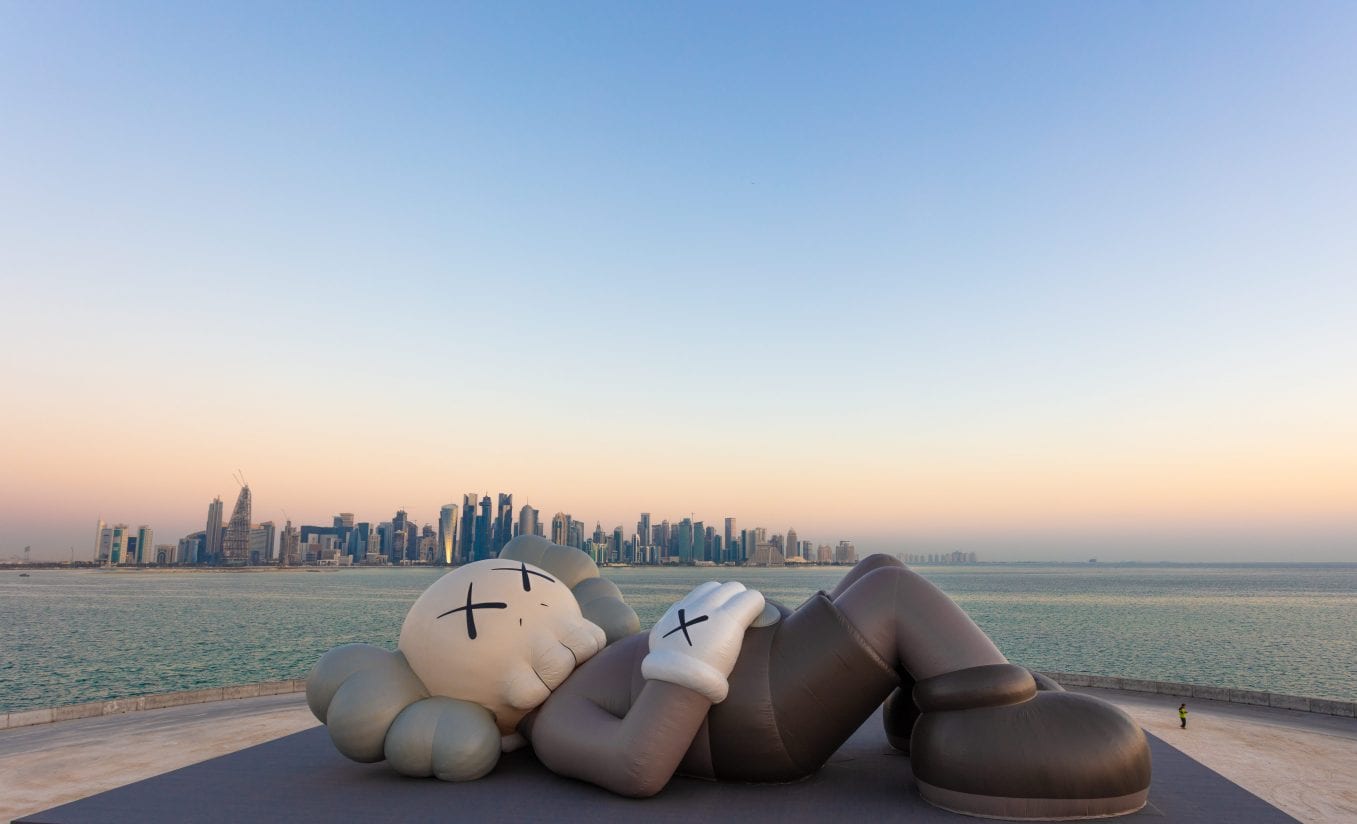 Following the opening of KAWS: HE EATS ALONE at the Fire Station, Qatar Museums (QM) unveiled HOLIDAY, an installation at the Dhow Harbour, by Brian Donnelly alias KAWS. The work is on display for the first time in the Middle East and joins Qatar’s growing portfolio of permanent and temporary public art pieces.

HOLIDAY is an inflatable sculpture depicting KAWS’ character, Companion, in a laid-back position. The colossal sculpture, measuring at a height of 40 meters, represents the artist’s attempt to remind passers-by to relax in an increasingly hectic world. Much like the rest of KAWS’s body of work, the installation uses wit and irreverence to provide a playful commentary on humanity.

With gloved hands and X’s for eyes, the highly-popular Companion character was first created in the late 1990’s and has become a symbol that both embraces and rejects the ideals of today’s consumerist society. 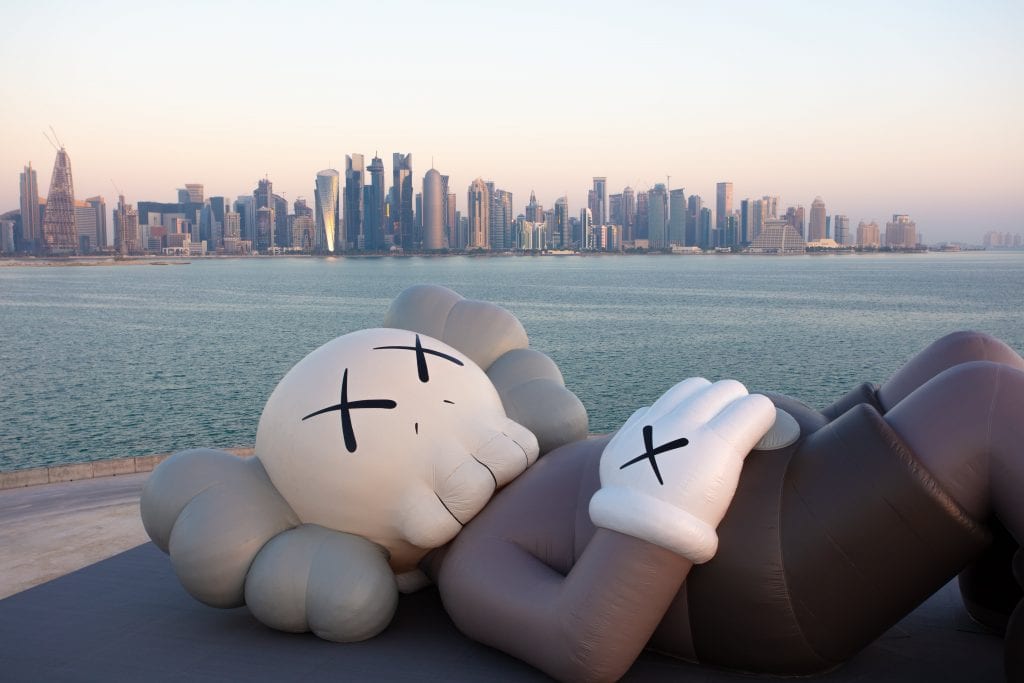 The installation in Doha is the most recent iteration of the touring KAWS: HOLIDAY project after previous displays in some of the world’s most important cultural hotspots that include the city of Seoul in South Korea and Mount Fuji in Japan. Located at the heart of Qatar’s cultural square, which is close to the Museum of Islamic Art, the National Museum of Qatar and Souq Waqif, the Dhow Harbour is the ideal location to host such a show-stopping piece in Qatar.

KAWS engages audiences beyond the museums and galleries in which he regularly exhibits. His prolific body of influential work straddles the worlds of art and design to include paintings, murals, and graphic and product design, street art, and large-scale sculptures. Over the last two decades, KAWS has built a successful career with work that consistently shows his formal agility as an artist, as well as his underlying wit, irreverence, and affection for our times.  He often draws inspiration and appropriates from pop culture animations to form a unique artistic vocabulary for his works across various mediums.

Commenting on the announcement, Abdulrahman Al Ishaq, Head of Public Art at Qatar Museums stated: “KAWS is one of the most important contemporary artists of our time, one who has managed to establish iconic imagery that is uniquely his. After the successful unveiling of SMALL LIE in 2018, we are pleased to continue our collaboration with him and to bring his work to the region for the first time.” 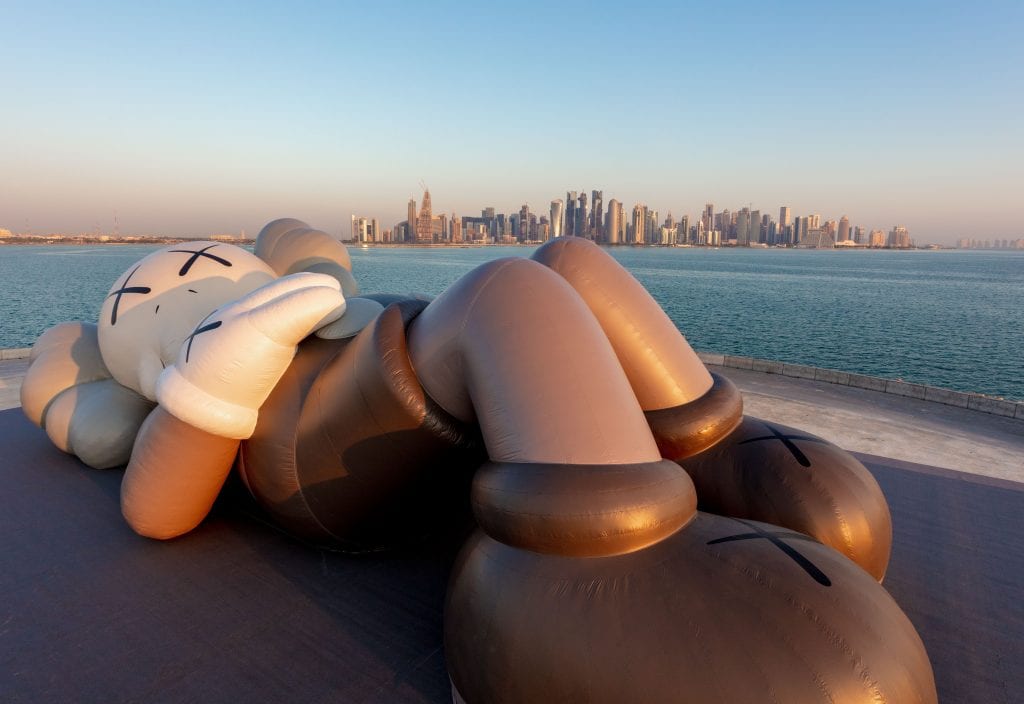 “Our public art strategy is guided by our mission to bring the dialogue to the streets of Qatar by displaying various forms of striking creations. Every piece we have displayed to date was hand-picked to inspire local talent and to create an organic connection between art and the community,” continued Abdulrahman.

Talking about the installation, Sheikha Reem Al Thani, Director of Exhibitions commented: “We are excited to unveil HOLIDAY as part of the KAWS: HE EATS ALONE exhibition, which has been highly-praised by Qatar’s growing art community. The exhibition and this installation are an ode to KAWS’ playful commentary on the very things that make us human. We look forward to seeing how the community will react to and interact with the piece as they go about their daily life.”

The artist’s exhibition, KAWS: HE EATS ALONE, is curated by acclaimed art historian Germano Celant and is on display at the Fire Station until the 25 January 2020. 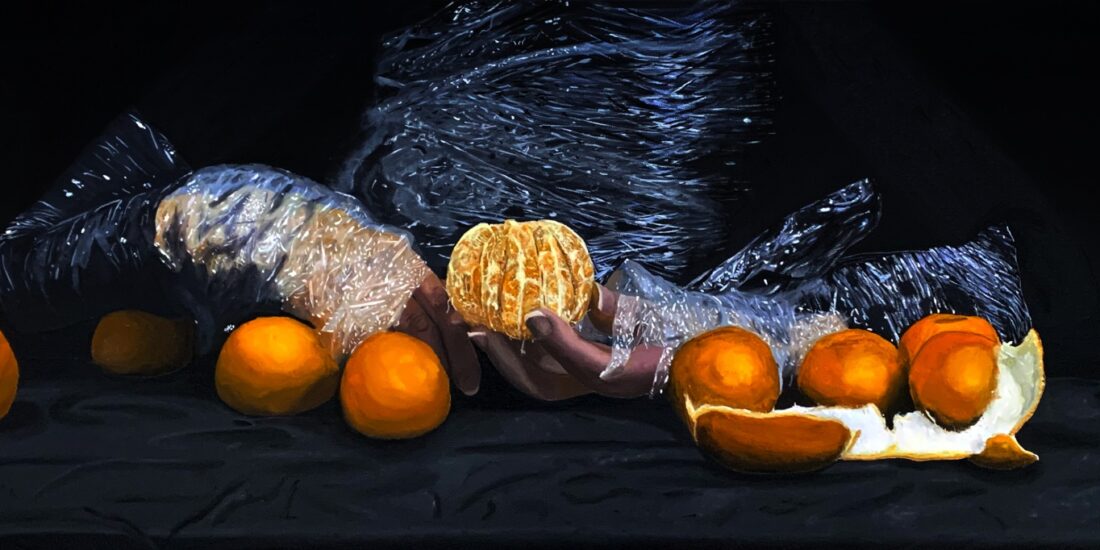 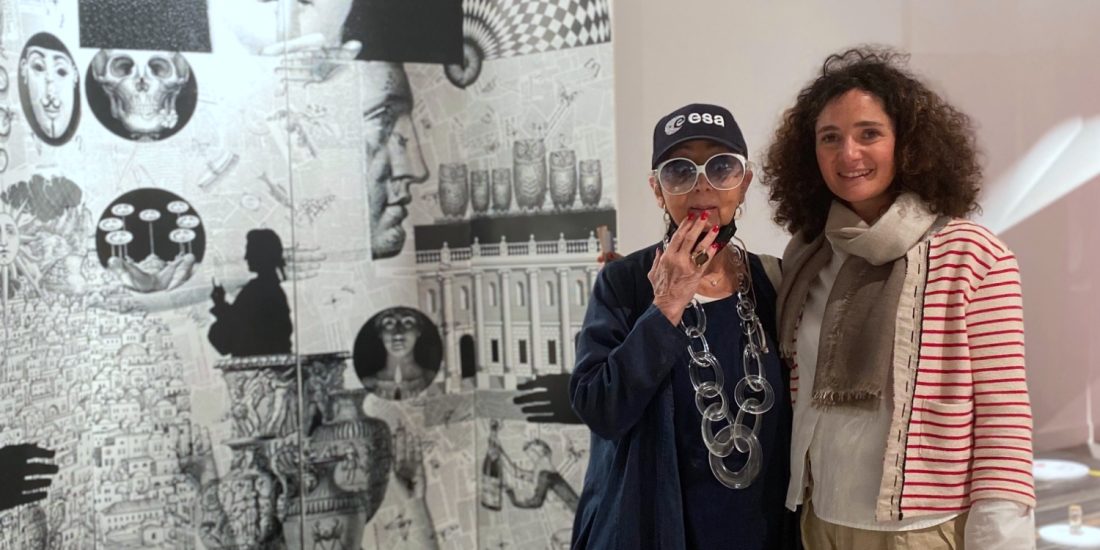 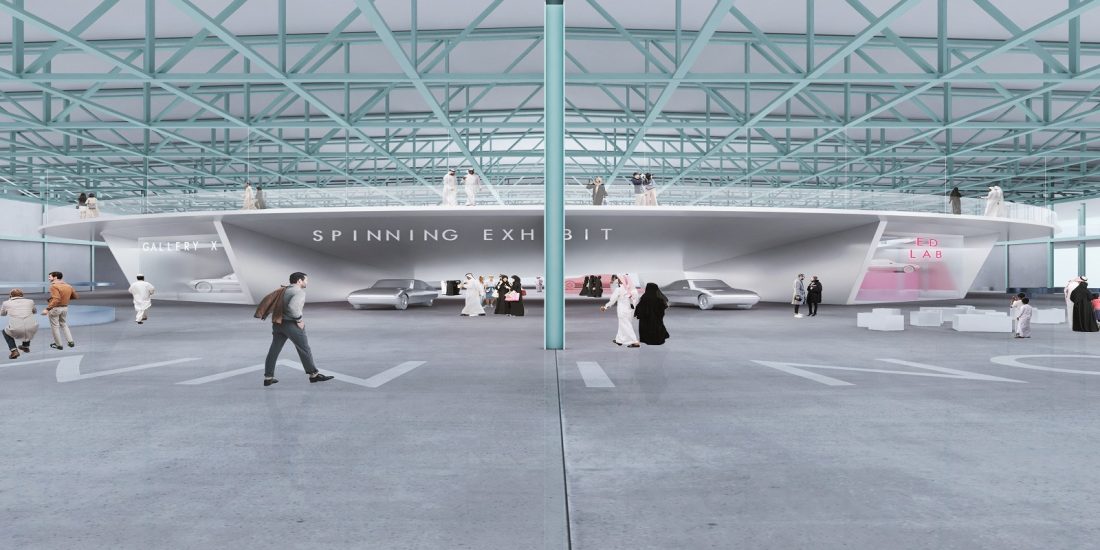