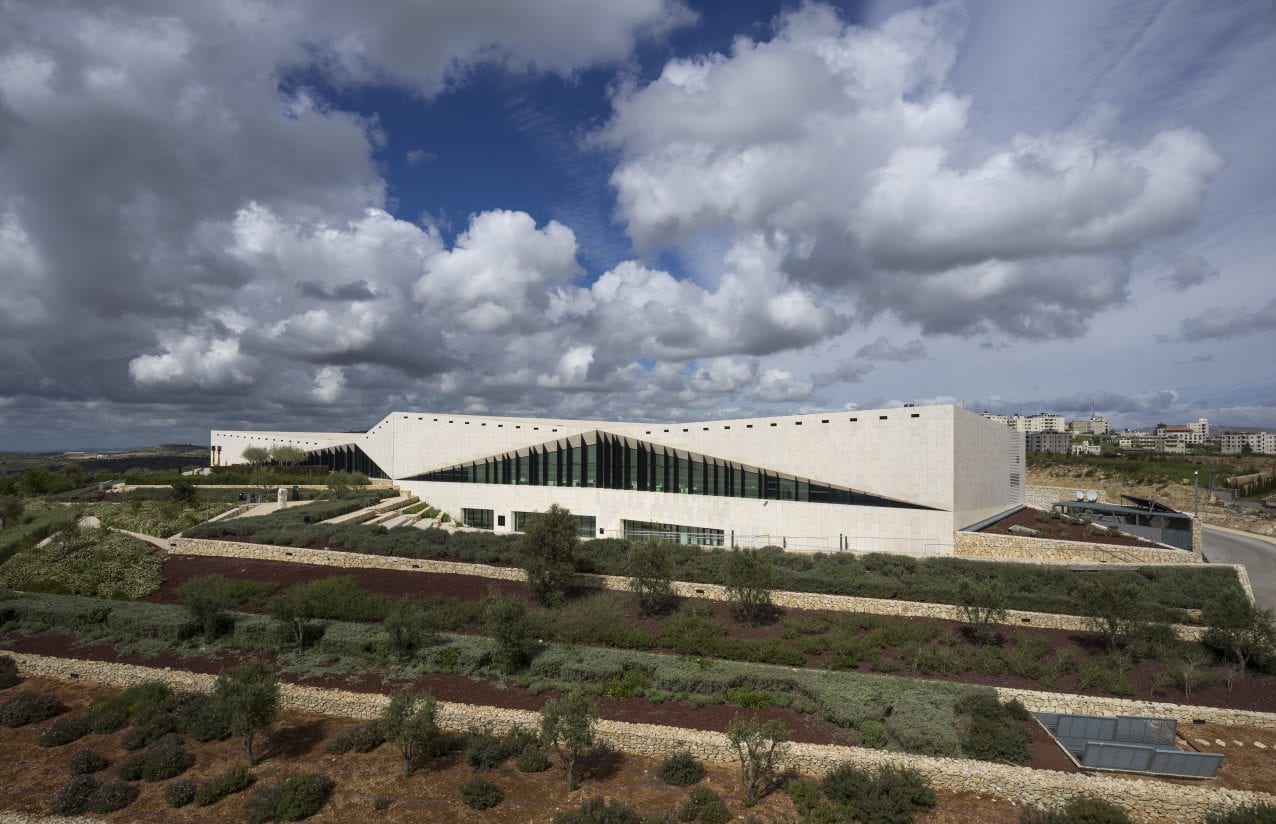 A Museum Bound to the Palestinian Land

The Palestinian Museum, another winner of the Aga Khan Awards 2019, stands as a powerful embodiment of cultural identity under duress at the intersection of land and architecture, nature and people. By placing the traditional agricultural terracing of the region at the centre of its concept, Heneganh Peng Architects places land as the core of the Museum’s curatorial mission. 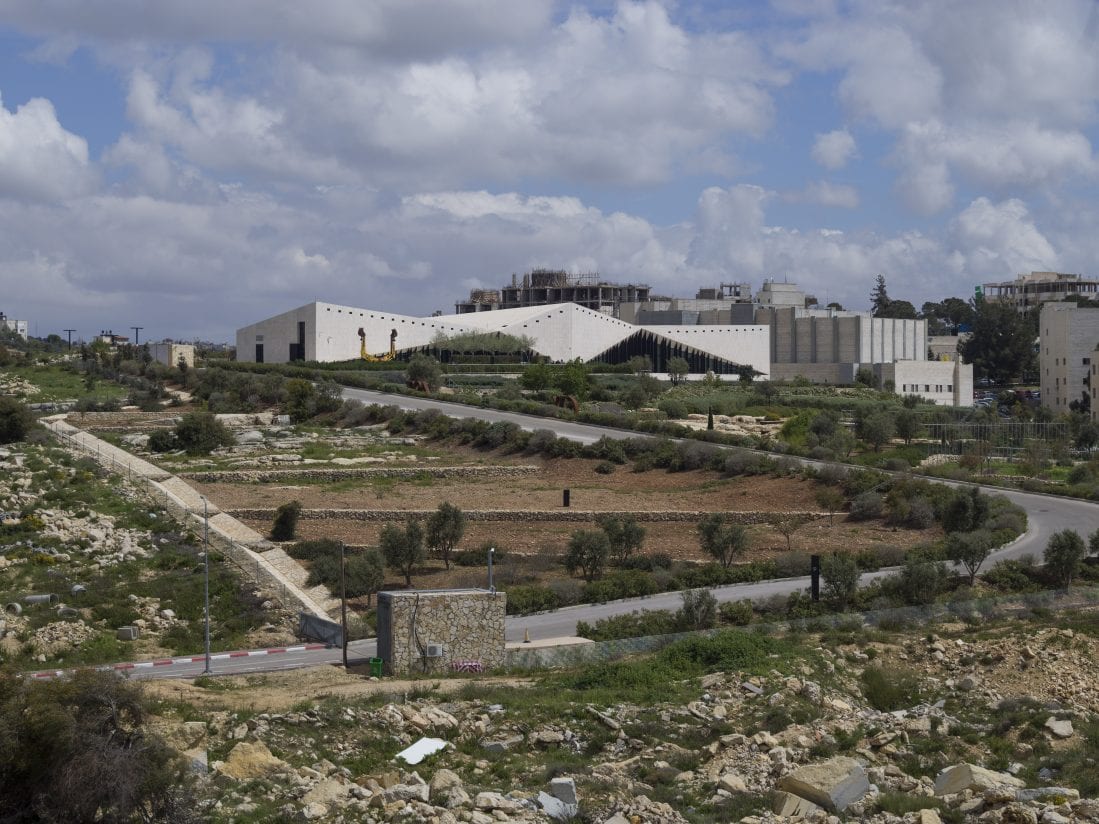 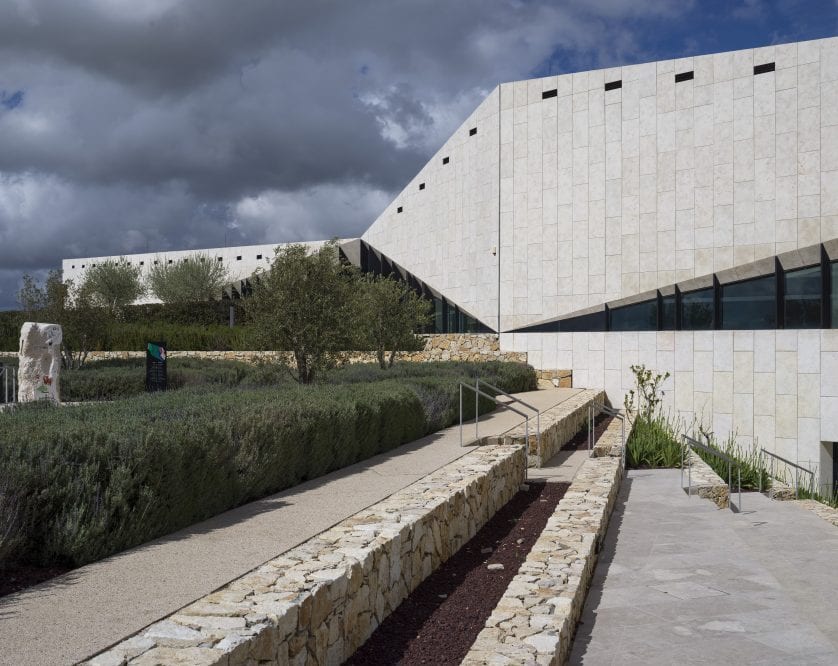 Built to celebrate Palestinian heritage and with a stated aim to ‘foster a culture of dialogue and tolerance’, the museum is a flagship project of Palestine’s largest NGO, with support from nearby Birzeit University.  The site is defined by agricultural terraces formed of dry-stone walls (sanasil) erected by local villagers to adapt the terrain for cultivation. Selected through an international competition, the design takes its cues from this setting and is firmly embedded within it. An access road leads to the top of the hill where approaching visitors glimpse views out of the other side of the building, across this characteristic landscape and to the Mediterranean 40km to the west. The building’s plan is double-wedge-shaped. The main visitor spaces – lobby, exhibition area, glass gallery, shop, café and cloakroom – are at entrance level, limiting the need for vertical circulation. The café, in the north wing, opens onto a paved open-air terrace with further views. A pre-existing hollow in the topography is exploited to provide additional accommodation underneath the south wing, including stores and an education/research centre, leading to a sheltered outdoor amphitheatre.  The zigzagging forms of the Museum’s architecture and hillside gardens are inspired by the surrounding agricultural terraces, stressing the link with the land and symbolising resistance to the West Bank’s military occupation. Palestinian limestone, quarried locally near Bethlehem, is used for both façade cladding and exterior paving, unifying the scheme. The west façade’s masonry is cranked upwards in two places, exposing triangular curtain walls with metal fins whose sizes and locations are carefully calculated to protect the interior from solar glare and heat gain while maximising natural light – one of a number of measures that have earned the building its LEED Gold certification. Internally the Museum’s concrete structure is rough-rendered and white-painted.  The garden is themed to range from agricultural crops at the outer confines to more refined plantings nearer the buildings and is intended to supply the café with typical Palestinian produce. Rainwater from the terrace and amphitheatre is harvested for use in the irrigation and flush systems, and wastewater is treated also for use in irrigation. 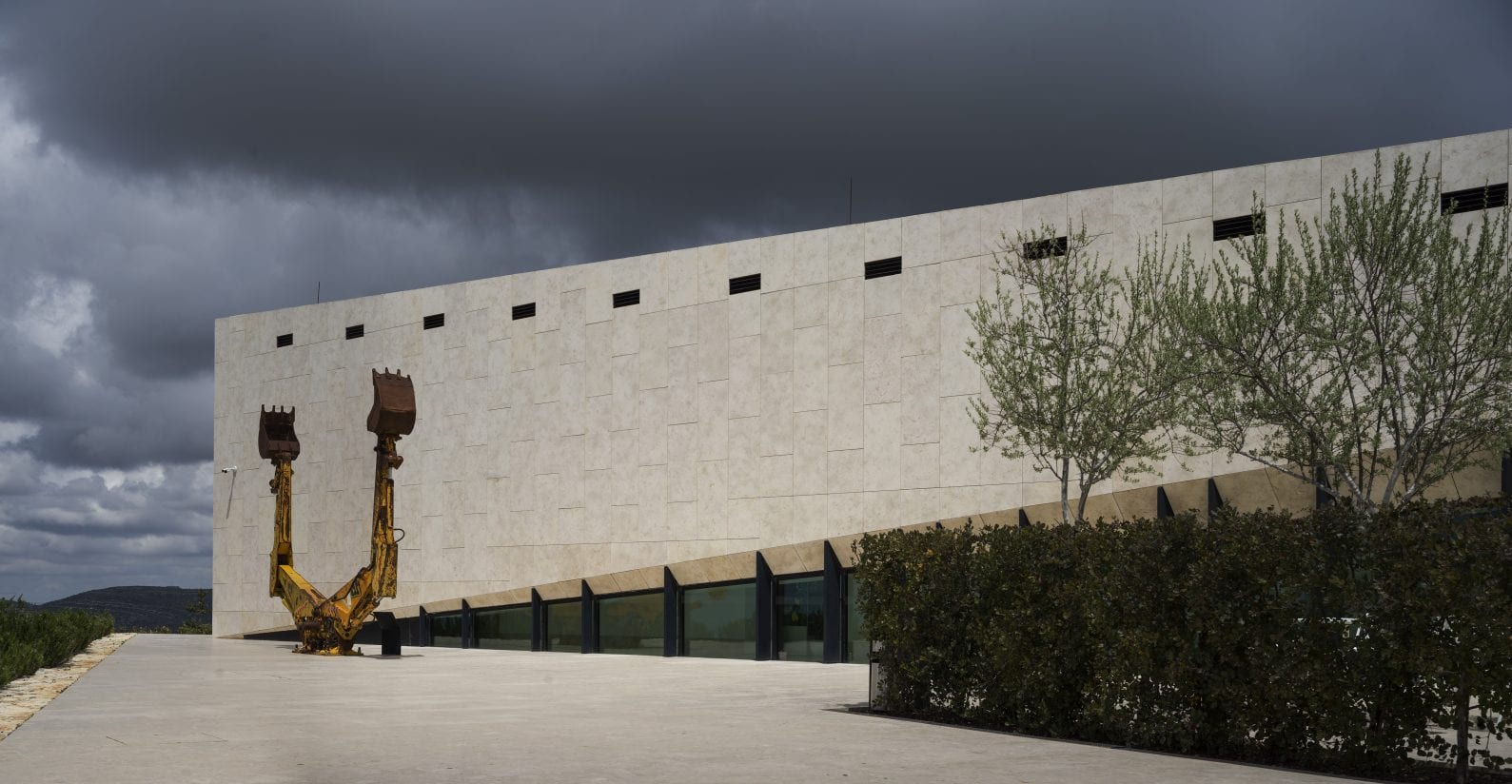 This concept of keeping land as the centre of the design is carried throughout the design of the building, which stands on top of a hill overlooking a rich botanical garden of indigenous species, and faces the inaccessible distant sea and cities of historic Palestine. 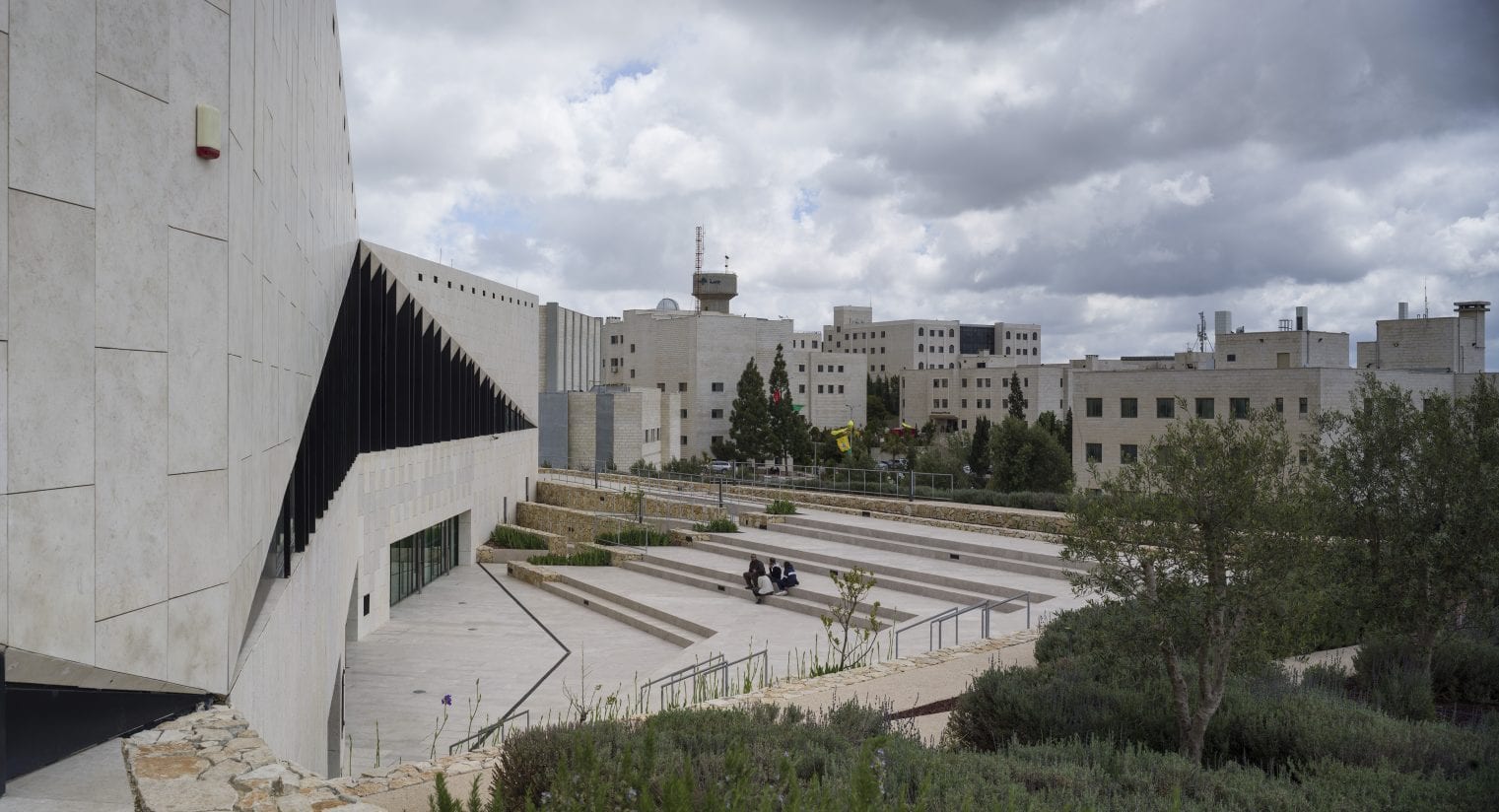 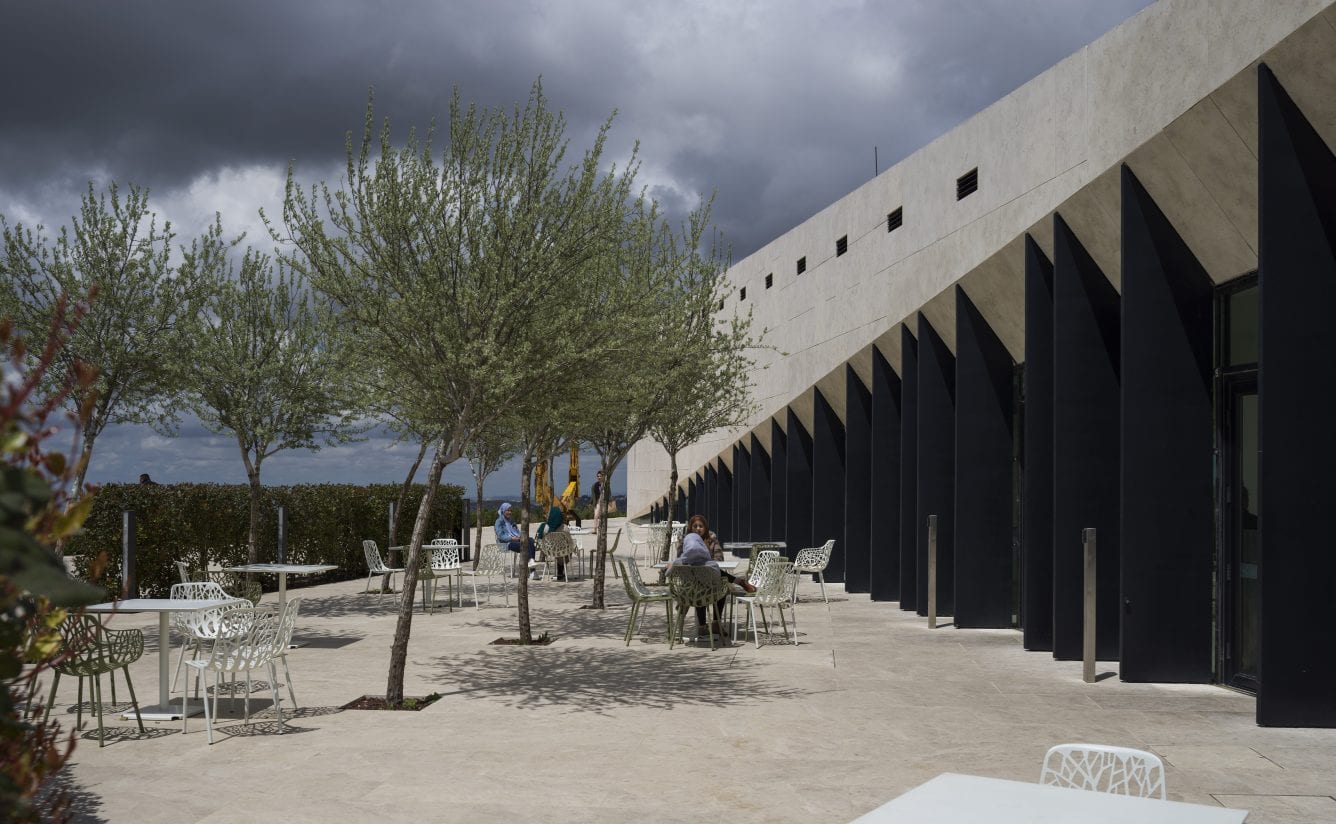 In its integration into the natural topography, the building adopts the age-old architectural language of the region, but does so using a modern geometric language.  It balances a reliance on local materials with the introduction of innovative detailing techniques. 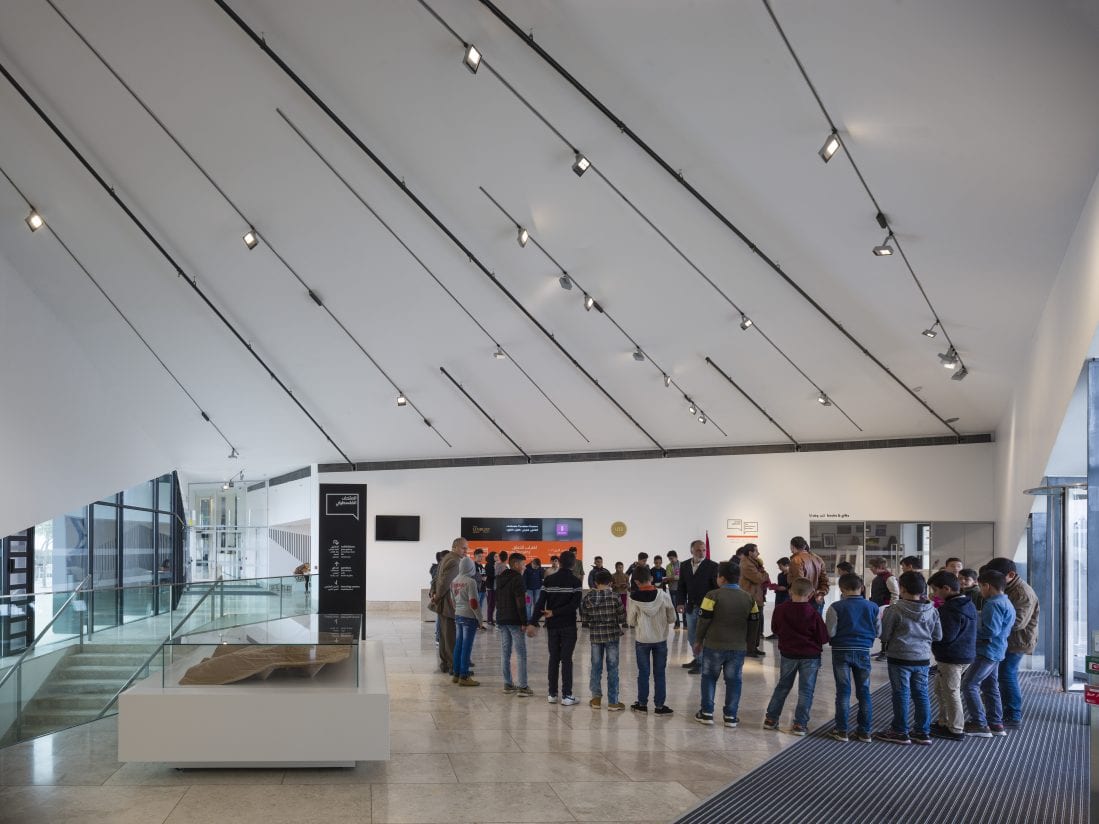 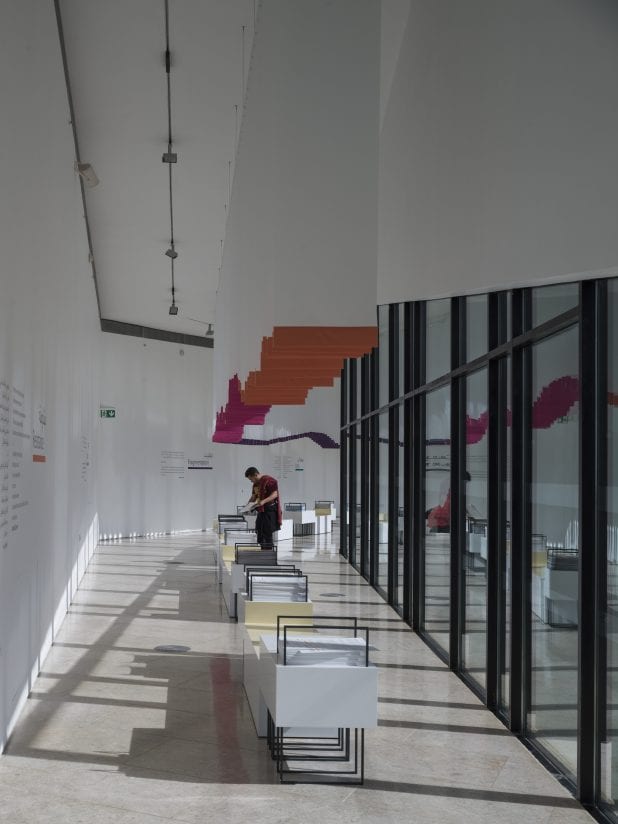 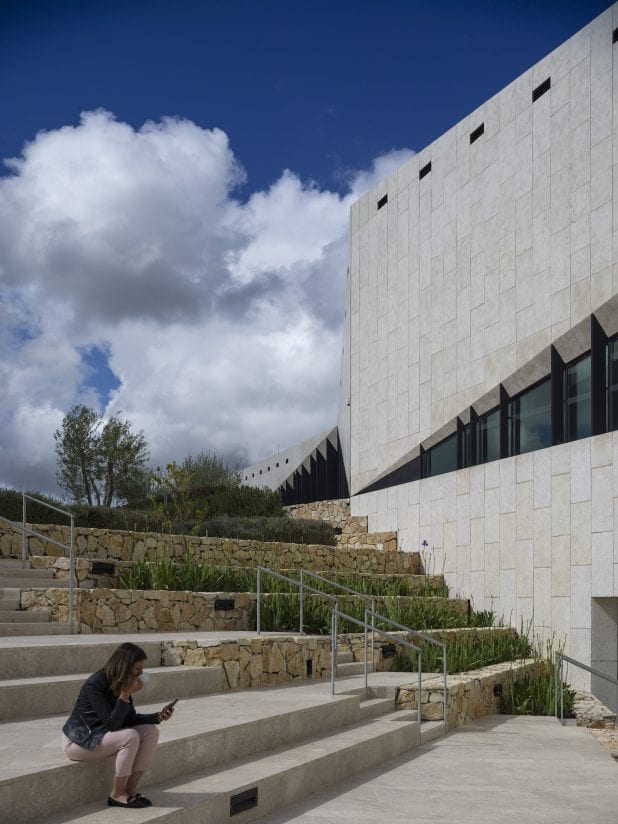 Programmatically, the building displays regular exhibitions that document the history, cultures and ambitions of the peoples of Palestine. Its activities are intertwined with the vibrant educational environment of the nearby Birzeit University. 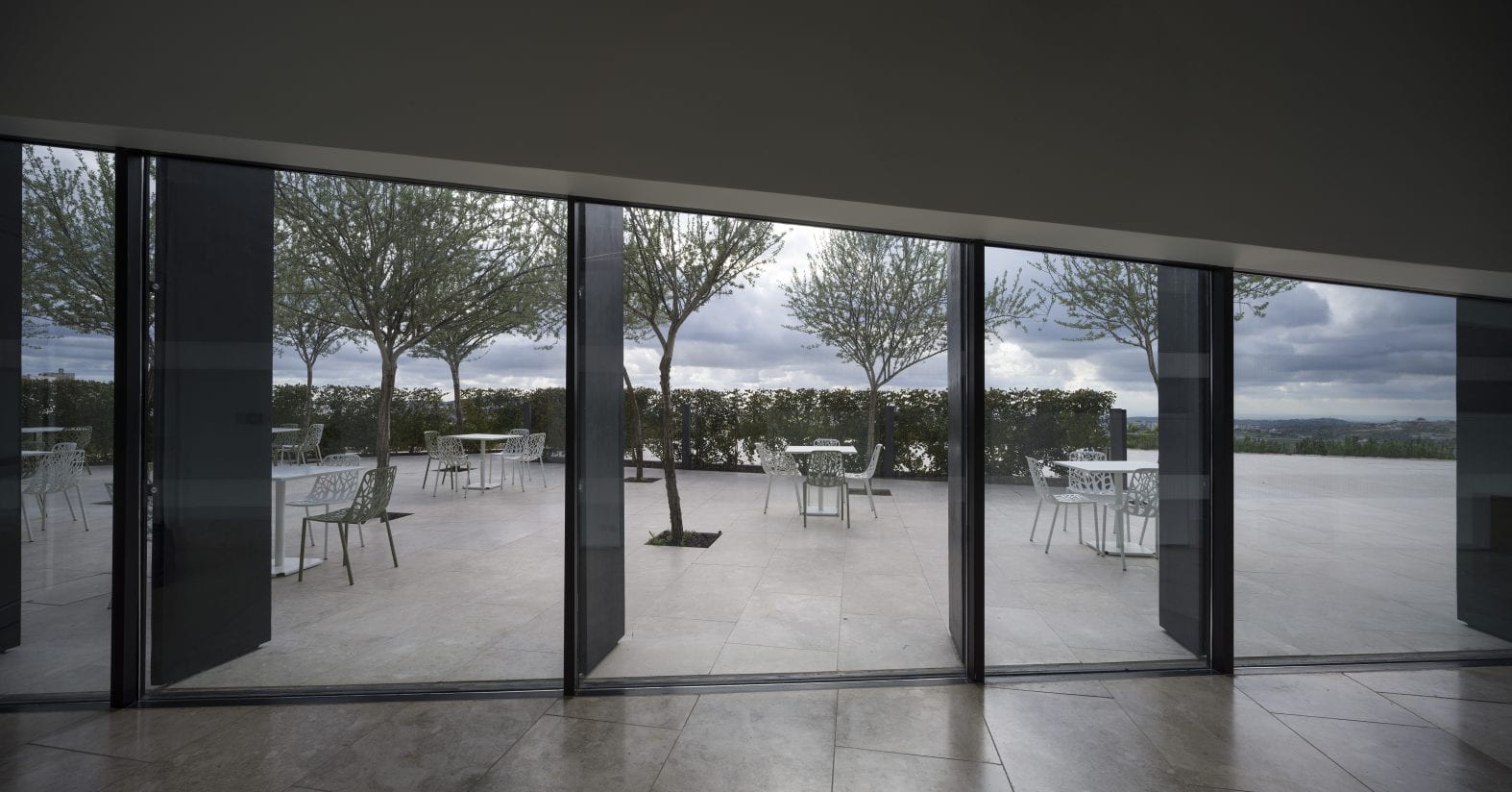 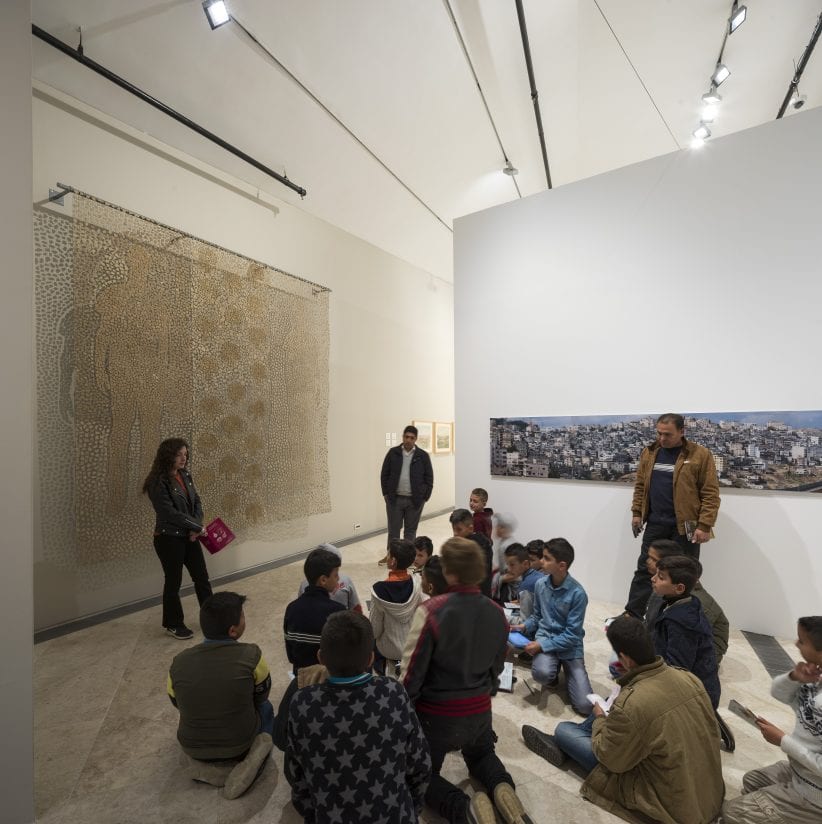 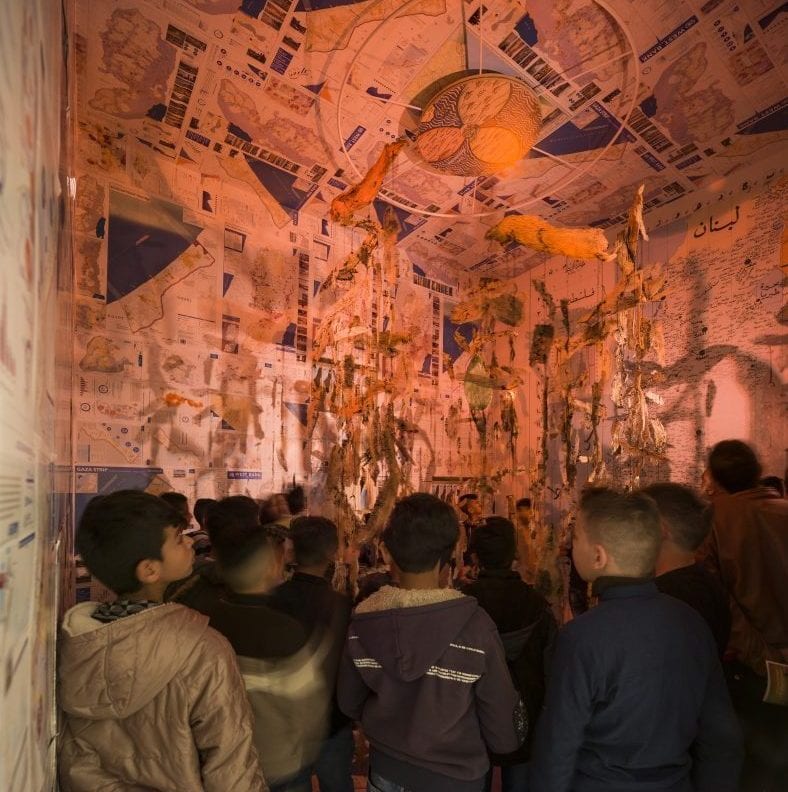 The building’s very existence, its level of detailing and the perfection of its design and specifications – built despite a condition of occupation and siege – can be understood as nothing less than an act of hope for current and future generations, noted the jury of the Aga Khan Awards 2019. 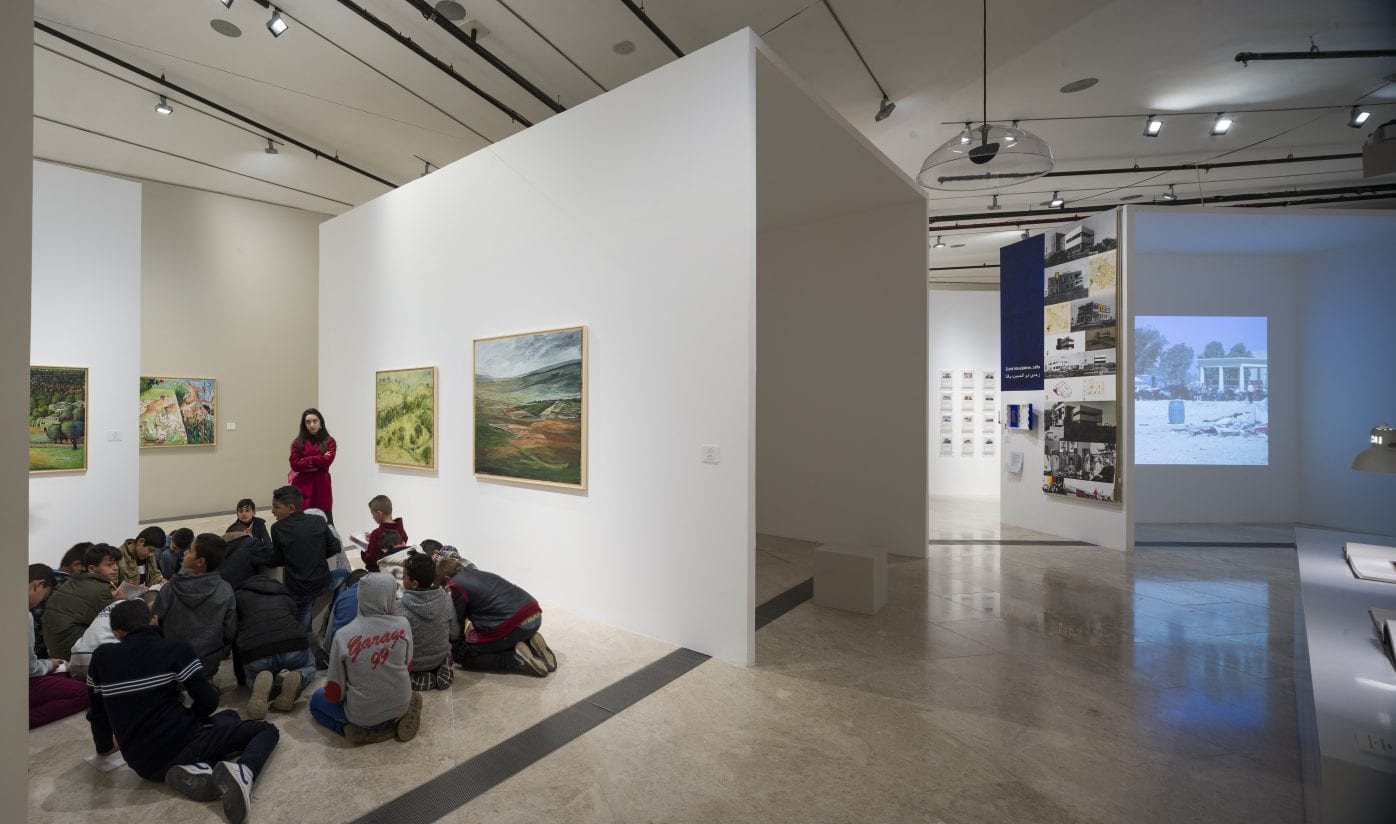 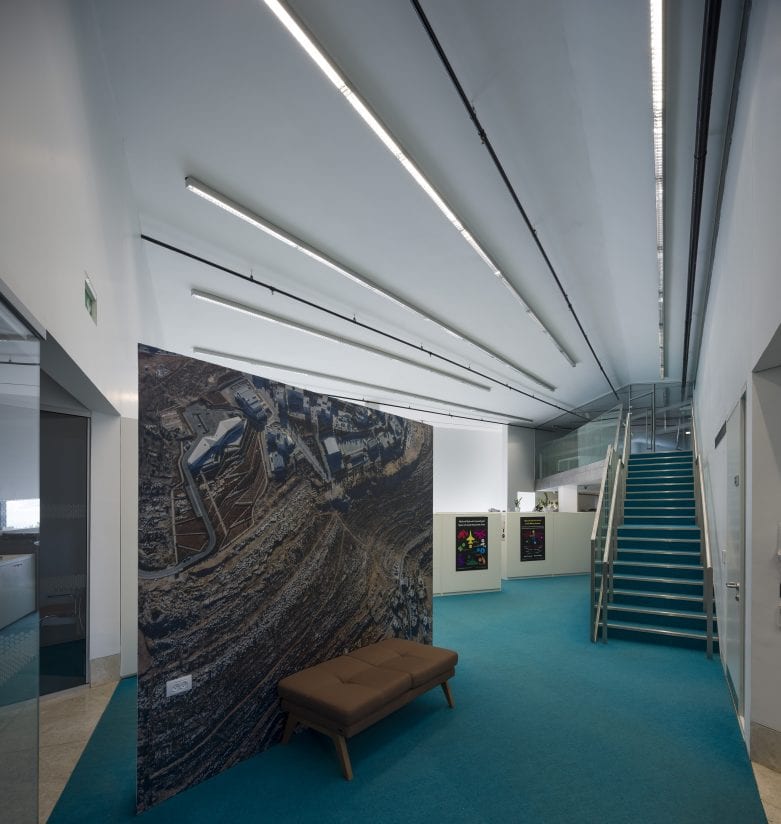 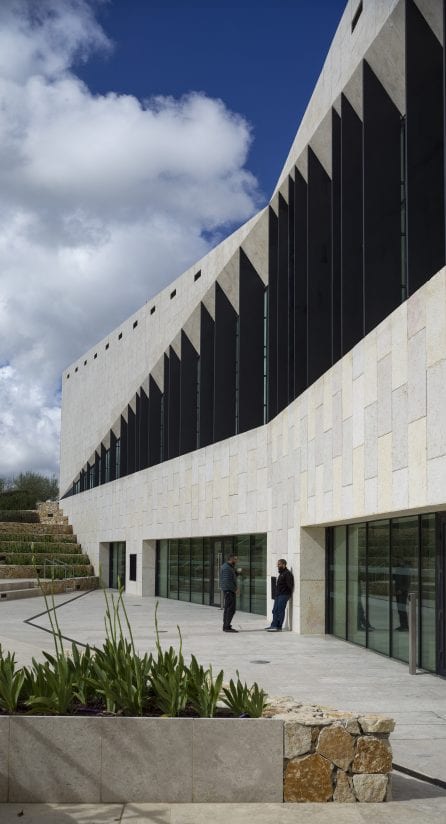 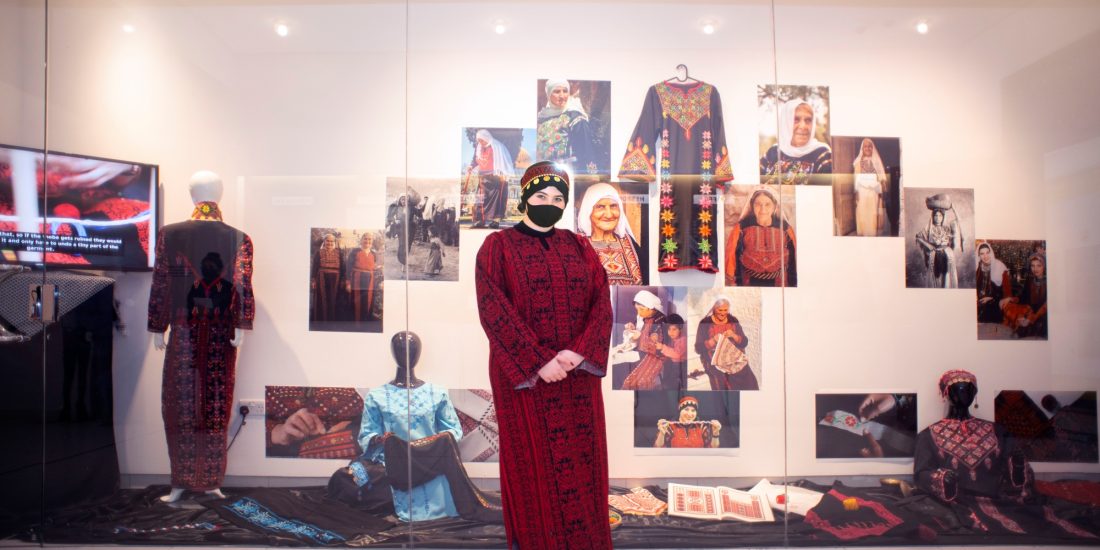 If anyone has wondered how embroidery sounds like, then ‘Extending traditions through the sonification of Palestinian embroidery’