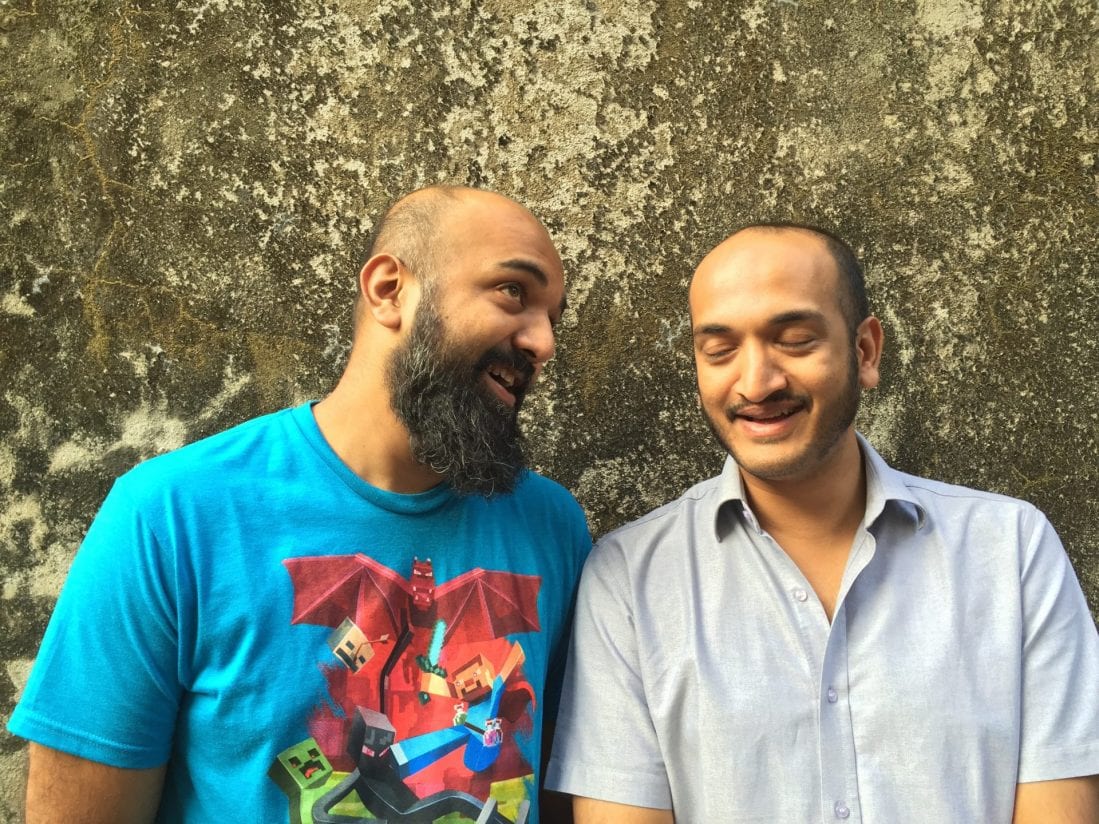 How the Busride Takes the Fool’s Paradise Seriously

Zameer and Ayaz Basrai, founders of The Busride and The Busride Lab based in Mumbai and Goa respectively, engage in a sensitive architecture and design practice which is at work to dismantle the archaic arches of the trade. By Amiya Hisham 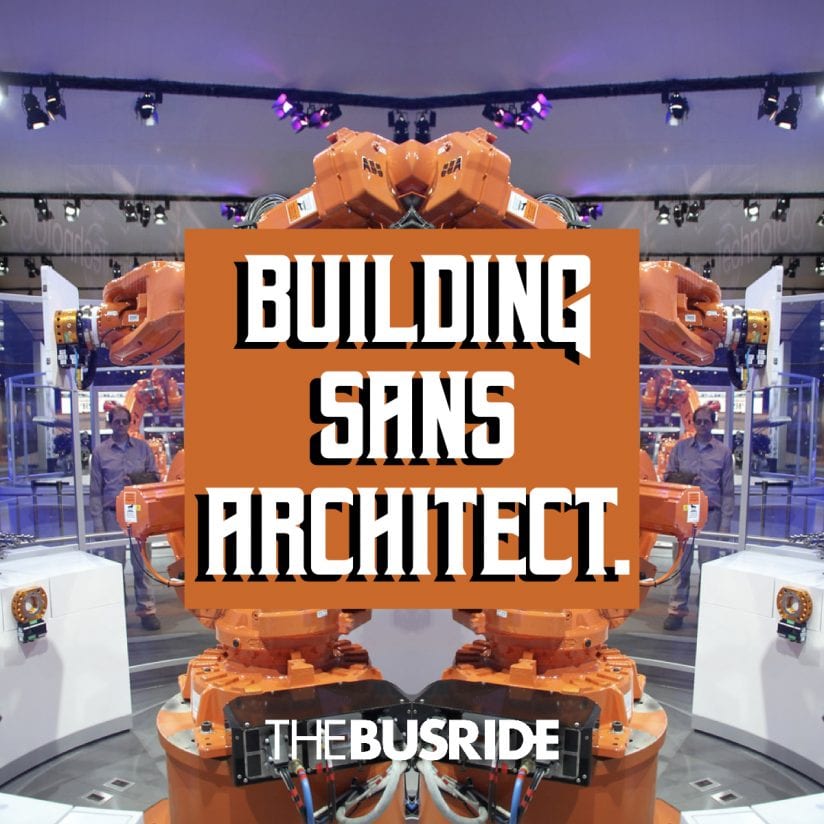 What if you had a ‘dark temple’ to take refuge from internet surveillance and the daily doom-scrolling? What if monuments could be more than their monetary worth? What if our relationship with algorithms turns into a beautiful marriage? Scratch the ‘what if’. The future is here and The Busride is already nostalgic about it.

In the overly ‘informed’ world today there are spectators, there are commentators and then there are speculators. Zameer and Ayaz Basrai, founders of The Busride and The Busride Lab based in Mumbai and Goa respectively, engage in a sensitive architecture and design practice which is at work to dismantle the archaic triumphal arches of the trade. The duo, after a decade of reinterpreting the professional practice shaped by an old playbook, is looking at speculative fiction as a rapid incisive mode of comprehending issues and for meaningful intervention in the Indian context.

While conventional design processes are fraught with a laser-field of constraints, one can only expect to perform a nervous waltz. With speculative fiction, the Basrais turn kamikazes with a wicked sense of humour. It’s wild parkour through extreme scenarios – ‘post-apocalyptic surveillance societies’, a world of ‘centaur designers’ and ‘digital veganism’ to name a few.  In the process, the Basrais draw caricatures of culture, appraisals of luminaries, and autopsies of their own past projects.

The Busride is not distracted by the politics of shiny objects- they’re creative vigilantes with ears to the ground, putting hard data into perspective with lucid visuals and text. They work with people from all walks of life, making subtle observations on socio-politics, knowledge systems, ecology, and the built environment, cross-linking design and architectural thinking with neuroscience, algorithmic trading, governance, AI, and semiotics. A performative quality pervades the questioning – live experiments, writing, graphics, and publishing. Skepticism is weighed with optimism, dreaming is not disparate from data, fear is bypassed by wit, and perspective is gained by speculation.

SCALE talks to Ayaz Basrai on how the practice views speculative fiction as a way to design a desirable future. 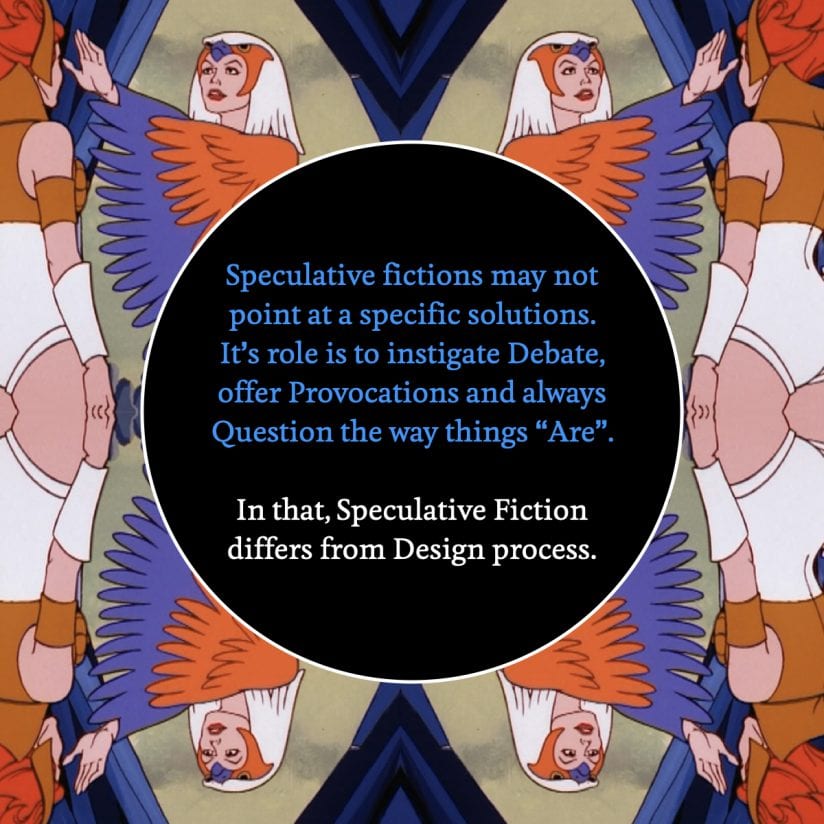 SCALE: Architecture and design are still catching up with problems that have escalated to planetary scales. How do you think our education system can do more to acknowledge the issues that surround us?
Ayaz: This issue strikes at the very core of the optimism I feel about the Future. I think our macro framing of “the structure of thought” itself is undergoing a radical shift.

From the late 60s, where a lot of our educational curriculum stems, there remained a very strong testosterone-driven vision of modernity, where a man was pitted against nature, (Ayn Rand style) to conquer and pillage, to build hero practices that bear our own names, to compete for projects and glory and fame, and all the hubris that comes packaged with it. As we entered the postmodern crisis, where each point has an equal and opposite counterpoint, nothing follows anything, (let alone Form the following Function). The 60s and 70s gave us easy to remember design ideas, strong formal languages, and easy to replicate form languages that contemporary designers are still milking in the name of Le Corbusier and his cousin Pierre Jeanneret. The 90s brought with it polyvalence, effervescence, multi-disciplinarity, confusion, and the profound realization that the world around us is inhospitable, and nature probably hates us.

What the world around us demands us to be is generalists, less obsessed with aesthetic and style and colour, and more engaged with the public domain, global issues and equitable collaborations. But our educational system continually reinforces the 60s values. We’re not taught the tools to form teams, we don’t know how to move beyond hero-practices and create collaboratives and collectives, we aren’t taught to chase value or gratification beyond awards by content-hungry publications or monetary handouts. If the nature of values shifts from reducing the footprints of our projects, to building less and re-using more, to lending our voice to multiple collectives rather than running a single practice, we may find ourselves relevant to culture and the future. We will have to face profound shifts in work atmospheres or go extinct. 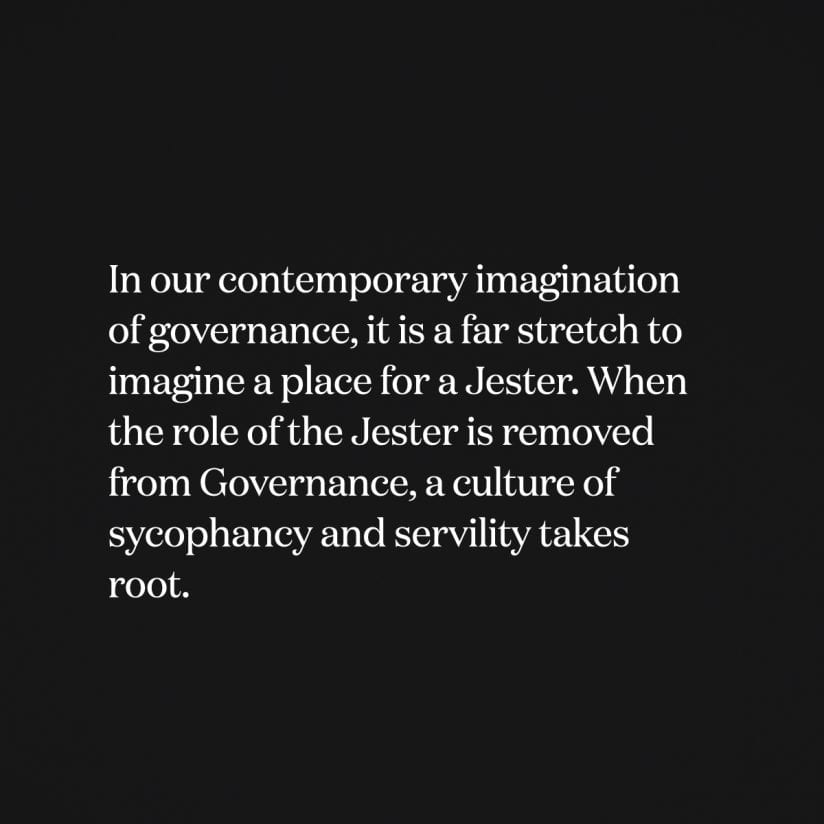 SCALE: What is your comment on the absence of humour and satire in the present rhetoric and the necessity to play the fool?
Ayaz: In design and architecture education we tend to take ourselves and each other fairly seriously. There has been a great movement to cast the role of the architect in society as a serious one, continually speaking the language of curators (which is a way to charge more), and wrap ourselves in various monologues, ranging from the Japanese far eastern mystic, to the more opulent renaissance-speak of Florence, the more esoteric, the harder to pronounce the better.

We’ve dug a deep hole for ourselves, and the statistics speak for themselves. In 2017, Finn Williams reported in Dezeen “According to the RIBA (Royal Institute of British Architects), only 6% of new homes in the UK are designed by architects. That means, last year, over 200,000 homes were built in England without the input of an architect. Meanwhile hundreds of practices compete to design a single museum.” One can fathom a guess about the state of public domain work in India. Our cities look the way they do because we’ve built pleasure palaces behind high walls, and are willing to pay the price of apathy. This situation is unsustainable at best, and suicidal at worst. We’re definitely part of the problem.

Throughout history, Royal courts have benefitted from the services of the Court Jester. Amongst his/her many duties, including entertaining the monarch with outrageous and borderline blasphemous utterances, the jester enjoyed the unique privilege of having the ear of the king. He could speak the Truth to Power, in a way to, through Wit and Satire, influence his actions and guide him away from huge blunders in a way nobody could. We’ve all grown up with Akbar and Birbal stories. We’d like to take a stab at being the court jesters for Design and Architecture. God knows we need to lighten up and take a hard look at ourselves, or society and culture will bypass us completely while we fuss over the exact texture of a wall of a darkened pantry. 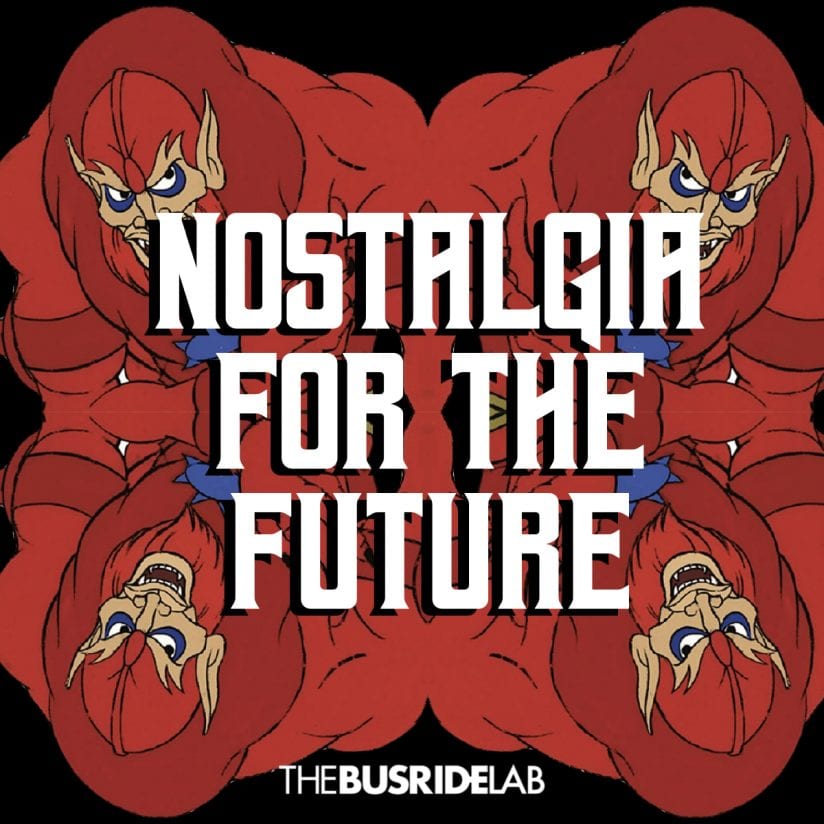 SCALE: World over we’re looking at tendencies that privilege homogenization and tribe behavior in shaping power structures, culture and societies. What is your take on splitting the monolithic narrative into the spectrum?
Ayaz: Another old metaphor we’ve been stuck with, maybe even from the beginning of theory and thought, is the deep-rooted metaphor of the Tree. We create (what Deleuze and Guattari refer to as) tree-like thought structures in the mind, a central hypothesis, and a branching structure of deduction and induction that emanates from the trunk. We create Problem-solution, If-then framing, causal loops galore, to build on the large “arborescent” structure. This is no longer valid.

What our contemporary reality needs us to embrace is “Rhizomatic” thought, being able to hold simultaneities and adjacencies loosely in the head, and creating vast navigable topographies of thoughts, not narrowly defined flowcharts. What this really comes down to is to collapse ALL binaries into Spectrums. We’re already seeing this in Gender, in mapping the Autism spectrum, in Design approaches, in genres of Music. Hybridisations and fluid spectrum-like categories abound in almost all fields which were traditionally considered binaries.

I believe it is the role of designers to help expand and populate these spectrums with viable design ideas, to forever bid farewell to the tyranny of binary. Mono Narratives cause wars. Poly Narratives encourage dialogue. When dialogue collapses, under the watchful gaze of myopic leaders who commit themselves to the 5-year election cycle, there is the constant creation of “fear of the other”, in order to polarize and create echo chambers. While we’re jumping from one side to the next, forced to choose within the illusion of choice, things play out behind the scenes oblivious of the circus of our media environment.

Our current practice tries to look to the year 2035, to create a uniquely Indian Future for us to populate. Like the present, the future will be messy. It’s not a single destination, a Mono Narrative, or even an inevitability. Our imaginations of the Future will physically SCULPT this Future. 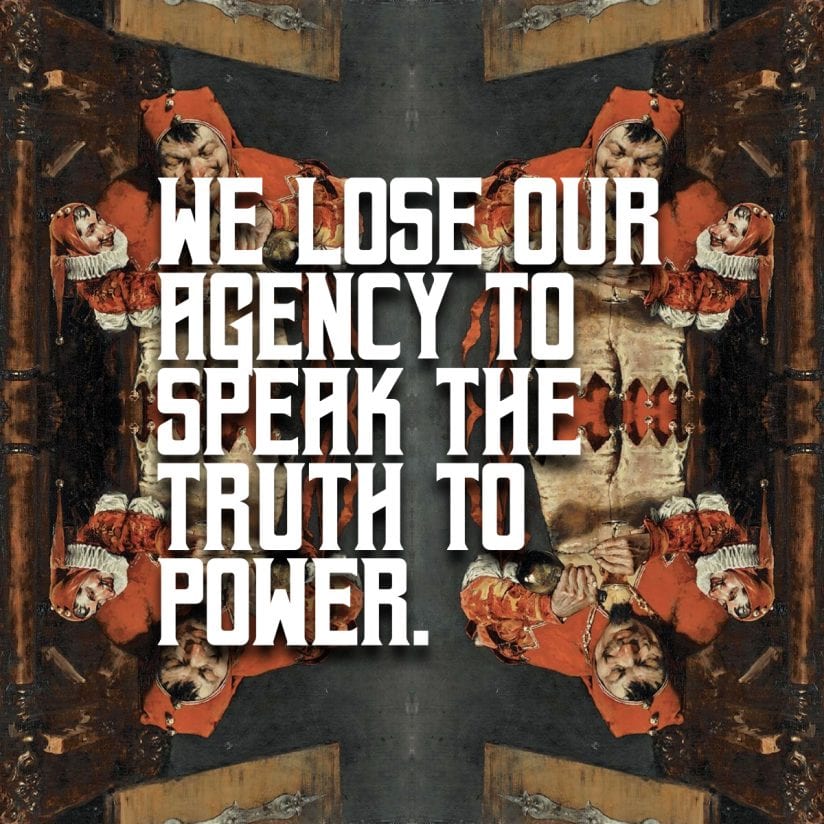 SCALE: How can speculative fiction be a balm and preventive in ‘designing the future’?
Ayaz: Speculative fiction will soon become a tool in the designer’s expanding arsenal. One of the issues with Design and Architecture is its slow response times, by the time we manifest projects it’s already a couple of years behind. And in the way our culture machine churns, a few years is a lifetime ago.

Speculative fiction offers up the opportunity of the quick iteration, that’s put out as a provocation, or fake news, for us to gauge the response. Within design, we also tend to engage with a middle of the spectrum, and many things contribute to this. Timelines, availability, access, budgets, misaligned visions, all contribute to the end output, which tends to then get mediated by all these constraints.

Within speculation, your imagination is the limit. It’s very refreshing and eye-opening to project how things can go really well, or go horribly wrong. In storytelling at the extremes, we can push the limits of our culture, engage in uncomfortable truths, poke fun at ourselves and others, and create a lot more provocative scenarios than our everyday practice allows for. 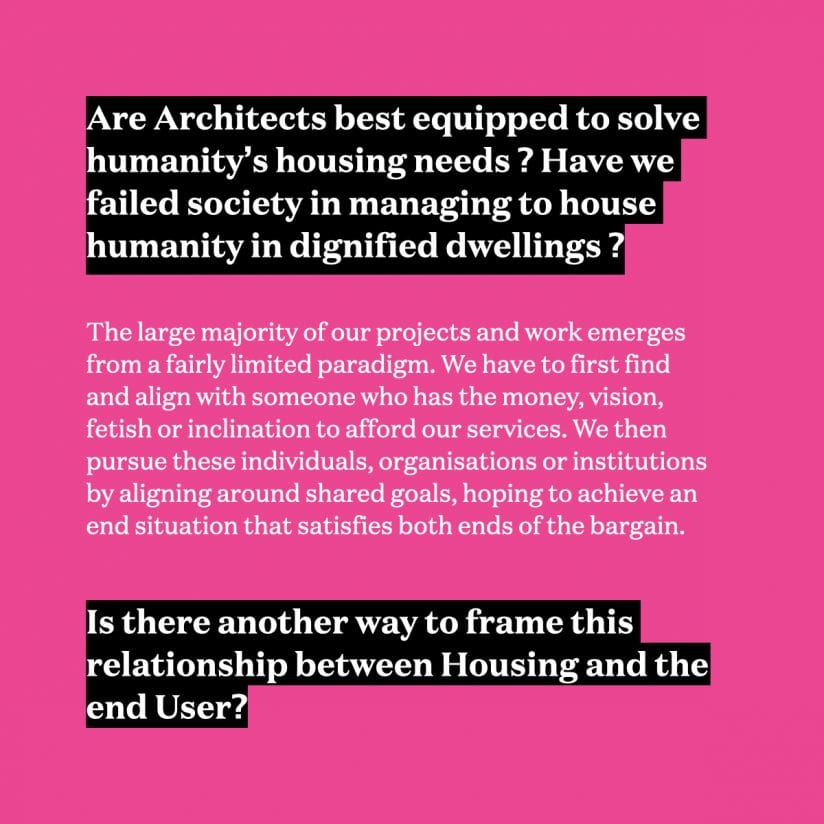 SCALE: What is the importance of open-sourcing these ideas?
Ayaz: We’re also taught in design school about the paranoid protection of IPR, or the intellectual production of our minds jealously against infringement and copying. You can see the ripple effects of this paranoia in the classroom itself, with a far reduced culture of sharing, openness, and some sort of domicile fiefdom over ideas that are essentially meant to be shared. The regressive regime of patenting and keeping ideas locked down costs lives, in the case of life-saving drugs, or disrupts livelihoods and affects economies in the case of agricultural grain and farm output.

While the world is moving ‘copyleft’, it’s critical for us to get on board with open-source culture, and learn from younger organisations (a big shoutout to ARC.HV and other collaboratives) who are taking this a lot more seriously than the older practices. The maker movement has taken over much of traditional commerce, and is fundamentally changing the way we look at black-box electronics, algorithms, or even design processes.

Designers and Architects used to the black box paradigm would have to quickly shift to this new reality and initiate as much information transfer as possible. Life is really too short to hoard ideas, and the pandemic is probably showing us this in the most succinct way possible. It’s also weird to see contemporary practices scorn the Maker movement, let’s not forget, God is a Maker!