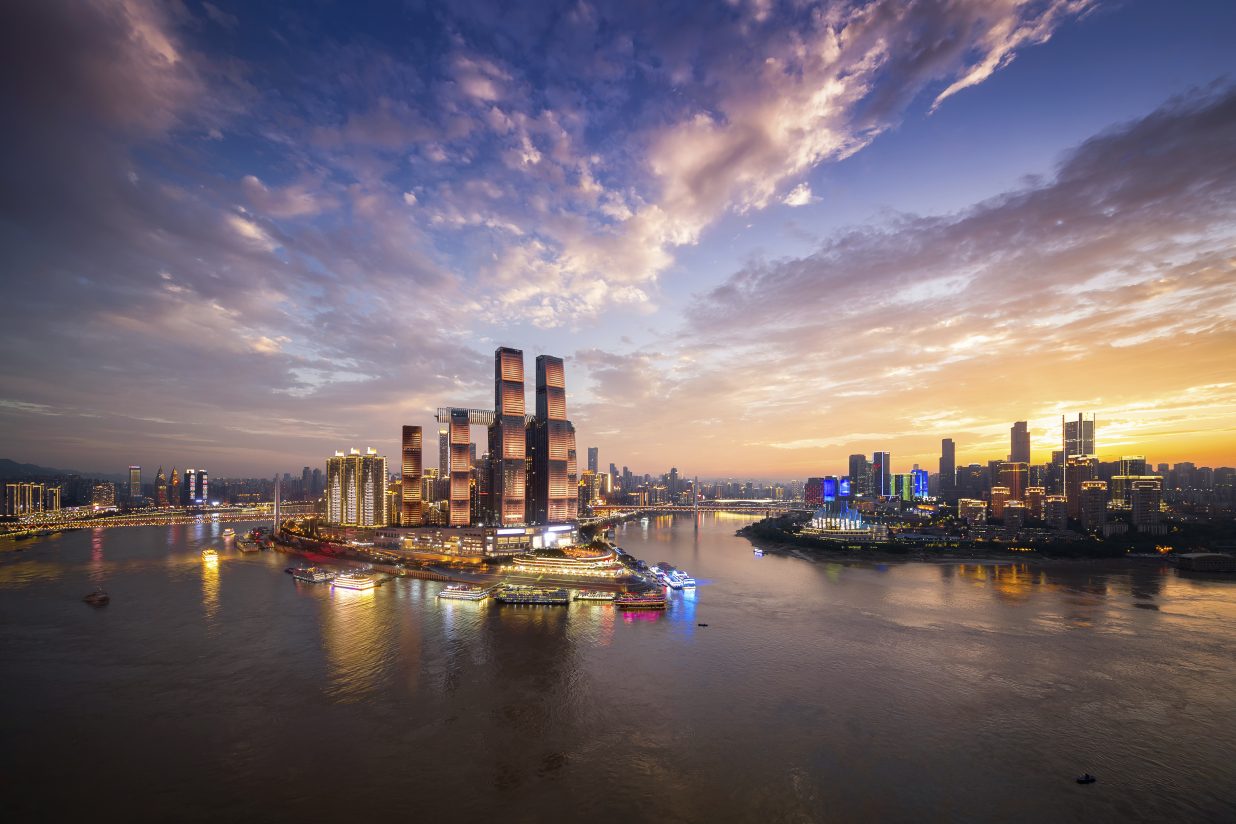 The Bridge Across the Skies

Opening in phases is Moshe Safdie’s monumental Raffles City Chongqing — a 1,127,000 sq metre, mixed-use complex, that stands at the confluence of the Yangtze and Jialing Rivers. The opening culminated with the completion of The Crystal, a 300-metre-long ‘horizontal skyscraper’ built at a height of 250 metre. 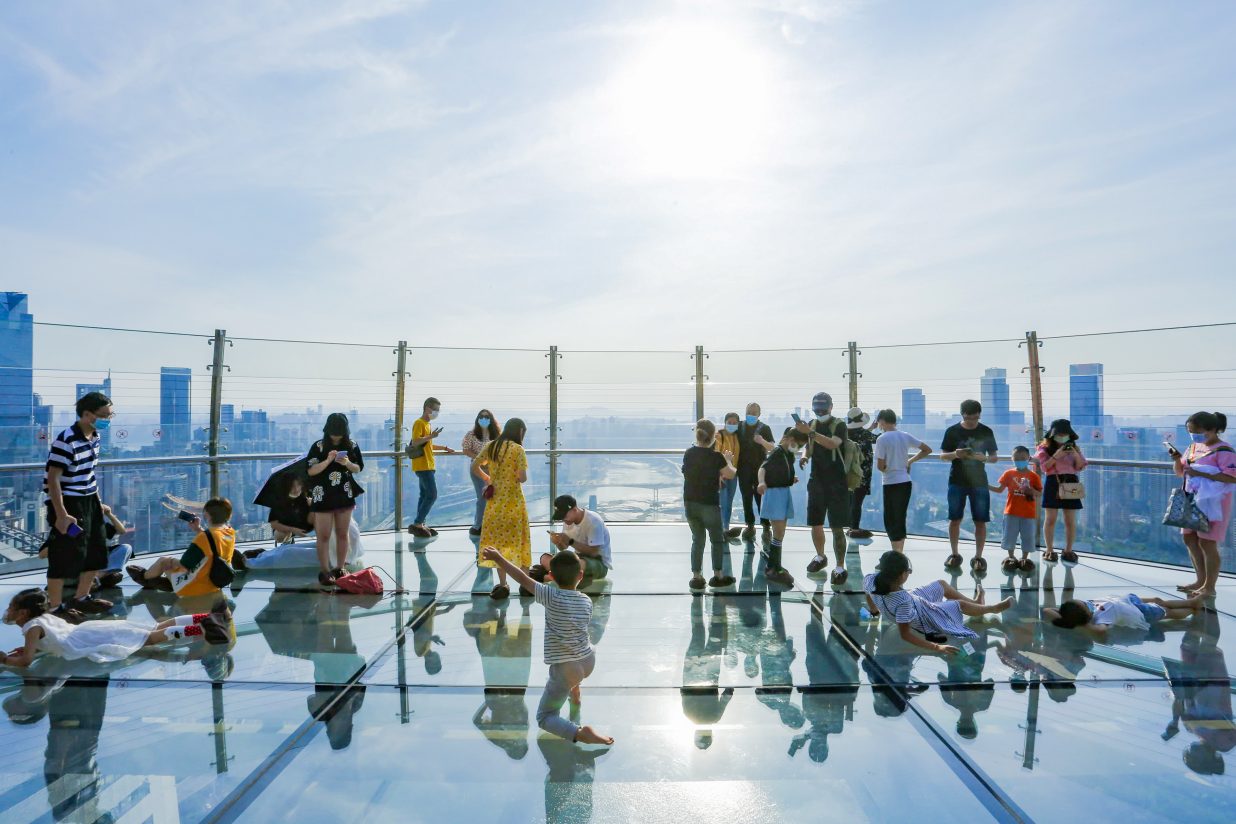 Placed strategically in a historic site in Chongqing, at the edge of land and touching the water, this humongous tower rises to the skies envisioned as the mast of a ship. Like his very first revolutionary concept of having a garden in every apartment in Habitat 67, Safdie introduces his version of man-made nature 50 stories up. Enclosed in a 300-metre-long glass-enclosed tube that the developers have named The Crystal contains a sky park which houses trees, gardens, and swimming pools for hotel guests, as well as a public observatory. 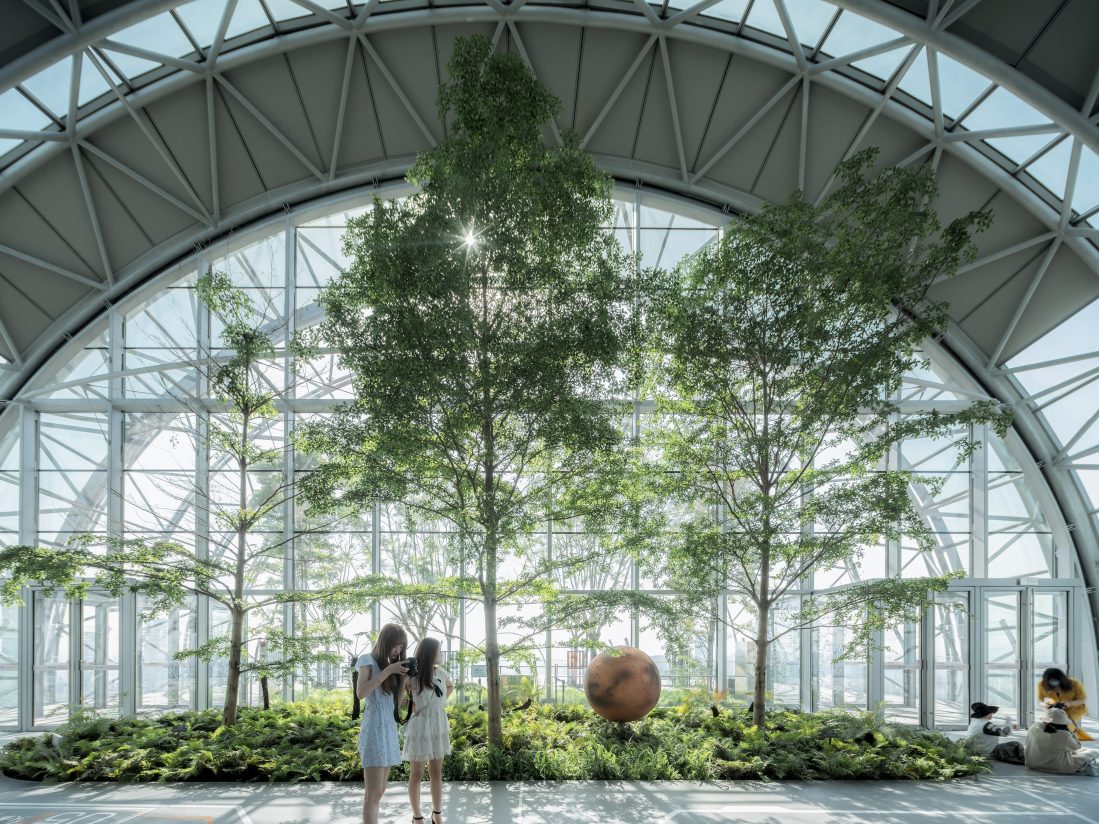 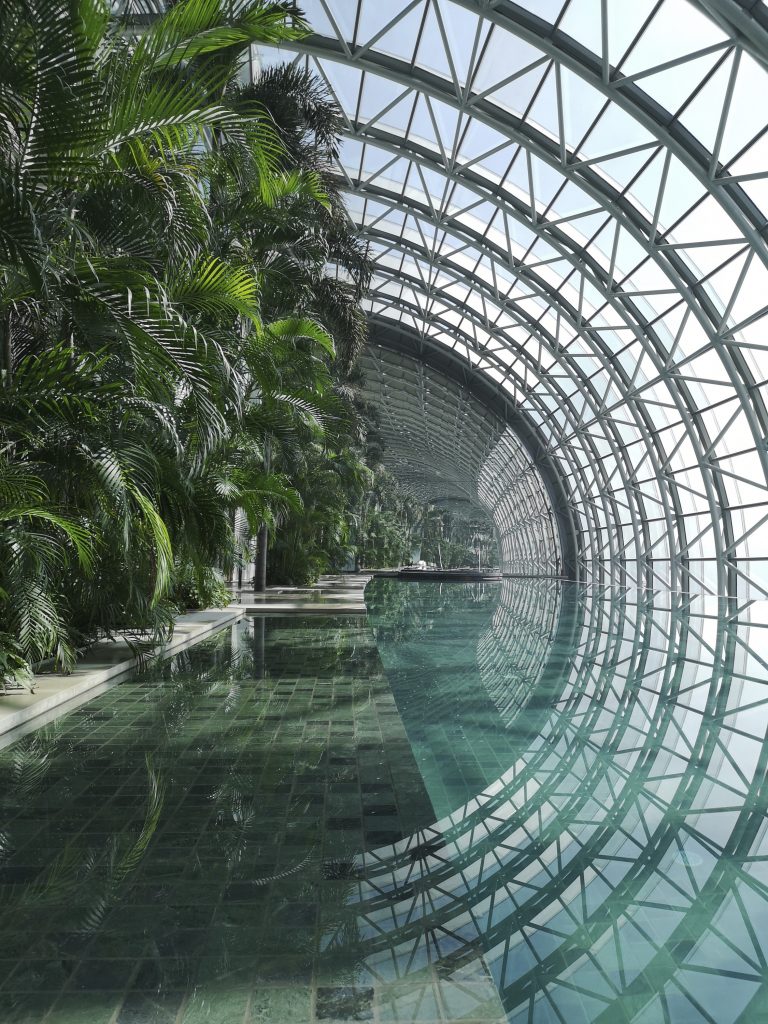 Safdie feels that people are hungry to be with nature in the city in any form they can get it.

The planning of the building has a story to tell too. Projects of scale and density can easily be overbearing and imposing, impenetrable, and seems to turn their back on the cities of which they are part of. 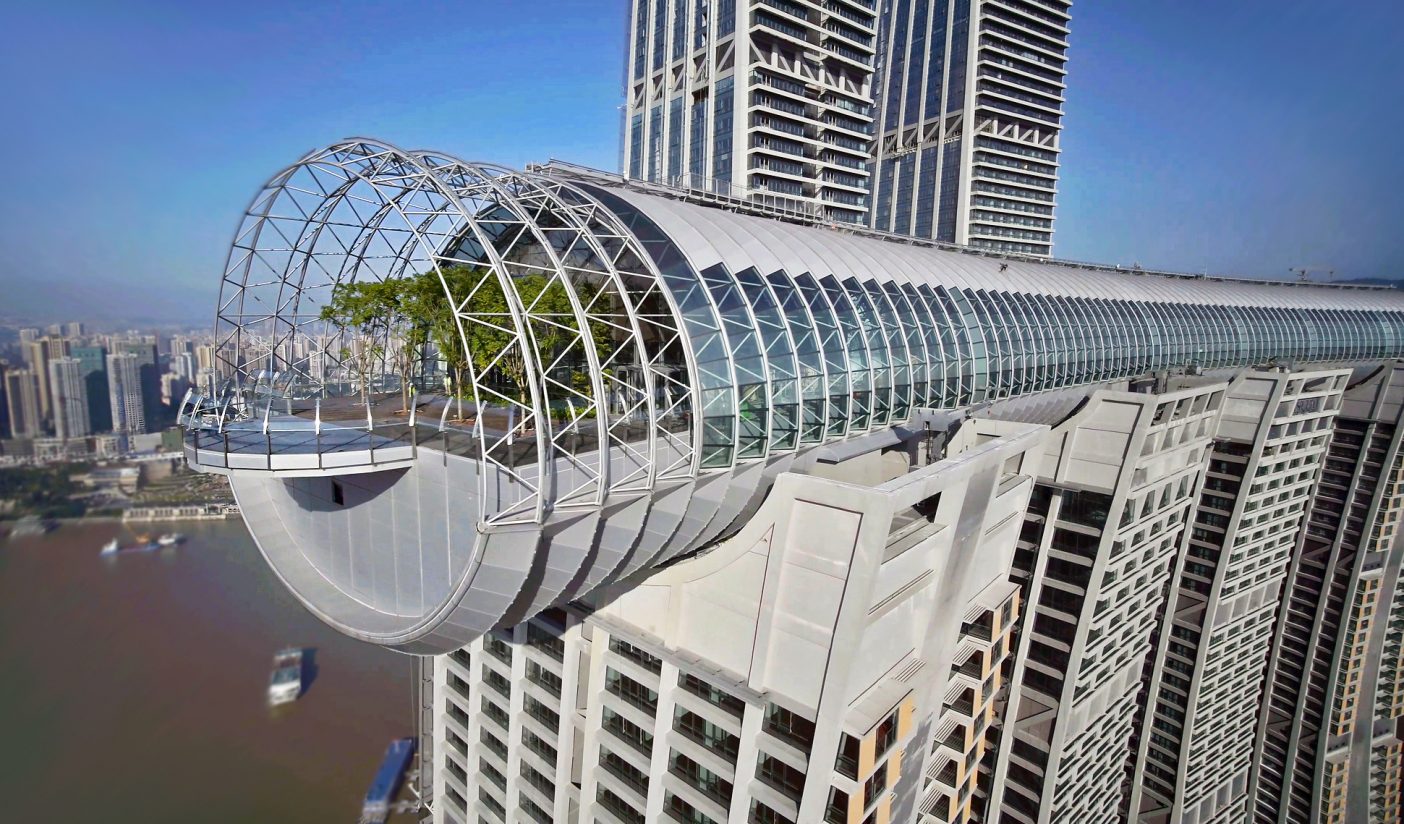 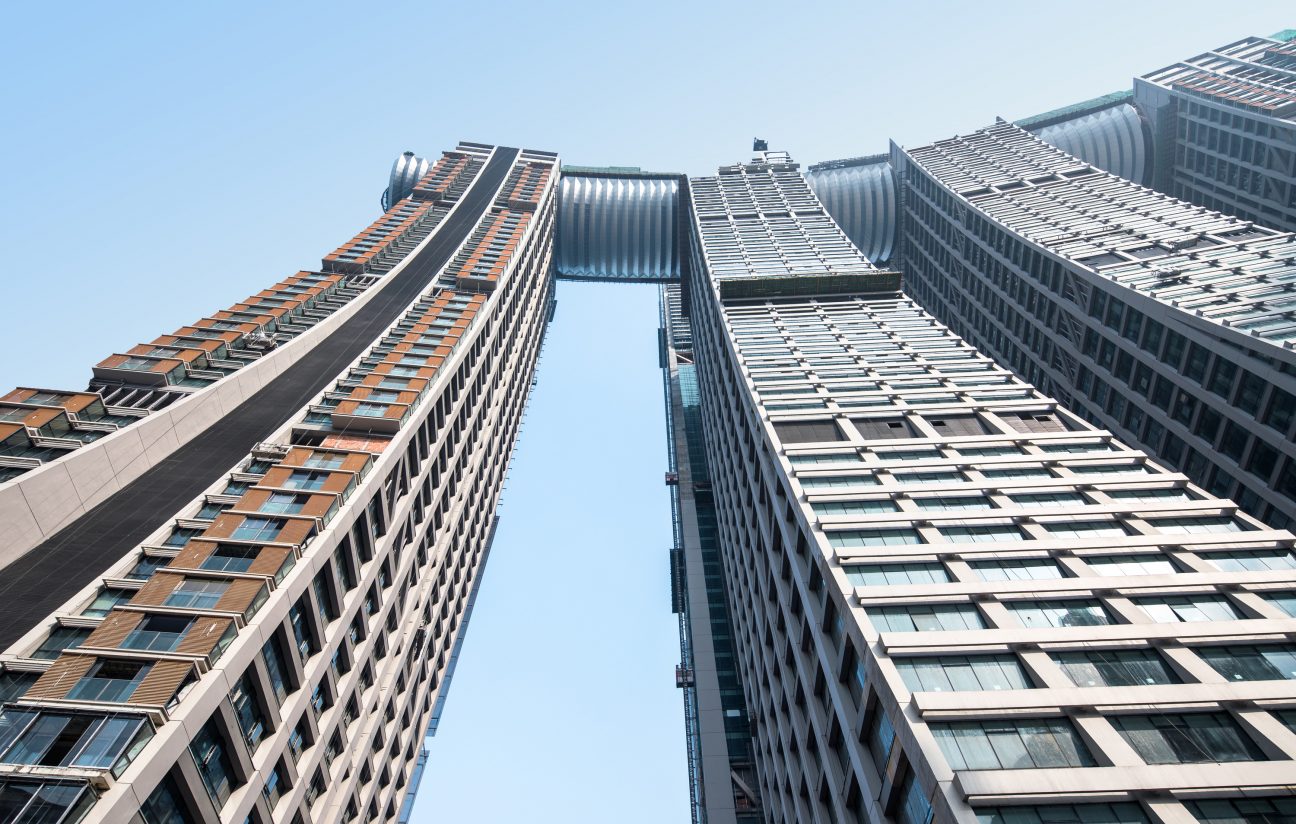 “Raffles City Chongqing, although vertically organized into a series of towers, strives to connect to the city’s existing network of streets and systems. It also transforms the site podium into a network of public and open spaces. Additionally, a sky conservatory, which bridges between four towers, draws the active public life high up into the project,” explains the architect.

This historic site in Chongqing is located at the center of the city, in the heart of a densely developed existing city infrastructure. “We carefully studied and incorporated the city street organization, engaging the historic shopping streets and using their organization to help arrange and bring order to the complex programming of the project.” 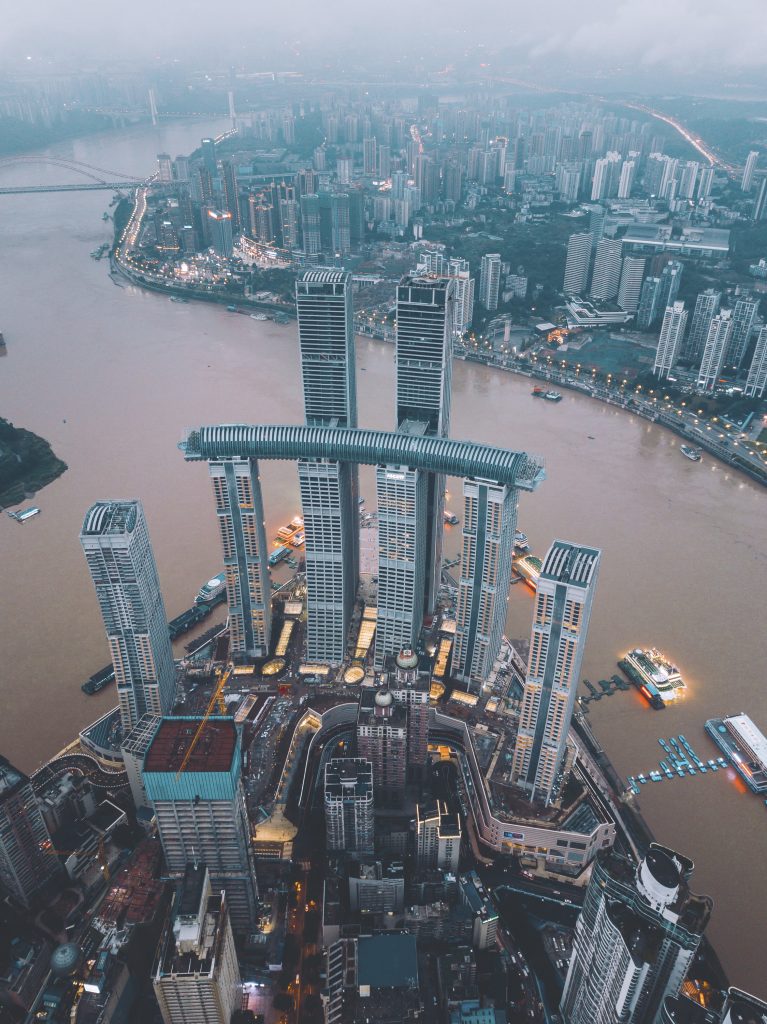 Filling the site is a podium building of six above-grade stories, which houses some 220,000 sq m of retail space, as well as subway, bus, and ferry terminals. Over the podium, a public park and private residential gardens are created, with direct access from the city on the southern end of the site. Atop the podium, eight towers rise up, with six of southern towers reaching 250 metre and the two northern towers topping out at 350 metre. The towers are a mix of uses, comprised of residences, high-end luxury residences, offices, service apartments, and hotel programs. 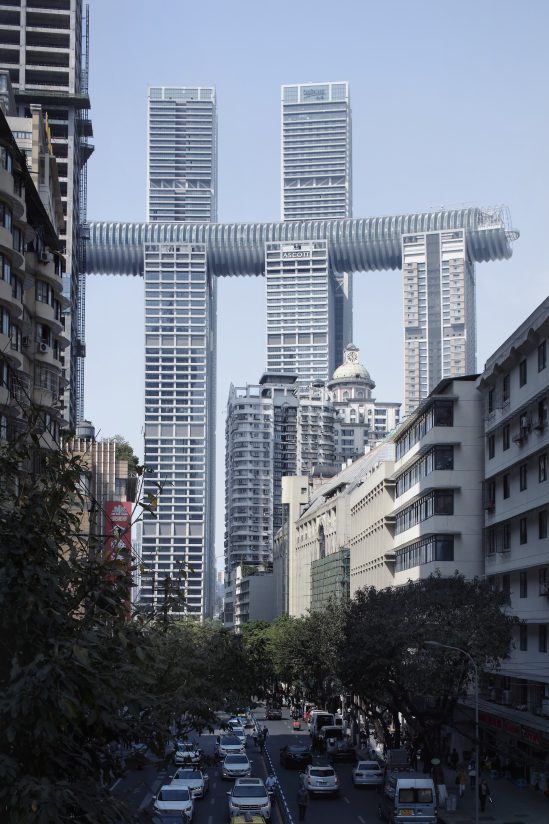 Talking to another publication, Safdie mentions that architects will have to address issues as higher density, urban mega-scale, new kinds of transportation, new materials, and construction techniques. “Improving the quality of the public realm is central. Finding ways for connecting towers will become more and more important. In the future buildings will be connected by bridges for parks, public programmes, and just better connectivity,” he says. And it is this same philosophy that he practices in this complex, with diverse programme elements distributed across eight slender towers, soaring above a retail podium. The entire podium is a landscaped platform, offering a respite for city residents, and offering excellent connectivity. The multi-level podium provides a new multi-modal transit hub for the city, linking directly to the metro, bus, and ferry terminals. 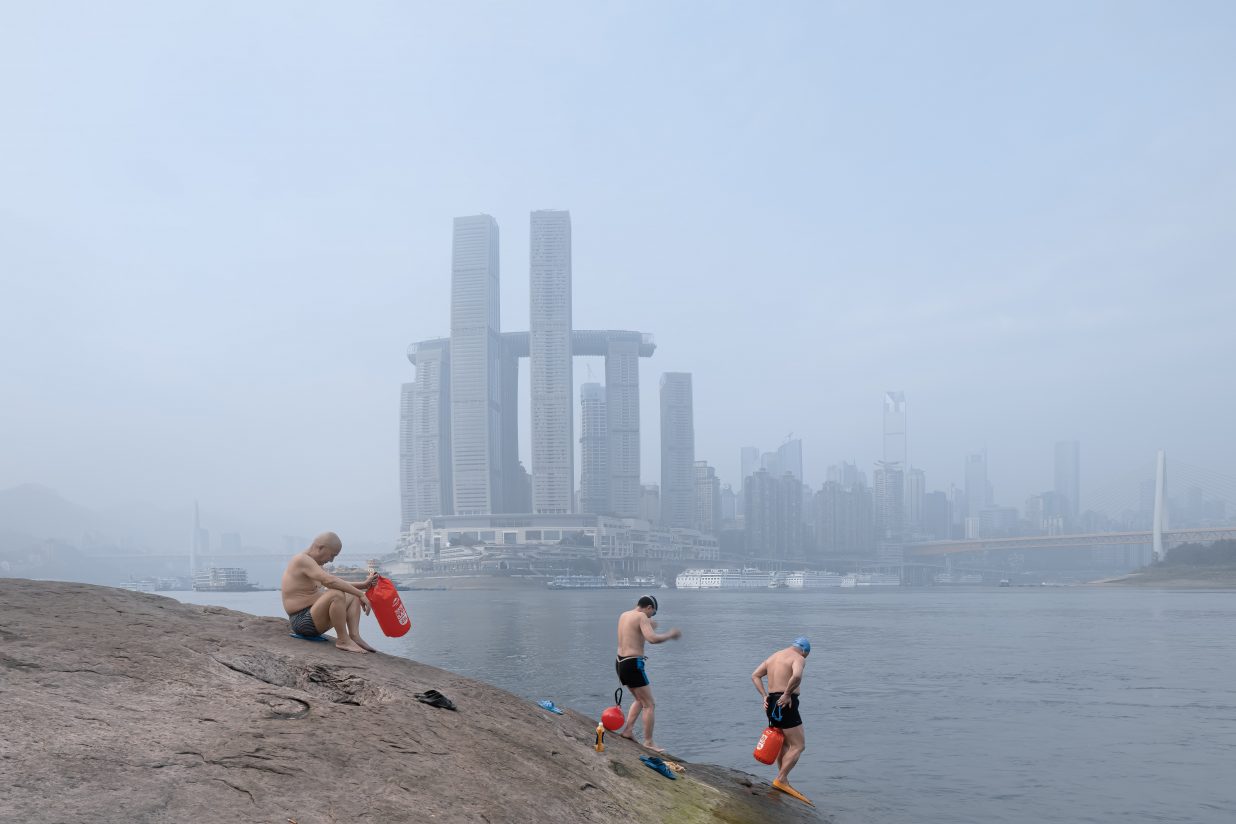 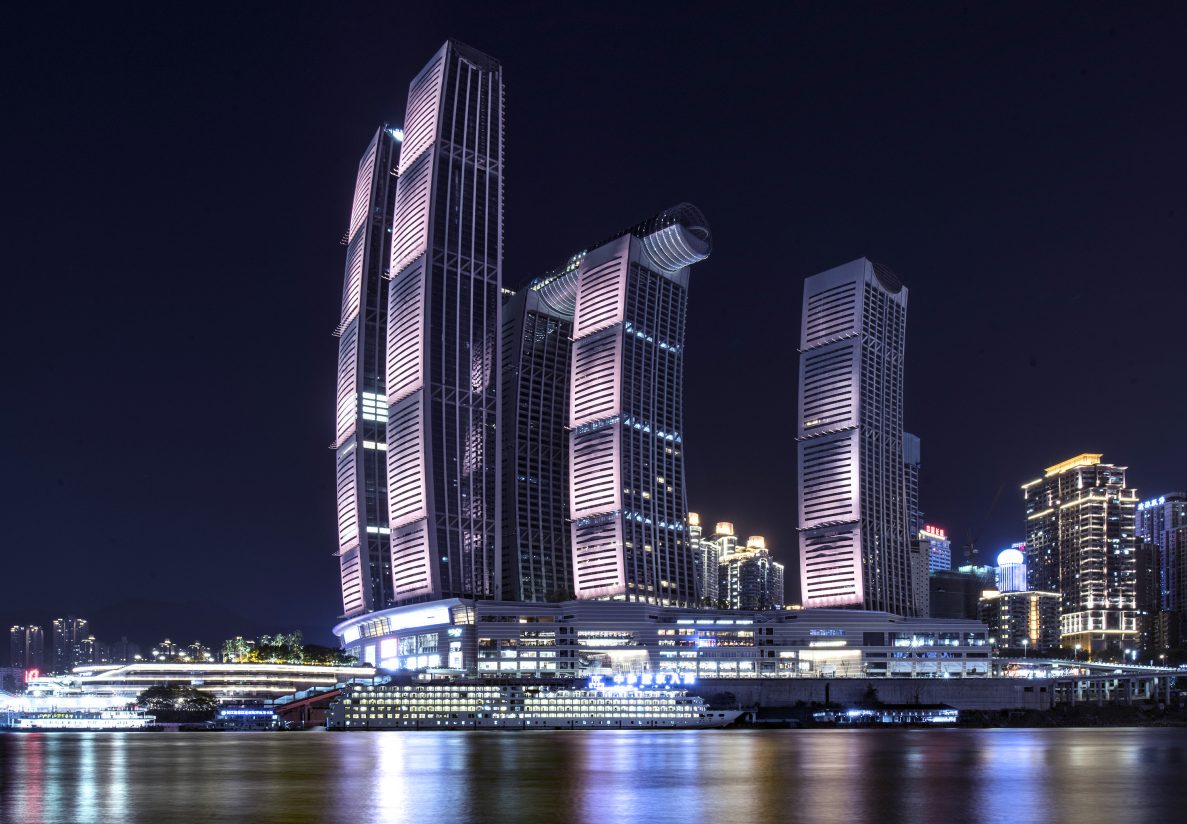 Spanning across four accessible towers, at a length of 300 meters, the Crystal also connects to two of the development’s taller towers via linking bridges. Considered a ‘horizontal skyscraper,’ the Crystal houses 15,000 sq.m. of facilities including gardens, numerous dining options, bar and event space, a residential clubhouse, infinity pool, and hotel lobby. A public observatory offers visitors unobstructed views of the confluence of the Yangtze and Jialing Rivers through a glass-bottom, open-air viewing deck. The Crystal opened in late May and with interior programming and the opening of the observation deck to be completed and open soon. 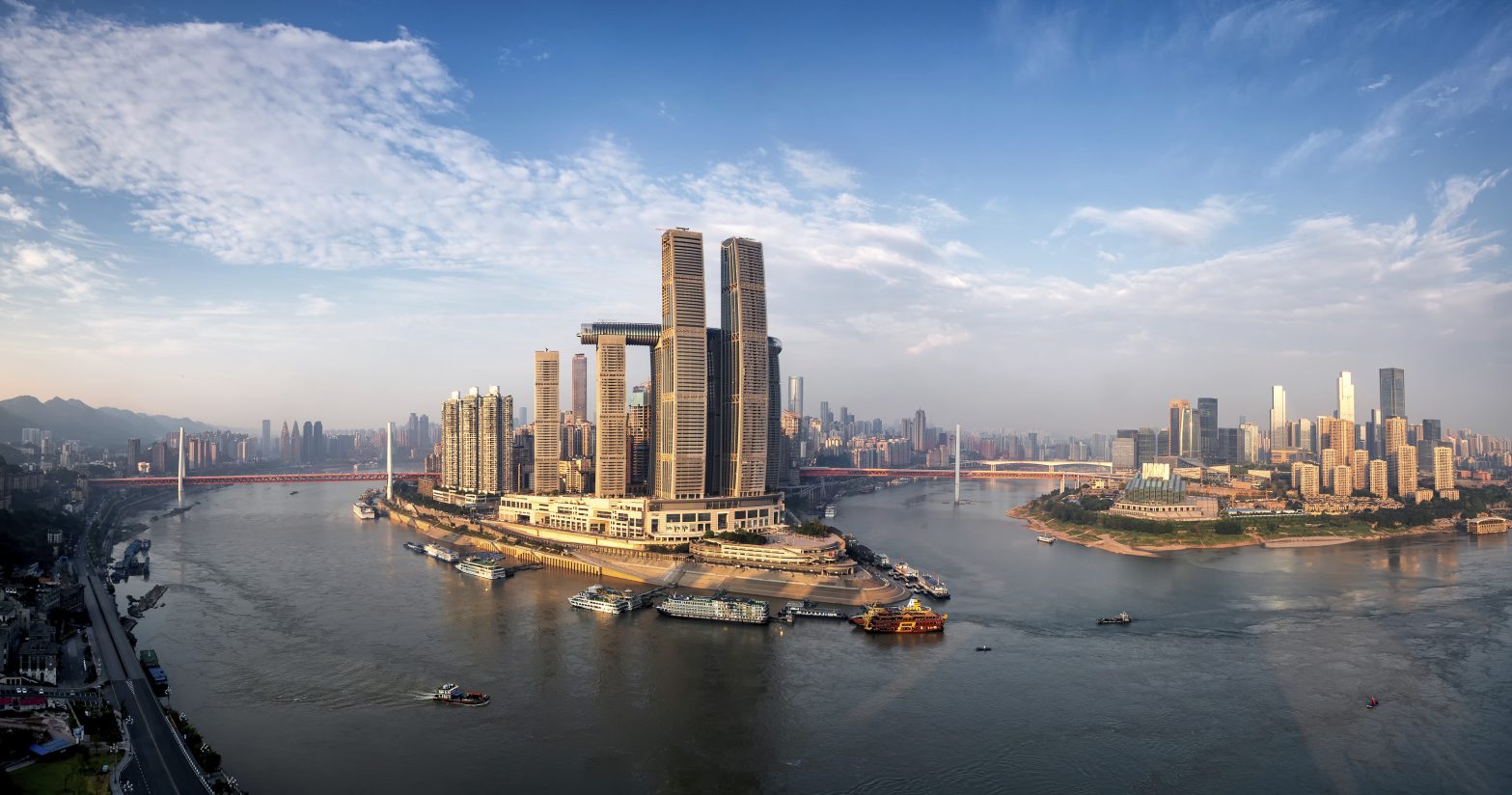